Before launching in the American market in 1958, Toyota Motor Company had been producing cars and engines for two decades. Born as a subdivision of the Toyoda Automatic Loom Works, its first Model AA rolled off the line in 1936 and the company produced cars and trucks throughout WWII, though its factory was bombed by the Allies just a day before Japan’s surrender. Following the war, Toyota was allowed to build civilian transportation to help rebuild the country’s infrastructure and soon the company was building vehicles for the American military as they fought in Korea the next decade. Toyota launched in the United States with the Toyopet Crown, but saw much more success in the 1960s as the Corolla and Corona found fans quickly for the cars’ affordability and gas economy, especially throughout the gas crisis in the 1970s. The Corolla would go on to become the best-selling car of all time, with an astonishing 50 million cars sold between 1966 and 2021. Toyota launched its popular Camry in 1982 and the Lexus luxury division in 1989 with the LS400. The company refocused on trucks like the T100 and the Tundra while also stretching into sportier cars like the Supra and the Celica. Toyota also pioneered electric vehicles, launching the world’s first gas-electric hybrid in the form of the Prius in 1997. Following a series of natural disasters in Japan through the 2010s, Toyota reclaimed its crown as the largest carmaker in the world in 2020, and announced a new focus on robotics, electric vehicles and autonomous vehicles to help maintain its status into the future. 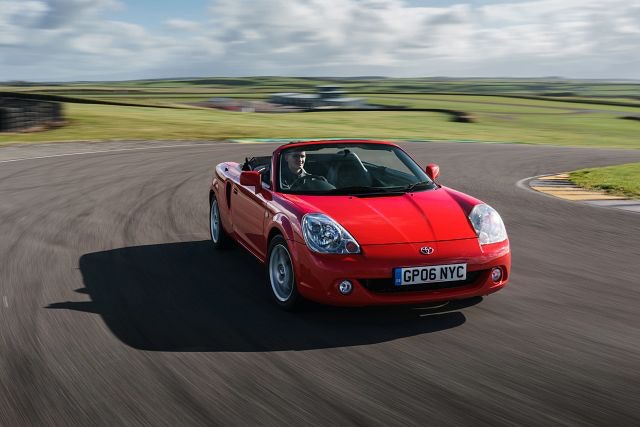 Supra
Back to Make