While perhaps more recognizable today for partnerships with Ford and Dodge, Carrol Shelby began his car-building career after a heart condition ended his car-racing career. Shelby American launched in 1962 when he dropped a 260-cid Ford V-8 engine into an AC Ace roadster, giving birth to the Shelby Cobra. Ever the racer, within three years of its release the car had won the World Manufacturers' GT Championship. That success led to a long-time partnership with Ford, where Shelby would make the already-sporty-looking Mustang into a more performance-focused car. He created the now-legendary Shelby GT350, which eventually graduated to the GT500 with a big-block V-8. Shelby retired in 1970 (and spent some time on the chili cook-off circuit) before rejoining his friend Lee Iacocca at Dodge in the ’80s. Shelby started punching up the Charger, the Daytona and helped introduce the Dodge Omni GLH (which stood for Goes Like Hell!) as part of his standalone company Shelby Automobiles Inc. The final chapter of Shelby vehicles saw his return to a partnership with Ford when he consulted on the Ford GT in 2002, which led to a return of the Ford Shelby GT500 Mustang in 2005, and the supercharged GT350 in 2011. Shortly before Carroll Shelby passed in 2012, Shelby American released the Shelby 1000 with a whopping 950 horsepower: a fitting final release for one of the automotive world’s true legends. 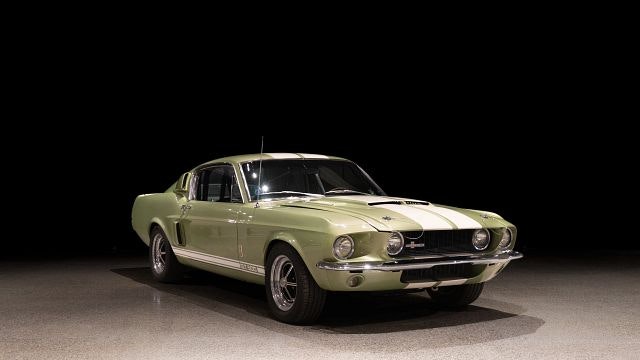 Series 1
Back to Make