Many great corporations started in the garage, and MG is no different. In fact, its name stands for Morris Garages, which was a service center that earned a reputation for the tuned-up Morris Oxfords it produced as a way to boost sales. Eventually those cars, badged as MG Super Sports, became popular enough to justify building a company around them and so in early 1928 the group moved out of the garage to become the MG Car Company. MG produced a variety of stylish, sporty and often quite small cars: open-air roadsters, coupes, and a line of Midgets that were available on and off through the late ’70s. These tiny cars were quite popular in motorsports applications; the famed “Magic Midget” was the first 750cc car to cross the 100mph barrier in 1931. The MG finally hit the States after WWII and was immediately popular with servicemen who loved the vehicle after discovering it during their time overseas. Around this time the company was rolled into the British Motor Corporation (BMC) alongside Austin Motors and later, Jaguar. For many collectors, this is the peak MG era thanks to the release of the MGB in 1962, a classic two-seater four-cylinder convertible that was quick, light and affordable. The MGB lasted through 1980 and eventually added a hatchback coupe version (the MGB GT)and available, V6 and V8 engines. A variety of ownership changes through the years landed MG in the hands of China’s Nanjing Automotive Company in 2005; MG continues to develop MG vehicles through a London-based design team collaborating with manufacture facilities in China. The company released the super small MG3 in 2013 to solid sales, and its range has expanded to a line of vans, SUVs and electric vehicles. 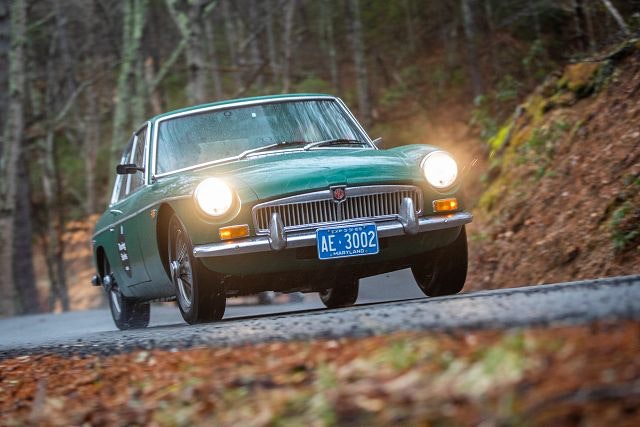 YA
YB
YT
Back to Make