Created to be the Ford Motor Company’s mid-level brand, the Mercury line of automobiles lasted for more than seven decades and produced classics like the Monterey, the Comet, the Cougar, and for a brief moment in the 2000s, the Marauder. Launched by Edsel Ford in the late 1930s, the brand had an early hit with its Mercury Eight, though the brand paused production just a few years later due to WWII. When it re-emerged, it would be in a sales partnership with another Ford brand, to be known as Lincoln-Mercury. The company’s sales soared through the late 1940s and early 1950s, thanks to the 9CM, which boasted a flathead V8 engine that produced 110hp; the car and its predecessor became popular street rods, no doubt influenced by the 9CM that made an appearance with James Dean behind the wheel in “Rebel Without A Cause.” The next big Merc to hit the market was the Comet; after fighting some reliability issues, a publicity stunt where five Comets spent 42 days driving over 100mph nonstop at the Daytona Motor Speedway helped push customer confidence and solid sales. Mercury’s contribution to the Performance Era was the Cougar; a slightly bigger, slightly pricier version of the Ford Mustang that emerged in 1967 alongside another popular model: the Marquis. As the Cougar grew through the 1970s (eventually becoming available as a station wagon), the Marquis gradually graduated to become the Grand Marquis, which eventually became the brand’s best selling car of all time. Elsewhere throughout the ’80s, the Topaz and Sable showed Mercury’s attempts to evolve, as did the Merkur: a spinoff that tried to make the American marque appealing to buyers of imports like Audi, BMW and Mercedes-Benz. (It barely lasted six years, just one year longer than the Edsel.) While new SUVs like the Mountaineer and the Mariner were developed, they weren’t enough to keep Mercury moving, as the final Grand Marquis rolled off the line in 2011. 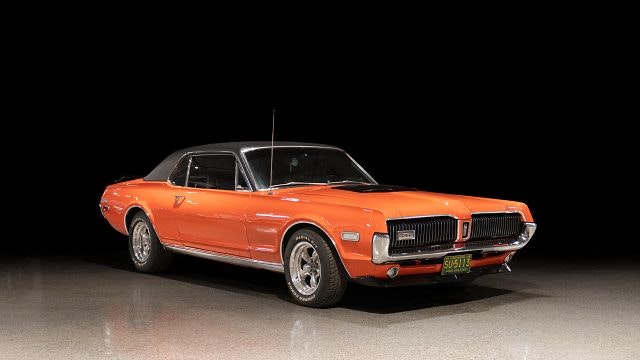 Voyager
Back to Make