Jeep’s origins date back to the beginning of WWII, when the US Army put out a call for a light 4x4 reconaissance vehicle. A design created by a freelancer for the Bantam Reconnaissance Car was scaled up by Willys and Ford, and over the course of the war the two companies produced about 640,000 Jeeps for all branches of the American military. Jeep’s civilian life started under Willys, who continued to produce those same Jeeps under the CJ-2A moniker. Willys also introduced the Jeep Wagoneer SUV in 1963, though the company still remained largely focused on producing vehicles for military use. An ownership change to AMC in 1969 prompted the development of one of Jeep’s most popular models ever: the Cherokee, which emerged as a solid-body SUV in 1984. Chrysler acquired the company in 1987 and rolled out the Wrangler the same year; under DaimlerChrysler Jeep only grew in popularity as the Grand Cherokee found even more fans. Jeep emerged from Chrysler’s 2009 bankruptcy under Fiat control, which developed the Renegade subcompact SUV, reintroduced the Grand Cherokee and expanded Wrangler into a pickup model. Stellantis took ownership of the brand in 2021, with plans to bring Jeep into the electric era. 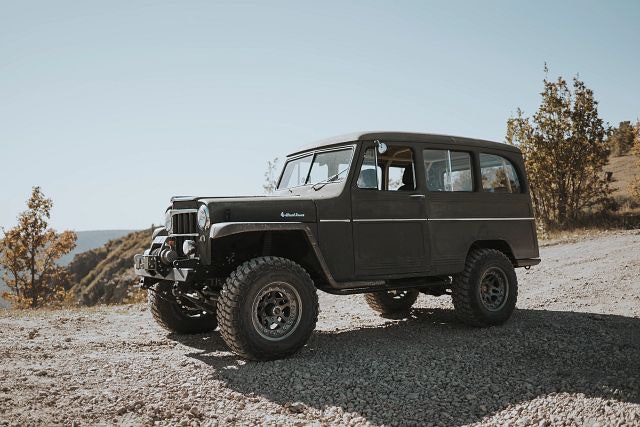 Wagoneer
Wrangler
Back to Make