Originally conceived as the Swallow Sidecar Company in 1922 by founder William Lyons, the company that would become Jaguar soon pivoted into luxury car making and sports car production. Its first model, the SS1, rolled off the lines followed soon after by the SS Jaguar in 1935. The company’s Jaguar line became so popular the entire organization was renamed around it, though the “SS” nod to the original name didn’t make it past WWII. Following the war, Jaguar launched some immediately memorable models including the XK120 (the fastest production car on earth at the time, with a top speed of 133mph) and the super sleek and sporty C-Type. The company’s capstone of this era was the release of the legendary E-Type (known as the XKE in America), which was famously described by Enzo Ferrari as “the most beautiful car ever made.” In the mid-1960s, the purchase of one of its suppliers forced Jaguar to partner with the British Motor Company to create British Motor Holdings Limited. A decline in demand for luxury vehicles as well as a decline in quality led Jaguar to be spun off about a decade later. With its return to independence, the ’80s were a time of resurgence for the company, rolling out the powerful XJ-S HE and the stylish XJ-S convertible. That success caught the eye of Ford, which arranged to purchase the company in 1990, moving the enterprise into Ford’s Premiere Auto Group with Aston Martin and eventually Land Rover. Ford hung onto the company for nearly two decades, introducing the new flagship S-Type in 1999, before arranging to sell it to Indian-based Tata Motors in 2008 along with Land Rover. Today’s Jaguar continues its legendary reputation for luxury through models like the I-Pace SUV (Jaguar’s first electric car) and the F-Type sports car. 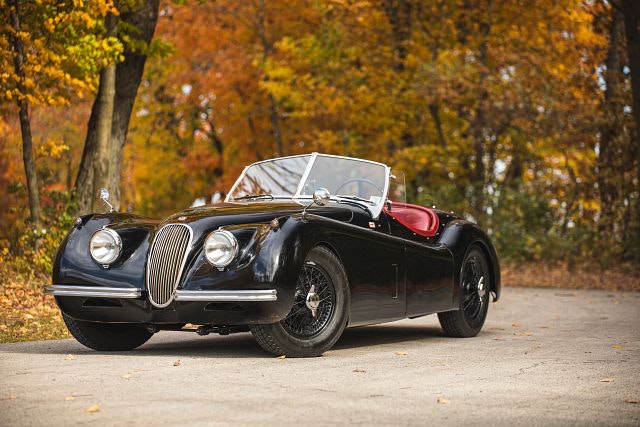