From their legendary racing team to their sought-after supercars, Ferrari’s global reputation is all about performance and power paired with style. Ferrari’s high-speed roots go back to 1929, when Enzo Ferrari launched “Scuderia Ferrari” as part of the Alfa Romeo race team. He split from Alfa in 1939 and thanks to WWII and some legal wrangling about the use of his own name, it wasn’t until 1947 that Ferrari rolled out his first vehicle under the Ferrari name. Vehicles from Ferrari weren’t originally intended for sale to the public — only for racing — but eventually the hand-built, custom-crafted cars were on the street generating funds that were used to support the race team. It didn’t take long for the extremely limited number of cars produced to become highly sought after; Ferrari supercars start with six-figure price tags and count legendary models like the California Spider, the Testarossa and Enzo’s final model, the F40 among the most sought after. 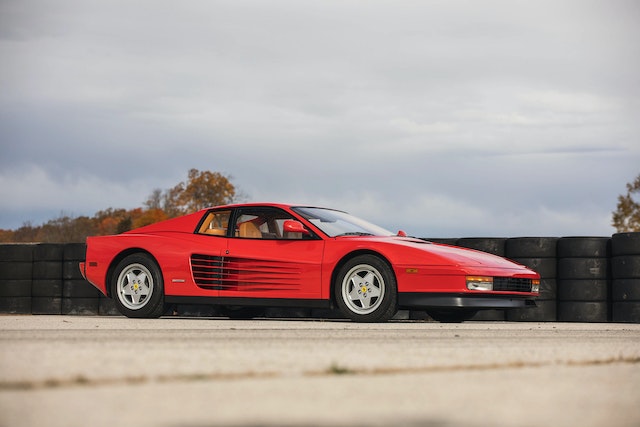 Testarossa
Back to Make