Before there was Nissan, there was Datsun. The first Datsun hit Japanese streets in 1914 when the DAT-Car (named for the first initials of the company’s investors) was unveiled. DAT went on to produce cars and trucks for the Japanese for the next few years until the government ruled that drivers behind the wheel of low-powered vehicles (engines smaller than 500cc) didn’t need licenses. With that, DAT-Son (or “Son of DAT”) started rolling out smaller cars in 1931. The company renamed itself Datsun in 1933, and the brand was off and running. Datsun landed on U.S. soil in 1958 with the Datsun 1000 sedan and truck; later models like the Fairlady 1500, the 1300 Bluebird (an early precursor of the Altima and Maxima) and the 510 all helped solidify Datsun’s stateside reputation as a maker of light, quick, reliable, efficient and inexpensive cars. The high point of Datsun’s output was the 240Z, a stylish six-cylinder sport coupe built in the long-hood short-deck style of Jaguar’s popular E-Type. The 240Z ballooned up to a 260Z and a 280Z model through the 1970s before the parent company sidelined the name in favor of bringing everything under the Nissan moniker in 1981. Datsun then went dark for decades but has had a recent revival with a line of low-cost cars built for India, South Africa and other south Asian countries, starting in 2013 with the Datsun Go. 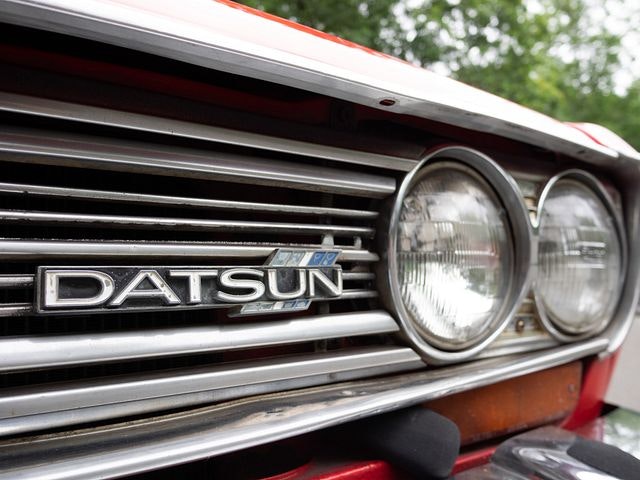 Fairlady
Back to Make