Founded in 1925 by Walter Chrysler after acquiring the failing Maxwell Motor Company, Chrysler quickly built itself into Ford and GM’s main competitor by subdividing its brands and acquiring others: Plymouth and DeSoto became the company’s entry- and mid-level offerings respectively, and Dodge entered the fold with its fleet of cars and trucks. Chrysler itself became known for vehicles like the Chrysler Six, the Model 70 and the Airflow: the first aerodynamically-designed automobile tested in a wind tunnel. Following WWII the brand largely stayed out of the horsepower wars of the ’50s and ’60s, save for the first incarnation of the Chrysler 300, which was equal parts sporty speed and luxury (The company’s Plymouth line of muscle cars like the Barracuda, Road Runner and the Superbird helped fill the gap.) The ’70s saw the release of the popular Cordoba and LeBaron models, but by the end of the decade the company needed a revival thanks to recalls of the Volare and Aspen. Enter Lee Iaccoca, who shepherded the company out of its fiscal straits by negotiating a loan guarantee with the U.S. government, and introducing the K-Car line of small, efficient, economical vehicles. The company also pioneered the minivan, which would dominate the auto market for decades. Chrysler exited the ’80s with momentum following the purchase of AMC and Jeep, which carried through into the ’90s with the Dodge Ram, the Dodge Viper and a partnership with Daimler-Benz to create a new company: DaimlerChrysler. That partnership lasted for nearly two decades, until the company was sold to a private equity group, filed for Chapter 11 after the Great Recession of 2008, spent some time controlled by Fiat, and later ended up in the hands of Dutch auto corp Stellantis in 2021. 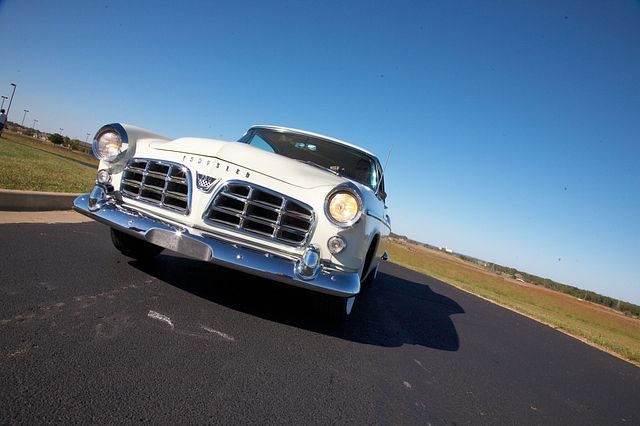 Windsor
Windsor DeLuxe
Back to Make