What is a Modern Classic Car?

The automotive world is nothing if not subjective. Outside of their actual mechanical operations, very few things are cut and dry when it comes to classic, antique, vintage and luxury vehicles. Even the definition of what years make up a true “classic” car needs to be is up for debate, which makes figuring out what a Modern Classic is even more difficult.

To help determine what we’re talking about when we discuss Modern Classics, let’s break it down a bit:

What are we defining as “Modern”?

Car and Driver calls the Modern Classics “Gen X vehicles for Gen X collectors,” which is a great place to start. For the purposes of a modern classic car, we’re looking at vehicles that are past the Muscle Car era but preceding the last decade. Most sources look to the late 80’s as the oldest of the Modern Classics, all the way through the early-mid 2000’s for the tail end of the era.

Another way to look at it is in terms of technology - does the car feature some advanced level of computerization under the hood? Something beyond a basic electronic fuel injection or an emissions control system? We tend to think that true “classics” can be wrenched on from bumper to bumper, while a Modern Classic usually has some part of it that needs to be plugged into a diagnostics system or a tuning computer.

What are we calling a “Classic”?

Your great-aunt’s first-generation Ford Taurus need not apply, but her Dodge Viper is welcome to join the party. We’re looking for cars that are at least as desirable now as they were when they rolled off the line, if not more so. Modern Classic cars have also held much of their resale value through the years, so if you see an older car for sale at a price that could get you something new off the lot, that’s another good indication of a Modern Classic.

Styling is where the Modern Classic really starts to get interesting. Whereas classic muscle cars and supercars all share a particularly aggressive stance, Modern Classics can run the gamut from a VW Golf to a Honda Civic, with BMW M3s and Acura NSX’s in between. Collectors are still generally looking for a car to have the potential speed, two doors are preferred over four and it needs to have a certain style charisma, though.

Remember when we said these things were subjective? This is what we mean - but it’s fun to argue about, isn’t it? This also means that for Moderns, there’s rarely a real “right answer” … so if you want to make a case for your Dodge Magnum wagon, we’re listening. (We’d probably even agree with you.) 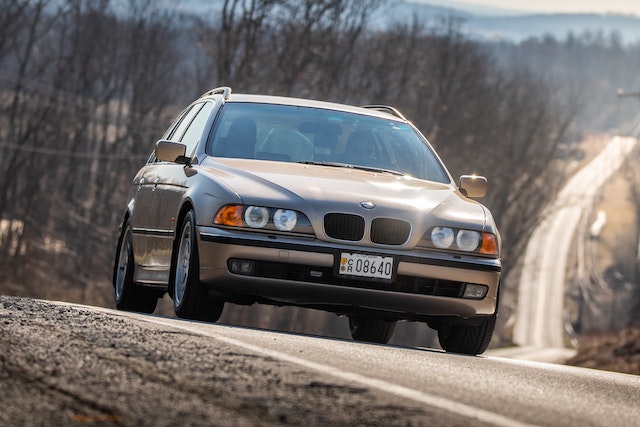 What makes a Modern Classic a great choice for a collectible car?

The Modern Classic era was a new golden age for vehicles, with advances being made in safety, comfort, performance and most of all, speed. This breed of cars offers a mix of innovation, high performance, usability and overall affordability. We mostly love that many of these cars aren’t priced stratospherically high and can also be used a bit more frequently than a crazy-expensive supercar or trailer queen.

Modern Classics can open up the world of collectible vehicles to a wider swath of the population, so if you’re interested in a collectible car that won’t break the bank or swallow up your kids’ college fund, this is the place to start.

For better or worse, a variety of factors have conspired to put the classic cars many of us grew up idolizing out of reach. The muscle cars of many of our youths continue to inch (or in some cases, skyrocket) higher in price thanks to things like increasing scarcity as time goes on, the rise of televised auto auctions and the wide audience that the web brings to sellers.