Across seven generations of cars in constant production since 1964, the 911 model is probably what you picture when you think of Porsche. The model actually started its existence as the 901, but thanks to some potential litigation from Peugeot (who “owned” three-digit model numbers with a zero in the middle) Porsche bumped it up to 911 and automotive history was made. Originally designed as a beefier successor to the Porsche 356 with 2+2 seating, the 911’s styling features its legendary fastback design and distinctive round headlights. When looking at the history of the 911, you can subdivide it into two chapters: the era of the air-cooled engine (through 1998) and the modern era of water-cooled engines. Always crafted with performance front and center, the 1972 911 Carrera was the world’s first production vehicle sold with a rear spoiler while Cabriolet versions emerged in the early 1980s. After nearly a decade in production, Porsche revamped the 911 for a new generation of vehicle starting with the G series; a generation that lasted all the way through 1989. The 911 took another giant leap forward when Porsche introduced a turbocharged engine to the lineup; the ensuing 930 Turbo model (with its giant rear “whale tail” and “tea tray” spoilers) is a perennial fan favorite. Later air-cooled models like the 993 edition added four-wheel drive, an all-aluminum chassis and multi link suspension for better handling, and eventually a twin-turbocharged engine. When Porsche switched gears in 1998 and totally revamped the 911 to a water-cooled six-cylinder engine, they also updated the styling to be more in line with its popular Boxster model (a move of varying popularity among Porschephiles). Since then there’s been near-constant enhancements year over year to the engineering, the aerodynamics and the look of the 911 as the company focused on the 996 and 997, GT and Turbo models throughout the ensuing years. Today’s 911 varietals start with the Carrera, where even the base model engine produces just shy of 400hp. 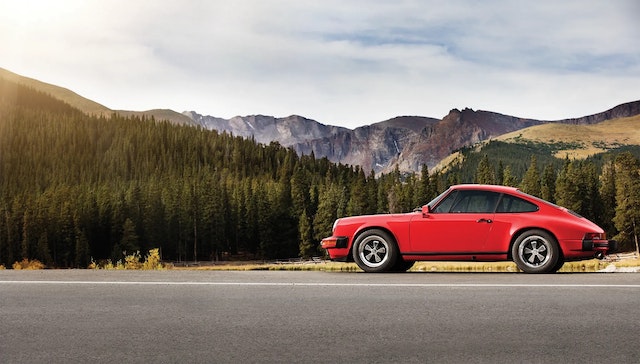