Was 1976 peak Brougham? I think so. I think it’s the year. Sure, the phenomenon of fully full-sized, V-8-powered, rear-wheel-drive luxury sleds with crushed velour and landau tops went on for decades after, but in ’76 it was everywhere, and in screw-the-fuel-economy, fully full-sized form. Also, it was the last year for the gigantic Eldorado convertible.

Sure, there were midsized luxury choices, like the Chrysler Cordoba and Chevy Monte Carlo, and you could even get a Vega with a landau top this year. But for the folks with deep pockets and wanting the full road isolation experience, you had to get the truly large domestic rolling stock.

There were a score or more on hand for your inspection, starting with Chevrolet Caprice Classics and Plymouth Gran Furys and Ford LTDs. If you kept moving up the price brackets, the Lincolns and Cadillacs sat at the peak. And make no mistake, Cadillac was king in ’76.

Certainly in the sales charts. Cadillac consistently outsold Lincoln in the ’70s, with the exception of the Continental Mark IV, which generally trounced the Eldorado. This, despite the fact that the Eldo was also available in convertible form and the Mark was not.

In 1967, Eldorado became front-wheel drive and available only as a two-door hardtop, in one of Bill Mitchell’s coolest designs, as a pricier, more luxurious razor-sharp version of the Toronado. But the drop-top came back in ’71. Confusing? You bet. But I absorb all sorts of useless automotive facts. If there is ever a “Brougham” version of Jeopardy!, I will win.

Between 1971–76, there was a pesky gas crisis, and proposed legislation (which never materialized) focused on improved roll-over requirements of U.S. cars made many Detroit execs nervous. In addition, the increasing popularity and decreasing cost of factory and aftermarket automotive air conditioning led to a decline in the demand for all convertibles. And so it was, with much fanfare, that the 1976 Eldorado convertible was announced as the final one.

There was a stampede. GM determined that it had about 14,000 convertible top mechanisms in stock, and, boy, it used every single one. Some just wanted the last new Cadillac convertible, to use and drive like any new car, some (many) were speculators who flipped theirs for thousands over the MSRP (which was not cheap in the first place), and, of course, many dealers took advantage of the situation and inflated the ask themselves.

Final sales figures for 1975 Eldorado convertibles—which had no LAST ONE! LAST ONE! fanfare—were 8950, while 1976 production rose to an even 14,000 units, a 156 percent jump over ’75 demand. And GM probably could have sold a couple thousand more at least, as everyone and their brother wanted one—and now!

Yes, 1976 was a grand year for Cadillac, with giant lux yachts roaming the earth. Each of these fantastic, plush, open-topped conveyances turned in a curb weight of 5153 pounds and an overall length of a smidge over 224 inches. And all 1976 Eldorados, de Villes, and Fleetwoods sported an impressive 8.2-liter, 500-cubic-inch V-8. Most breathed through a four-barrel Quadrajet carburetor. Fuel injection was optional but could be problematic; few came so equipped. But the recently-introduced Seville, in ’75, was the future, at least in overall packaging. Luxury in a more manageable size.

Though the mighty Eldo would hang on in all its massive glory—in coupe version only—through 1978, the ’77 C-Body Cadillacs would be smaller and much more in keeping with the Seville’s design aesthetic. There were smaller engines as well (with “only” a 425-cu-in V-8 instead of the former 500-cube unit) and yet more room at the same time. The future had arrived.

But as you may expect, there were lots and lots and lots of ’76 Eldorado convertibles stuck in hermetically sealed chambers, jealously hoarded by speculators. Which translates to many primo examples, never-driven or seldom-driven, being available today—like this one, recently spotted by yours truly on the electronic bay some time back.

Not only is it in remarkable condition, the color combination stopped me in my tracks: Greenbrier Firemist with white Sierra grain leather and green trim, and a white top. It has the very attractive and optional fiberglass parade boot, too. Oh, and only 34,000 miles. Nice! It appears to be ready to go, a running and driving vehicle. There are, I’m sure, many ’76 Eldorados with five miles on the odometer that haven’t turned a wheel since 1976 and will need EVERYTHING to get running. Not this one, apparently. 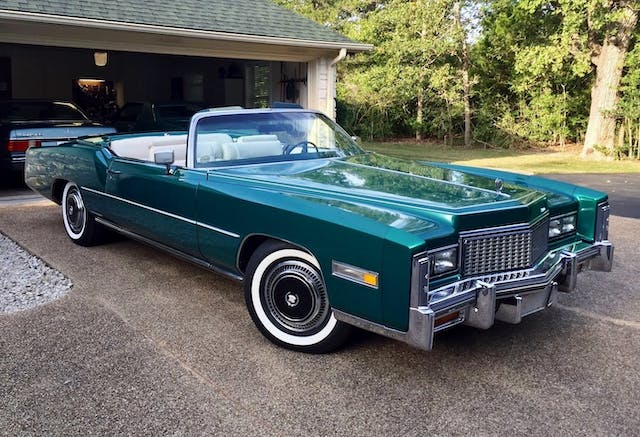 This fine green motor yacht was listed about three years ago, and I was so smitten I jumped right onto the eBay link and saved them in ‘The Vault’—also known as my computer desktop. Oh, and was this the last Cadillac convertible, as it was so frequently hyped, by dealers and Cadillac itself? Nope. In 1984, the Eldorado convertible returned, much to the chagrin of those who bought ’76s for investment purposes. The folks who bought one to enjoy, drive and love, probably just laughed. 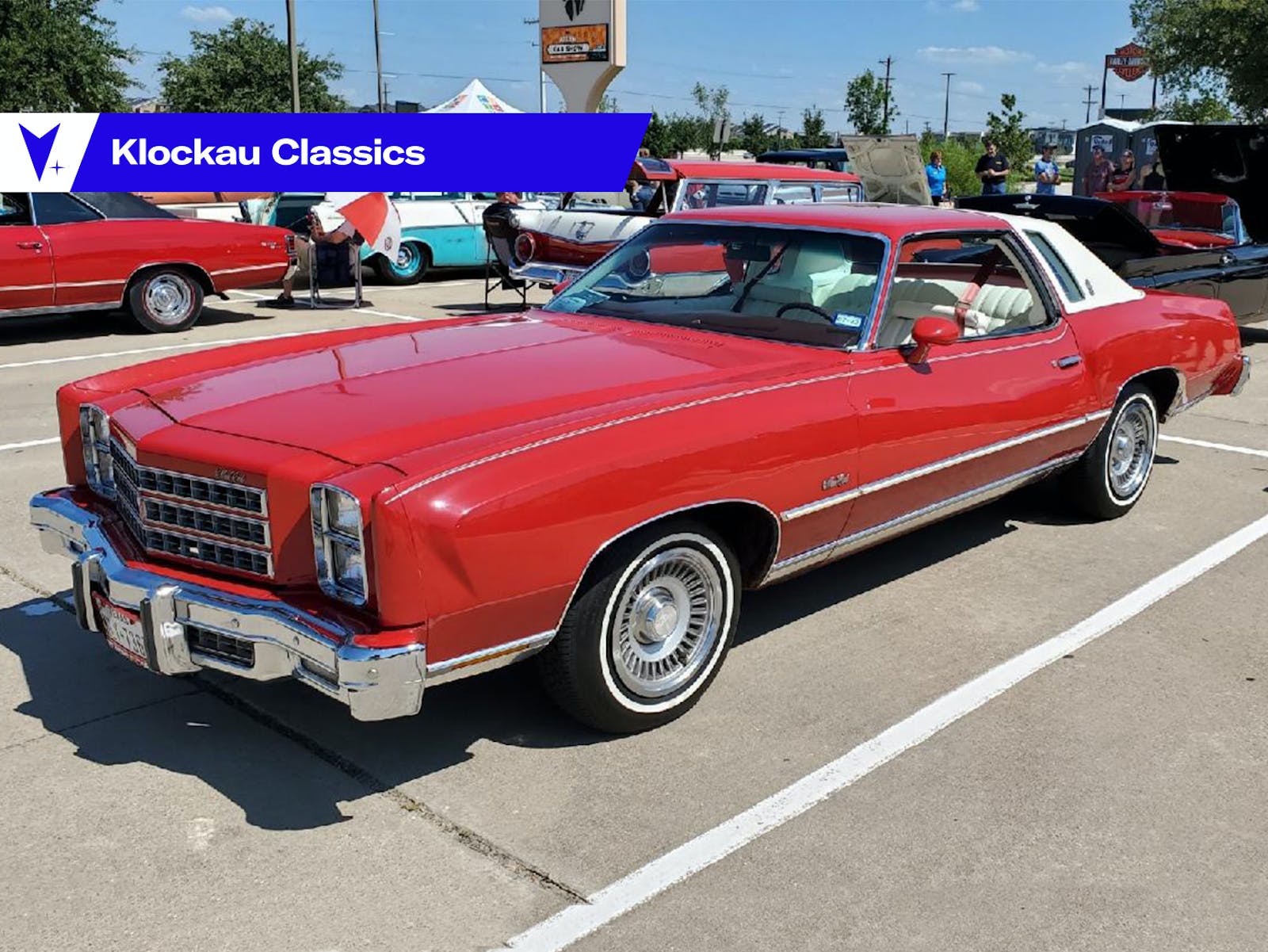 Get an insurance quote
A Story About
Leave comment
Read next Up next: Polestar Precept is a dream come true