Intake: The third model year of the mid-engine Corvette brings the expected uptick in price, a $1200 premium that accompanies a handful of new colors—Hypersonic Gray, Caffeine, and Amplify Orange Tintcoat—and a few mild upgrades to the LT2 at its heart. Engineers have upgraded the V-8’s upgraded direct-injection fuel system, rejiggered the engine calibration, and enabled the cylinder-deactivation setup (Active Fuel Management, in Bow Tie lingo) to operate over a wider operating range. Power remains unchanged. For $6595, 1000 customers will have the opportunity to bask in the glory of the C8.R’s immensely successful first GTLM season, where it swept Manufacturers, Drivers, and Team titles. The tidily named IMSA GTLM Championship Edition starts as a 3LT, Z51-equipped car and adds yellow brake calipers, Black Trident wheels with Corvette Racing’s Jake on the center caps, a yellow-and-grey cabin with GT2 seats (or Competition Sport ones, if you prefer) and yellow seat belts. Exterior paint and graphics honor either the yellow #3 racer or its gray #4 teammate.

Exhaust: As the first limited edition in the C8 line, and one that honors the mid-engine platform’s undeniable on-track prowess, the 2022 IMSA GTLM Championship Edition has the right ingredients for collector desirability. As always, time and the market will have the final say.

Intake: Weeks before its global debut on Wednesday, June 23, Honda’s announced that the redesigned 2022 Civic hatch will retain an optional six-speed manual transmission. (The ’22 sedan is auto-only.) Breathe a collective sigh of relief. We’d expect the spicier, 180-hp turbocharged inline-four engine to be the standard dance partner of choice with this gearbox, and not the 158-hp, naturally aspirated 2.0-liter; but whether Honda will offer the six-speed with both powerplants is unconfirmed. The image released by Honda doesn’t offer much information about five-door’s exterior, so stay tuned for our coverage of the fully revealed car in a few weeks.

Exhaust: Fears abated for enthusiasts—it seems Honda still listens to the customers who want to shift their own way from A to B in something practical, affordable, and stylish. By all accounts, Honda’s decision is a sound move.

Intake: Hot Wheels die-cast cars were the entry point for many a gearhead, and now its Red Line Club has created another level for collectors and enthusiasts. The highest quality and the rarest models are reserved for club members, and these models often include details that don’t make it to mass production: for instance, adjustable suspension. The latest addition to the Red Line Club is a Spectraflame Oxblood 1969 Chevrolet C10 that allows collectors to spec a traditional truck ride height or dump it on the ground like a true custom. A shop truck-style logo adorns the doors and makes this Chevy look like it might do some work—until you remember it’s a toy. If you have to have one, be sure to join the Red Line Club ($9.99) and place your pre-order for the truck ($24.99) before June 14.

Exhaust: It takes a minute to separate the Hot Wheels name from memories of playtime as a kid, but pieces like this hot-rod shop truck are perfect for bringing a bit of the garage to your dresser or desk. With the rise in value that ’67–72 C10s have experienced in the last few years, this might be the cheapest way to have your own custom, regular-cab short-bed.

Intake: Starting today, you can place your order for a 2021 Ford Raptor. Ford waited until the last minute to reveal that the peak power and torque figures remain unchanged at 450 hp and 510 lb-ft, the same as those of the previous Raptor. However, while the previous high-output 3.5-liter EcoBoost V-6 posted peak torque at 3500 rpm and peak power at 5000 rpm, the new tune ramps up the torque sooner, getting the full output at 3000 rpm, while power continues to rise all the way to 5800 rpm.

Exhaust: Even though the peak power and torque numbers remain the same, having a wider powerband should make the high-output 3.5-liter EcoBoost V-6 an even better all-around performer. With more torque available earlier, the Raptor will pull harder lower in the rpm range and the extra power higher in the rpm range should allow it to take even more advantage of its 10-speed transmission by raising shift points and staying in gear longer before needing to upshift, getting the most of the transmission’s torque multiplication. With more power under the curve, drivers might not even notice the extra mass of those newly available 37-inch tires.

Intake: BMW is the latest manufacturer to join the dual-purpose LMDh prototype class, joining Audi, Porsche, and Acura in both the World Endurance Championship and the IMSA SportsCar Championship for 2023. We last saw a BMW factory entry tackle the Circuit de la Sarthe in 1999, when the funny-faced, Williams-built V12 LMR prototype took first overall. The LMDh classification means that the upcoming racer’s powertrain will be a hybrid affair, though in the WEC races BMW may face both hybrid and combustion-only entries from Toyota, Glickenhaus, ByKolles, and Peugeot. BMW M boss Markus Flasch broke the news on Instagram this afternoon.

Exhaust: Another heavyweight name enters the LMDh roster. With BMW’s withdrawal from DTM after 2020, and its reduced commitment to IMSA’s GTLM class for the 2021 season, the time is ripe for heavy investment in a high-profile prototype class like this one.

This tuner AMG wagon will do 217 mph

Intake: German tuner Posaidon has boosted the Mercedes-AMG E63 wagon to an insane 940 hp that will leave supercars in its wake. The car’s four-litre twin-turbo V-8 has upgraded turbochargers, new cylinder heads, valve seats, a new air filter, a less restrictive exhaust, and some fettled electronics for the engine and transmission. Oh, and a water/methanol injection system is fitted for bonus lolz. Sending 944 lb-ft of torque through the all-wheel-drive system the Posaidon is said to hit 62 mph from rest in less than three seconds and keep going to 271 mph. If that sounds a little excessive Posaidon offers tune-ups in 830- and 880-hp versions. You’ll also need an AMG E63S to start with and a lot of Euros.

Exhaust: Mercedes-AMG’s move to all-wheel-drive has allowed ever more power to be put to pavement. No doubt there’s a certain appeal to turning up at a drag strip and humbling hypercars in a family hauler.

Intake: Ferrari’s new boss Benedetto Vigna is an electronics genius who will lead Ferrari to its electric future. Vigna will join Ferrari in September to replace Louis Camilleri who retired in December. While Camilleri was something of an old-school industrialist who once said that he didn’t believe that Ferrari would go fully-electric in his lifetime, Vigna is a subnuclear physicist who built his career in the electronics industry. “His deep understanding of the technologies driving much of the change in our industry, and his proven innovation, business-building and leadership skills, will further strengthen Ferrari and its unique story of passion and performance, in the exciting era ahead,” said Ferrari Chairman John Elkann.

Exhaust: Ferrari has committed to unveiling its first pure EV in 2025, and has already embraced hybrid power in the SF90 Stradale and the upcoming V-6 replacement for the F8 Tributo. Vigna has “all the right qualities, including importantly the technological capabilities,” to advance Ferrari into its electric era, said Chairman Elkann. 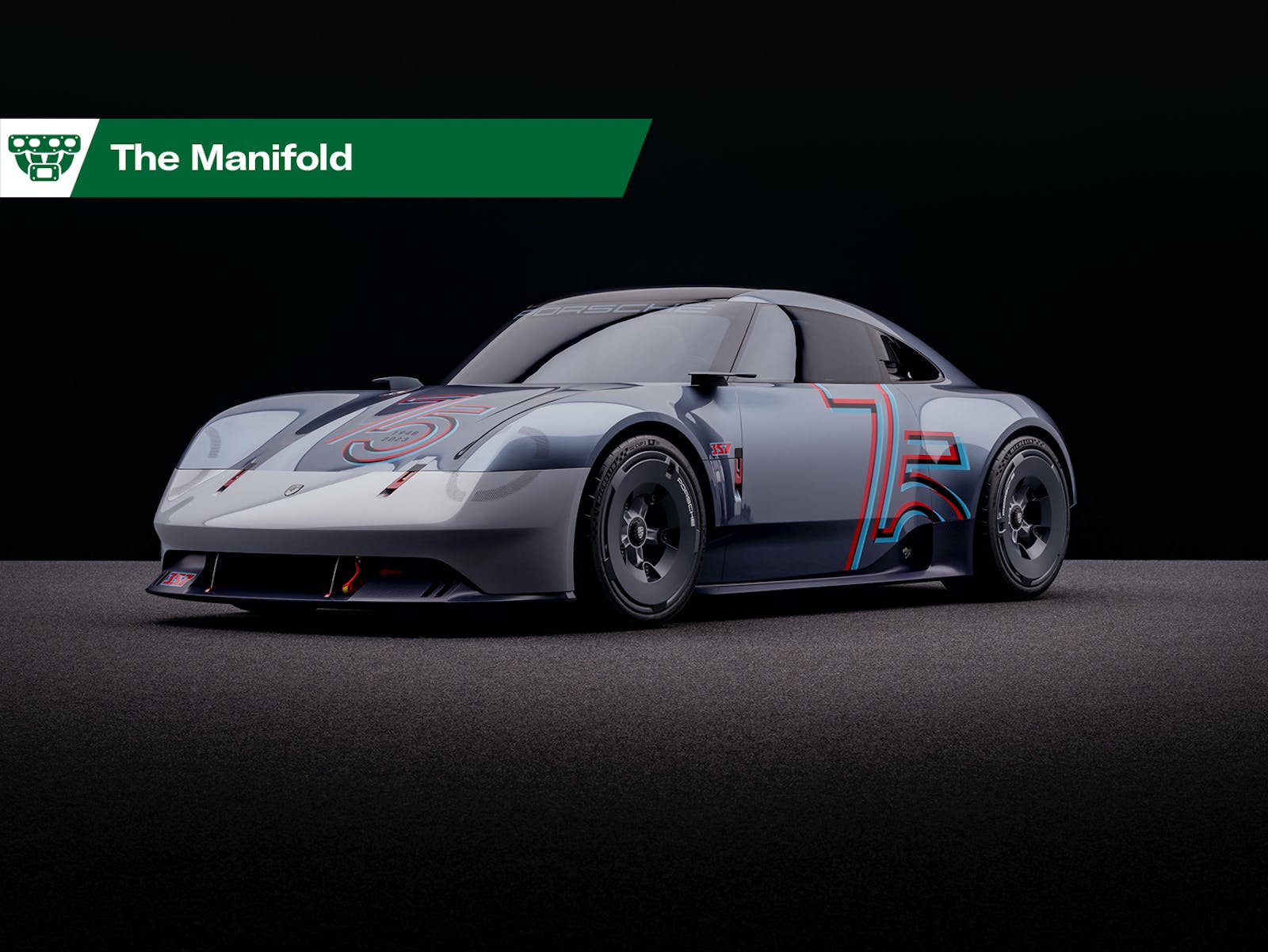 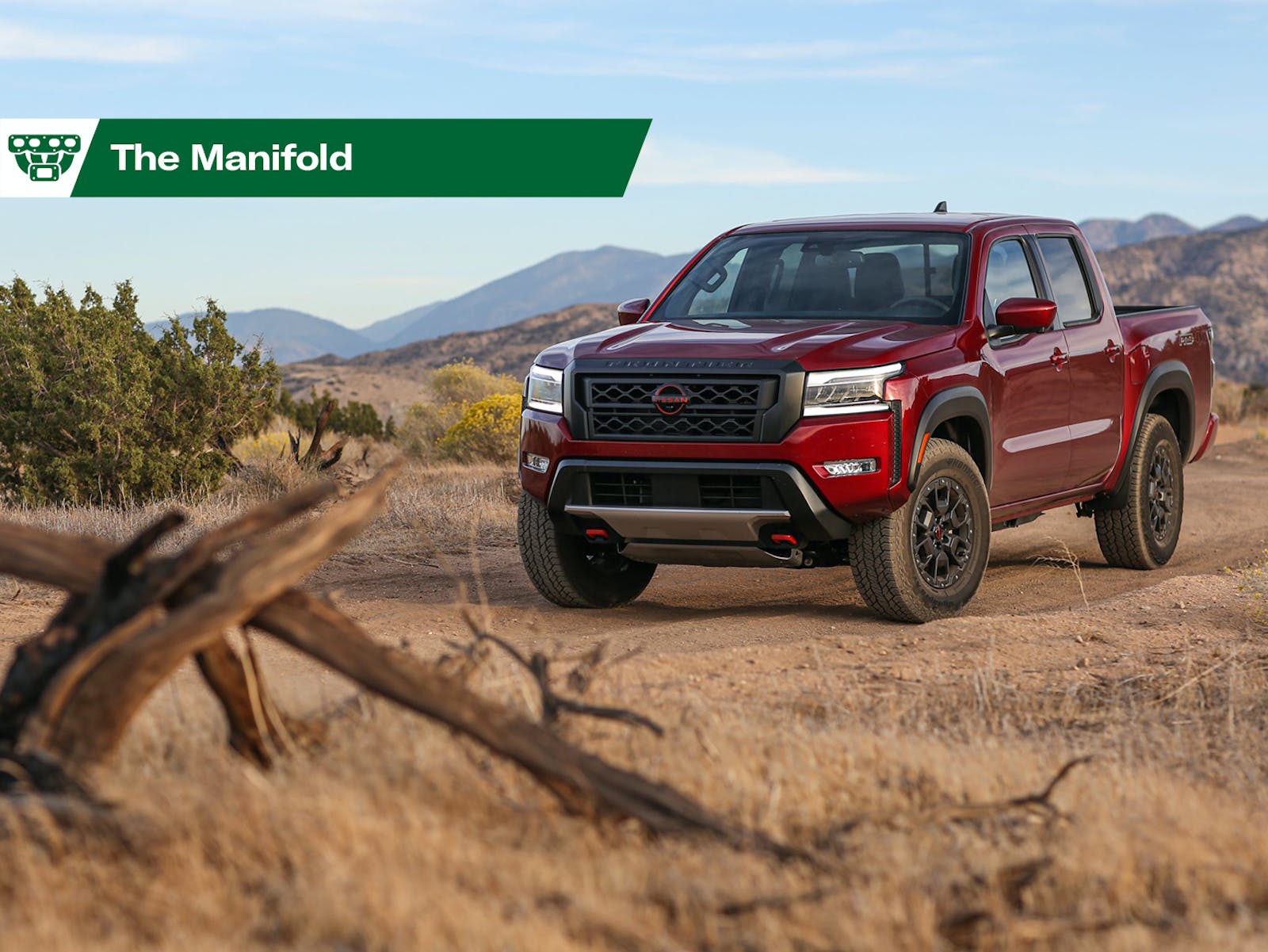 Get an insurance quote
A Story About
Leave comment
Read next Up next: The Zeppelin Connection: In the early 1900s, the need for speed linked airships and automobiles