There are plenty of cars from the ‘60s and ‘70s that offer beautiful designs and gutsy power plants that don’t neatly fall into the muscle car category. We’ve even offered up some more affordable, mid-size alternatives to the typical muscle car. This time, let’s delve into some of my favorite full-size cars from the era that, while heavier than their drag-strip hero counterparts, brought some big V-8 power to bear.

These cars were often the premier models in their respective brand’s showroom. They featured a more plush interior and often prioritized a smooth ride. While their rowdier muscle car brethren featured some of the same power plants in smaller, lighter packages and dominated the drag strip, these cars were built for the highway and are still perfectly suited for weekend cruiser or road trip duty.

Whether left totally stock, lightly resto-modded, or fully customized, here are six full-size coupes that are overdue for some adulation. That just means that when you can find them, these fantastic full-size coupes are often a bargain.

How have these cars flown under the radar for so long? From the front three-quarter view they look long and low, with a jutting grille that resembles the mid-size Mercury Cyclone. However, its rear three-quarter view is among the best of any car built during the decade. The roof is so low it looks chopped, and the taillights frame the car perfectly.

Barrett-Jackson sold a customized 1970 Thunderbird at their 2019 Las Vegas sale—the purple car you see above—that had the front of a 1967 Thunderbird seamlessly grafted on. The hidden headlights were a fantastic addition, but even in stock form they look amazing. The custom version, absolutely regal in metallic purple, went for $55,000. A well-preserved model will cost much less.

Power came from a 360 hp 429 V-8, but a Boss 429 would be killer. The Thunderbird’s engine bay should be a bit more accommodating of the massive engine than the Mustang’s.

We’ve sung the praises of the Buick Wildcat before, but here’s the chorus one more time: The Wildcat offers up a lot of the performance of the Impala SS without the premium price that comes with the collectibility of the “SS” badge. It brings fantastic looks, solid big-block power plants, and smooth cruising. The only problem is that they don’t come up for sale as often as their more popular B-body platform mates.

Wildcats have the benefit of riding on GM’s long-lived B-body chassis, so OEM brake and suspension upgrades are simple and affordable. Spindles and calipers for big disc brakes can be found on junkyard ‘90s Caprice cop cars or Impalas. Rear axle brake upgrades are just as simple.

The Pontiac Bonneville could be ordered with a more formal roofline, like the one found on the Grand Prix, but with the more traditional lines of the LeMans. The result is an upscale car without the polarizing nose of the Grand Prix. (That look would come to Bonneville the following year.) I also love the rear view of the Bonneville, with taillights that almost drape over the rear of the car, as they would a year later with the Thunderbird.

Pretty much everything I mentioned about the Wildcat applies to the Bonneville, as it also rides on GM’s B-body chassis. The difference is that the Bonneville got Pontiac’s potent, 390-hp 428 V-8. What’s not to love about this pavement-pounding full-size?

Mercury’s take on the personal luxury coupe for 1970 seemed a bit more forward-thinking than its Ford Thunderbird counterpart. Its squared of leading-edge was more formal and anticipated the look of future American cars yet it boasted a sporty fastback roofline. The overall package is a perfect amalgam of luxury and sportiness. Bonus points for hidden headlights.

Under the hood was Ford’s familiar 429, again in 360-hp trim. That’s modest power by today’s metrics, but even full-size cars of that era weren’t terribly heavy. Bump the displacement to 460 cubes or more, add a roller cam, massage the cylinder heads a bit, and you’d have all the makings of a sleeper.

Mopar’s C-bodies adopted “fuselage styling” in 1969. Dozens of unique Plymouth, Dodge, and Chrysler coupes, sedans, and wagons adopted this look, with varying success. Overall, my view is that that the 1969-1973 C-bodies have aged nicely. The Chrysler 300, particularly the 1970 Hurst variant, is a standout. Unfortunately, its 375-hp 440 big-block comes with a premium. They’re rare and pricey.

In contrast, the 1972 Plymouth Gran Fury is a relative bargain. Its massive, full-width chrome bumper was divided into two openings. It looks like it could eat a 1970 Coronet and spit out its Slant Six in disgust. Not subtle or understated—exactly why the Gran Fury rules.

Last but not least, we have the AMC Ambassador. Perhaps the most overlooked full-size on this list, the Ambassador has gorgeous lines and offers up a 390-cu-in V-8 engine. I just love the bulges in the fenders and quarter panels, that match the bumpers, and the stacked taillights that almost mirror the headlights. The next-generation Ambassador, with its beautiful roofline, deserves an honorable mention, as well. It too had 390 power initially, giving way for the 401.

You won’t have trouble rebuilding or hot-rodding an AMC V-8 to keep up with any of the other V-8s on this list, but an Ambassador might prove trickier to restore. It still sounds like a worthwhile endeavor, especially for an AMC loyalist. 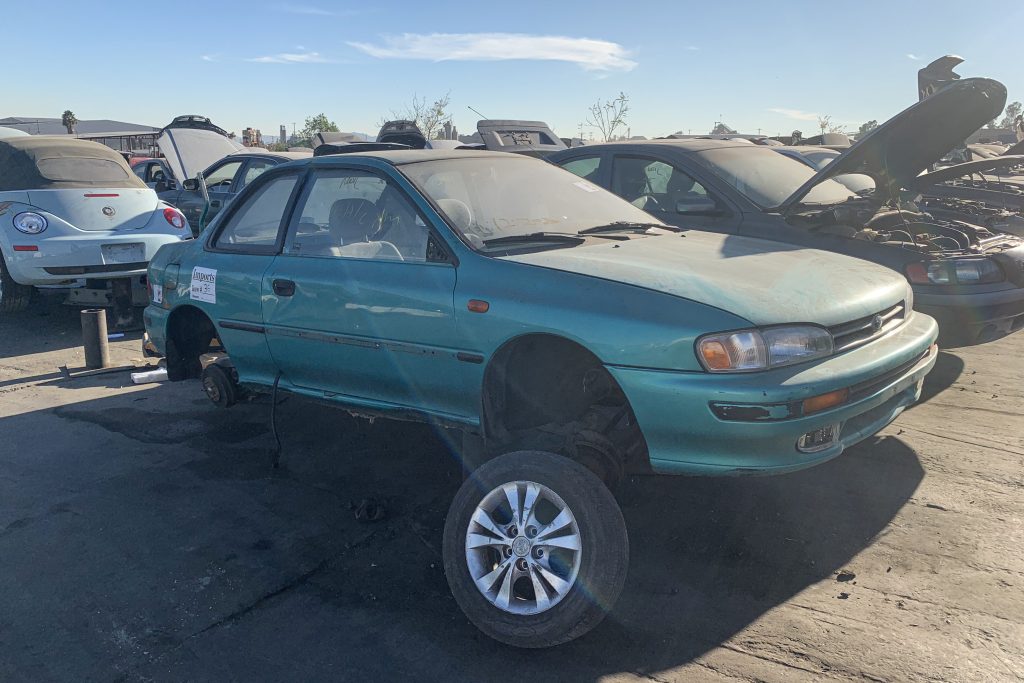