Who is Brian Makse and why is he here?

Although I’ve been writing and producing video content about cars for a decade, I still hear that same question, “Who is Brian Makse and why is he here?” Lately, that query has much to do with my splitter guard obsession, but I digress.

I was asked to introduce myself to you, dear readers, by way of a biographical account. My path isn’t what anyone would consider normal and writing about oneself is never easy, yet here I am.

The name of this column, The Elsinore Files, comes from two places of personal inspiration and we’ll explore these in the future. For now, we’ll maintain some mystery, but know that the title relates to both driving and Canadian culture.

My story begins with the typical elements of an automotive writer’s life. My friends would say that I’m a lover of cars from birth. Plenty of scribes say the same thing. For me, though, the twists and turns of life deposited me at the doorstep of motor racing and I’ve never looked back. It’s the combination of automotive interest with driving proficiency that’s shaped my stories about cars. If anyone is to blame for my love of cars and my burning desire to drive fast, however, look no further than my parents.

When I arrived on this planet, my mother was driving a small-block Chevelle and my father owned a vintage Rolls-Royce. I don’t remember the Chevelle, but I do have vague memories of that behemoth of a Rolls. I earned my interest in all things automotive from my father, but my need for speed I can trace directly to my mother.

With petrol coursing through the veins of both parents, playing with cars was inevitable. As a child, Hot Wheels were The Greatest Thing. At a young age, I became obsessed with motor racing and my younger self’s Halloween costume was, appropriately, The World’s Greatest Racing Car Driver. In hindsight, the foreshadowing provided by my giant cardboard trophy and makeshift helmet was remarkable. (However, my brother did not become a giraffe.)

As I got older, my father plied me with the latest issues of Car and Driver and Road & Track. Those R&T writers contributed to shaping my interest in the automobile to favour sports cars and sports car racing.

My first car was a 1986 Volkswagen GTI and shortly after bringing that home, I was doing track days. It’s easy to romanticize those years, but if I look at the timeline, I went from my first car to track day driver to my first racing school fairly rapidly. Less than two years, if I recall correctly.

After a little racing in my early twenties, I put motorsport to the side, got married, had a family, but kept one foot in the door with instructing at racing and performance driving schools.

To whet my appetite for competition, I returned to bicycle motocross racing, the sport of my youth. BMX is relevant to this story because it was at this point I met a certain Jack Baruth, who was then a prolific writer on the subject.

Jack had an interest in becoming a driver himself. As an instructor and driver coach, I happened to be in the right place at the right time to show him the ropes.

Later, Jack invited me to join him for two successive One Lap Of America events and, although this story has been told many times, we won the Alternative Fuel category in our second attempt—only to be denied a podium ceremony for reasons other than avoidable contact.

We still have those trophies somewhere. Jack went on to earn his title as the world’s fastest motoring writer, but I contest that on the basis that I taught him for a decade.

It was on those One Laps where we met Faisal Ahmad and, along with a group of friends, decisively won the first around-the-clock 24 Hours of Lemons in Flat Rock, Michigan. We’re still proud of our victory over the multi-car buff-book squads.

Following that win, Faisal and I developed a program for the Performance Touring E category in NASA’s Midwest region, using the EF Honda Civic as our platform.

Key to our performance was finding our pal Sam Myers, now an in-demand IMSA spotter, to run the show. If I remember correctly, we missed the podium at the 2008 NASA National Championships at Mid-Ohio by one spot, due to a deflating left front tire. Yes, all drivers are full of excuses and we’re going to stick with that one.

We built a second car with our teammate Matt “Tinman” Johnston and, from that point on, we were winning nearly every weekend. If we weren’t on the podium, we’d crashed or broken something. We were notorious for consistent performance, as well as having the loudest—and most identifiable—cars on the grid; we raced under the Pakistan Express banner, a nod to Faisal’s heritage.

As 2011 came upon us, the NASA National Championships returned to Mid-Ohio, which was our de facto home circuit, but it turned into a year of ups and downs for me. By this time, I’d already started down the path of writing about cars.

That July, I’d raced one weekend in our 135-wheel-hp Civic, followed by a two-race weekend in Dodge Viper Cup at Virginia International Raceway. Yes, racing Vipers in the heat of a Virginia summer is everything you imagine.

I flew home that Sunday, then jumped on another plane to Germany the next night with my excessively polite Porsche PR handler at the time, Laurance Yap. I was the only Canadian in Zuffenhausen to drive the 997 GT3 RS 4.0, which remains one of my favourite cars of all time. Legendary, that machine.

Laurance isn’t known for his right-seat passenger skills and, since I had raced a 640-hp Viper fewer than 48 hours earlier, I made it abundantly clear that my brain was calibrated to acceleration and velocity at a different level than his. The top speed I achieved on the Autobahn in that four-litre Metzger still stands as my record to this day. Not once did Laurance complain about my driving, though he should have.

Immediately upon my return from Germany, my father was hospitalized. He would never recover and passed away in August. That September, we set about competing in the NASA National Championships. I’ll save the details for another day, but in today’s parlance, we were savage, winning both Performance Touring E and Time Trial E titles. After losing my father weeks earlier, it was an emotional victory.

Being a writer with the right kind of racing license has given me opportunities to compete in championships I wouldn’t have otherwise pursued: Viper Cup, the Lucas Oil Off Road Racing Series, Pirelli World Challenge, and Skip Barber MX-5, among others.

I’ve always enjoyed single-make championships and we were able to assemble a single car program for Canada’s Nissan Micra Cup. It was a rare pleasure to be racing on home soil again and, once again finding myself in the right place at the right time, I became the most famous driver in the series for capturing this multi-car wreck from my cockpit.

Painfully, that Micra Cup effort ended abruptly when another competitor decided that my Nissan made a better plane than a racing car.

Since then, I’ve continued to instruct, coach, and drive in racecars when possible, while writing on the subject of cars. Along the way, three of us have assembled a body of work on our Brian Makse YouTube channel of which we’re quite proud.

My passion for cars and motor racing has never wavered. I’ve written about cars and racing for Canadian motoring outlets that have suffered various deaths, or soon will. Astute readers may recognize my name from the pages of EVO, Autocar, and Australia’s MOTOR Magazine.

Which brings me to why I’m here. My mandate at Hagerty is to bring you automotive stories from a Canadian perspective, whether that’s the car business, the personalities behind the scenes, the cars themselves, or, perhaps, a little racing action. 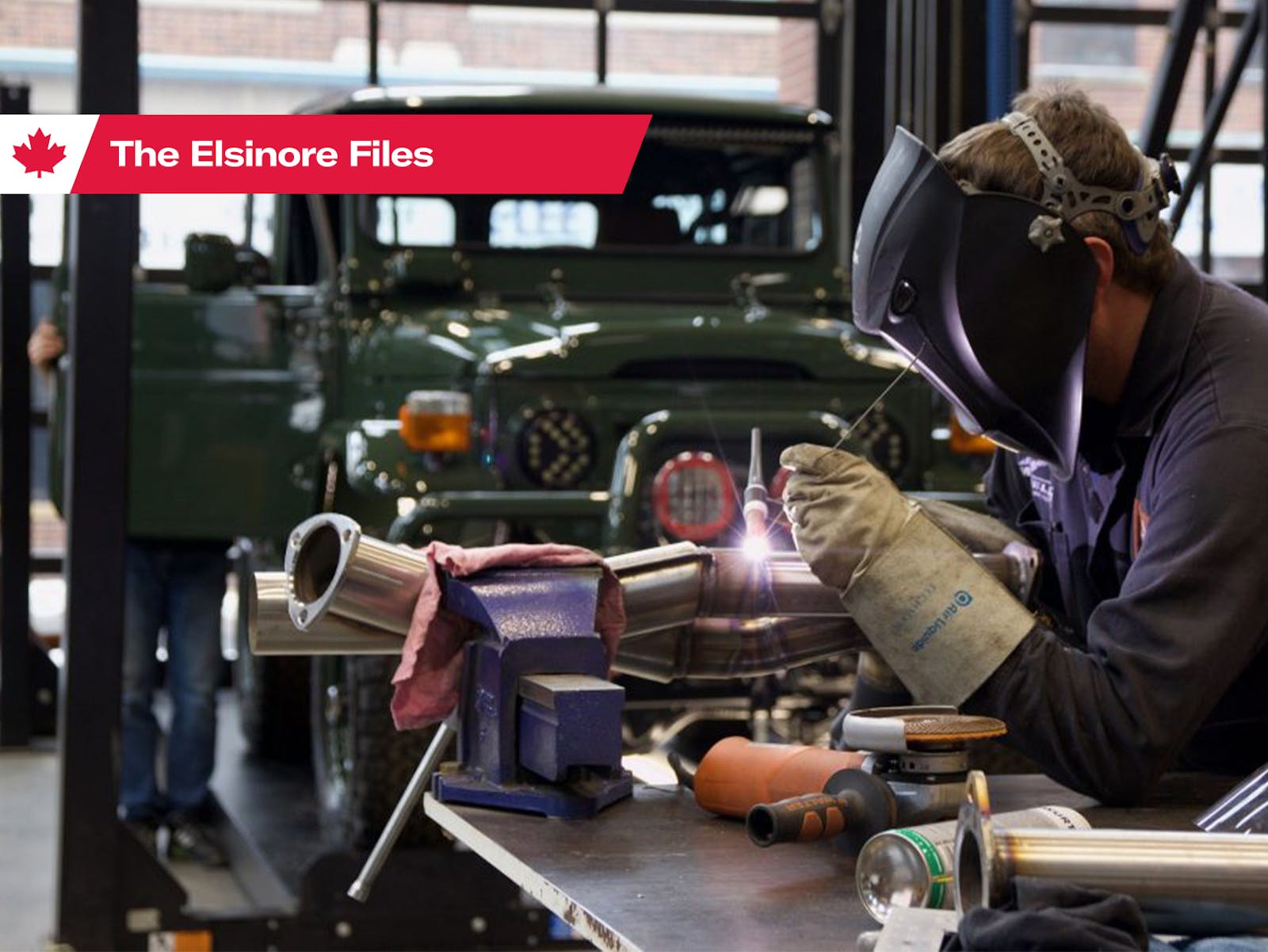 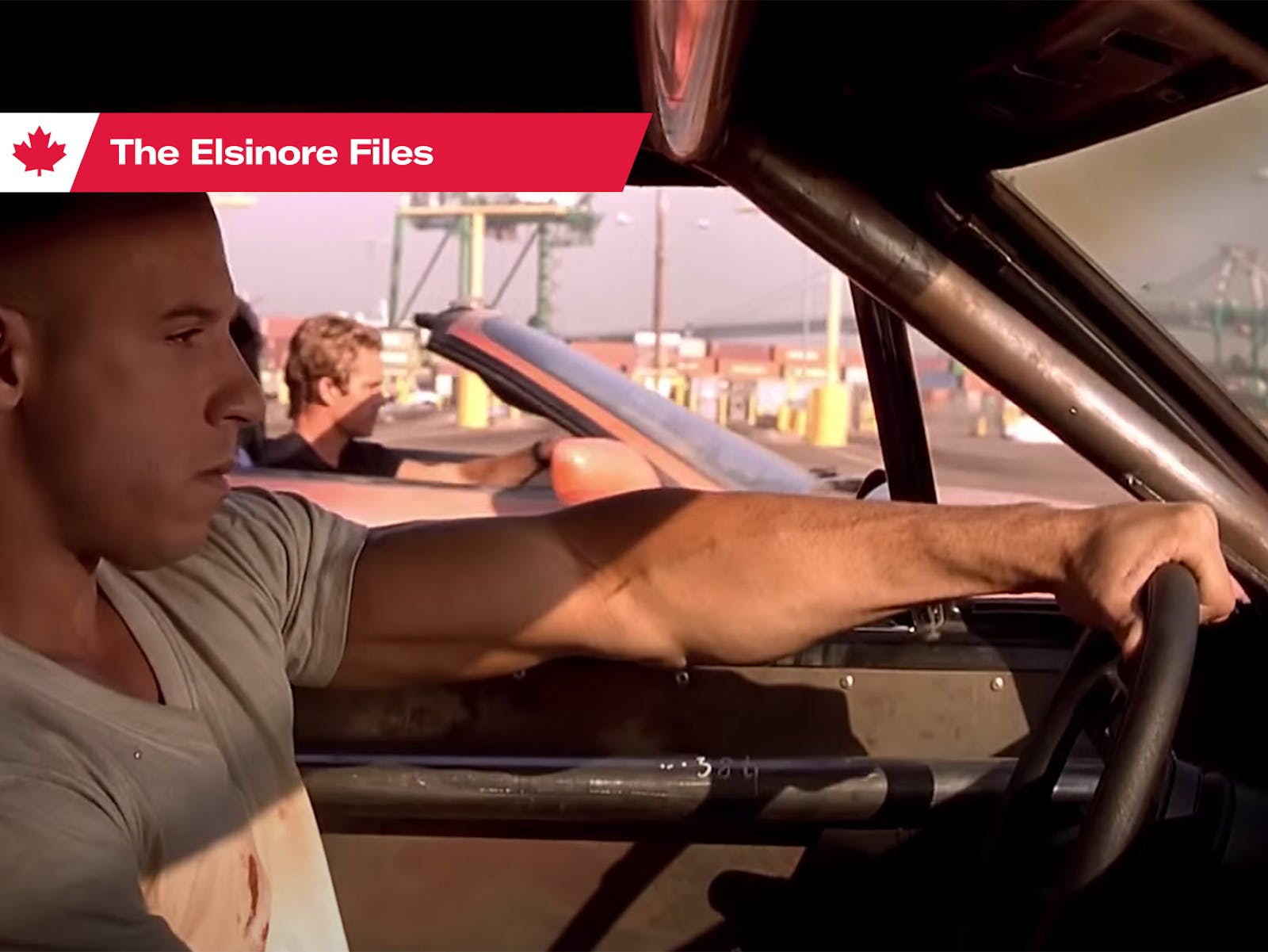 Get an insurance quote
A Story About
Leave comment
Read next Up next: This super-sized VW Bug is king of the road