Many car enthusiasts will remember the early 21st century for its fascination with high-end, bespoke vehicles. From the Ferrari Enzo rebodied by renowned design house Pininfarina to become Jim Glickenhaus’ bespoke P4/5 to Singer Vehicle Design’s reimaginations of thirty-year-old Porsche 911s, artistic reinventions, or “restomods,” of famed vintage nameplates are creating their own industry.

You can restomod anything imaginable. Look no further than the Broncos that sprout from the creative mind of Jonathan Ward at Icon or the modernized Mercedes-Benzes from Mechatronik—or glance across the pond to the electrified vintage British restomods of Lunaz Design. A restomod, simply put, is a vehicle that’s received been restored and modified. The goal is to preserve the some of vehicle’s vintage spirit while improving performance, reliability, and luxury. Restomodding is rarely a minimalist process. A build might receive a modern powertrain swap (or a thorough rebuild of its original engine with modern machining techniques and up-to-date internals), a repaint, or an entire reupholstery of its interior—and sometimes all three. In theory, restomodding promises a classic reborn with improved performance and purged from vintage inconvenience.

Between embarking on the process yourself or outsourcing the project to an established shop, there are no shortage of options when it comes to restomodding. Some sneer at outsourcing such a custom build, but I’m no cynic. After driving one of Singer’s reborn 911s, I fully understood the appeal of a turn-key restomod. I’m frequently asked about my favorite car, and I skip over all of the hypercars to tell a story about a little company in California that was founded by a rock star and specializes in transforming 964s into near-transcendent driving machines.

Restomods are so in vogue that you’d expect success to be as easy as deciding on a product, hanging one’s shingle, and taking orders. That couldn’t be further from the truth, however, because high-end, exclusive restomod work requires a certain kind of talent, the sort of craftsmanship that isn’t often taught in schools anymore. Plus, when you’re dealing with a well-heeled customer with an extremely specific vision, one too many disappointments will mean the end of your business. But neither the labor-intensive process nor the demanding clientele is discouraging new shops from joining the fray.

When I first learned about Bespoke Motor Company on Canada’s east coast, the location didn’t make sense to me. Why would anyone set up a Land Cruiser shop in New Glasgow, Nova Scotia?

It didn’t take long to find the answer. In the 19th century, New Glasgow was the region’s industrial hub, with a wide range of operations that would eventually include mining, steel mills, and virtually every kind of machining or manufacturing business imaginable. Most of these businesses wound down by the 1990s, but that industrial spirit remains today.

Bespoke’s Jamie MacGillivray was first inspired by regular visits to the garage of his friend, Donald Clarke, who had been building his own FJ45 restomod project. After learning about the Land Cruiser’s history, MacGillivray caught the bug and persuaded Clarke to start the business together.

“In Italy,” MacGillivray says, “you have these little clothiers in rural areas—small-scale clothing manufacturers. They make the kinds of clothes you might buy in high-end shops in major cities. So, if you look at those places, they’re small brands, low volume, and very high quality. That’s our goal, to come out of New Glasgow’s manufacturing heritage and carry on that tradition in our small way.”

In addition to being a lawyer, MacGillivray is in the real-estate business and had already owned the historic building. With Clarke’s help, he transformed it into the stunning shop it is today.

The building was previously known as the Roseland Theatre, which became famous as the spot at which Viola Desmond took her stand against segregation in 1946. A well-known businesswoman of Black Nova Scotian descent, Desmond purchased a ticket to see a film and, though there were no segregation laws at the time, she sat up front, an area which was unofficially reserved for whites only. She was soon arrested, but the highly publicized trials that followed changed the course of discrimination in Canada. The artwork on the building pays homage to Desmond and her bravery.

BMC’s plan is to turn out six completed Land Cruiser projects annually and the first is nearing completion. It’s being built to showcase BMC’s work to potential customers and, once it’s ready, I’ll be asking politely for some wheel time.

MacGillivray’s a car enthusiast and while the shop is ramping up to speed with FJ projects, he’s planning to give a pair of Porsche Cayenne diesels the overlanding treatment and work on some vintage Ford Bronco projects.

Shortly after the BMC shop was completed, Clarke decided it was time to officially retire. He’s handed the reins to Jeff Fraser, whose background is perfect for tenure at BMC. Fraser’s a native Nova Scotian who has restored and built many cars over the years. In his younger days, he raced for several years at Antigonish’s Riverside Speedway and was educated in mechanical engineering education in Cape Breton, Nova Scotia. Following five years spent working a well-paying but otherwise mind-numbing job for an aerospace company, he needed another challenge.

“I was running a $20 million CNC machine,” Fraser says, “sitting behind a computer console watching little lights flash, waiting for one to turn red. I’m sitting there hoping that one turns red and something goes wrong so I’ll have something to do …. but I needed to find something I [could] actually put my brain behind and that was race cars.”

He decided it was time to follow his dreams and ran straight to the United States to work in NASCAR. Following an eight-year stint with Joe Gibbs Racing, Fraser worked for Wood Brothers Racing for a few years.

“I did everything from building the cars and trucks, and worked in the truck series, as well,” Fraser says. “Everything from engine tuner to fabricator to car chief, front end mechanic, set-up plate specialist, fuel-cell specialist. I touched just about every part of those things except the steering wheel, I guess. Well, I got to take a couple of them around the parking lot, but that was about it!”

With Fraser’s love of cars, passion for building them, and the no-nonsense discipline gleaned from those years in NASCAR, he’s right at home with BMC.

“Building something like these FJs, where we’re starting right from ground zero in the shop end, each vehicle has to be built and then completely taken apart again. Then, we start going through all the paint process and then go through the reassembly. So, we’re actually building each truck at least twice along the process.”

If you think that there would be a talent gap for high-end Land Cruiser restorations in small town Nova Scotia, think again. Both MacGillivray and Fraser reiterated that the breadth and depth of skills in the region is remarkable, and they have access to everything they need and more. With the industrial heritage of the region, everything from metal fabrication and electrical work to upholstery and paint is available, whether that’s in-house or a short drive away, like the body shop.

While BMC awaits its first official order, they’re proceeding with several builds. The most important one is the green FJ40, which Fraser refers to as their research and development truck. Naturally, customers spending a couple hundred thousand dollars will want to see the quality of BMC’s work before placing an order for a custom Land Cruiser, and that’s the initial purpose of this FJ.

“If somebody were to call us up today and tell us they wanted an FJ43, we would start hammering that one out right now, but until that point, we’re just going to build one of every style Land Cruiser and do a few different colors. Hopefully, one of those will catch somebody’s eye and they’ll want to buy it right out. Maybe they’ll see it, but they want something a little different and we can start building them their own custom FJ.”

With each new model year, automakers are delivering cars that are more connected and have more onboard computers than ever before. There are plenty of car enthusiasts who think that these layers of electronics and software dilute the motoring experience, which makes work like that of BMC rather compelling. The reality is that a mechanically and aesthetically refreshed Land Cruiser with a simple drivetrain based on an internal combustion engine is the polar opposite of a modern, hybrid-powered crossover.

With the amount of attention this end of the automotive world had garnered, there’s certainly room for another restomod specialist. BMC’s vintage Toyota’s will undoubtedly become known for their unique, east coast–Canadian flavor. 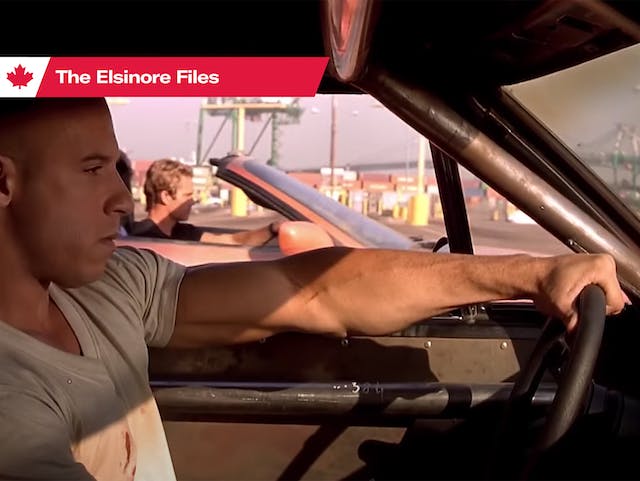 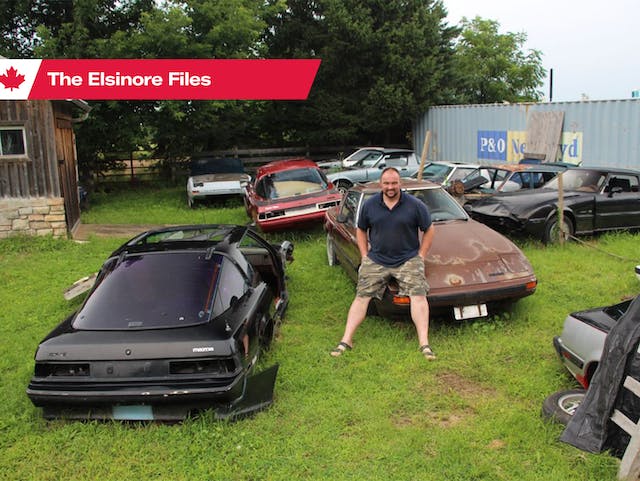 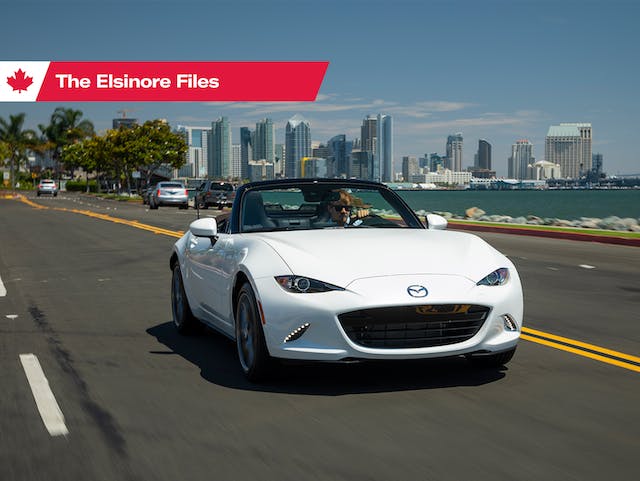 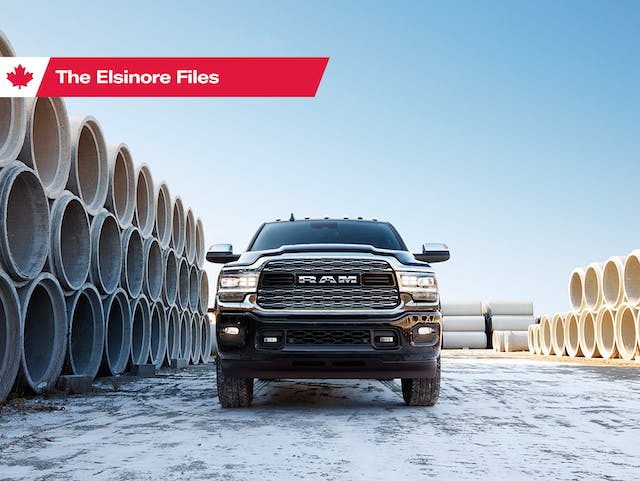 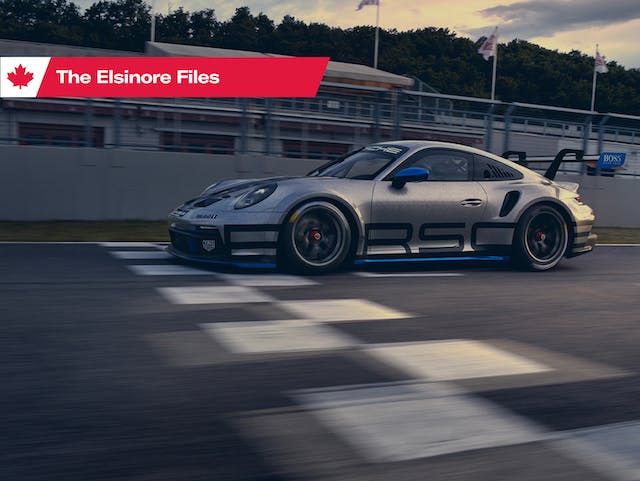 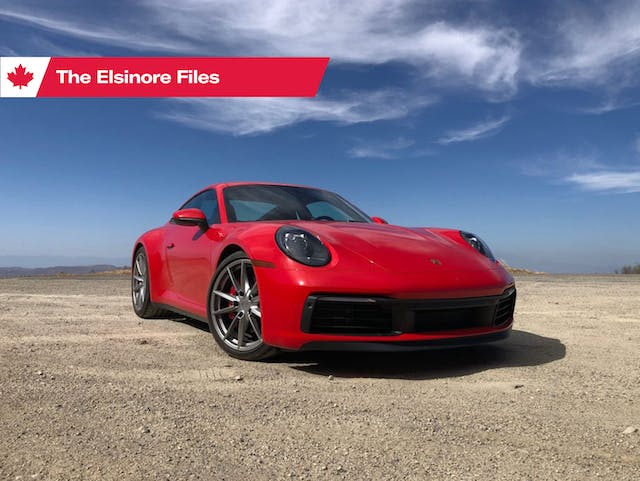