Intake: When he first smashed a bulletproof window revealed the Cybertruck in November of 2019, Elon Musk promised that production of this polarizing pickup would begin in late 2021. This morning, however, the configurator page for the air-suspended EV truck was updated, specifying that production will begin sometime in 2022.

Exhaust: Tesla does deliver on its (much hyped) promises, just rarely on the initial timeline. As we speculated, Ford will likely beat Musk to the punch with the F-150 Lightning, due to roll off Rouge assembly lines in early 2022. The Cybertruck may not be the first battery-powered pickup to hit the streets, but don’t underestimate the patience (or the fervor) of Tesla’s young fanbase. When it does appear, expect a rear-wheel-drive, single-motor base model with a 250-mile range and a $40K sticker that, if history is any indicator, won’t last long at that price point. More hi-po variants will follow, Hummer EV-style.

Intake: After months of gentle teasing, the reformed Radford coachbuilder has unveiled its Type 62-2. Inspired by the Lotus Type 62, the new car also uses Lotus underpinnings. Sitting just 44.6 inches tall, the asphalt-sniffing bodywork has a distinctly retro flavor: Its flared rear wheel arches and double ducktail spoilers are particularly neat touches. Adding to the car’s distinctiveness is the option of red-and-white livery, although more introverted owners can pick a racing green instead.

The styling may be a throwback, but the Type 62-2 is a thoroughly modern machine. The bodywork is carbon-fiber composite and sits on a bonded aluminum monocoque which keeps dry weight below 2200 pounds. Power comes from a Lotus-fettled 3.5-liter, supercharged Toyota V-6 also seen in the new Emira. In Classic form the motor puts out 436 hp but buyers of the Gold Leaf version get 507, thanks to upgraded pistons, con-rods, camshafts, and engine mapping. The Gold Leaf utilizes a seven-speed dual-clutch transmission, while the Classic gets a six-speed manual as standard. AP Racing four-pot brakes are fitted and suspension comes courtesy of coilovers with four-way adjustable damping. Onboard tech includes a rearview camera system, six-inch TFT display with a digital data logger and wifi connectivity, plus a five-speaker audio system. A set of matching luggage from Mason and Sons will also be available. The car has already been put through its paces by cofounder Jenson Button at the Radford test track in Arizona and the 62 lucky buyers will be able to collect their cars from the track, Radford’s California base, or have them delivered anywhere in the world beginning in early 2022.

Exhaust: What a tremendous first effort from Radford. We can’t wait to see what’s next. Will Button, Anstead, and company keep raiding the Lotus back catalog for inspiration or come up with something all-new? Will Lotus let them have the Evija platform?

Wood you or wouldn’t you drive this Ferrari 250 GTO?

Intake: Vietnamese YouTube channel ND – Woodworking Art set out to create a unique piece of art: a wooden Ferrari 250 GTO, the most expensive collector car in the world. (Caveat: The actual record-holding car is this Series II rebody that sold at RM Sotheby’s 2018 Monterey sale for $48.4M. What you’re seeing here is modeled after a Series I.) A steel chassis holding the electric powertrain, suspension components, and steering rack undergirds the wooden creation, but the bodywork is all tree, right down to little details like the vents in the front quarter panels.

Exhaust: World’s strangest golf cart? We’d listen to that argument. But watching someone transform rough-sawn wood into the shapely lines of one of history’s most gorgeous cars is a treat you don’t get to experience every day. The process is mesmerizing—have a look for yourselves. Good on you, ND – Woodworking Art; this is quite the rolling sculpture. What’s next? A Ford GT, perhaps?

Exhaust: It’s unlikely that Ford would miss the opportunity to add a few spicy new shades to the menu for 2022, let alone wipe blue from the palette entirely. We expect that these are the colors that will continue from MY21 to MY22, presumably to be accompanied by some as-yet-unknown colors. (We’re holding out for a good tan or green.) According to another image leaked in the same thread, a delicious shade of the latter color named Eruption Green is coming to the ’22 GT500, along with two blues, two oranges, a gray, and a wild shade called Oil Slick Blue-Purple.

Intake: Designer Frank Stephenson is at it again, this time directing his finely honed design sensibilities at the BMW 2 Series. While he finds some positives in the coupe’s greenhouse, Frank wishes the 2 Series would “calm down a little bit” to communicate BMW’s famous design heritage more effectively.

Exhaust: Frank’s comments likely resonate with BMW loyalists, who expect more from the Bavarian brand than your average tire-kicker in search of their next family hauler. The lack of quad headlights is certainly concerning for a performance coupe from such a storied automaker, but hey, at least it has a pretty pair of door handles.

Blower and Bacalar to headline at Monterey

Intake: Monterey Car Week will be the first (privileged) public showing of Bentley’s Blower Continuation and Bacalar alongside an all-new Mulliner Collections vehicle. The new car will debut on August 12, while the Bacalar and Blower will be on display throughout Car Week at The Home of Bentley, 200 yards from The Lodge at Pebble Beach. The Bacalar will also visit The Quail and be seen wafting around the coastal roads. Both are Car Zeros, the first pre-production models made, as all 12 customer examples of each have long been sold. The British luxury car maker will also display its bio-fueled Continental GT3 Pikes Peak racer and promote its inclusivity and diversity programs, while partner The Macallan will be on hand to serve up single-malt refreshments.

Exhaust: At $2M apiece and long since spoken for, the Bacalar and Blower Continuation may as well be made from unobtainium. They’re certain to draw the crowds as a result of this rare outing. 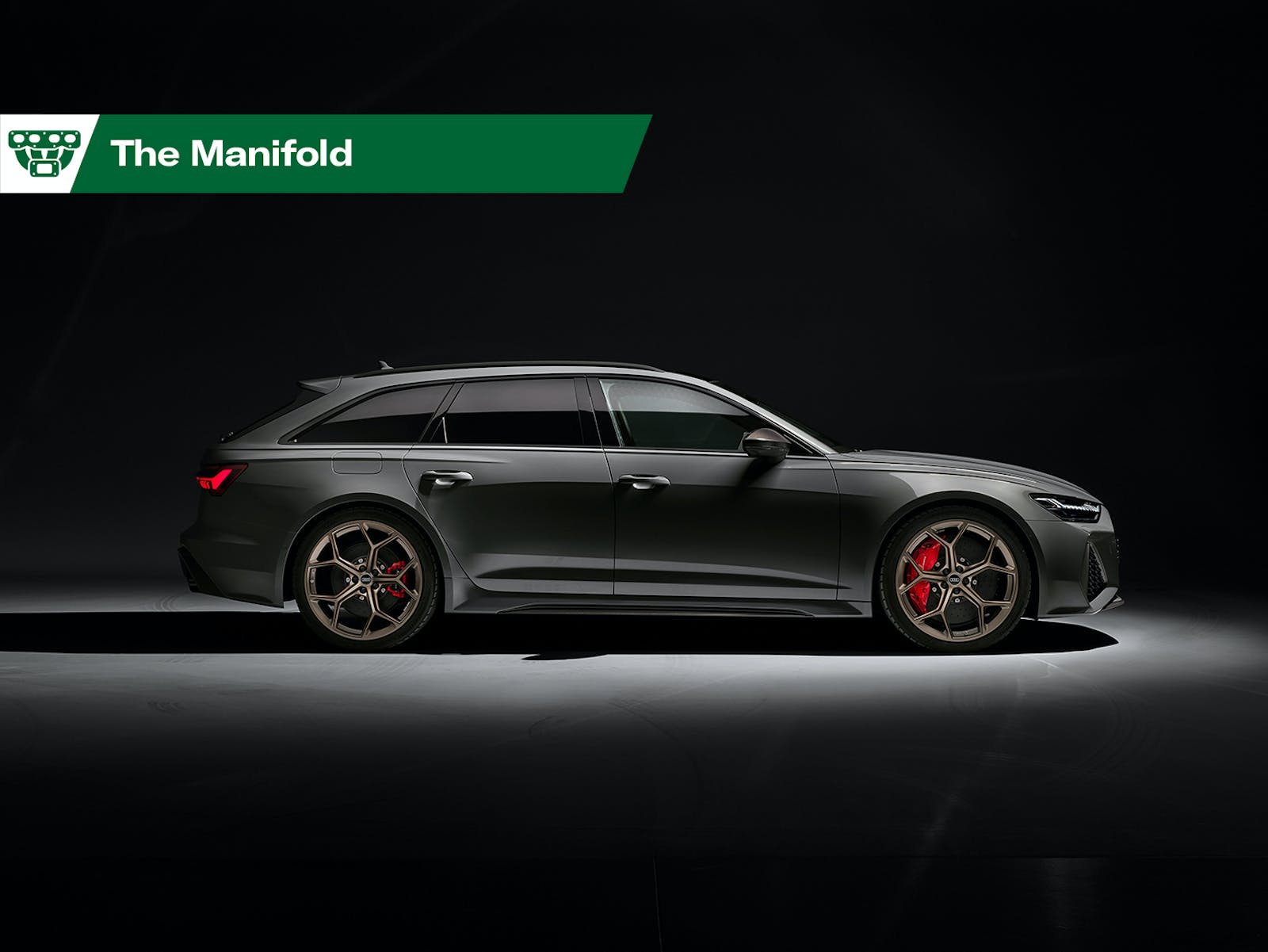 Get an insurance quote
A Story About
Share Leave comment
Read next Up next: 22CV: Citroën’s V-8-powered Traction Avant remains a riddle 87 years later