One of the most maddening things of the past two years was the chip shortage and how it affected production of new cars. These microchips are effectively tiny computers that link all the various electronic systems in modern vehicles. When the pandemic disrupted supply chains, the lack of the crucial chips, in some cases, halted new-car deliveries.

This was the case a year ago for the fetchingly butch Ford Bronco, eagerly anticipated by both potential customers and the Ford designers, engineers, and assembly-line workers who created the new 4×4. After hundreds of nearly finished Broncos had to be set aside, waiting for chips, some enthusiastic, soon-to-be-new owners found them in a depressing parking lot that was dubbed “dirt mountain.” The Bronco, of course, survived the chip shortage and is now available as a super capable Raptor. Check out this video of a vintage model if you want to know why the Bronco is such a big deal.

The Bronco episode came to mind when I heard about a new, seemingly minor piece of tech from NVIDIA: a new computer platform called DRIVE Thor combines driver-assist computing power with in-car entertainment and digital dashboard systems. The goal is to reduce complexity by unifying the computer hardware rather than having multiple chips. Fewer required chips potentially means relief from the shortage. The transportation revolution will mean thousands of small steps like DRIVE Thor, which, by the way, is a hilarious name for a computer chip, right?

There will be many setbacks, like the Cruise driverless taxis that were involved in three traffic incidents in one day. I’m also continually amazed by how quickly the autonomous vehicle timeline predictions were thrown aside and how some people are just now waking up to the reality that mixing human and robotic drivers will be a disaster for the robots. We know they can’t hit us, so they’ll just get bullied out there. I have no crystal ball, but autonomous-only zones in dense cities seems like the most likely outcome. Am I wrong on this?

Meanwhile, car passion continues to burn at real-life events near and far. My colleague Aaron Robinson attended the Goodwood Revival, that southern England bastion of Fifties costume wearing and British charm, and reports that there were plenty of Yankee cars in attendance. Back here in the States, Hagerty Media’s Brandan Gillogly filed this great piece on a vintage Bonneville racer brought back to life, and at the Hagerty video garage in Traverse City, Michigan, star wrench Davin Reckow promises he’s really, really close to finishing our Subaru WRX engine rebuild.

If you love cars anywhere as much as I do, bookmark Hagerty Media, where we post roughly 10 new articles and videos every day. You’ll want to know, for example, that someone spent a million dollars for a pile of rusty parts and probably got a good deal.

Yep, car people are crazy in the best possible way. Have a great weekend! 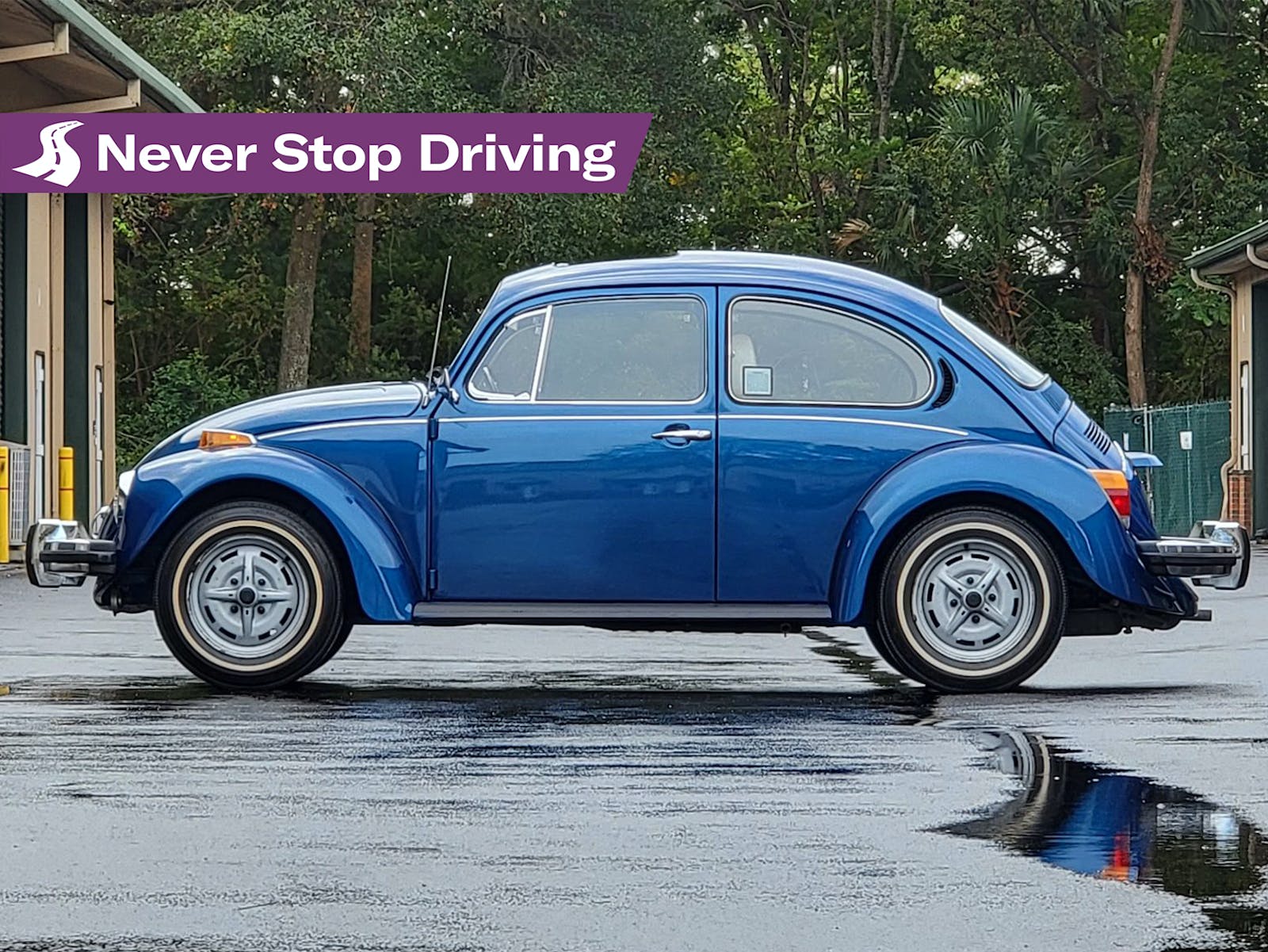 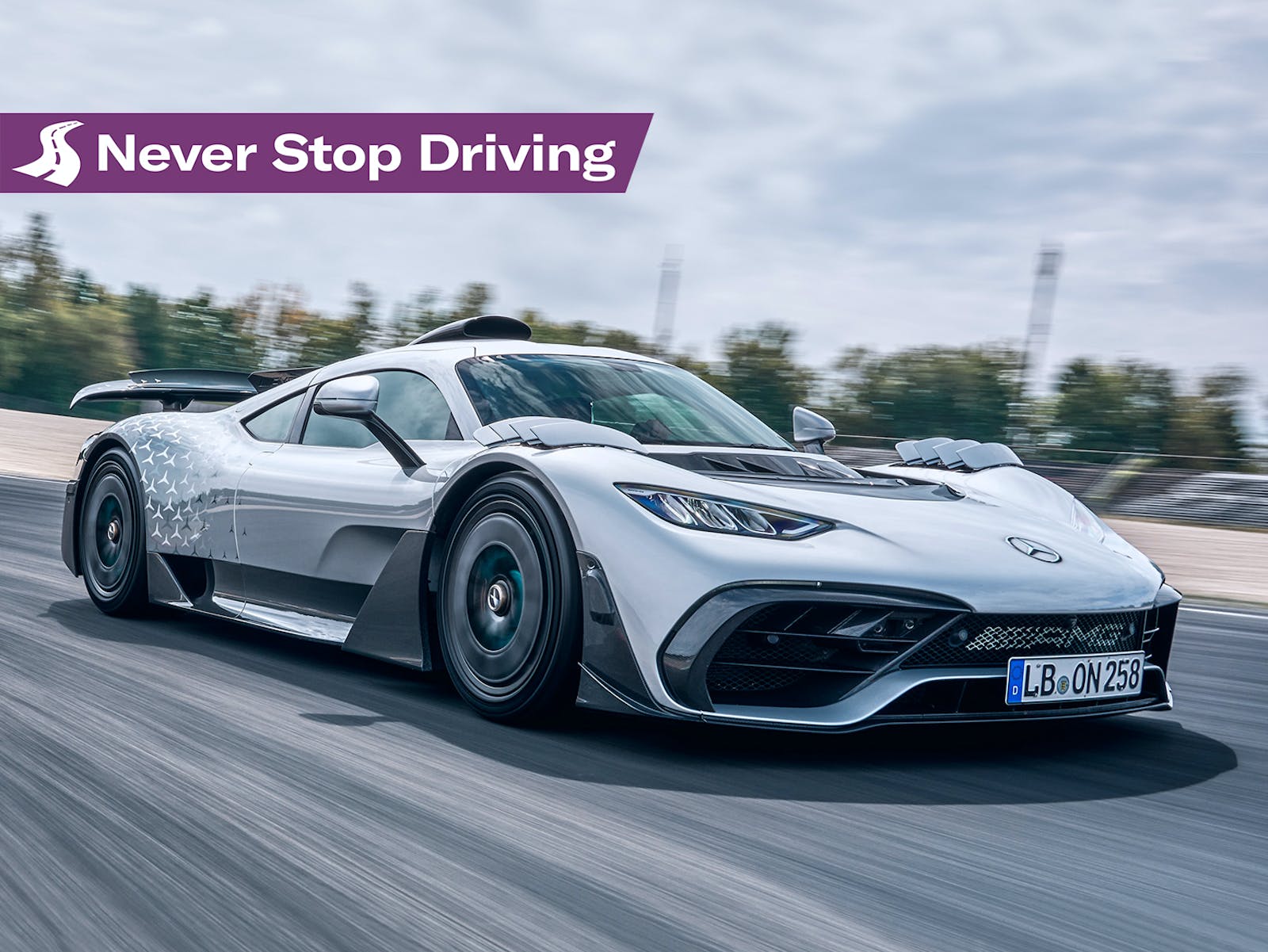 Get an insurance quote
A Story About
Share Leave comment
Read next Up next: A good Samaritan helped my father’s AMX stay in our family

I’m all for autonomous driving on the highways. For the most part the drive is boring and between drivers going too slow, too fast, tailgating, etc,, it is often frustrating. Though statistically more accidents happen on side roads, the ones on highways are often the most tragic. But I love to drive, so off the expressway, I want to be the one driving the car. We humans do a lot of dumb moves that cause accidents, but I think there are way too many variables for an autonomous system to handle in town driving safely.

Those “dense cities” are governed by “Dense people”. I was in the computer field for over 50 years, and judging from the thousands of repairs I made over that time, I will never knowingly ride in a car driven by one.

Humans learn from dumb things – humans often have the most fun from doing dumb things. We should never reach the point where people are deprived of the capacity to do dumb things. The most horribly oppressive vision of the future I can imagine is one where I am kept ‘safe’ by a bunch of autonomous devices doing things I’m supposed to be doing

I lucked into a Mustang Mach E First Edition on a cancellation in March 2021. After working out all the kinks, it has proved to be a super experience, my 40th car. With the chip shortage, I have at least one of 400 MMEs with every gizmo that could be had on the car. New ones don’t have everything mine has including a reasonable MSRP, no ADM!

I think Autonomous Cars will be a boon! For lawyers! Can you imagine the lawsuits when an autonomous car is involved in an accident with a self driven car? Who is at fault? Who is guilty? Who could have avoided it? What about contributory negligence? How does that work?

The only ‘Thor’ I need on my car is a Thor Hammer for loosening the knock-offs that Ralph Nader et al banned decades ago. Call me a luddite, but my carbureted, mechanical distributored vehicle don’t need no stinking chips. Does it start on the first try, work well in the rain and not vapor lock??…well maybe not so much, but I’ll chalk it up to character (which is lacking in most modern vehicles). Long live the analog age of cars.

So strictly speaking as a car (and not a multimedia entertainment and communication hub), cars do the same thing today that my 74 and 65 do – with probably a grand total of 100 wires and zero chips. I have always theorized that if we stayed with analog technologies, we could probably have achieved close to the same economy, driveabilty, and emissions standards without being at the mercy of chips no one understands made of substances available from only a select few corners of the earth

Why can’t my carburetor adjust mixture based on an analog signal from an O2 sensor or barometric pressure sensor? I think we gave up on analog way too early and maybe should have kept at least developing it in parallel. I work in an industry that was created and ran for years on analog controls and in many cases is just now making digital replacements as the analog supplies run out. Now when things fail, there are 100 more legs on the fault tree (EMI/RFI, poor connections, poorly validated code, tin whiskers, etc.) and nobody really understands how the chips actually work since you are three or four vendors deep by the time you end up with a finished product. I think the car, and a lot of things, has gotten a lot more complicated than it needs to be

You mentioned the problematic delay of the new Bronco due to the microchip shortage. Well, what about Ford’s new Maverick?! My son has had the hybrid version on order since October, 2021 and keeps receiving notices from Ford that its Build Date has been “re-scheduled”…again; now, it’s 10/22/2022! He is afraid that Ford is going to tell him next, that he cannot have the 2022 truck, but must shell out more $$ for a 2023; his order form does not say that they can’t do this. From what I can see, Ford completely screwed up the intro for this popular truck and seeing how many are on order, it appears that they could have had another ’64 1/2 Mustang on their hands! There really is no excuse for this mess-up and Ford should be ashamed.

driverless zones make the most sense, and only sense really. Because absolutely aggressive drivers will “bully” all traffic assuming it is autonomous or assisted driving –we are enabling worse driving as the AI has to play meek.

Whether entering the dedicated interstate lane, roadway, section of town or such that driverless is allowed, it also probably has to be required to be in said zone. Imagine it like being in feeder lane and having to put your hand up to get permission to enter (except this will all be done digitally). But that’s the rub too… you are in driverless zone –you can’t just resume control, you should have an “emergency out” button and a “return to driver mode” option in which it will put you back into the “wild” traffic and let you assume control.

As a commuter… I will still drive myself. I totally see the argument for trucking though (get rid of labor costs).