The Omaha Coupe, as it has come to be known, has a long history of land-speed and drag racing throughout the United States thanks to a handful of hot-rodding clubs in and around Omaha, Nebraska. The car has used various engines, suspensions, and paint schemes over the course of its racing career, but it has been out of the spotlight and off the streets and race tracks of America for more than 50 years.

Here’s how some very determined hot-rodders brought it back.

In 1990, Tommy Secora and his high-school friend were riding their bikes through an alley in Omaha and came across a ’33 Ford coupe that stopped them in their tracks. The car was built to race, with a drastically chopped top, laid-back windshield posts, and a deck lid chock-full of louvers. The coupe sat in a garage, but as best Secora could tell, no one had been working on it recently. On a return trip, the pair saw that the coupe was out of the garage and parked in the alley. On their fifth trip, the car was gone—but Secora wouldn’t forget it.

In 2005, married and finally with some garage space of his own, Secora sought out the car from the alley. He visited the home where he’d seen the coupe, knocked on the door, and asked the current owner if she knew who owned the place back in 1990. Unfortunately, she had just bought the house. She put Secora in touch with the property’s previous owner to see if they could help. That led to a dead end; that owner was at least one more link away from the family that owned the Ford coupe.

Undeterred, Secora visited the county accessor and found that the family’s name was Thomas. “It might as well have been Smith,” he says. Even exasperated, he had to chase down the lead. “I went to the phone book and went through every Thomas that had an old-school address.” He wrote hand-written letters asking if they were the Thomas family who owned the coupe back in the early ’90s. No replies.

Months later, one of Secora’s family friends who lived in same Omaha neighborhood found an old roll of film, had it developed, and discovered it was from 1957. The photos included 20 or so shots from that year’s Bonneville Speed Week, an annual drag-racing competition held on the salt-rimed bed of an ancient lake. (That event, and others, are still held today.) The shots revealed the coupe, its 1957 Chevy tow vehicle, and its race team—but no luck. Even with new-found information, Secora wasn’t able to get any new leads.

Unable to find his dream car, Secora bought a ’32 three-window Ford coupe from a friend. It was a serious project—the car needed a roof and a door, among other things. Even so, another buyer, Gene Morgan, persistently offered to buy it from him. Secora told Morgan that the car really wasn’t for sale, but that he would consider trading it for a ’33 or ’34 coupe, “preferably chopped so hard you can’t get your arm out the door.”

In 2019, Morgan found an unchopped Ford coupe. This car had solid floors and was missing its doors, but the cowl was intact; there was enough left to start a project to clone the coupe of Secora’s dreams. Would Secora still make the trade?

By the 2000-teens, additional period photos of the Omaha Coupe had surfaced on various forums online. On a whim, Secora asked Morgan if he knew about it. Not only did Morgan knew about the Omaha racer, but for the last six years, he’d been talking to the family that owned it. Morgan was eager to buy it but, if he ever persuaded the Powers to give up the car, he’d be willing to sell.

“Well, I’m your buyer,” Secora told him. He explained to Morgan his decades-long search for the car. The two teamed up. Secora told the Omaha Coupe’s family his story and made a case that he’d give the car the treatment it deserved.

In September of 2020, Secora got word that the Powers were ready to sell. Secora’s friend bought the Omaha Coupe, and Secora traded his ’34 project for the long-sought hot rod. A 30-year search had come to an end.

The origins of the Omaha Coupe

Through the course of his research, and after meeting with the surviving members of the Jacks car club, which raced the car in the ’50s, Secora has been able to piece together quite a bit about the history of the coupe. Going back as far as he could, Secora learned that Don Chase bought the 1933 Ford coupe in the early ’50s for about $5 because it had front-end damage.

Chase didn’t remember to whom he sold the car, but it was likely Bob Hartwell, who had worked at Chet Herbert Cams in California before moving to Omaha in the early ’50s. (Chet Herbert’s shop was one of the first to develop aftermarket roller lifters and matching camshafts for American V-8s. Roller cams lift valves faster than a traditional, flat-tappet design, thus allowing an engine to breathe more efficiently and make more power.) Hartwell had rumbled into town driving a hot-rodded ’40 Ford that would soon lend its Oldsmobile V-8—a fabled street-racing engine—to his newly acquired ’33 coupe.

The coupe was in Hartwell’s possession when it went under the knife, its roof receiving a nine-inch chop. Since Hartwell had lived in California, he was likely inspired by the Pierson Brothers coupe, an iconic racer that also featured a radically shortened roof. For two years, the car raced as part of the Undertakers car club before Hartwell started the Jacks in 1955, taking the coupe with him. Hartwell had already earned a reputation as the owner of one of Omaha’s fastest cars with his Olds-powered 1940 Ford. The local hot-rodders running flatheads—a far more primitive engine design—simply couldn’t keep up. It’s unclear exactly when Hartwell swapped the Olds V-8 into the chopped, ’33 coupe, but the record is clear on the result: With the burly V-8 in an even lighter, package, the “Omaha Coupe” became a fearsome racer.

Not long after, rumor has it that Hartwell ran afoul of the local constabulary for running amok on the streets in the Omaha Coupe. He left town, leaving the coupe in the hands of fellow Jacks club members—minus that big, bad, Oldsmobile V-8 engine. Howdy Williams bought the car from Hartwell. Williams, along with fellow Jacks member Bob Sugar, bought a Chevy 265 Chevy crate engine from a Chevy dealership. They ran that engine in the coupe in 1956, including a trip to Bonneville when they did not compete. By the time the Jacks had returned to the salt flats in 1957, Williams had purchased the Oldsmobile mill from Hartwell and reinstalled it in the coupe. Unfortunately, the Olds crankshaft was not happy with the engine’s overall state of tune and the fact that it was running on nitromethane. It went to pieces during Speed Week 1957.

Not long after its Bonneville mishap, the coupe was sold to Bill Hanna from the Omaha Rebels car club. One of the Omaha Rebels worked at or adjacent to the city works department and “procured” some Omaha Orange paint, a shade that still adorns the city’s fleet of garbage trucks to this day. The coupe was repainted and became the Orange Crate, which was flat-towed to drag strips across the Great Plains.

As far as Secora’s research reveals, Gary Sheer was the car’s next owner. Sheer used Olds power in the coupe while he owned it, from 1961 until the mid-1960s when he left to serve in Vietnam. At some point along the way, Sheer sprayed gray primer over its orange paint. Secora isn’t sure how many more times the coupe changed hands, but not long after Sheer sold the car, Rick Powers—of the same family through whom Secora would finally buy the car—discovered it at a service station in Benson, Nebraska, on the northwest side of Omaha, in 1970. A hot-rod collector had already come across the car. He had bought some of the most desirable speed parts, including the Kinmont brakes, but passed on buying the rest of the beat-up old racer.

Rick Powers, who was just 10 years old when the high-schoolers in his neighborhood were building the Omaha Coupe, bought the car in 1970 and took it to the garage in the alley, where a teenage Tommy Secora would come across it for the first time twenty years later. (Secora’s original trail had gone cold because Powers rented, rather than owned, the garage and the house attached to it. The elusive “Thomas” was Power’s landlord.)

Powers put a slightly newer Olds V-8 into the coupe and swapped the cut, welded, recut, and rewelded ’33 chassis for a ’32 frame that was in a lot better shape. He worked for an airline and moved at least five times, taking the car with him each time, eventually moving his family and his coupe to San Antonio, Texas. He never found the time to give the Omaha Coupe the attention it needed to get back on the road and on the race track. Eventually, health concerns forced Powers to sell the prize of his collection. He passed away in 2022 at the age of 78.

The strange repetition of the cycle isn’t lost on Secora. “I’m just a caretaker,” he says. In the many videos he publishes documenting his process of rebuilding the Omaha Coupe, Secora doesn’t hide his struggles or his mistakes. “I hope some kid is watching … if just one of those videos changes one kid’s perspective on building something … all this BS is worth it.”

For now, one thing is certain: The Omaha Coupe is back where it belongs. 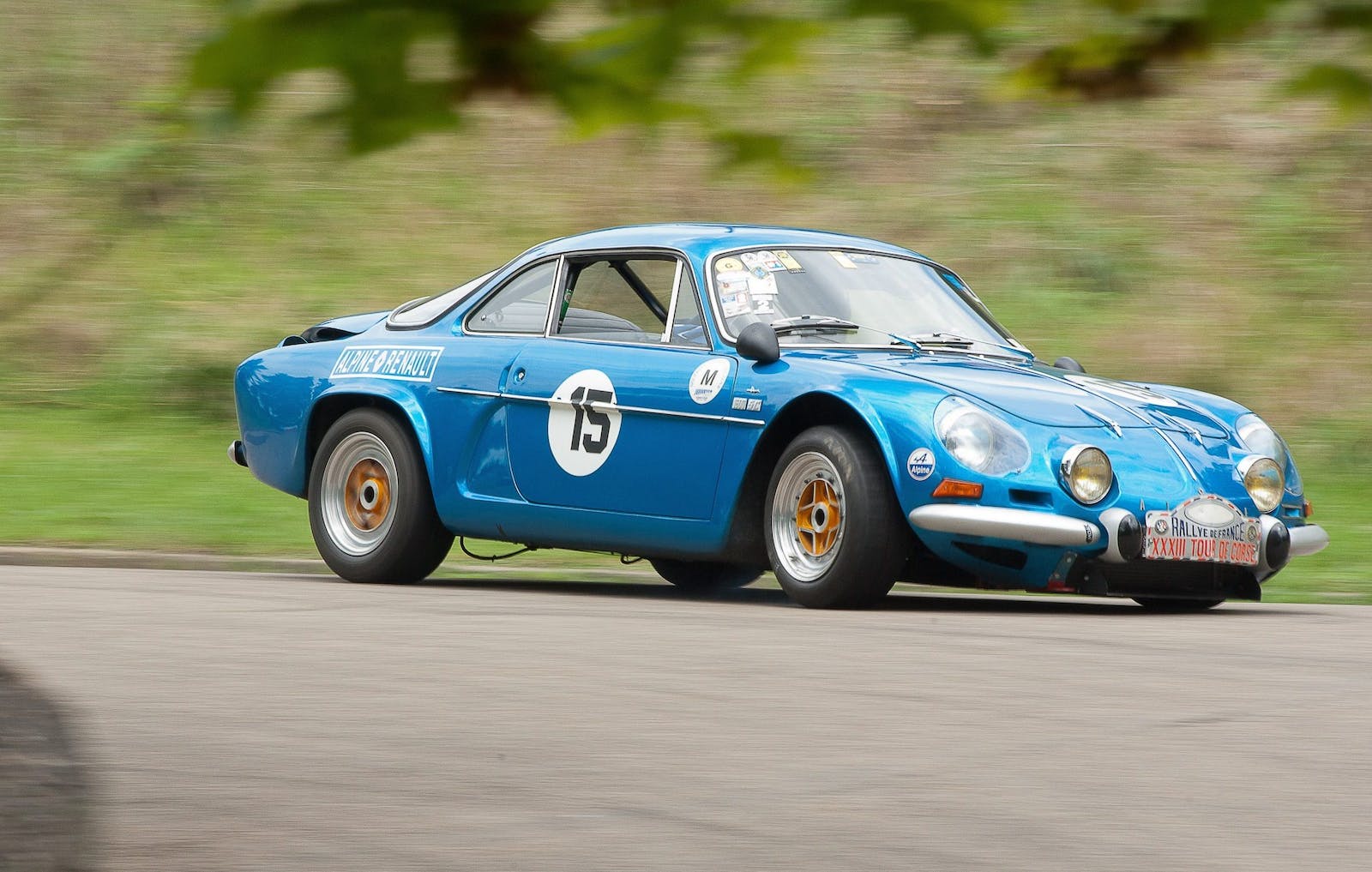 Get an insurance quote
A Story About
Share Leave comment
Read next Up next: Hertz Rent-a-Racers are their own special breed of Shelby