At Hagerty, we seek to make collector car and truck buying as painless as possible, and having a bit of insight on your next purchase can save a lot of headaches. That’s why we offer the Hagerty Valuation Tool and buyers’ guides to inform potential purchasers about trouble spots on popular models. Somehow we’ve managed to overlook Christmas sleighs for all these years, and it’s high time to delve into some of the most popular sleigh models that have been used by Kris Kringle, St. Nick, and others over the years, as depicted in animation, TV, and film.

Before we begin, the standard caveat of “buyer beware” applies because even though there tend to be few moving parts on these sleighs, it seems that even one-owner models rack up a shocking number of miles after just a single season.

[Editor’s note: We appreciate Brandan’s open-mindedness here, given that he privately insists that Santa’s real-life ride is a GTO with a 400 Ram Air IV.]

Early production of the 1964 models continued with the reliable but bendy chassis that was known for racking up the miles. It was topped by a wood-reinforced body, a construction method that was employed for decades by traditional coachbuilders such as Morgan. (Morgan never really stopped fussing with wood frames, come to think of it.) Unfortunately, this model’s inclement weather performance left much to be desired. A mid-year addition of one additional pulling unit added 12 percent more power as well as improved throw on the lighting system and intelligent forward collision alert. Such technological advancements rendered the later model a standout for its era, and thus make it far more desirable.

The Nightmare Before Christmas (1993)

Far from a knock-off, this homage to Santa’s sleigh has loads of ‘60s Kustom Kulture vibes thanks to its repurposed coffin bodywork, menacing sculptures on the runners, and bat-like adornments. The gift storage—a trash can—is not the most elegant of solutions. This one was offered for sale in 2013 and was one of only two sleighs produced in Halloween Town, making it even rarer than the real Santa-owned models. If you’re not concerned with North Pole provenance, this may be an underrated buy.

While not especially family-friendly, Bad Santa is a funny film with a wonderful performance by Billy Bob Thornton and great supporting roles from two late comedy greats: Bernie Mac and John Ritter. However, we must remind our buyers that Billy Bob is not the real Santa, and anyone trying to pass a 1969 Chevy Impala sport sedan as a genuine Santa-owned sleigh should be treated with suspicion. If you’re interested in a later-model Impala SS, we’ve got a buyer’s guide that may come in handy.

How the Grinch Stole Christmas (2000)

Although it debuted in the 1957 book and was depicted in the 1966 animated film, it was the 2000 found-footage documentary that showed us the definitive Grinch sleigh in motion. Despite not having any North Pole magic, this sleigh has an immense cargo capacity that almost defies the natural physics of Whoville. Don’t be fooled by this Santa sleigh imposter, though, as contemporary snow tests prove that its power is lacking and its brakes are wholly inadequate. Do not attempt any daring maneuvers unless your heart has recently grown three sizes.

Our first look at this model came in 2003, but it was in truth a thinly disguised remodel of a long-running staple from Papa Elf’s design workshop. It had been kept under wraps in Santa’s private collection. More of a restomod than anything, this powerful hot rod has a 500-reindeer thrust rating and appeared to be the recipient of a recent runner-off rebuild the last time our valuation team got an up-close look. We’ve heard rumors of sketchy reliability due to its archaic power distribution system, yet it has proven that it has lots of oomph when it counts and never failed to get the job done. The hand-crafted details like fine wood trim and one-off gauges make it a collector’s dream.

Speaking of restomods, this 2018 model shown by Dodge at the 2018 Los Angeles Auto Show proves that the long-running Challenger can still have some surprises in store. With a 797-hp, 6.2-liter, supercharged V-8 breathing through zoomies and a doorless design for easy ingress and egress, this is built for delivering in a hurry and was commissioned by a very muscular Santa in a Dodge commercial from 2018. One problem, though: traction. Meaty tires in the standard Hellcat Redeye can struggle for grip, yet this sleigh version doesn’t have any visible means of propulsion. Best leave this one to Santa’s magic. 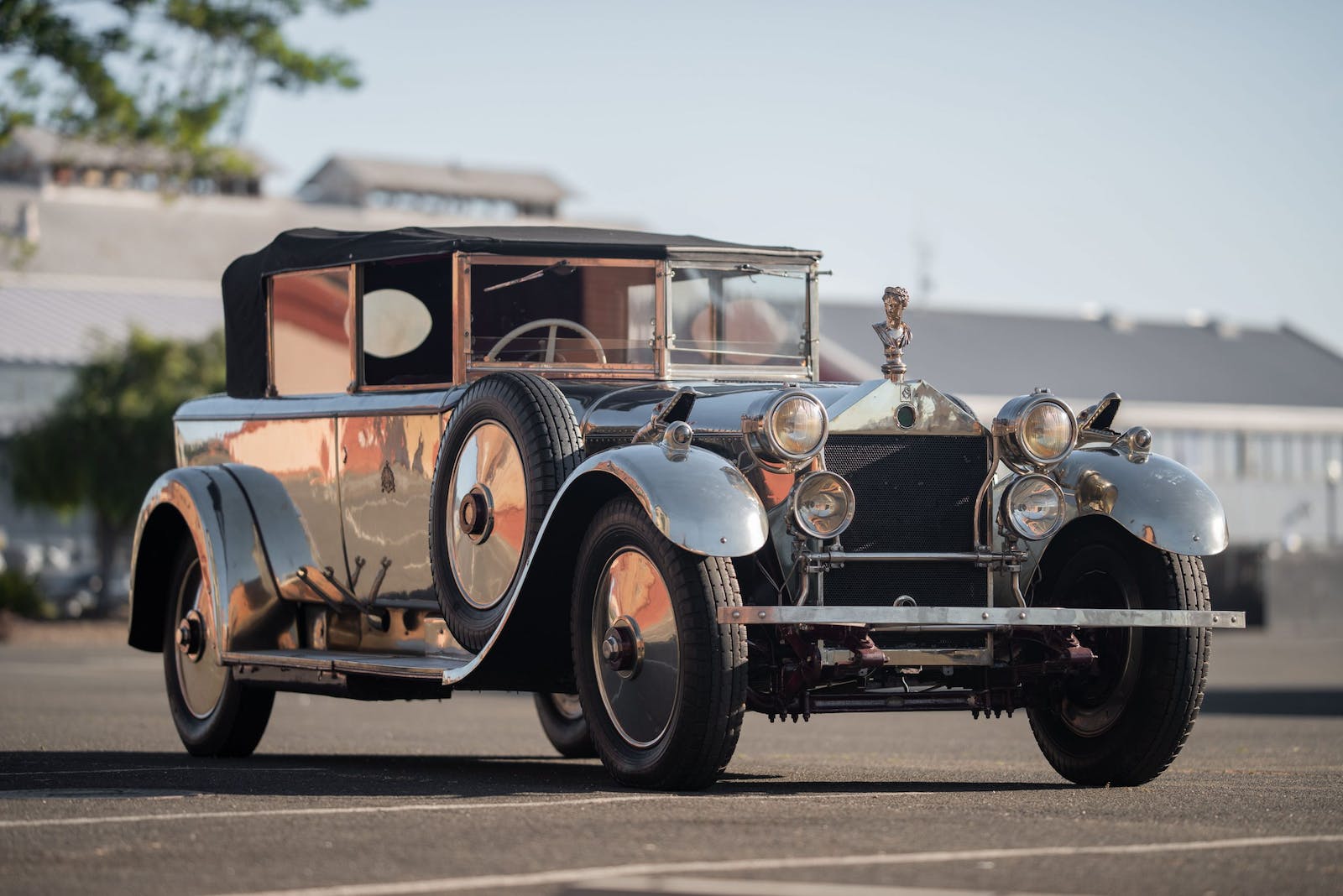