Thank heaven for Bob Lutz, who has now taken Chrysler from naff to pukka twice across nearly four decades. Most people don’t remember that the Chrysler Group was set to be purchased by Fiat in 2014, before the iconclastic recreational jet-fighter pilot and former GM executive came riding to the rescue with a few billion dollars’ worth of sovereign wealth behind him. Lutz’s new slogan, “It’s All About The Cars”, didn’t just change Chrysler. It transformed the entire auto industry. A partnership with Tesla, combined with some deft lobbying, ensured that CAFE would not be a concern for a whole new generation of automobiles engineered with one purpose in mind: kill the crossover and its tepid chokehold on American showrooms.

While Cetane’s readers here in the UK are certainly aware of some Lutz-era Chrysler Group hits sold on these shores, like the “Duster” that has made the 3-Series look faintly silly and the “Horizon” supermini that can be had in all forms from 1.0-litre city car to twin-turbo, 1.8-liter V-6 AWD ‘Ring-wraith, our width restrictors and tax structure have kept many of the firm’s bigger hits in the New World. The Chrysler 300 was all-new and a full foot longer for 2018, boasting an “Imperial” long-wheelbase sibling with a devilish “secret menu” optional item in the form of a low-boost, 7.0-liter, 600-horsepower version of the “Hellcat” engine. The “Newport” estate variant quickly replaced Range Rovers as the vehicle of choice on Martha’s Vineyard, while a scratch-built “Ram 500” compact truck blew the Chevrolet Colorado so far out of the water GM discontinued the nameplate, and its GMC Canyon sibling, in 2017.

Flush with cash and free from the degradations of public-company governance, the Chrysler Group has decided to celebrate Bob Lutz’s 90th birthday with a very special car, seen on these pages: the Chrysler ME-8. SRT Distinguished Engineer Erich Heuschele explained it to us via Zoom from his palatial Ann Arbor estate.

“When Bob gave us a go-ahead to develop a Gen Six Viper, he also told us to envision a Chrysler Firepower, which would have been a Hellcat Viper with an upscale interior and some of the styling cues from the new 300. Well, as you know, we ended up supercharging the V-10 to make the 2019 Viper a true thousand-horsepower supercar. And with just 720 horses thanks to exhaust routing, the Firepower wouldn’t have showed very well against the Viper, particularly since it was intended to cost more.

But it got us thinking: We have this compact powertrain package, relatively speaking. Why not think mid-engine? So that’s what we did. The ME-8, which pays tribute in its name to an old Chrysler show car, went from concept to Job One in just twenty-eight months. Our goal was to humiliate the C8 Corvette.” Heuschele appeared to be suppressing a maniacal grin as he added, “And the numbers certainly make the case that we did.”

Roughly the size of an Acura NSX, the ME-8 offers the Hellcat V-8 in three stages of tune, from 707 to 847 horsepower. The first two levels are available with the new Tremec dual-clutch transmission that has won such acclaim in the Corvette, but the 847-horse variant is available exclusively with a six-speed manual transverse Xtrac gearbox. The customer can choose between three sets of gearing, labeled “Road Course”, “Long Legs”, and “Standing Mile”. With the latter set, the ME-8 has a verified top speed of 232mph. “It’s on a limiter,” Heuschele explains, “to keep it away from the 245mph Viper Aero model, and to enable a wider variety of tire fitments in the aftermarket.” Every variant of the ME-8 is good for at least 201mph, although if (or when) the ME-8 ACR appears, it will probably have a lower top speed due to the wing package.

Bob Lutz’s legendary ability to get enthusiastic suppliers on board has resulted in no fewer than six interior schemes being offered at product launch, from a minimalist Sabelt racing-cloth setup to a full Mark Cross leather cockpit in rich tones of walnut and mocha. “Personally,” Lutz told us, “I like the Sabelt interior. But Chrysler has regained its position as America’s premier luxury brand, and we need to honor that as well, if the buyer wants.”

We were given an afternoon with a base-spec 707hp DCT ME-8 at Grattan Speedway in rural Michigan, USA. First impressions were ludicrously good, despite a considerable curb weight of 3,710 pounds, the ME-8 defies the laws of physics in every way imaginable. Every way except for one, however: when our American correspondent Spaniel Felson decided to show the size of his bottle by keeping his foot in it over Grattan’s back-straight “hump”, he learned that “what goes up in the air must eventually come down in the field.”

“You told me you weren’t going to use Felson,” Lutz growled, upon being informed. “He’s a menace, both to our cars and to the counter staff at the Gap.” When queried as to the reason for the crash, Spaniel mumbled something about understeer at the limit, “just like a Ferrari.” For our next date with the voluptuous colonial coupe, we’re going to use another Stateside correspondent, Colby Dousche. While Colby is generally regarded as a mentally disturbed anorak with delusions of club-racing grandeur, he did once win an indoor kart race in Pataskala, Ohio, making him the best-qualified motoring journalist in the business now that Paul Frere is gone.

The Chrysler ME-8 starts at $99,999 for the base variant in Sabelt cloth and can climb as high as $192,499 for the 847-horse car with full Mark Cross and glass-crystal controls. It’s a fine way to celebrate the life of a man who has done so much for the Pentagon brand over the past forty years. Can you imagine Chrysler without him? 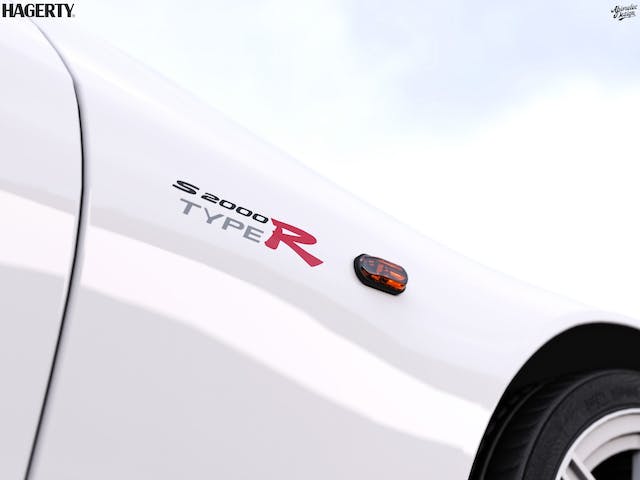 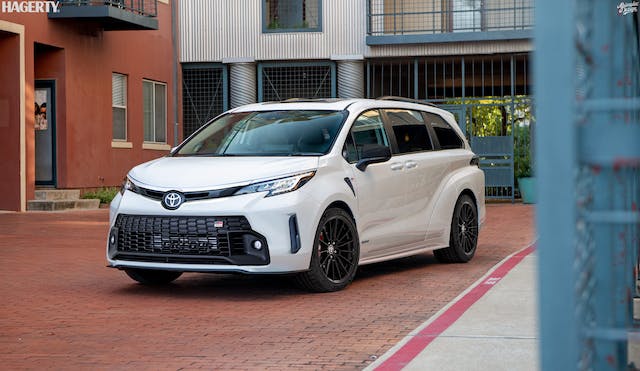 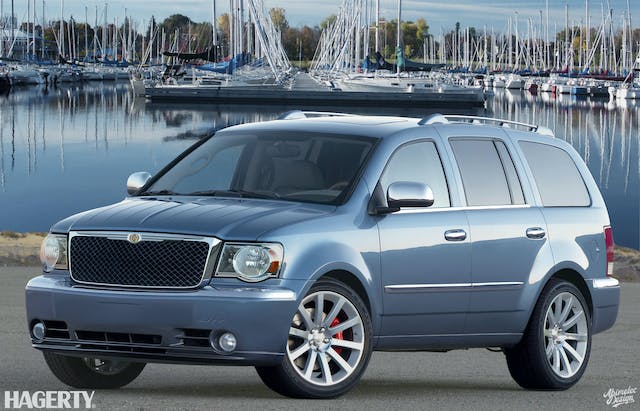 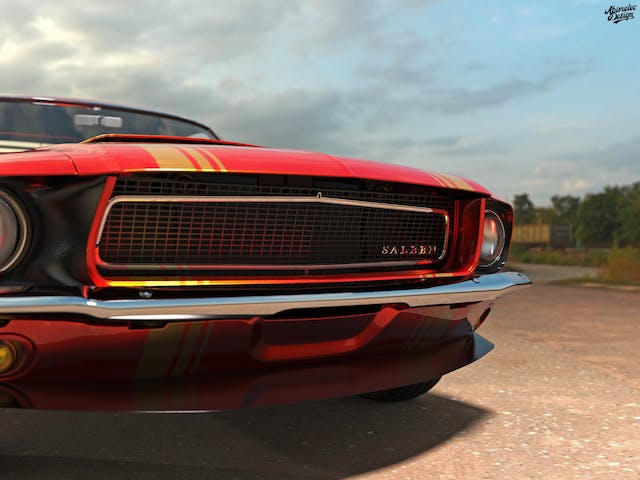 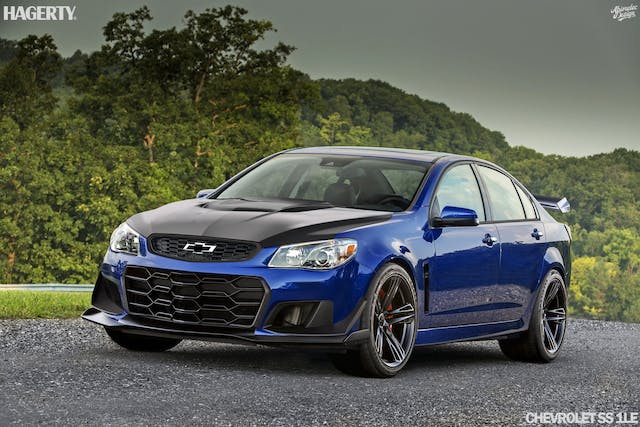 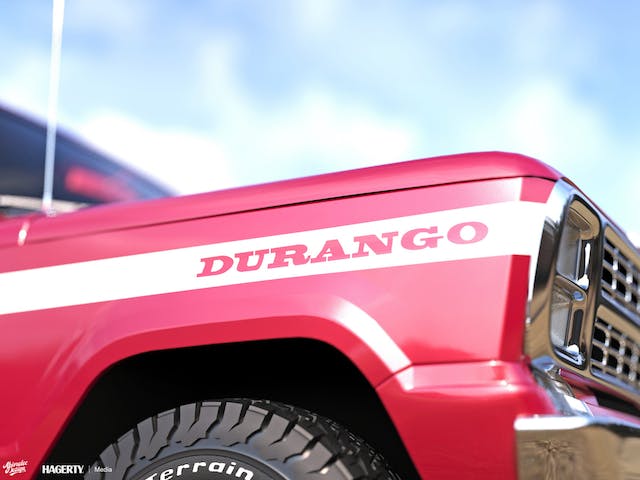