He slammed the shifter into second and rolled on the throttle, feeling the engine pull hard. The back end went a little light as the tires lost traction, and he responded by tipping into the throttle a little more, as if daring the car to break loose. He wanted to forget all about the argument, but the words were still bouncing around in his head.

Hard shift to third. The white lines on the road picked up speed, as they do, 10 feet long and 30 feet apart. It was somewhere around 65 mph that the dotted lines filled and then left his peripheral vision, faster than he could tap his index finger.

This was escape velocity for him. Beyond the 15 mph that had run as a teenager, faster than the thirty-or-so miles per hour of a horse, speed enough to flee. The engine pulled strong. He could feel his tension fading slowly. The process served to calm him in a way he didn’t need to understand in order to rely on.

Here, he was in control. Back there, the words piled up on top of each other, so many, until they just became noise. With fight or flight, he always chose the latter. Attacking constituted a crime, and he wouldn’t take it that far again. But they always seemed to want to drive him to aggression.

Age had tempered his responses, and these days, he chose to escape, not engage. Break speed limits, not a jaw. Better to fight inertia and headwind than flesh and bone. When he got to the point where he wanted to hit someone, he hit the gas instead.

The control there was intoxicating. Nothing happened without his input, and unlike people, the reactions were always predictable. The fingertip inputs at the wheel, the placement of tires at each apex, the smooth acceleration from each corner, all at his bidding. He had bought the Facel II from Ava Gardner’s estate, then restored it—nursed it back to health and tuned it to his liking. The honor of its creation belonged to a group of workers far away and long ago in France, at a long-dead company that had earned his allegiance by the shear audacity of its creations.

But he had taken their dream and made it his own. Somehow uniquely his. Something he controlled.

He shifted into fourth and rolled into the throttle again. The V-8 hissed as the secondaries opened, drinking in fuel as the revs climbed. His thoughts wandered, as they often did in these moments. With the top down, the stars and a half moon were visible just above the wrap-around windshield. He remembered the first time he had ever noticed that moon shape, as a child, then coming to realize that the moon was always full, an optical illusion, the earth’s shadow changing its shape in an orbit each night. The bright side is familiar and easy to recognize, the shady side harder to discern.

His mind went back to the argument. How he wished everything was clear and visible but seldom was. The hidden parts are what cause the trouble, the confusion. The shadowing temporary, but then a dark side that you never see.

The tach reached mid-range power in fourth gear and he settled down. The angry words felt more distant. He brought them back up, but they had fallen to mere mumbles, only the moment of boil remaining. He remembered the switch flipping in his head, the moment he said “Screw it,” and walked out, straight to his car. At that moment, nothing had felt more right, more fully justified.

His mind ran through a brief systems check. Gas tank: full. Oil pressure: gauge holding steady, three bar. Tires: full of tread. He could make it to the coast before he ran out of gas. The credit card in his pocket could fund a few dive motels along the way, enough for maybe a week’s worth of driving … it was tempting.

The argument had started at two in the morning. At 2:45, he had bolted out to the garage. The engine’s rumble and the pull of acceleration was a salve on his psyche, calming him down. The night air was full of dew, the air spilling over the windshield misting the inside of the glass and those chrome-rimmed gauges.

He didn’t have a rag, so he pried off his right shoe and pulled off his sock to wipe down the glass—a trick he once saw an Army medic do, when they needed a tourniquet. He turned his dash lights off and rolled into the throttle again, bare foot on the pedal. He could feel the engine’s vibration through the pedal, feel its heat through the steel pad, feel the pedal squeak as he pressed it deeper. The wood wheel was warm to the touch, the lacquered hood alternating reflections between moonshine and clouds. They flew into the dark curves as one. No radio, no dash lights, no pain.

A familiar section came into view. The road dropped downward for half a mile, into a vale. The temperature changed as he descended, the air heavy and humid, with a peaty smell. The air brushed against the back of his neck and billowed his shirt sleeves. The narrow bridge at the bottom of the hill became illuminated by his high beams, the concrete sharp contrast against the black two-lane. It looked like an aircraft carrier floating in the dark.

He centered up on the bridge and hit the entry at full song, two tons of steel and aluminum compressing the suspension to the bump stops. The chassis shuddered under the load. He anticipated the recovery, and as the car rebounded on of its springs, the steering went light, as if the front wheels were aquaplaning. He loosened his fingers on the wheel.

“Okay, girl…” he said, in a tone both calming and pleading at the same time. As the Facel’s dampers clamped the oscillation, she settled down and shot into the darkness on the other side of the bridge.

He decided to play the navigation game his Dad called, “Deak Reckoning.” You drive west for 40 minutes, then take the first right turn north that you see. Then you go north for 20 minutes until you are “gutenlost,” as his Dad used to say, in his guttural and mocking German accent, borrowed from a black-and-white war film. From that point, the challenge was to use dead reckoning to get back home: no maps, no GPS, no asking for help. A fun game, which they played when he was a boy.  He pulled a stopwatch from his glovebox and clicked it alive. He thought about how much he missed his dad.

Forty minutes later, he was deep into the country, no streetlights and few crossroads. As the stopwatch reached the mark, he began looking for a right-hand turn. It took about a mile, but a narrow two-lane appeared, fading into the distance on the right.

He stopped the car at the intersection and shut the engine down, climbing out. He lit a cigarette and leaned against a front fender, pulling a long drag. The car ticked and clinked as it cooled, a deep rumble as the cooling system tried to equilibrate.

He walked around the car. Who were those men who created this, he thought, what drove them? Not a bad angle from any view. Was this a lost art these days, with roads full of shapes like athletic shoes?

He ground out the remains of the cigarette and climbed back in, firing up the engine. He reset the timer for 20 minutes. Corn fields were to the right, ripe in the late summer, the tassles standing proud against the night. To his left was a deep wood, and between shifts, he could hear the cicadas and tree frogs trilling their songs. The peace of his baseline had returned, and he was once again dancing on a dark back road, in his happy place.

As the timer clicked past the second target, he looked up for the North Star, the glow of the city on the horizon, took his bearings—now, to find a way back.  The angry words had dissipated, replaced with commitment and devotion.

Maybe that was the point of the navigation game: To make you feel so lost that you yearn for home, regardless of what you left there. 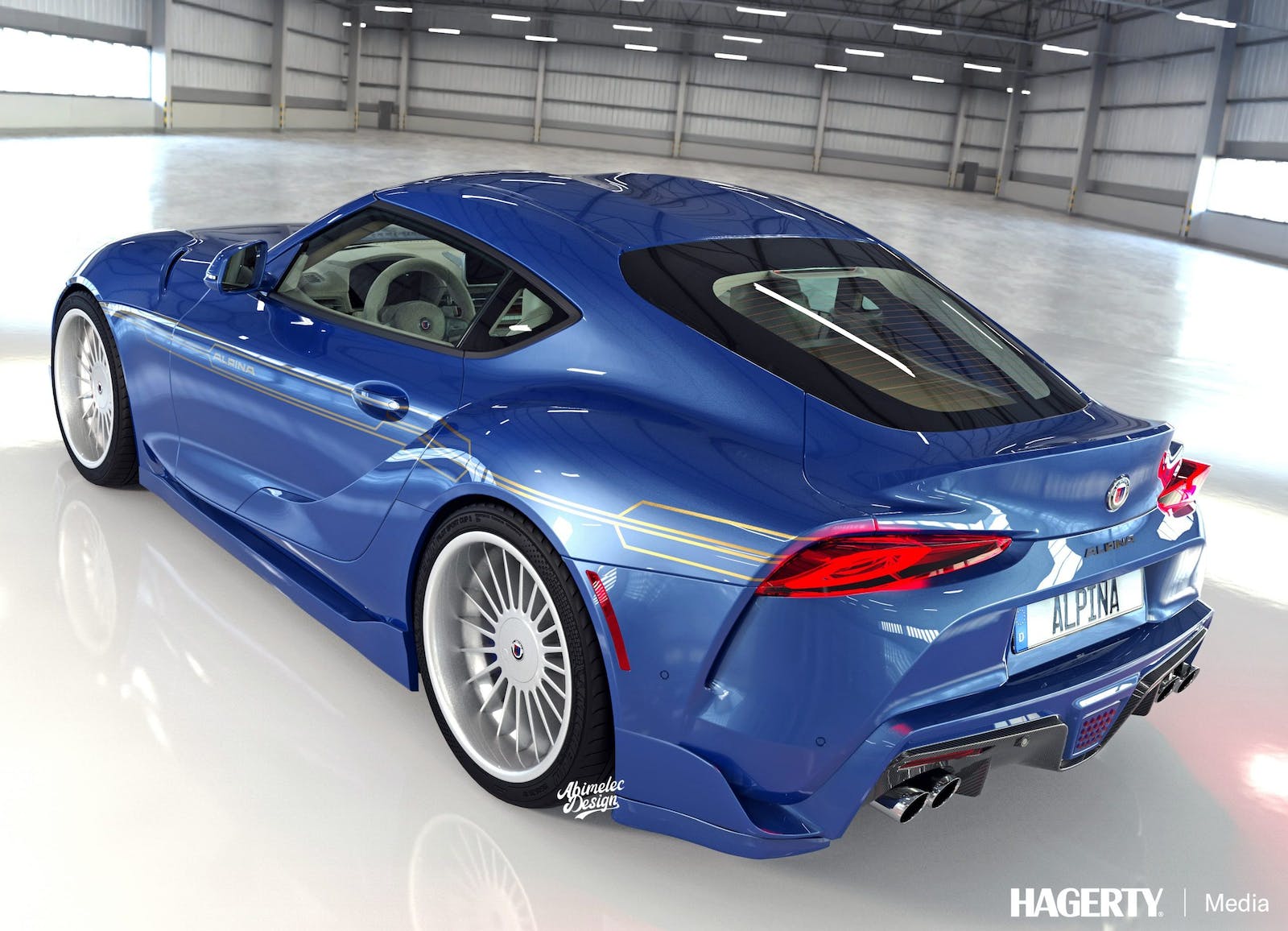 Get an insurance quote
A Story About
Leave comment
Read next Up next: 5 of our favorite EV builds from Holley High Voltage