After a lifetime of chasing forgotten or neglected barn find cars—sometimes hidden in plain sight and sometimes discovered in actual barns—Tom Cotter says his most recent book on the subject was perhaps the easiest for him to write. While his just-released Secrets of the Barn Find Hunter contains tales of serendipitous discoveries and plenty of cool classics (as always), perhaps the most fascinating stories are those that reveal more about Cotter and how he thinks. Which explains the secondary title of the book: The Art of Finding Lost Collector Cars.

“I started hunting for cars when I was a kid,” says Cotter, who grew up on Long Island, New York. “My friends didn’t care; they were playing baseball and soccer and stuff—and I didn’t care much about that. I’d see old cars while I was riding the bus, and then I’d go back to those places on the weekends.

“Usually when I write a book, I have to do a lot of research and background stuff, but for this one I didn’t need to do any of that. It’s pretty much my autobiography, so it didn’t feel like work at all.”

Cotter says his love for cars and an urge to hunt for forgotten classics eventually led to a successful writing career—and a Hagerty-sponsored YouTube series—that he had no clue was even possible. He has written 17 books, and an astounding 11 of those have been about barn finds. Astounding to him, at least.

Cotter had already written two automotive-themed books and was looking for another when a series of events changed his writing trajectory. In the early 2000s, he bought his dream car, a Shelby Cobra, and after driving it from California to his home in Davidson, North Carolina, it became the subject of a Peter Egan story in Road & Track magazine. That story resulted in a phone call from a neighbor that Cotter had never met.

“He said he enjoyed the story and invited me over,” he says. “After he checked out my Cobra, he said he had something in his barn that I’d like—an AC Greyhound. I couldn’t believe it. It wasn’t a Cobra, but our two cars came off the same assembly line in Great Britain and somehow ended up right next to each other in North Carolina. I mean, we share a fence line! How cool is that?

“So, I had a meeting already set up with my publisher to talk about a different idea for a book, and I said, ‘You’re never going to believe what happened to me.’ He said, ‘Tom, there’s your next book: The Cobra in the Barn.’ I said, ‘Nobody cares about that,’ and he said, ‘I’ll take a chance if you will.’”

The rest, as they say, is history. The Cobra in the Barn was so successful that a flurry of barn-find books followed.

The newest, Secrets of the Barn Find Hunter, is beautiful to look at—with raised lettering on the cover and gorgeous photography inside—and is also written in a way that makes it easy to consume in small or large doses. “You can read it the way I wrote it,” Cotter says, “a little bit at a time.”

The book’s introduction was written by McKeel Hagerty, which is appropriate, considering Hagerty and Cotter have much in common when it comes to discovering lost cars. Hagerty’s first car—a dilapidated 1967 Porsche 911S—was a barn find purchase that he made at age 13, long before he could legally drive. Cotter did the same thing, buying a derelict 1940 Ford Deluxe convertible at 14.

Cotter attempted to coax his friends into helping him get the car running, but he ultimately sold it to purchase his pride and joy, a 1939 Ford woody wagon that he ultimately restored and which he still owns today. The car is his primary barn-find hunting vehicle, and it serves as an ice breaker when meeting strangers.

Since Cotter’s public persona is so connected to barn finds, the book’s prologue immediately addresses the two words that have become such an integral part of his life and the collector car vocabulary. “I didn’t invent the term barn find, but it’s a brilliant catchall phrase to identify a neglected car that might be sitting in a barn, or a warehouse, or a field, garage, carport, driveway, backyard, parking lot, or just about anyplace else … Whoever invented the term, thank you.”

As the title suggests, Secrets of the Barn Find Hunter is chock full of tips, suggestions, and insights that will help and encourage the average classic car enthusiast go hunting for forgotten vehicles in their own backyard. The book’s 16 chapters address things like cold calling, selling yourself, hoarding vs. collecting, and the must-read chapter “Top 25 Barn Find Hunting Pro Tips.” Dispersed throughout are themed breakout sections (distinguished by colored pages) like “My Barn Finds” and “View from the Passenger Seat,” in which some of Cotter’s traveling companions share their experiences of going on adventures with him.

The most enjoyable words come from Cotter himself, of course, which is no surprise to those who are already fans of his work. For example:

Speaking of buying cars, Cotter says that while he has purchased some of the vehicles he’s found, his obsession is more about the enjoyment of finding them than owning them. Plus, it’s difficult for him to part with anything. “To me the cars become friends—like a Golden Retriever. Once they’re in the family, they’re hard to let go.”

Cotter emphasizes, both in the book and in person, that as much as he loves cars, he loves the stories associated with those cars even more. And he enjoys proving time and again that there are still plenty of barn find vehicles hiding out there.

“If I haven’t stressed this enough, there are so many cars—so many cars,” he says. “It doesn’t matter where I go, I know I’ll find stuff. I always find stuff. And I’d rather find one car with a good story than 1500 cars in a field that are someone’s inventory. That’s my passion: digging the human-interest story out of sheet metal. The stories are the real gold.” 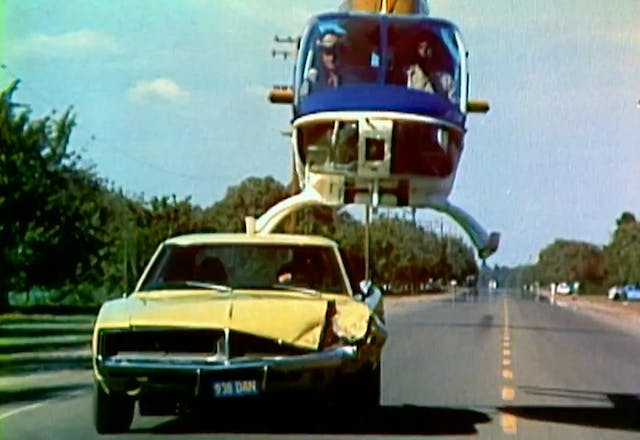