We’ve all heard stories about cities alleged to have the worst traffic in the world. It’s pure chaos in Paris and Rome. Tokyo is sensory overload. Atlanta and Chicago drivers are the worst. Among driving enthusiasts like us, it’s sport to choose any major city around the globe and complain about its drivers.

Los Angeles, however, is the ultimate symbol for bad traffic—and its reputation is well-deserved. The sheer volume of traffic that runs wild on Southern California freeways is unimaginable. Users of the freeway system in Los Angeles County alone total in the millions every single day.

No matter where you live, you’ve probably seen news images of California’s I-405 in full gridlock. Imagine a freeway with six lanes in both directions, each lane filled with single-occupant cars, moving no more than a few kilometres an hour. The horror!

I’m here to share with you my unique perspective on driving culture in the two parts of the world where I consume thousands of miles of road. On average, I drive nearly 50,000 kilometres a year, with half of that in the Toronto area and a third in Southern California. It may come as a surprise to you, but I’m willing to argue that drivers in Southern California are not the worst. Most Toronto drivers are, on the other hand, decidedly in the Needs Improvement camp.

TomTom’s 2019 Traffic Index report states that Mexico City experiences the worst congestion in North America, followed by Los Angeles. Toronto takes the puck deep up the list to the no. six spot. There’s more to the city driving experience than sheer traffic volume, however.

Freeway systems began to develop in Toronto and Los Angeles in the 1930s. You might assume that driving behaviour in those cities matured alongside the physical infrastructure in the following 80 years, but that couldn’t be further from the truth.

Nobody walks in L.A., as the song says, and that’s everyday reality for the majority of Southern Californians. Of course people walk, but, among vehicle owners, they walk for exercise and not for transportation. Public transportation policy lags behind societal need in most regions. Most people drive rather than walk, cycle, or take public transit, and that preference has led to the development of a unique car culture which is defined by its breadth and depth.

Only in Southern California could a small company like Singer Vehicle Design emerge to produce museum-worthy, six- and seven-figure rebuilds of humble Porsche 911s, with a waiting list as long as PCH. Singer’s legendary reimaginations of 911s require highly talented fabricators, engineers, painters, upholsterers, and parts suppliers, and many of those people are concentrated within a stone’s throw of the company’s L.A. headquarters.

Singer’s proximity to some of the region’s finest driving roads is no accident, either. Canyon and mountain roads crisscross all of Los Angeles and Orange counties. The routes are reasonably well-maintained and the best part is that speed limits are suitable for adults.

These great roads, a highly predictable climate, and scenery that ranges from beaches to forests to desert—combined with the cars and trucks I’m privileged to test there—make Southern California one of my favourite destinations. Enjoy any of my YouTube episodes from California and you’ll see what I mean.

To the uninitiated, driving in Los Angeles may seem overwhelming. The pace at which traffic moves is rapid, the volume of vehicles is mind-boggling, and you’ll frequently encounter lane-splitting motorcycles. L.A. can be a soul-crushing experience for the uninitiated driver.

On the other hand, the level of awareness required to endure this traffic on a daily basis raises the skill levels of the local drivers. You have no choice but to pay attention to survive your commute. It’s sink or swim in L.A.

Southern Californians may love to complain about the conditions of their roads, but Ontario residents have it worse. The northern winters wreak havoc on Canadian road surfaces, which are tortured by a pattern of freezing and melting, a cycle exacerbated by religious use of road salt. Dodging potholes is a winter sport in Canada, much like hockey is our national pastime. However, one of the fundamental differences between Ontario and California today is that speed limits are juvenile in the Great White North. It appears that the province has no faith in drivers’ abilities to motor though corners at any reasonable pace.

Sure, the Greater Toronto Area possesses a reasonable public transit system that supports millions of daily riders, but to get anywhere outside of that locale, one must drive.

When I started driving, I honed my road skills on the curvy roads of the Niagara Escarpment. Much like the California canyon roads I drive today, the scenery there is beautiful—but in modern Ontario fashion, the speed limits have dropped from 80 km/h to 60 in the last three decades. Most likely, bureaucrats argued for the reduction in the name of saving lives, but a cynic might suggest that lower limits increase speeding ticket revenue.

Look at any map of Southern Ontario and you’ll notice its defining feature: straight roads. That’s due to the nature of the topography—twisty roads are few and far between.

Ontario’s roads and the rules that accompany them foster a population of drivers who are only comfortable driving in straight lines. When that tissue box starts sliding across the dashboard, you gotta slow down, buckaroo. The notion of carrying even modest speed through any Ontario corner has been erased from most people’s driving experiences, and many Ontario drivers’ skill levels are lower as a result.

The predominance of straight roads, the sophomoric speed limits, the resulting reduction in driving proficiency, and a less mature response to digital distractions have created a driving culture in the Toronto area that is often opposite that of Los Angeles. For instance, L.A. drivers are reasonably aware of motorcycles on their roads all year long; Ontario drivers are surprised to see them every spring.

I’m not suggesting L.A. drivers are perfect. They’re far from it. I’ve witnessed exceptionally egregious, if not illegal, driving behaviour ranging from sustained speeds of 200 km/h on the freeway to oops-I forgot-I’m-driving-on-bald-tires crashes during the occasional rainstorm. In general, though, drivers in Southern California are more engaged than those in Ontario. Drivers in the 6ix are, in my experience, more often distracted by their phones, more likely to stop their disabled cars on the left shoulder, and more likely to hog the road compared to L.A. motorists.

What are you saying, Brian? Toronto drivers are more selfish than L.A. drivers? Yes, my friends, this is the truth of the matter.

This idea crystallized for me following my return home from Los Angeles last year. The morning after my return, I jumped in a car for a quick trip east of Toronto on Highway 401.

Within seconds of merging into the collector lanes, I witnessed drivers in a panel van and a Honda Civic vying for the same space in the far left lane. With the next interchange to the express lanes of the 401 four kilometres away, there was no urgency to change lanes. Yet, these gentlemen managed to sideswipe one another in a fit of rage in their fight over a few metres of asphalt.

Toronto’s rush hour is defined by this lack of courtesy and the outright selfishness of incessant lane-changing for the sole purpose of advancing one’s position in traffic by a few metres.

This style of driving is infuriating to me, and modern driver-assist systems only make the situation worse. I’m often testing cars with well-resolved, low-speed-follow, advanced driver-assist systems, which, for safety’s sake, leave a couple of car lengths between me and the next vehicle. Inevitably, it only takes mere minutes, if not seconds, for the next boor to jump into the space ahead of me, forcing my car to brake itself.

It may be hard to believe, but drivers in Southern California show markedly more courtesy than those in Toronto. During rush hour, they seem to realize that they will arrive at their destination in the same amount of time as everyone else.

As a result, L.A.’s heavy freeway traffic is defined by infrequent lane-changing. Even when gaps do appear in adjacent lanes, drivers don’t pounce upon them like they do in Toronto. It’s almost a pleasant experience.

After a few days spent driving around Southern California with motorists who seem to know what they’re doing and act with some measure of courtesy, I’m loath to return to the mean streets of Toronto. Can we make driving in Ontario enjoyable again? Of course we can. As a driver, I know how we got here, but I don’t know how to fix it single-handedly. Whether we develop a more sane, considerate driving approach—or simply yield to selfish recklessness—is up to us. 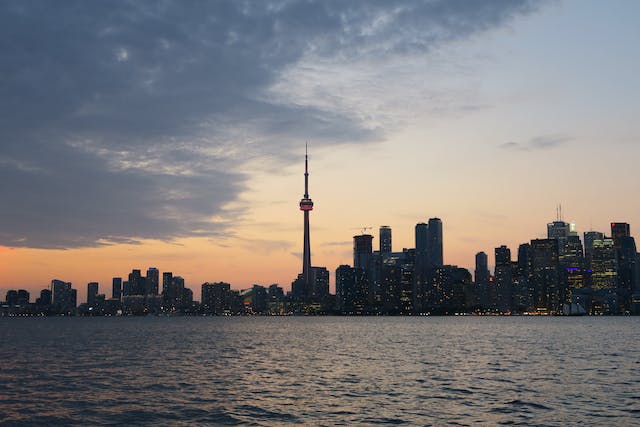