Smithology: I was taught that a dream might partake of the miraculous

In case you haven’t noticed, it is now officially February. Way too late in the year to make New Year’s resolutions. Doesn’t matter. I made some. I am occasionally late to this sort of thing.

Those resolutions are shared below. To break up the text, I have illustrated those resolutions with various and sundry photographs taken or stored on my phone over the past year.

Disclaimer: Those images represent some of the choices made by your narrator in 2021. Some of those choices were poor. Some were excellent. Many had to do with long-distance travel on either four or two wheels. I leave you to figure out which are which.

And now, without further ado…

I will stop buying random books I do not actually need or have time to read. Not even the books that I think might help, one day, with an automotive or motorcycle project that I have not started and will never actually start.

I will definitely stop buying those books when they focus on vehicles I do not, and will never, own.

As long as we are discussing projects: I will stop turning small vehicular projects into large ones.

As long as we are discussing, uh, size: I will also stop turning large projects into even larger ones.

Addendum to the addendum: I will also stop looking at the project work of other people and wondering why I like my work less. (That is, of course, unless the work of the other people in question is obviously and objectively better, as it often is. In that case, I will perhaps obsess over how I can learn to produce such fine work, because obsession is the best part of any creative pastime. Especially one that sees you consuming three or four buckets of coffee before sitting down and writing things like resolution lists.)

On a related note: I will consume far less caffeine before making decisions of any sort.

You know the ones.

Especially if those purchase decisions later prompt the purchase of many deeply necessary parts for vehicle repair or modification, and well, also, the making of a mug of coffee where the bottle of Michter’s rye happens to accidentally, uh, tip over into the mug a little at 8:00 on a Wednesday night, and then a little more, and then a little more after that. All while the stereo softly murmurs out some old Ella Fitzgerald track and a space heater burbles away happily on the floor, aimed at my socked feet. Which are usually not the sort of thing anyone would want to smell, especially while heated, but hey, if no one’s around, live your truth, hot-sock the house.

Side note: Gotta be careful about those Wednesday nights. Something about the drag in the middle of the week. Innocent drinks keep getting polluted with distilled liquid.

Related note to the side note to the related note: I will stop looking at the aforementioned internet auction sites and moaning about the rising cost of literally everything. Just as I will stop going to Costco and used bookstores whenever I feel even lightly grumpy about humanity, as a way to feel better.

Related note to the above: Do not ask why I own three 1930s-print copies of Antoine de Saint-Exupéry’s aviation masterpiece Wind, Sand and Stars, plus four unopened half-gallon jars of Greek kalamata olives.

(Your narrator is not a hoarder. Your narrator simply believes life is made by the little joys, the spaces between.)

(Especially if those spaces are filled with fine olives.)

(Or a book whose endpapers hold the stirring dedication, “A French Aviator who followed the profession of Airline Pilot for Eight Years offers the American edition of this book in homage to the Airline Pilots of America and their Dead.”)

I will no longer walk across the house and stroll into my wife’s office, as I have done many times, simply because I am tired of whatever I’m doing and desire attention. I will certainly not use as excuse the line, “Look, I installed a bearing on this steering stem!” while carrying parts of a motorcycle, as I did last week. Since all this will not happen, the Wife American will no longer have to say what she always says when I do this sort of thing, which is, “Oh? Good work.” Without looking up from her laptop.

Speaking of work, I will stop growing distracted at all hours of the day by compelling items unrelated to the task at hand. This shall include, but be not limited to, the passage in Wind, Sand and Stars that recently consumed my imagination for several minutes. A passage that I opened to randomly while looking for the exact wording of the above dedication.

Oh, hell, that passage is delightful. Let’s just quote it:

Once, in this same mineral Sahara, I was taught that a dream might partake of the miraculous. Again I had been forced down [while flying], and until day dawned I was helpless. Hillocks of sand offered up their luminous slopes to the moon, and blocks of shadow rose to share the sands with the light. Over the deserted work-yard of darkness and moonray there reigned a peace as of work suspended and silence like a trap, in which I fell asleep.

A fine writer and notable romantic, Exupéry. As you may have gathered, some of his career was spent in flight over desert. That job undoubtedly required the kind of stoic patience that I often demonstrate while waiting for a parts shipment from some distant land. In these moments, I sit in front of a computer and totally do not check various UPS or FedEx tracking numbers ten times a day, and certainly not because one of them might have shifted from “label created” to “in transit,” and thus prove that I have effectively prayed temporary happiness one step closer to my house.

I guess I should resolve to stop doing that, too?

So many distractions in this life. I should learn to ignore the albums I play on the shop stereo while working on machinery. I should definitely stop becoming so distracted by those albums that I end up sitting in a chair for 20 minutes to drink an adult soda pop and admire some nearby machine. Serious work done by serious people should contain serious ideas and focus.

Along the same lines, I will get up a little earlier every day, if only to read more about things I love.

If I make that last aim happen—and I have before—then I will definitely not do as I have in the past and use that precious quiet time to troll Facebook Marketplace and Craigslist, for there be dragons.

I will stop asking myself, “Who the hell needs a Renault Dauphine?” Especially since I know that the answer is mostly “me, I guess?”

I shall never again drive a terrible old car across the country simply because car and country are there. As I did last year, Tennessee to California and back, more than 5000 miles in total. It was great, even if many of those moments mirrored how that old-lady fortune teller said I was going to die.

If you know of a Renault Dauphine or anything else old and decrepit that needs to cross a few time zones under its own power, please do not let me know. I am trying to quit that business.

(More to the point, do not under any circumstance email me, spsmith@hagerty.com, with the details, and certainly do not expect prompt response between the working hours of nine to six, Monday to Friday, Eastern Standard Time, Tennessee, America, Planet Earth.)

Finally, I shall endeavor to be more timely with regard to my to-do list of everyday tasks. All the things that are not time-dependent or in any way critical to daily life and the survival of me, my job, my children, or my vehicles.

That probably includes not waiting until February to make a list of New Year’s resolutions. 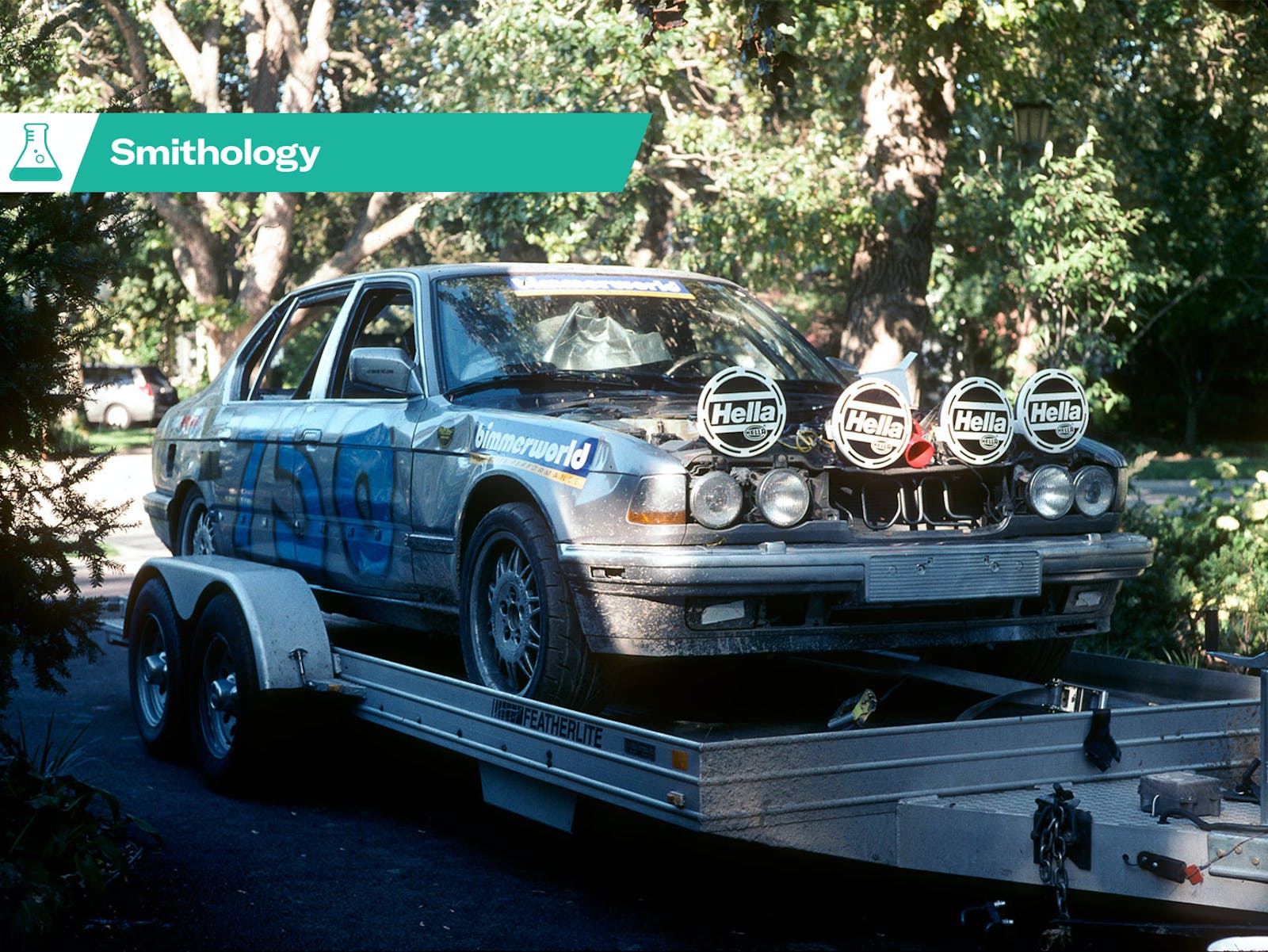 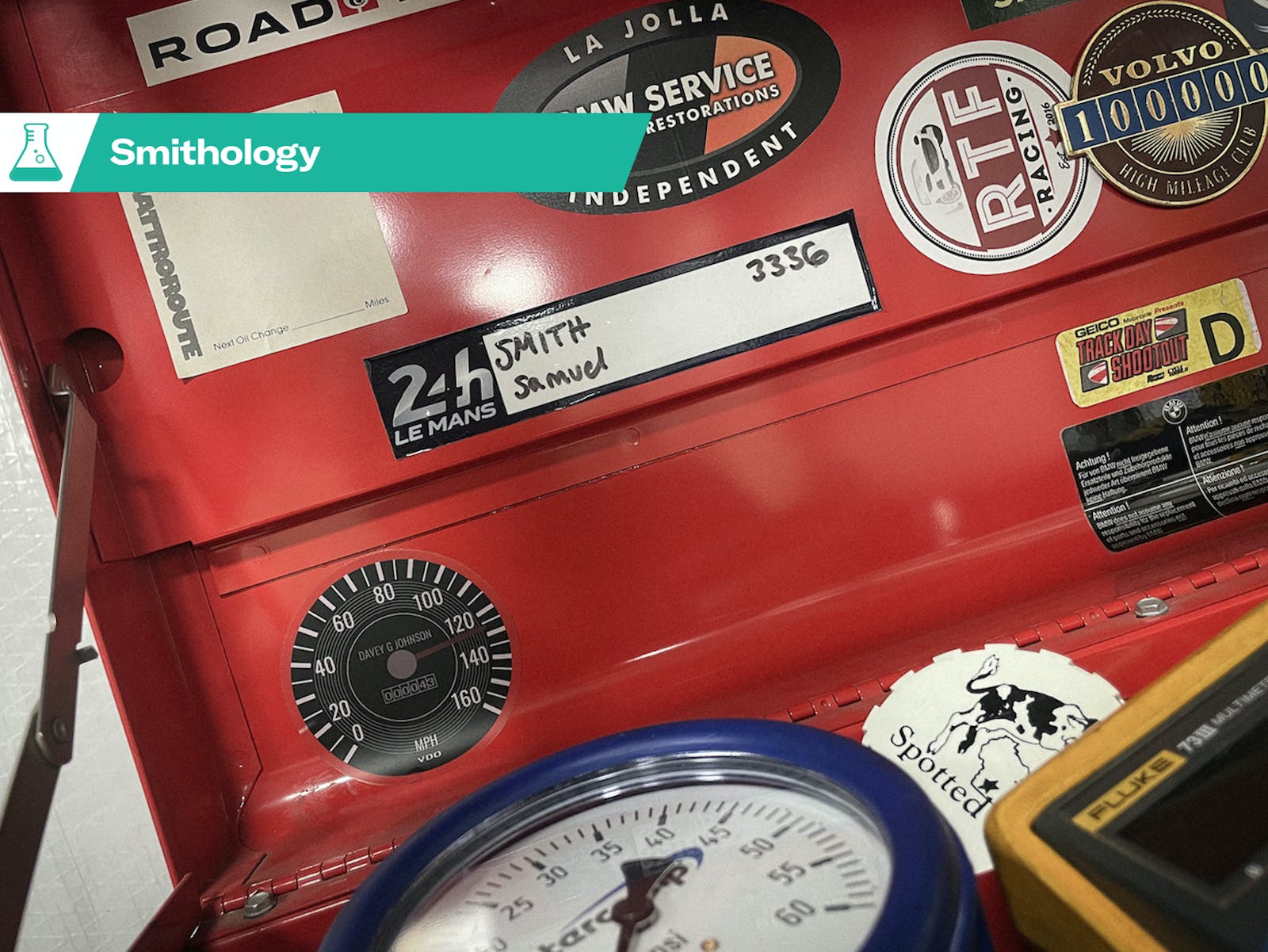 Get an insurance quote
A Story About
Leave comment
Read next Up next: Review: 2022 Mercedes-Benz S500 4Matic