Hey there. I’m Kyle. My presence on these digital pages is not new, but this column is. Beginning this week, Mechanical Sympathy will explore the ways we interact with machines, both in upkeep and use, and how those stir the soul. Read my introduction to the column here.

We all have that one tool that makes us feel good when we use it. The plastic handle of my Phillips screwdriver is perfectly softened by a combination of Brakleen and oil, a texture formed by countless grabs as I worked half by feel and half by pure nostalgia. Things just don’t go wrong when this Phillips comes out.

Maybe part of its appeal is less concrete. The screwdriver I still reach for on late-night, must-finish, or otherwise consequential projects is the same design as the one nestled in my father’s toolbox. You know, the very screwdriver with which I first learned how to take out screws. When I needed a Phillips for my own toolbox, you can understand my effort to find the right one. It needed to sit in my hand the way Dad’s did.

Except it’s not replacing anything. The object is not the memory. This Phillips stirs up a lot of things within my mind and heart, but what that humble tool doesn’t remind me of—what it cannot remind me of—is a certain black Ford Model A coupe. Dad and I never worked on that car. It just sat. For years I was just short of bitter about it. Then I realized I had it all wrong.

There are only 24 hours in the day for everyone. There were always enough projects, often coming from four or even five places, to soak up every last second of Dad’s time. He could have used those precious few hours to work on his car, though the vehicle could not be enjoyed by the whole family, or even by the two of us, since even then plopping a child on a bench seat without a seat belt was frowned upon. Instead, he chose to indulge me and my interests. He shepherded me through the proper use of tools and techniques to fix my bicycles, R/C cars, and that pesky go-cart that never ran quite right unless Dad was around to start it.

There was always time to take apart another lawnmower that he had found on the side of the road to see why it wouldn’t run and was left for scrap. I think at one point we had 14 push mowers stacked inside the garage door. Sorry, Mom.

The Model A sat patiently, though it was not languishing, as I once thought. Today, it sits in my garage and it is I who is left to clockwatch through responsibilities until I have an hour—two to three, occasionally—to get out that Phillips and turn a screw or two. Over 1000 miles away, Dad is turning the screwdriver that started it all on his own ’30 DeLuxe coupe. We talk about cars now every time I call home. After all those years of him giving up his time and enabling me to chase whatever shiny mechanical thing caught my eye, he deserves Model A time. This car and a menial, plastic-handled Phillips #2 are as close as I will ever get to going back and doing it all again. The hard part is being honest that I would have had it any other way.

It’s not the Model A or the screwdriver that ensure I never forget those evenings and Saturdays tinkering in the driveway, but the love and care that I didn’t recognize at the time. His was very much the unconventional approach to make a gearhead son. A strange method, born from necessity. Whether the Model A was in the garage or not really made no difference. It was the support and encouragement he gave me to be curious and understand the mechanical parts. Appreciation for history and beauty was to come later. Because Dad accepted that Phillips screwdriver was going to be used improperly 20 times before I finally understood what I was doing, he allowed me to learn so much more than turning a screw. He taught me trial and error, maintaining tools, fixing mistakes, and when to ask for help—all without touching our beloved Ford. 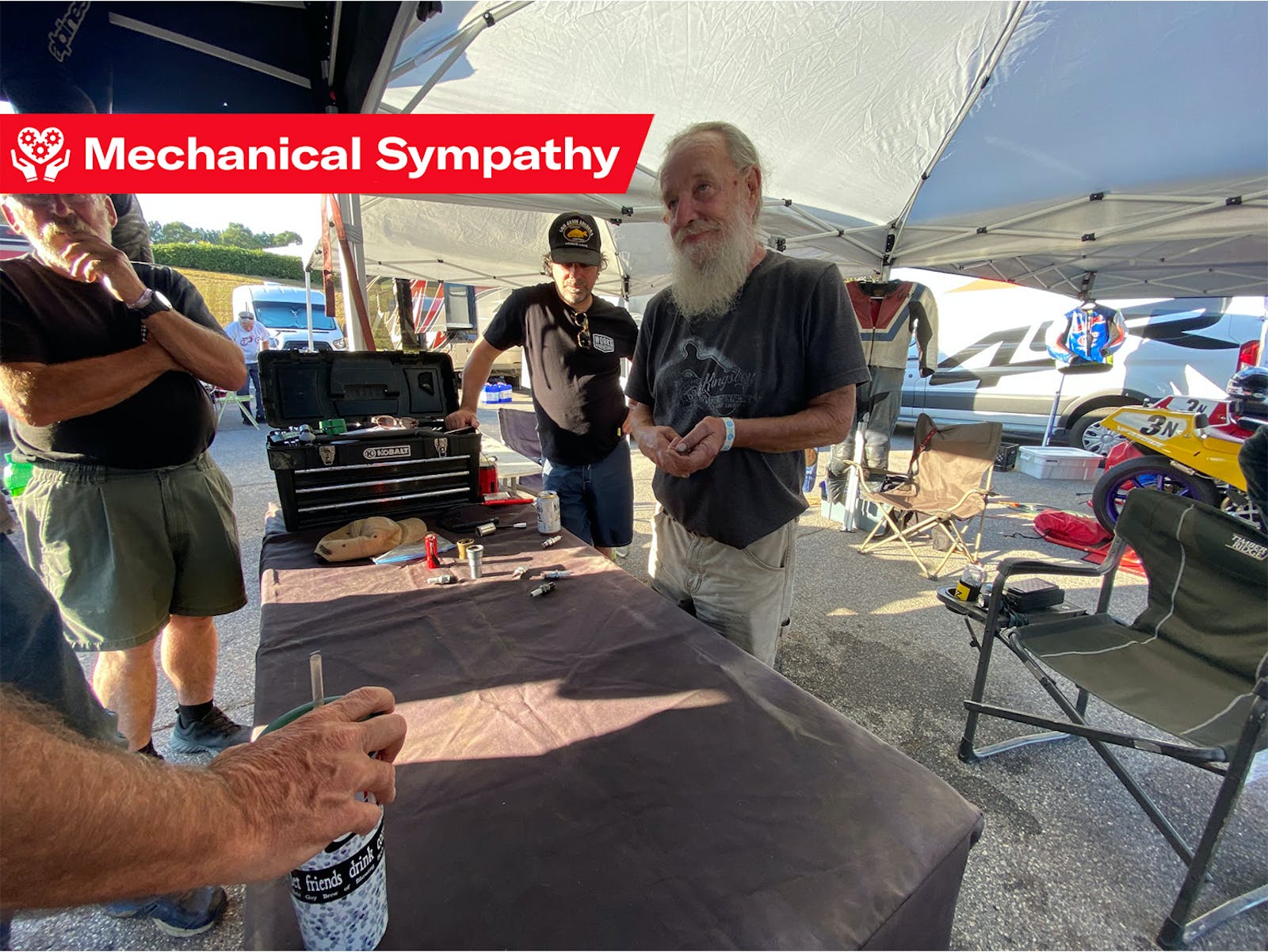 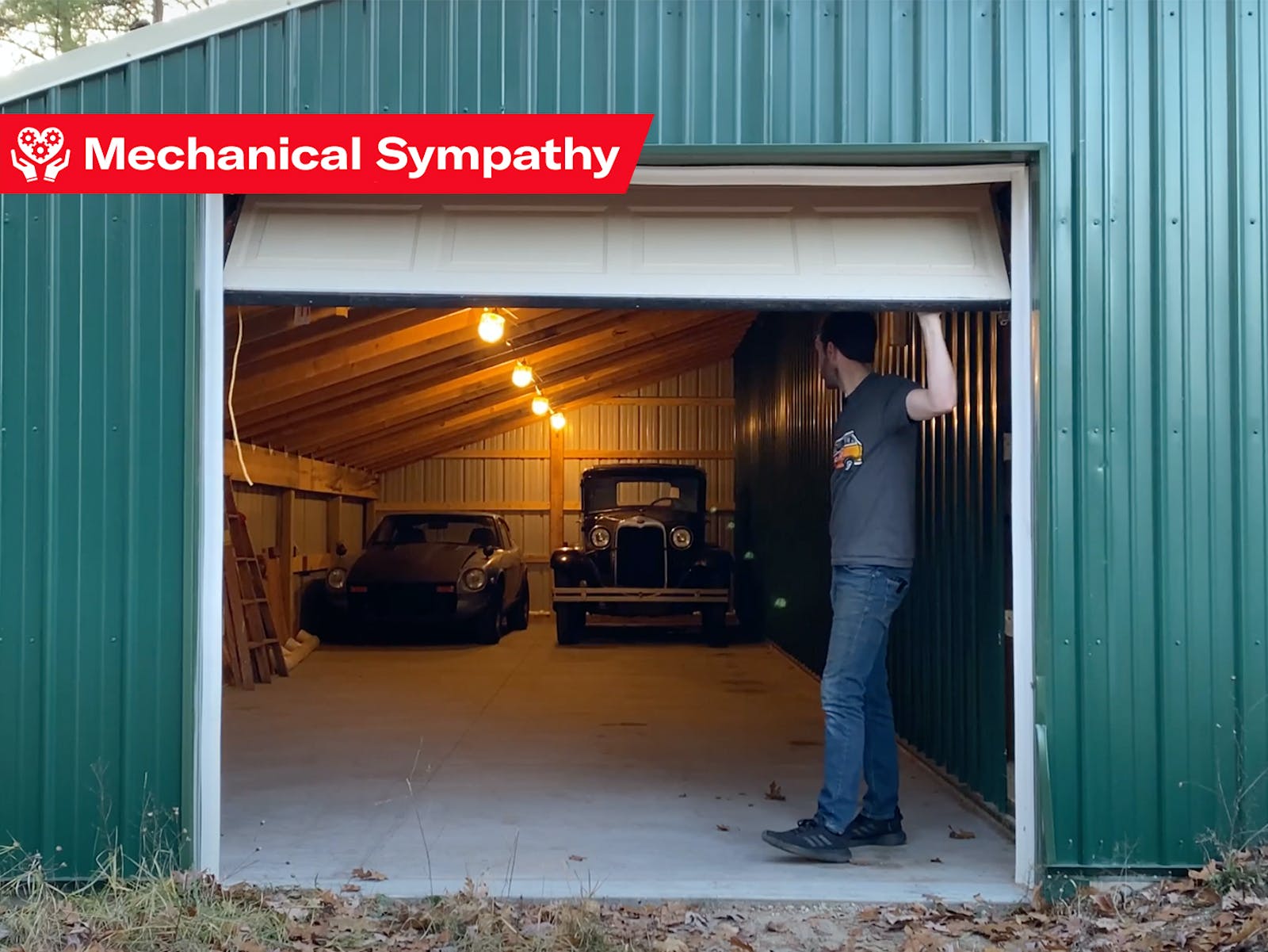 Mechanical Sympathy In the winter, time finds you
Kyle Smith

Get an insurance quote
A Story About
Share Leave comment
Read next Up next: Toyota’s FJ Cruiser just keeps coming back

And if Henry Ford had gotten his way and bullied the Robertson Drive inventors (as he tried to) Phillips may never have been popular at all.

A few Canadian Model T (iirc) were made with Robertson head fasteners, when the courtship of a deal was happening. It went sour and Ford anointed Phillips king of fasteners.

^a skip the details retelling if you will.

Phillips are cheap and go in well. Robertson (and Torx, etc.) are much better if you ever plan on taking the thing apart and reusing the screw.

More to the point of the article, I enjoy having tools like my dad, uncles etc. (or their actual tools in some cases) even if a superior version is out there. My kids are almost to the age where I can say “grab poppa’s hammer and let’s do this”. Looking forward to it.

Yes, some Canadian Model As used Robertson-head (square hole) screws. Plenty of Model As and other cars I know of have been *put back together* using Robertson head screws here in Canada, where Robertson is the norm for woodworking applications, and can be found in some others screws as well. I replace every Philips head that I can with a Robertson, on principle and because it will be an easier job next time. If there is no Robertson for the application, I look for a Japanese Industry Standard piece: https://www.motorcycle.com/ask-mo-anything/difference-between-japanese-jis-phillips.html

I meant Model Ts, of course— but I have seen plenty of Robertson head screws on restored Model As as well!

yep, agreed, had Ford not been so obstinate in this situation, the folks in the USA would have known of the benefits of the superior Robertson screw a long time ago. if i am doing an install on anything in my home, shop etc, i always use Robertsons, and throw away the crappy philips that come with any hardware these days.

I would have more of my father’s tools if I’d put them back where I found them after use – as he told me to do about 18 million times. 🙄

Nice to see your article on the Phillips screwdriver. I have had this same set of CRAFTSMAN screwdrivers for over 50 years.
They are indistructable and with the rounded ball handle are so comfortable in the hand they fit like a glove.

The right tools always make the job easier and CRAFTSMAN got it right when they designed this set of screwdrivers.

My twin brother and I were locked out of Dads tool room in the basement, but my older brother +5 years had his own bench and tools. We felt denied. We realized years later that it was to protect his tools from loss and a separate set of our own tools may have been the answer.

The equivalent for me was Papa’s 16 oz Bluegrass claw hammer. Bluegrass (a trademark of the Belknap Tool Co,) is no more, but I have well-used 16 and 20 oz copies of my father’s tool hanging over my workbench.

Craftsman: Made in USA to last a lifetime (and not just yours).

I get it. My dad wasn’t really mechanically inclined – though for a time during my early teens he made a desk & cabinet set for me that I still have 50-some years later – but I have many of my maternal grandfather’s hand tools. Most are probably nearing 100 years old, but they’re always a pleasant reminder of him.

Great article and I have the same exact No.2 Phillips screwdriver that was once my Dad’s. And, it’s my go-to No.2!

I still have and use a Phillips that came with a set of Craftsman tools that I bought with $40 of wedding gift money, 47 years ago. It’s a reliable workhorse, but it’s playing back-up to a JIS specification Vessel Megadora Impacta I got about 10 years ago, which is just better. I’ve never stripped a head with the Vessel,

Does anyone remember a Reed Prince? I have a Reed Prince #2 Craftsman from the seventies otherwise just like the Phillips shown. It’s like a Phillips only less tapered at the tip.

I have a number of dads tools in my toolbox and I think of him every time I pick one up. I think of helping him working on the old ’47 Plymouth, the ’56 Plymouth, the ’62 Chev pickup and of course the lawnmowers and sundry other things. Good memories and thankful I learned so much from him.

Apparently, nobody has ever owned a Snap On three sided screwdriver set They don’t make them anymore, but I wish they did.

There is nothing easier to strip than a Phillis head screw. Add to that a well used Phillips Screw driver and your are sure to need an easy-out extractor! I’m all for Robertson.

I cringe every time I see a Phillips screw used in a application, but I am sure that the screw manufacturers love to see them because they know that they will be guaranteed future sales to replace the striped screws that soft alloy manufacturing always results in. Helps sell more screwdrivers too. Thank goodness for Robertson’s and Canada’s 110-year old Gray Tool Company.

Stripped screws, the bane of everyones existence. My favorite are soft metal screws that require very little torque before a Phillips drills through it.