Do it for Dale and buy this Camaro, ship sinks with 1100 Porsches aboard, rescue the first 3D-printed EV

Intake: 1987 was a good year for Dale Earnhardt. In addition to clinching his third Cup Series championship, the Intimidator opened his first Chevrolet dealership in Newton, North Carolina. The dealership, recognized by the swoopy signature above its door and the occasional race car on its front lawn, was a symbol of Earnhardt’s commitment to the Bowtie brigade. Earnhardt was a savvy businessman, too, and recognized the premium that his touch of black could bring to any product. That’s why there are numerous Dale Earnhardt (and Dale Jr.) edition road-goers, from a beastly fourth-gen Camaro to a rather malaise 2002 Monte Carlo. Ten years after Earnhardt’s death, his dealership employed this tactic once more by producing 10 examples of an all-black fifth-gen Camaro. Now you can bid for this one on Bring a Trailer this week. The Intimidator Camaro comes equipped with GM’s 6.2-liter LS3, an Edelbrock supercharger, and a Tremec six-speed. Matching the bellicose drivetrain are equally aggressive NASCAR-style front and rear splitters. Inside, the touches are more heavy-handed—checkered door cards and a #3-emblazoned ball shifter. Oh, did we mention that this example only has 991 miles on odometer?

Exhaust: While Earnhardt never drove a Camaro in NASCAR Cup Series (it wasn’t adopted by NASCAR until 2018), his general affinity for the Chevrolet marque and the fact that this fifth-gen was produced by his first dealership make this a fitting tribute to “Big E.” “Dale Earnhardt and Chevrolet are synonymous,” says Hagerty Insider editor Greg Ingold. “The fact that Intimidator edition cars still draw strong interest goes to show the strong following the legendary driver still has to this day.” Look for this auction to fetch decent dough. A 126-mile example sold at Mecum Phoenix in 2019 for $88,000. Considering a 2022 Camaro ZL1 starts around $63,000, and the uncertainty surrounding the car’s future in Chevrolet’s lineup, this may be a worthy buy.

Fire-ravaged Felicity Ace sinks with thousands of Porsches, Lambos aboard

Intake: The Felicity Ace, the Panama-flagged car carrier that went up in flames two weeks ago, has sunk, according to a new report from salvage crew that was on site to assess the damage. The carrier was hauling 3965 Porsches, Lamborghinis, and Bentleys, according to a Bloomberg report, from the port of Emden in Germany to Dansville, Rhode Island, but was abandoned by its 22 crew members and left to burn on February 17. Among the lost vehicles are likely a run of the send-off series for the Lamborghini Aventador, the LP-780-4 Ultimae series and several EVs, whose lithium-ion batteries kept the blaze raging for longer than expected. A statement from MOL Ship Management, the shipping firm from Singapore that was managing the Felicity Ace said that salvage crews will remain in the area—some 220 nautical miles off the Azores coast—to monitor the situation.

Exhaust: If some the Lamborghinis on board were indeed part of that send-off Aventador series, the Italian supercar maker will have to return to suppliers, hat in hand, and ask them to re-tool to make another run of high-cost, low-volume parts. Porsche and Bentley, both of whom offer programs that allow customers to design one-off cars, likely face a similar problem. A prior report noted no oil leakage from the vessel but were not holding our breath that this doesn’t in some way damage the sea life in the area. Between fuel, oil, and whatever chemicals are left over from (some of the cars’) lithium-ion batteries, this could get worse.

Intake: It may be the least Lotus-like Lotus ever made, but the new Type 132 electric SUV is likely to be one of the most significant. Designed in Britain but built in China, the car will turn what was once Colin Chapman’s company into a true global player. Yes, it will be heavy, and no, it won’t be low-slung, but the Type 132 still promises plenty of performance and is said to pack a battery of up to 120 kW for speed and extensive range. Lotus is planning to follow up with a Type 133 four-door coupe and a smaller Type 134 SUV, so the Type 132 needs to be a hit. Judge for yourself on March 29.

Exhaust: To some this will be sacrilege, but it’s a necessary evil for Lotus to survive under its Chinese owners Geely. As the last Lotus to be powered by combustion, the Emira is looking even more appealing.

Intake: Need a breath of fresh air in the last agonizing weeks before spring? This 1106-piece Lego kit should keep you busy for a bit, with a cheerful end product to boot. The pastel blue bricks of the 8.5-inch-high scooter mimic a paint option offered by Vespa on the original 125 scooter back in the 1960s. Decades and millions of units after its debut in 1946, the Vespa has become famous not only for its practicality but for its chic style, and Lego celebrates both with some lovely details: There’s a spare wheel and a kickstand, plus realistic front suspension and a removable engine cover; and a helmet, a luggage rack, and a vase of flowers.

Exhaust: It’s no F-150 Raptor or two-in-one 911 Turbo/Targa set, but this scooter kit scores big on charm. The real-life version has a dedicated collector following, too. If you want to learn more about the Vespa’s Italian designer, who would prefer you remember him for propellors, read on. 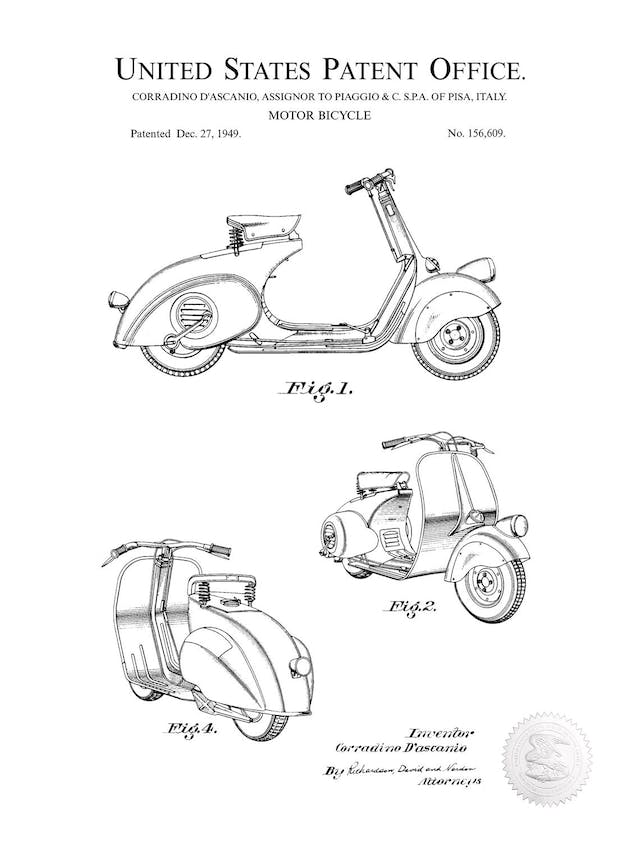 Europe’s Car of the Year is the Kia EV6

Intake: The Kia EV6 has beaten an almost exclusively electric lineup in the race to become the 2022 European Car of the Year. The panel of 59 judges from 22 countries gave the Kia 279 points, while its closest rival was the Renault Mégane E-Tech, which scored 265. The Kia’s sibling, the Hyundai Ioniq 5, which shares the same E-GMP electric platform, came in third with 261 points.

Exhaust: The EV6 is racking up awards and praise, with our own Brandan Gillogly stating “this looks to be a compelling way to make the jump into an EV.” Peugeot’s 308 was the only ICE car to make the top seven shortlist, showing just how obsessed with EVs the Old Continent has become.

Which failed Local Motors moonshot would you rescue?

Intake: Local Motors, the recently bankrupt automaker-turned-mobility-company, is now in the asset liquidation stage of its life (death?). While most likely known for its open-sourced off-roader, the Rally Fighter, the end of the road for Local Motors’ had the company pivoting to urban mobility with an autonomous, EV-powered bus called Olli. Though we may never know why Local Motors ceased operations, we previously mentioned their CEO’s lament regarding the “technology gap” between what the market expected and Local Motors’ internal capabilities. No matter, an auction house called Silicone Valley Disposition is now turning its assets into cash, with a roster including manufacturing equipment, automotive parts, office supplies, completed vehicles, and even LIDAR sensors (presumably for the autonomous Olli).

Exhaust: Let this moment sink in, as we are witnessing the history of an automobile manufacturer, right before it dissolves into mere elements of someone else’s collection. The two Rally Fighters are the more commonplace examples, with LS V-8 powertrains. Two of the Strati are examples of the first-ever 3D-printed electric vehicles, while a third wears a unique body with two rows of seating and a more finished interior. Numerous examples of the Olli bus are available in various states of assembly. Some of these will wind up in museums or private collections, others are doomed to be stripped for parts by another startup. It’s a sad moment, but perhaps something good will come from the ashes of Local Motors?

Get an insurance quote
A Story About
Leave comment
Read next Up next: A Chicago native returns home for the show — and brings his Mom