Rivian doubles down on U.S.-based facilities with $5 billion plan

Intake: Big things are happening at EV startup Rivian. An Automotive News report reveals that Rivian is planning to invest an initial sum of $5 billion into a new U.S. assembly plant, according to a document shared with state economic officials. Dubbed “Project Tera,” the plant supposedly requires an estimated 10,000 acres of land, according to a revised document seen by Reuters. A separate report from AN confirms that multiple states have placed bids for the assembly plant. This comes on the heels of a report from the Rivian owners forum highlighting that the automaker just filed six more trademarks for additional electric trucks and SUVs, some of which would likely be assembled at this new plant.

Exhaust: Through seemingly every step of the way, Rivian has taken a measured approach to launching its EV brand. The approach has paid dividends, attracting massive investments from established players like Ford and from industry mega-whales like Amazon. We’re not surprised to see that Rivian is already in search of a second assembly plant to bolster its ex-Mitsubishi assembly plant in Normal, Illinois. We can’t wait to see what these new Rivian vehicles look like.

Intake: The original, kitted-out 300 SEL may be long gone, but Mercedes-AMG hasn’t forgotten the V-8-powered behemoth that put Affalterbach on the motorsports map 50 years ago. To celebrate, AMG has built three race-ready one-offs, each based on a different generation of Mercedes GT3 racer. To build the “50 Years Legend of Spa” version of the SLS AMG GT3, the earliest of the special-edition trio, Mercedes used the last remaining GT3 bodyshell. (It costs a cool $773,000 before any taxes.) All three, despite their purpose-built nature, come with 650 German horses and zero FIA-mandated air restrictors. Translation: They aren’t FIA-legal as-is, but by die Röte Sau, will they sound righteous! The two newer, tricked-out GT3s will cost you approximately $594K apiece.

Exhaust: These nostalgic, motorsports-focused one-offs have collectible written all over their red-liveried bodies. If you’re around for the 24 Hours of Spa this weekend, go have a peek at the trio (plus a replica of the ’71 class-winning Red Pig) on display—they aren’t likely to come out to play often.

Land Rover launches the Defender Trophy–a car and a competition

Intake: Calling all adventurers: Grab your gear and head to your nearest Land Rover showroom! Buyers of the new limited-edition Land Rover Defender Trophy will get the chance to compete in an international off-road tournament at the British company’s development center at Eastnor Castle. First, they’ll have to beat the local competition: up to 90 fellow fans during a day-long adventure trial at the Biltmore Estate in North Carolina in October. Based on a Defender 110 P400 X-Dynamic SE, the Trophy edition wears a distinctive yellow wrap and livery that can trace its lineage back to the Camel Trophy. Added to that are a tow-hitch receiver, ClearSight digital rearview “mirror,” and air suspension, plus Land Rover’s cold climate, off-road, and advanced off-road capability packages. There’s an expedition roof rack, front undershield, a ladder, mud flaps, integrated air compressor, and loadspace mats to protect the interior, too. A winch is an optional extra. The Defender Trophy will be on sale in August priced at $90,000 and just 220 will be available.

Exhaust: At least now a handful of Defenders will be put to the use for which they were designed, so full credit to Land Rover for devising the challenge.

Less than halfway to redline, Gordon Murray’s T.50 still has a glorious howl

Intake: Gordon Murray Automotive has released the latest in a tantalizing string of video development footage for the T.50 hypercar. Per usual, there are gently swelling orchestral music, plenty of keen analytical stares from Prof. Murray, and generous drone footage of the two fan-toting test mules—XP2 and XP3. Around the Top Gear test track at the Dunsfold Aerodrome, the twins look relatively docile, and they should; the team is conducting a series of limited-rev tests with a 5000-rpm ceiling.

Exhaust: That naturally aspirated V-12 bolted into the belly of this British beast redlines at 12,100 rpm and makes its max power at 11,500. The footage above doesn’t include XP2 or XP3 getting anywhere near those figures, but the engine is nonetheless sonorous in the low-mid range. We expect epic sounds at the T.50 tach’s zenith.

Intake: Frank Stephenson–the designer behind the modern Mini, the Ferrari F430, Maserati MC12, Fiat 500, and a mass of McLarens—is encouraging the next generation to get into car design with a new coloring book. The book features 19 of his best-known designs including the McLaren P1 and the Ford Escort Cosworth. Stephenson is encouraging young colorists to share their work on Instagram and he’ll then feature his favorites on his popular YouTube channel. The book is available from Amazon at $9.99.

Exhaust: Mr. Stephenson, we salute you. Anything that encourages the younger generation’s passion for all things automotive gets our full support. Now, where did we put those Crayolas? 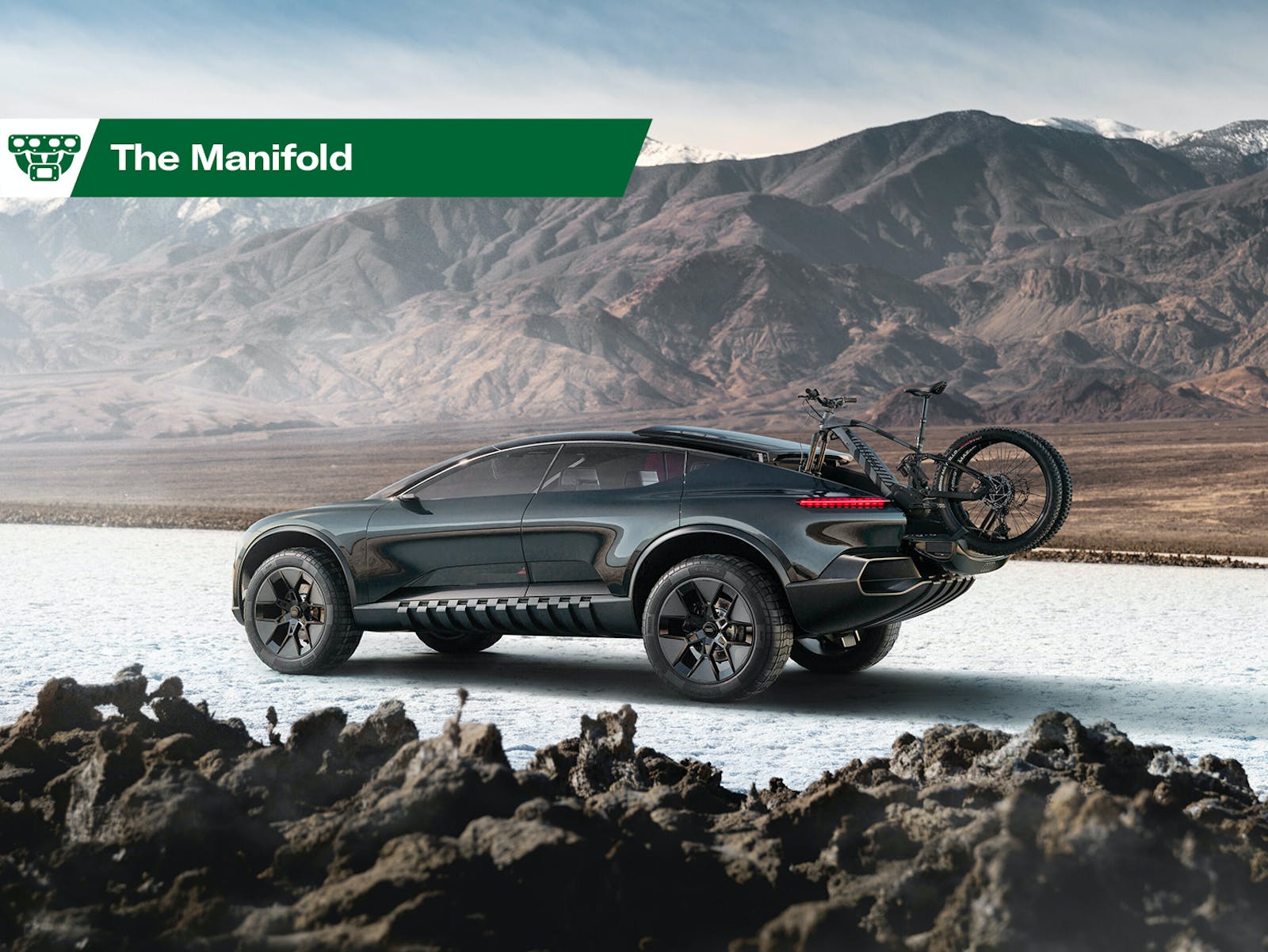 Get an insurance quote
A Story About
Leave comment
Read next Up next: Avoidable Contact #111: He’s a lousy racer, but you don’t know that, do you?