Intake: Later this year, Acura’s flagship MDX will become the first SUV to wear the marque’s performance-oriented Type S badge. Unveiled as part of Acura’s efforts at the 2021 Pikes Peak International Hill Climb, the stylish family hauler will tow one of the company’s two race-prepped TLX Type S sedans from Acura’s shop in Raymond, Ohio, to Pikes Peak, Colorado. The MDX Type S boasts the same 355-horsepower turbocharged V-6, torque-vectoring all-wheel drive system, and 10-speed automatic as the sedan it will be moving. Acura says the MDX Type S will go on sale later this year, but no further details about pricing are yet available.

Exhaust: The MDX Type S is a particularly stylish offering in a competitive market for three-row SUVs; injecting it with Type S blood might cause some brand loyalists to cry foul, but the business case is a no-brainer. Few marques offer an all-wheel drive system as finely-tuned as Acura’s, so we’re optimistic that combined with the powerful V-6 the MDX Type S will really boogie when necessary. 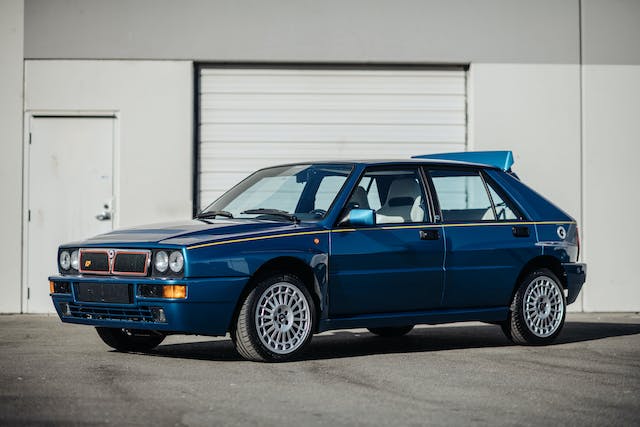 Intake: Stellantis has appointed the designer of the Renault Twingo to lead a Lancia resurgence. Jean-Pierre Ploué will head up Lancia design from its Torino Centro Stile studio, while also overseeing the whole Stellantis portfolio. Far from its days of rallying glory, Lancia has all-but-collapsed and only makes the Ypsilon city car for the Italian market, but under Ploué the range is expected to expand and become electrified. “Lancia’s renaissance is a truly exciting challenge,” says Ploué. “Lancia is an iconic brand, which will be restored to its central historical position in Europe, leveraging on its huge potential.”

Exhaust: Stellantis boss Carlos Tavares recently gave all 14 brands under his watch a decade to prove themselves, and Lancia was most in jeopardy. Appointing Ploué is a very good sign. How about a new Stratos, Jean-Pierre?

Intake: Hopium, a new French firm founded by the youngest winner of the Le Mans 24 hour race Olivier Lombard, has opened the order books for its Alpha 0 hydrogen luxury car. With a fuel cell for power the car is said produce over 500 hp to give a top speed of 143 mph and a range of 620 miles. Refueling takes just three minutes—a major advantage over battery charging. The design looks sharp, if a little derivative; we see parts Tesla, parts Polestar, but it comes together pretty well nonetheless. Whether enough buyers will put down a €410 ($487) deposit to move the project on, we’ll have to wait and see.

Exhaust: Hydrogen-fueled startups seem to be like crypto currencies, with new versions popping up daily to attract investors to the next big thing. Will Hopium achieve its hopes and dreams or end up as, uh, vaporware? (No apologies for that pun.)

Intake: According to reports in recent regulatory filings, five Lordstown Motors executives (including the company president, Rich Schmidt, and former CFO Julio Rodriguez) collectively unloaded more than $8 million dollars of stock in the EV maker in early February, roughly a month prior to the dismal March 17th quarterly earnings report. The filing notes that one such executive, Vice President of Propulsion John Vo, cashed in a whopping 99.3% of his overall stake in the company. Lordstown released a statement defending the executive’s actions, claiming, “transactions were made for reasons unrelated to the performance of the company or viability of the Endurance, and each such director and executive retained substantial Lordstown Motors equity holdings in the form of shares and options following the sales and transfers described in the company’s public filings.” Last Monday, the company announced the abrupt resignations of its CEO and CFO. In the days that followed, it also had to backpedal public claims made by Schmidt that binding orders would sustain them through 2022, when in fact, the agreements “do not represent binding purchase orders or other firm purchase commitments.”

Exhaust: The pit is clearly growing, but how large is Lordstown’s shovel? If the EV maker ever intends to find some footing and survive, it’s going to have a lot of explaining to do, to both people in suits, and the people on the street.

The Grand Wagoneer is more efficient than Wrangler, but just barely

Intake: The EPA’s fuel economy numbers on the 6.4-liter Jeep Grand Wagoneer are out and the full-size SUV returns 15mpg average with both two-wheel-drive and four-wheel-drive drivetrains. The 4×4 delivers 13mpg city and 18mpg highway to get its 15mpg average, and the RWD variant manages to eke out 19mpg on the highway, not enough to up its average beyond 15mpg.

Exhaust: The 6.4-liter Hemi is a beast of an engine and sounds every bit as good as it performs, but it’s never been known to sip fuel. The 6.4-liter Wrangler Rubicon only managed a 14mpg average, so these mediocre numbers are no real surprise. Unless we get a Hellcat variant, we expect that every other Grand Wagoneer powertrain will return better fuel economy from here on out.