Intake: GM Design reached 35 years back on Instagram to share a photo of long-time chief designer Tom Peters holding a mock-up of a V-8-powered weed-whacker. Peters was responsible for many of Chevrolet’s most important vehicles including the GMT K2XX Silverado and the C6 and C7 Corvettes, and he even contributed to the C8 before his retirement. Posing for the photo in a dapper suit, Peters is standing in front of a huge print of the Corvette Indy concept—which he designed—and isn’t inconvenienced by the weight of the mock-up weed-whacker. If a real Corvette TPI engine were used, that would be a truly bulky implement; it wasn’t until the ZR1 that the C4 got an aluminum block, and even that mill was no lightweight thanks to those massive heads.

Exhaust: Yeah, about that exhaust. If this were a functional piece of lawn equipment, the megaphone headers on this weed-whacker would simultaneously make you the fastest trimmer in the country and the scourge of any neighborhood. Still, we appreciate the thought of dropping a small-block into any place it can fit, and even somewhere it clearly doesn’t. The small-block Chevy isn’t the world’s most ubiquitous V-8 for nothing.

Intake: The inaugural race of the 2021 WEC calendar was held not a Sebring, per tradition, but on the 2.9-mile, 16-turn course at Portimão, on the south coast of Portugal, an even that hosted the first running of the new top class in the WEC, the LMP1-replacing Hypercar group. Toyota’s #8 and #7 hybrid GR010 racers took first and second, in that order, after a last-lap shuffle. Alpine (a.k.a. Renault) took third with its LMP1 entry, grandfathered in under the LMH regulations for the ’21 season. American newcomers Glickenhaus put a brave face on their 30th place finish (out of 32), posting a congrats to Toyota Gazoo Racing on Twitter and adding: “As for us, we crashed once, touched once, and accidentally burned through and changed one clutch, and still finished our first @FIAWEC.”

Exhaust: Toyota is one of the best in the endurance racing business: the well-funded team and its arsenal of veteran drivers has won the past three 24 Hours of Le Mans. Its Portimão victory is no surprise—but we’re still cheering for the Glickenhaus underdog.

Intake: When the ’22 Lexus NX crossover hits dealer lots at the end of this year, the RX SUV’s little brother will bring a much-needed upgrade: Toyota’s completely rehauled infotainment system. Gone is the infamously clunky touchpad. The new system, equipped with five times the processing power of its predecessor, will rely instead upon taps and voice commands.

Exhaust: Toyota finally addresses the Achilles’ heel of its Lexus lineup. A mouse-pad-like controller made sense in 2010, when the original iPhone was only three years old; in tech-obsessed 2021, it’s a frustrating anachronism.

Intake: German tuner Startech (a Brabus spin-off) has confirmed what most us already know: Few Land Rover Defender owners are likely to utilize the car’s prodigious prowess off-road. With that in mind the company has built an “on-roader” that it describes as an “inimitable urban lifestyle jewel.” There’s a wraparound bodykit, a giant Union Jack emblazoned on the rear and a set of redonkulous 23-inch Monostar E black wheels wearing Yokohama tires. Startech has reprogrammed the air suspension to allow the Defender to ride 35 mm (1.38 inches) lower than standard, although it will still rise to full height to tackle speed humps and potholed city streets. There’s also a wide range of interior packages featuring leather and Alcantara aplenty.

Exhaust: A Land Rover that can no longer rove the land? We can’t say that we’re convinced this is a good idea, but what do you think?

Intake: Turbulence worsens inside the walls of Lordstown Motors; executives Steve Burns (CEO) and Julio Rodriguez (CFO) have left the company, according to a company announcement made public today, Monday, June 14th. The shake-up comes on the heels of last week’s news of Lordstown’s blighted financial outlook, disclosed through a routine SEC filing. The exits of Burns and Rodriguez are also believed to be linked to overinflation in the number of viable pre-orders on Lordstown’s books. Angela Strand (Executive Chairwoman) and Becky Roof (CFO) will now aim to steer the company out of R&D phases and into the commercial production process until permanent executives are enshrined. Lordstown maintains its commitment to the Endurance model, and September’s timeline to start production.

Exhaust: Lordstown Motors is clearly in desperate need of major course-correction. As of today, Lordstown (RIDE) is trading down ~20 percent on the Nasdaq, but short-term loss can become long-term gain if new leadership can salvage its business out of this mess. After the crushing departure of General Motors, the people of Lordstown, Ohio are surely praying the company can flip the script.

At last, Fast and Furious franchise is staging a final chapter

Intake: It’s been two decades since the first installment in the Fast and Furious franchise and only now is there discussion around bringing the nitrous-fueled saga to a tidy close. The report comes directly from Vin Diesel, the man who is cast as Dominic Toretto—the leader of the band of street-racers-turned-international-spies that has driven the series to consistent box-office success. An interview conducted with the Associated Press cites that F9, which is set to be released on June 25 following a year-long delay, is the first of a three-movie wrap-up. According to director Jason Lin, “We’re kind of reconfiguring everything, so that the next two movies should wrap up this amazing journey for these characters.”

Exhaust: This series is responsible for bringing many budding gearheads into the automotive hobby, whether credit goes to the sultry, black 1970 Charger or the glamorous and constantly rotating cast of import customs. It’s also incredibly long-lived, putting us in mind of the similarly cult-generating Supernatural series, whose first episode aired in 2005. Unlike that 15-series saga, however, F&F is only generating more hype as the plots become increasingly incredible. 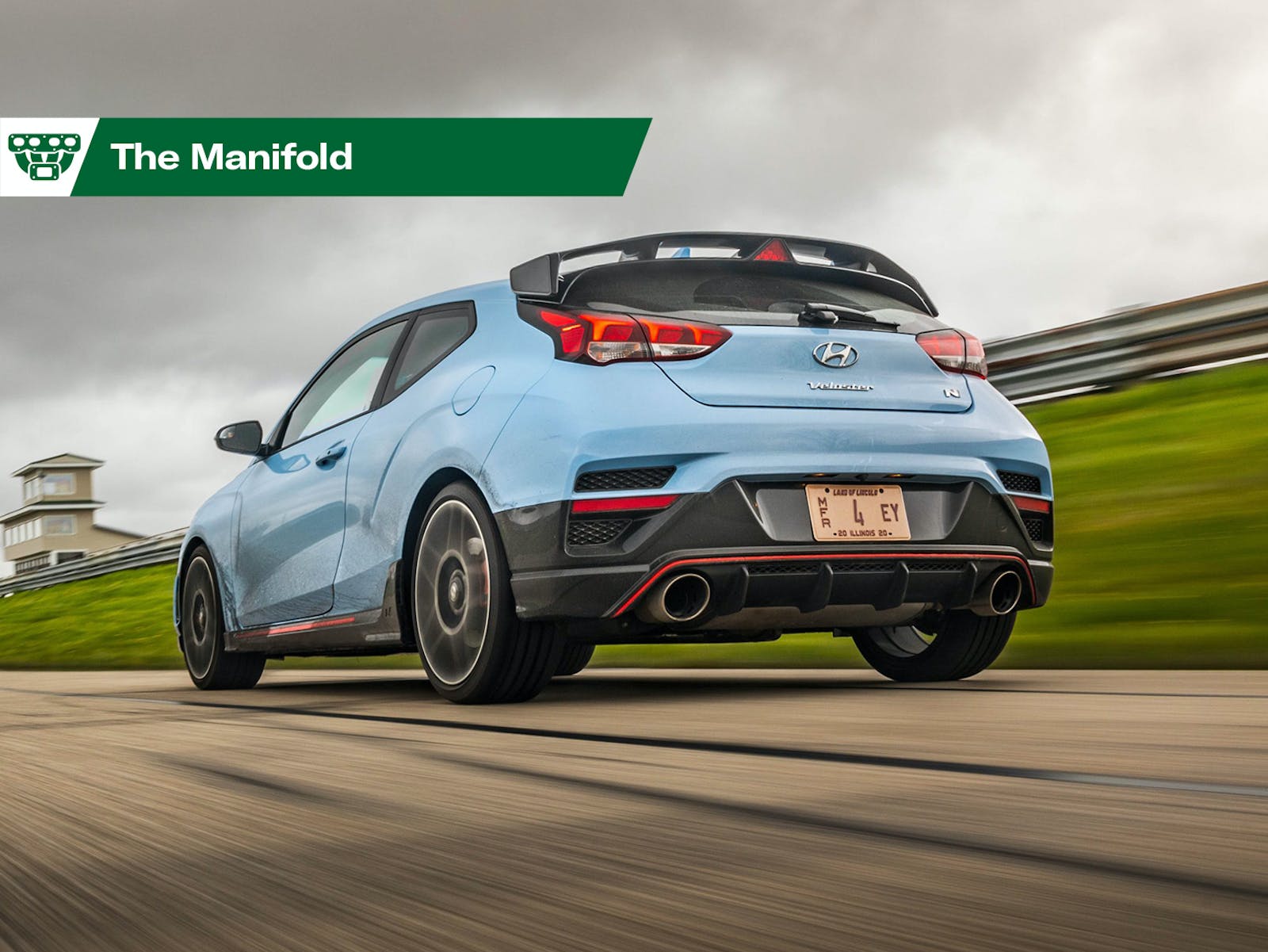 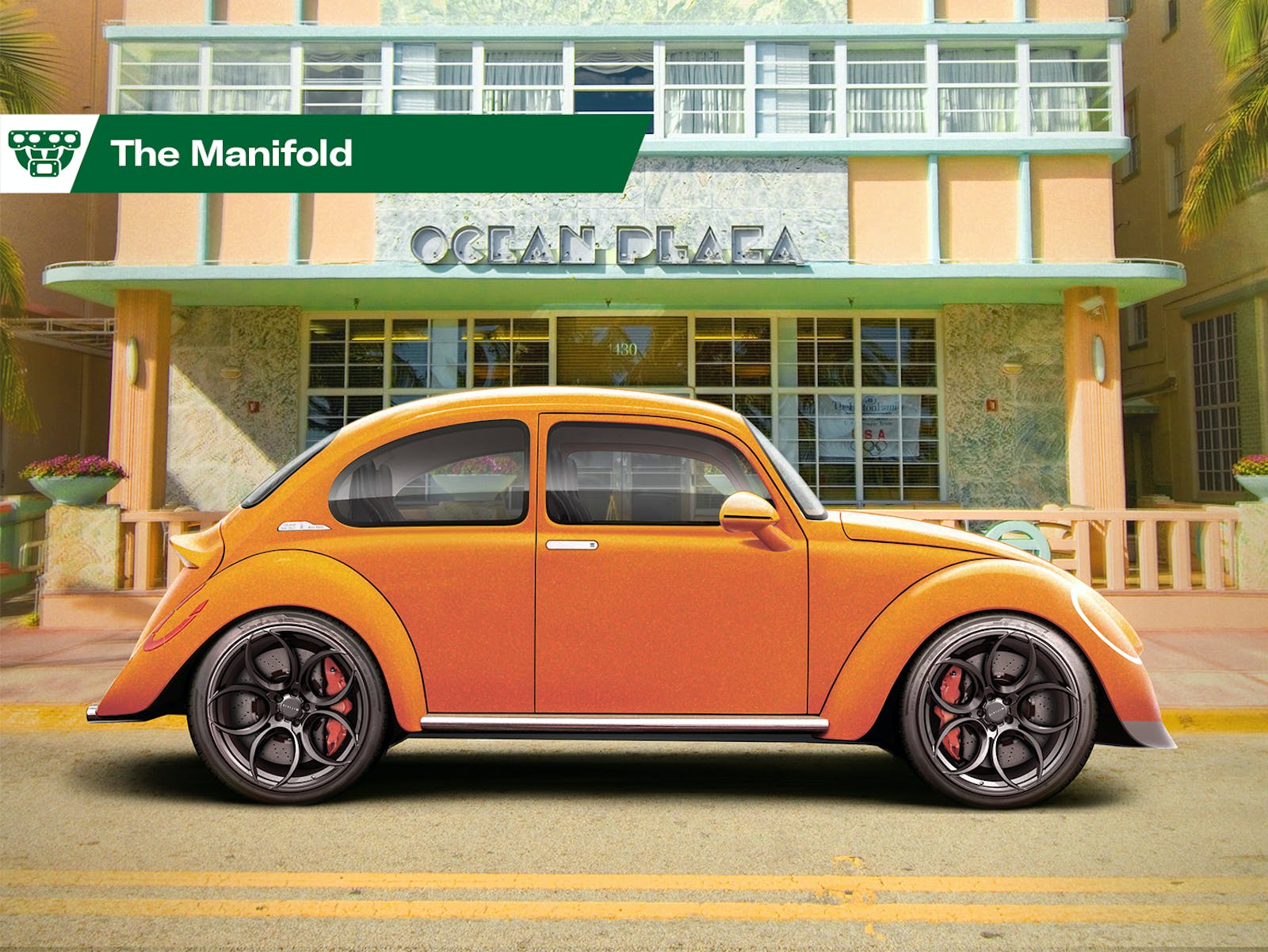