When Lexus launched its RX model in 1997, the high-riding, four-wheel-drive wagon possessed a split personality—part personal-luxury vehicle, part do-it-all sport utility—that baffled the press. The SUV was a familiar concept, but at the time, only Mercedes-Benz had thought to smear the categories of burly and luxe. Most SUVs were then close kin of trucks or off-roaders; Car and Driver compared the Camry-based RX to the contemporary Jeep Grand Cherokee and Ford Explorer.

The moment was a good reminder that journalists don’t make the rules. The RX proved a smash hit, and American drivers have for most of the past decade purchased more than 100,000 examples annually. Now in its fourth generation, the RX rests comfortably atop its throne as the country’s best-selling luxury SUV.

The current RX is known within Lexus as AL20. Four years after the model’s debut, the car has seen only minor changes. It still uses a derivative of Toyota’s relatively old Camry (K) platform, and it is one of just a few models in the Toyota family not yet transitioned to the company’s new TNGA-K modular architecture.

Given that one in every three Lexuses sold in 2020 was an RX, the platform age clearly doesn’t bother customers. A mild facelift for 2020 made the RX’s front and rear fascias somehow more angular than previously, and the 2021 model brought only a few changes to the options sheet, adding more standard tech (blind-spot monitoring and rear cross-traffic alert headline the list).

We tested a fully loaded, two-row 2021 model with a hybrid powertrain and sporting pretensions, known in Lexus-speak as RX450h F Sport. Lexus also offers a three-row RX, designated L, with either hybrid (450h badging) or combustion-only (RX350) power. Wheelbase is unchanged with the addition of L seating, but length grows by 4.3 inches. Opting for the F Sport 450h versus the “regular” 450h adds a $3480 premium for performance-enhancing add-ons (more on those later), and our Celestial Blue tester added another $7155 in options on top of that, including $685 of trim bits specific to the Black Line Special Edition. The final bill? $59,380.

You won’t be disappointed after settling into the cabin of this $60,000 vehicle. First off, no clambering necessary, even for your five-foot-seven author: The sills and seat sit conveniently low, even for the petite. If the exterior is painfully edgy, the interior comes across as elegant and unfussy. Even the synthetic materials, like Toyota’s NuLuxe leather and the RX’s faux suede headliner, are convincing. The digital elements tucked behind the wheel and the screen atop the dash wake with crystal-clear graphics. The ergonomic details are thoughtful: two prominently placed cupholders in the console, pop-out storage pockets on the front doors, and a brilliant little console pocket in which to wedge your iPhone. The volume knob, shifter, and climate controls remain analog.

Opt for the hybrid powertrain and you get part-time all-wheel-drive, courtesy of a 67-hp electric motor at the rear wheels that activates when necessary. A 3.5-liter V-6 drives the front wheels at all times, complemented by another, 165-hp motor and a continuously variable gearbox. A 1.9-kWh nickel-metal-hydride battery pack stores the e-juice, and total system output is 308 hp.

Let’s get one thing clear: Though the F Sport label denotes legitimate chassis and suspension upgrades, this is no sports car. It scoots respectably when summoned to highway speeds, and it whirrs docilely around neighborhoods and city centers in electric-only mode, but the RX is a luxury SUV to the core. In that respect, the suspension, squishier than a pair of Hokas, reveals its true calling.

This luxury SUV cossets you over the harshest Michigan pavement without ever threatening to upset your extra-hot flat white. The tradeoff comes in body roll, which is significant and imparts a boat-like character to the ride just as it did in the 2008 model year: If your braking or steering inputs tend to be jerky, your passengers may find the RX’s wallowy behavior obnoxious. Strangely enough, Lexus specifically addressed body roll in the 2020 model year, adding thicker roll bars (front and rear), retuning the shock absorbers, and fitting the dampers with a trick “friction control device.” That said, our tester did not come equipped with the $1050 handling package, which adds adaptive variable suspension on top of the F Sport-specific performance dampers.

The most expensive option on our RX combined the most delightful features on the Lexus configurator with the most frustrating. For $3365, Lexus will outfit your RX with an upgraded stereo and infotainment system. The 15-speaker, 835-watt Mark Levinson setup offered by this package was excellent, handling Norah Jones and Billie Eilish with equal balance and clarity. For a $60,000 vehicle, it’s an entirely satisfying option. Less fulfilling is the 12.3-inch dash-mounted infotainment, an upgrade from the standard 8-inch affair. The screen offers stunning resolution but infuriating ergonomics. (Imagine delivering a smooth first line to a stunningly attractive person at a very noisy party, and retreating in humiliation when they confess, wincing, that they just … can’t … hear … you, sorry!)

The console-mounted touchpad, a Lexus hallmark, is the chief culprit here: Half the time, the system’s surface expects to be interacted with as you would an iPad. The other half, it wants to be treated like a computer mouse. The 12.3-inch display, which hesitates to register finger taps and is placed rather high, can’t quite compensate for the touchpad’s shortcomings.

A simple aluminum wheel with appropriately clicky and/or weighted action would make a world of difference here. And yes, even the standard 8-inch display forces you to wrestle with the touchpad.

While we admire the RX for its well-deserved domination of its segment, the F Sport trim failed to charm us. The 450h model is otherwise a compelling and cohesive package. The hybrid powertrain, despite the minimal power increase it brings, is worth the $1300 premium (RX350 vs. RX450h, neither in F Sport spec) simply for the bump in city fuel economy (31 mpg vs. 20). The F Sport trim, however, ultimately raises expectations that it cannot fulfill, all in pursuit of a sporty character that the RX has never embodied, and arguably was never meant to. Plus, the $3480 upgrade requires you to sacrifice Lexus’s delicious range of open-grain woods and colored leathers (both faux hide and real) as options—and you can’t have an F Sport in Nori Green Pearl. Which is, to your author’s eyes, far and away the best choice.

What we have here is the champion of downtown perusing and highway cruising. Just don’t ask it be a sports car—save the cash for better options in the catalog, and for the building of a Lexus more true to its nature.

Summary: A perennial best-seller, and king of the midsize-luxury-SUV hill, for good reason. Just avoid the sporting bits. 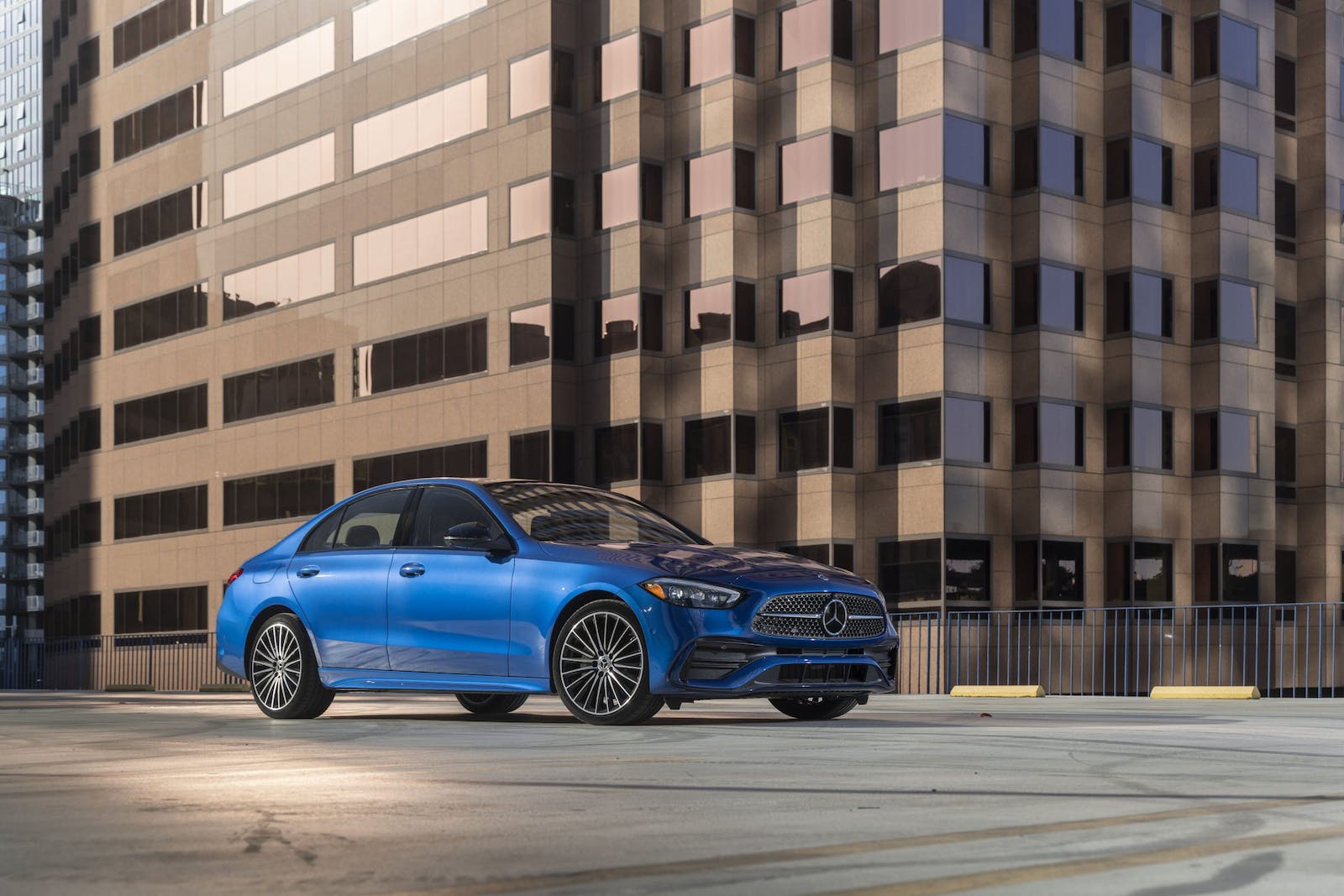 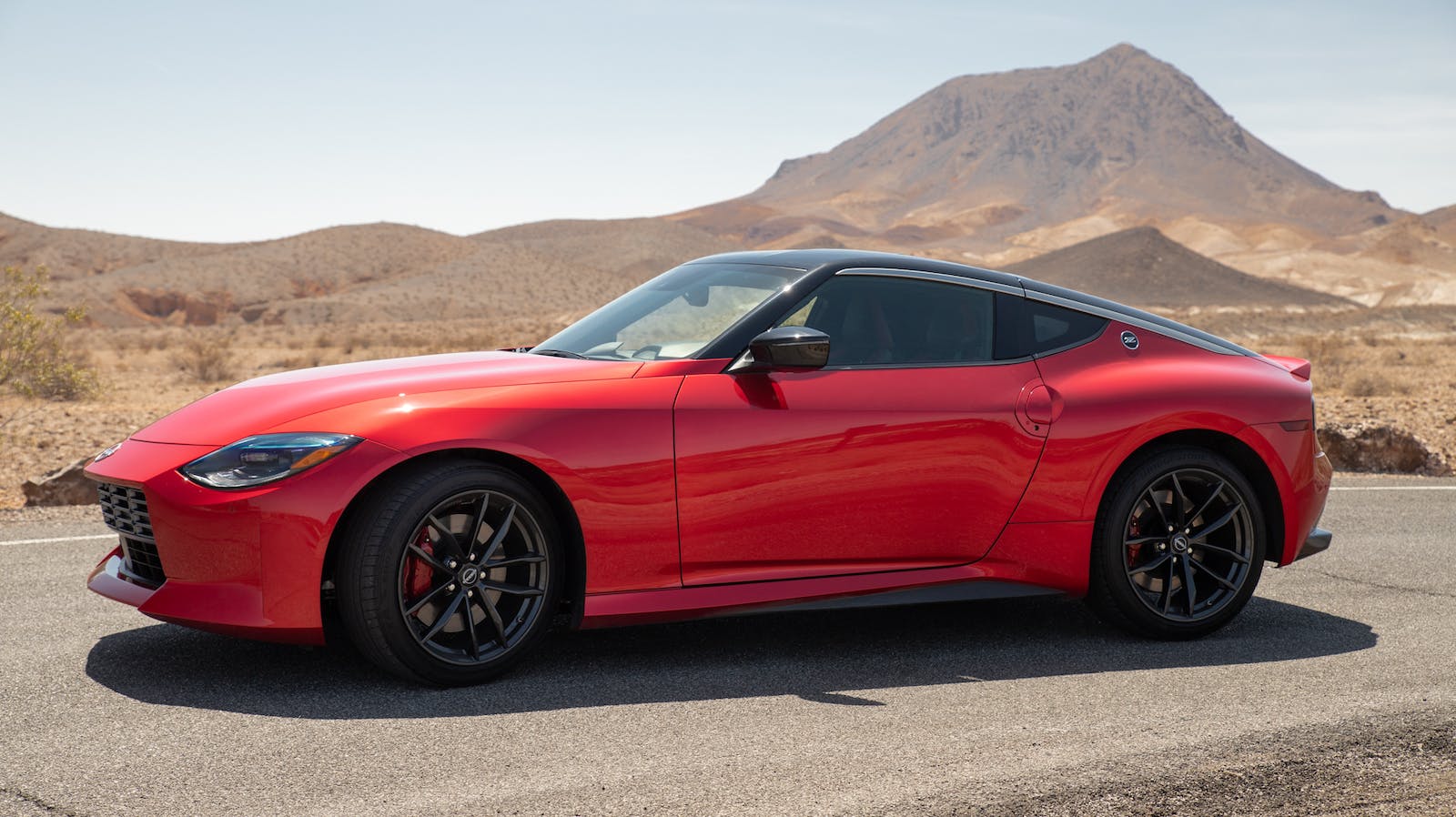 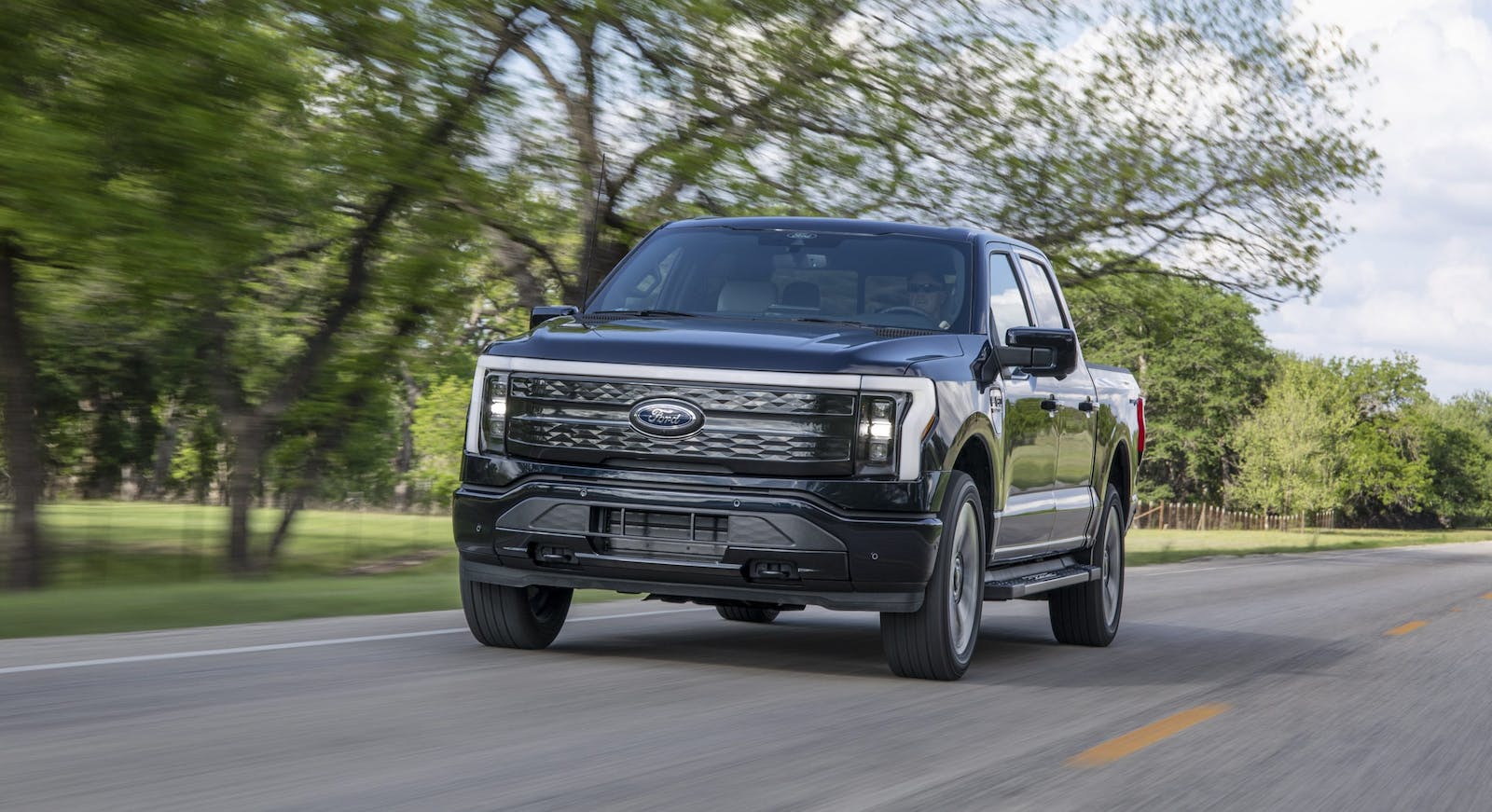 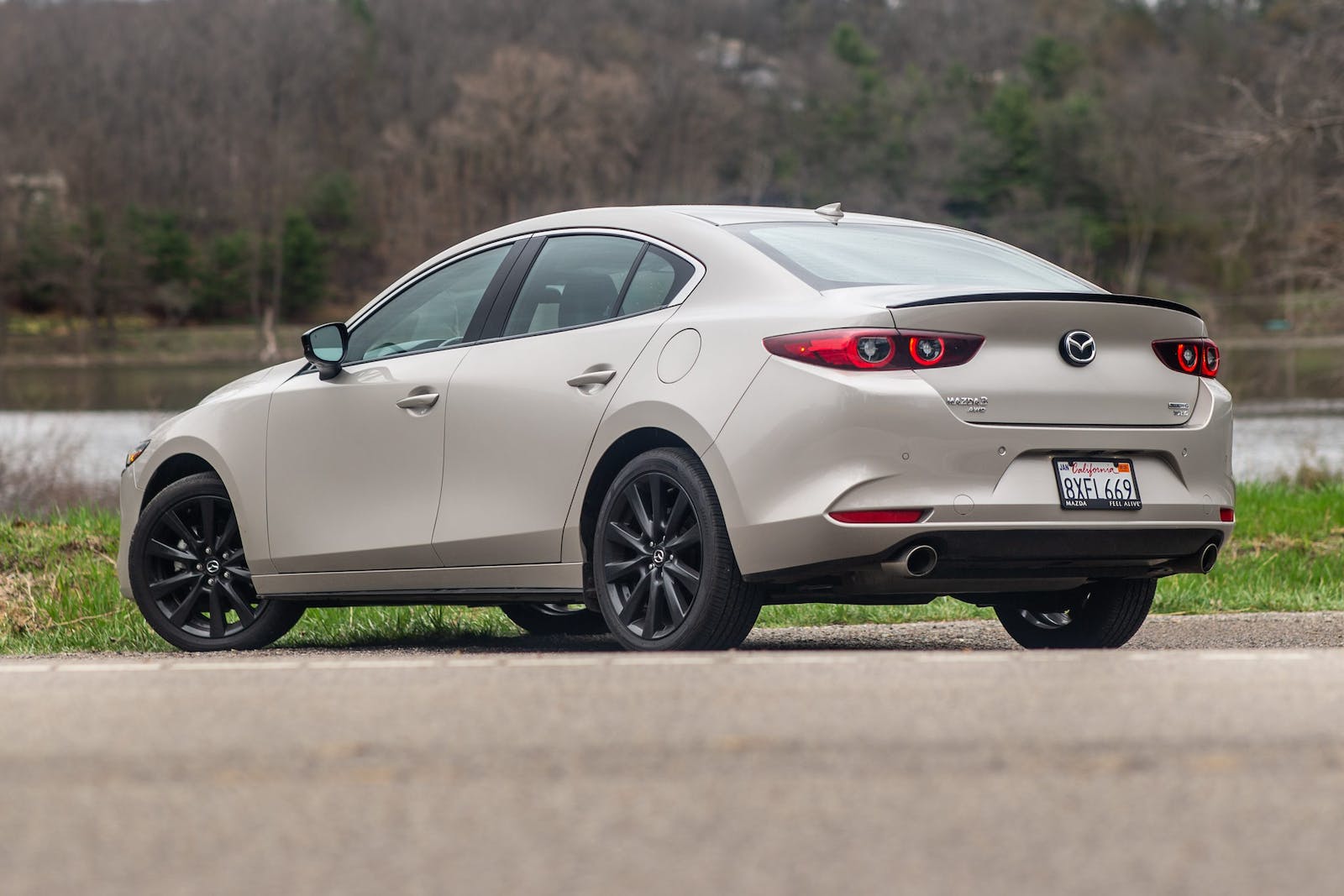 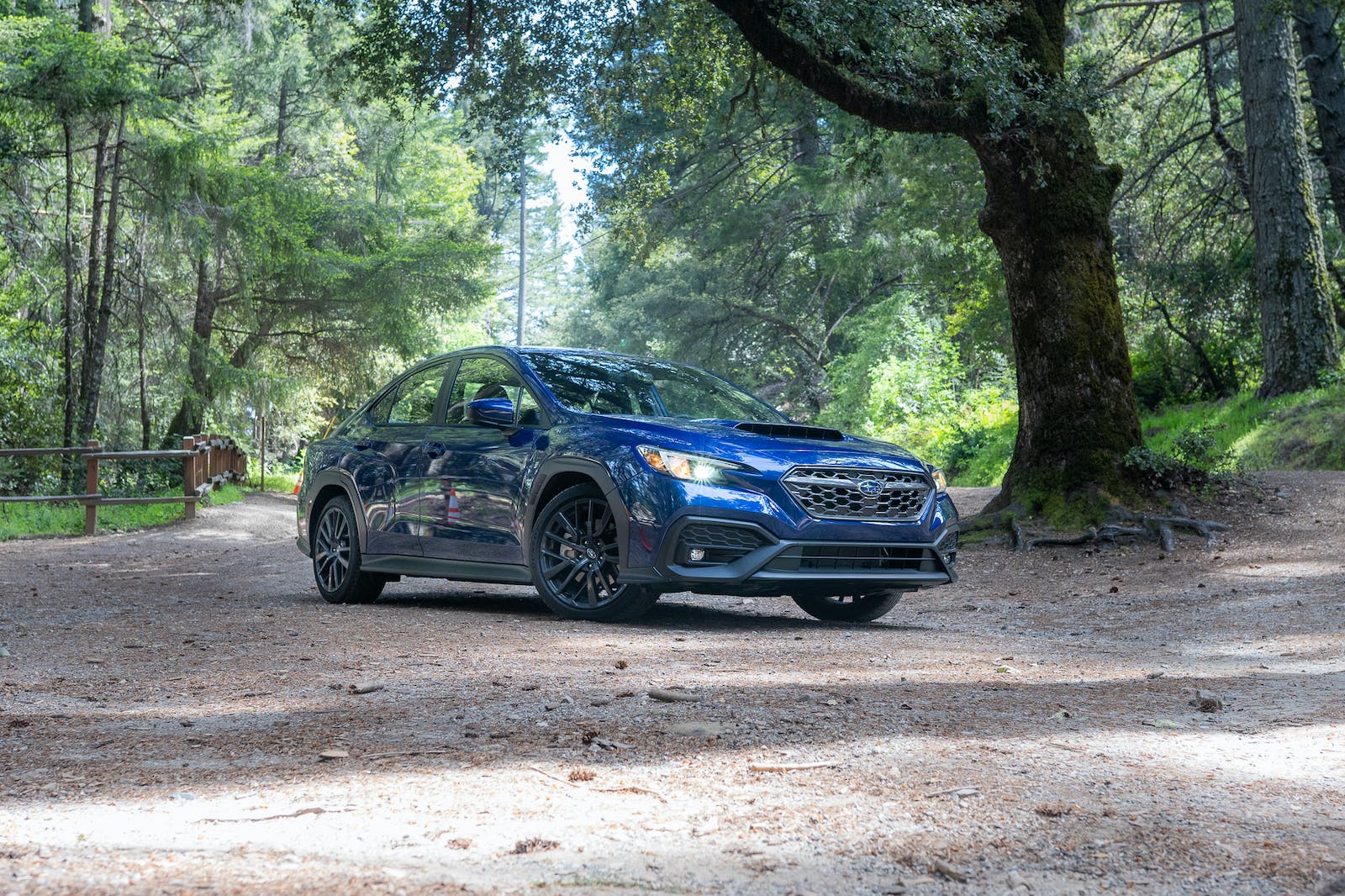 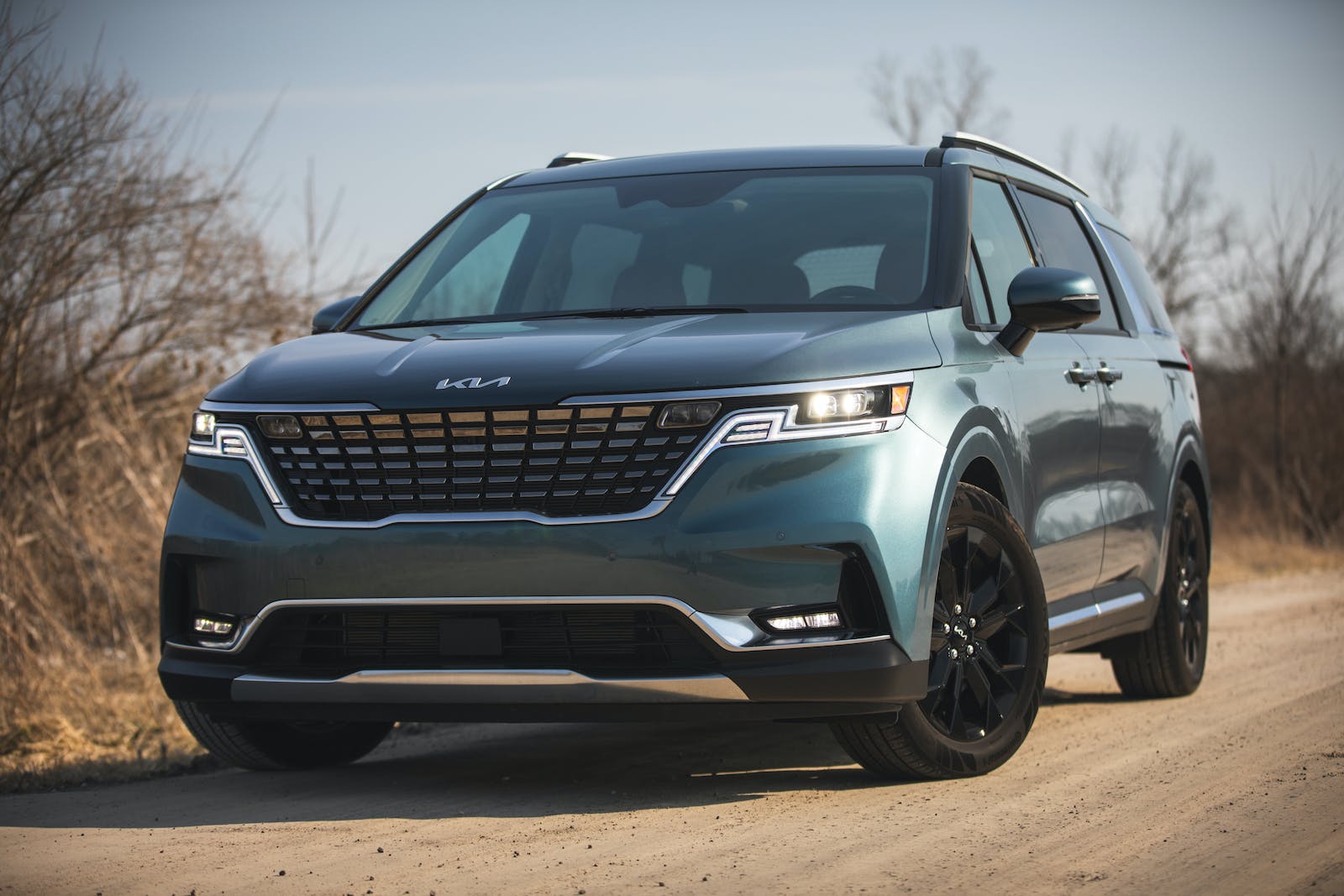