Intake: This morning, Ford revealed the Maverick, a new compact, unibody pickup designed to slot below the Ranger in size, stature, and price. The base XL trim level begins at just $21,490 including a $1495 destination fee. A hybrid powertrain utilizing a 2.5-liter Atkinson-cycle four-cylinder and an electric motor comes standard, but there’s also a 2.0-liter EcoBoost four-cylinder that can be had on any trim level for an additional $1085. All Mavericks are front-wheel-drive as standard, but EcoBoost-equipped models also offer optional all-wheel-drive. The truck boasts 1500 pounds of payload capacity and a 2000-pound tow rating, but if you opt for the EcoBoost you can also select a towing package that doubles the capacity to 4000 pounds. There are thoughtful storage solutions and material choices all over the interior, as well as a standard eight-inch touchscreen that will run Apple CarPlay and Android Auto. The Maverick will go on sale this fall as a 2022 model year vehicle.

Exhaust: Hyundai’s Santa Cruz is currently the only other offering in the compact pickup space, but we’d bet this won’t stay a two-horse race for long. Even at first glance, it’s obvious that Ford thought hard about who will use this pickup: Think weekend gardeners, small-scale DIYers, and those who occasionally need a truck bed but rarely require towing grunt. Between the Maverick and the all-electric F-150 Lightning, the folks in Dearborn appear primed to continue their leadership in all facets of the truck space.

Will the Dino badge return on the new Ferrari V-6?

Intake: It’s no secret that Ferrari is developing a V-6-powered hybrid supercar to replace the F8 Tributo. What is not yet known is whether the Maranello company will resurrect the Dino name for its first six-cylinder car since the 206 GT of 1968, or if it will follow the current nomenclature and be labeled F6 or SF60. The new car is widely believed to borrow extensively from the Maserati MC20, and will probably use its carbon-fiber tub and a Ferrari-fied version of the Nettuno twin-turbo V-6. The car’s electrification will likely be derived from the SF90’s plug-in hybrid system. Check out the spy video below—you’ll have to wait until the fall to see the car unmasked and named.

Exhaust: Should Ferrari bring back the evocative Dino name for this state-of-the-art supercar or leave it in the past for the collectors? Let us know what you think in the comments.

Intake: Lotus has given us a first glimpse inside the upcoming Emira–the company’s last new ICE-powered sports car before it goes all-electric. So what can be gleaned from this single shot of the car’s digital dash and suede-stitched steering wheel? Firstly, and perhaps most importantly, are the paddle shifters attached to the wheel and the gear-position indicator on the instrument panel. Yep, the Emira doesn’t have a stick shift (or at least this version doesn’t). You can also pick out the 7000 rpm redline, the option of different drive modes, and a g-meter. Expect more information to be drip-fed over the next month until the Emira is revealed in full.

Exhaust: If the last combustion-powered Lotus isn’t available with a manual transmission, you can bet the forums will be ablaze with complaints, but the peaky engine is promising, and frankly it’s about time Lotus caught up on in-car tech.

Intake: A new book written and illustrated by two recent University of Illinois Urbana-Champaign graduates introduces third graders to the nuts and bolts of automotive mechanics and engineering. Jenny Saves a Convertible, written by Taylor Tucker and illustrated by Nicole Dowling, is the first book to be published through a project that provides high-quality educational events and hands-on activities for elementary and secondary school students. Jenny Saves a Convertible tells the story of a young girl who dreams of refurbishing her own car as she helps her grandfather in his auto repair shop. While the two work, they discuss how internal combustion engines operate, and by the end of the story, Jenny fixes up a convertible by herself and drives it in a parade.

Exhaust: Youth education is vital to the future of car culture and is one of three pillars—along with culture and innovation—that make up the philanthropic Hagerty Drivers Foundation. This book helps foster a fascination with internal combustion engines—and the older generations who treasure them—amid a rising tide of EVs, which is especially meaningful. It’s also refreshing that the story was written by a female, illustrated by a female, and is about a young girl who loves cars.

Can Deadmau5’s clout spin up the bids on his McLaren P1?

Intake: Chassis #236 is 1 of only 375 McLaren P1s to come out of Woking in 2015. The hypercar landed into the fast hands of one of the most renowned DJs of this generation, Canadian music producer Joel Zimmerman, aka Deadmau5. #236 is finished in a striking black and blue color scheme that contrasts starkly with the orange Akebono calipers behind its wheels. It currently has 3177 miles on the ticker and will soon be up for grabs at Barrett-Jackson’s upcoming Las Vegas auction—a city befitting an entertainer, and this consignment. Prior P1s went for $1,490,000 (2019) and $2,392,500 (2017, and the current record) at Amelia Island, a much different venue.

Exhaust: When does “celebrity factor” actually boost bidding? Hagerty’s senior auction editor Andrew Newton chimes in.“Celebrity-owned cars tend to only command a significant premium if the owner was both very famous—like household-name famous—and a well-known car enthusiast. Neither of those qualifiers really apply here, so although the McLaren P1 is a very cool car and the owner history certainly doesn’t hurt, Deadmau5’s ownership doesn’t necessarily make the car worth any more money.”

A 1:1-scale Lego Lambo—and the 1/8-scale version you can buy yourself

Intake: The thought of building your own Sián FKP 37 might sound a bit daunting, but when you break it down to the tiny plastic bricks, it is … well, still really daunting. Lamborghini and Lego partnered for just such a wild project, and instead of smaller scale models for which Lego is known, the team decided to go full 1:1 scale. The project took more than 400,000 pieces and, although the purist will argue that the 20 custom-made pieces discount it a bit, the builders claim it is exact size, down to the millimeter. What this Lamborghini doesn’t have is an actual V-12 engine. Average Joes can buy a 1/8-scale version.

Exhaust: Nothing is cooler than building something from the ground up. And since not many of us have the means to build a real supercar, and so many gearheads trace their love of assembly and working mechanicals to Erector and Lego sets, this full-scale model is especially cool. We’re guessing the 1/8-scale version will be on a lot of shopping lists. 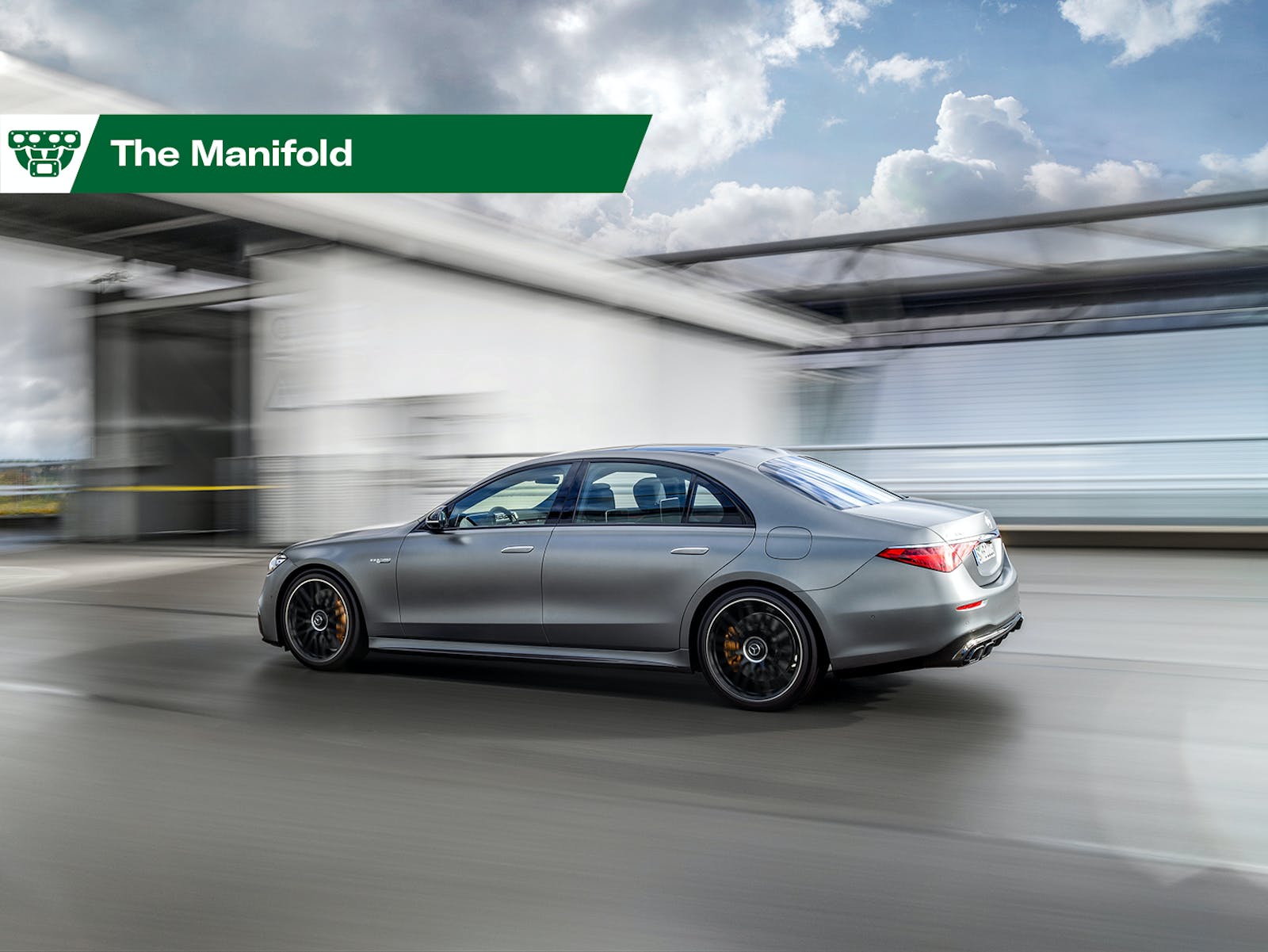 Get an insurance quote
A Story About
Share Leave comment
Read next Up next: Rides from the Readers: 1968 Chevrolet Corvette and 1993 Ford Mustang 5.0