Your Miata is using the wrong tires, according to Mazda and Bridgestone

When many news outlets fawned over Mazda’s restoration program for the first-generation Miata, launched exclusively in Japan last year, most glossed over or missed entirely what may be the most fascinating facet of the project—the tires. These renewed Miatas wear painstakingly-recreated versions of the 14-inch rubber offered with the original in 1989.

“Although we call it restoration, for Bridgestone R&D, it was almost the same as developing brand-new tires for a brand-new model,” said Takahiro Ikeda, a Bridgestone test driver.

It was worth the effort, Mazda says, because those original tires were a critical, now missing ingredient in the car’s magic formula. The Bridgestone SF-325 was one of three tires developed in the late 1980s specifically for Miata (Dunlop and Yokohama produced the other variants). The tread pattern aped that of earlier radials, like the Dunlop SP Formula, fitted to classic European sports cars. The engineering brief prioritized predictability over maximum grip.

“Back then Mazda was using the Bridgestone Potenza RE-71 for the RX-7,” explains Tetsu Kasahara, a chassis development engineer on the first-generation Miata. “What happened with the RE-71 tires was that the vehicle drove to its limitations, but then tail slides happened all the sudden. With the [Miata], we made the tires to give better controllability; we applied a soft sidewall with a soft tread.”

Enthusiasts of the day took all that in with something of an indifferent shrug. Practically the moment the Miata hit the market, racers and autocrossers were chucking aside the cushy stock tires for more aggressive stuff. “We used to call them ‘Bridgerocks,’”quips Flyin’ Miata’s Keith Tanner.

By 2016, when Mazda and Bridgestone embarked on the restoration project (Yokohama and Dunlop declined to participate), the tires were out of production and all but out of existence.

“We didn’t have the same compound as we had for the original tires, nor the same tread. We didn’t have any of those,” said Ikeda. All Bridgestone had to work from was a single Miata on SF-325s loaned from the Mazda museum, and their memories. “I, Ikeda, and Kasahara-san from Mazda, were actually the original real members who worked on the development of the NA MX-5 back then. We were the test drivers.”

Bridgestone scanned the museum car’s tires to come up with new molds, then put Kasahara and Ikeda back in the MX-5. “I met Kasahara-san after so many years, for first time since we worked on the NA,” notes Ikeda. They tested myriad formulations of the new tire. There was no pretense of recreating the original compound—even if that were possible—as Bridgestone wanted to incorporate advances in durability, wet weather traction, and rolling resistance.

All in, the effort took a year, or about half the time Bridgestone would devote to developing a tire for a new car. The reborn SF-325s retail in Japan for about $1000 a set—about double the Japanese-market price of Bridgestone’s other summer tires in that size.

This is, let’s be honest, an absurdly high price for 14-inch street tires. Mazda’s engineers admit they’d have liked to sell them for less, especially considering affordability has always been core to the Miata’s appeal.

There’s also a kind of mental obstacle: most enthusiasts agree that a ‘50s Cadillac belongs on white walls, but for newer cars like the Miata, which are still driven every day, original-style tires can seem like a step backward. “Tire technology has really moved on in nearly three decades,” Tanner says.

Yet there’s an argument to be made that period-correct tires are, if anything, a more important dimension on more-recent collector cars than people realize. Since around the late ‘70s, automakers have been dictating to tire companies ever more sophisticated, parameters tailored to the characteristics of specific vehicles. Porsche began denoting specially developed tires with the letter N (for Nürburgring, of course) in 1986, and these days you’ll find OEM seals of approval seared onto the sidewalls of everything from the Kumhos on a Viper ACR to the Michelins on a Chevrolet Equinox. An engineer who develops performance cars today at General Motors recently told me tires are “the most engineered part on the entire car.”

In many cases, the automakers are chasing benchmarks of limited real-world relevance to a consumer—a mile per gallon on the highway or a tenth of a second at the ’Ring. Other times, though, the rubber is the keystone to the car.

“There are still some gaps in the market for some of the ‘90s-era European and Japanese performance cars, many of which came with 15-inch or staggered 16-inch fitments,” says Woody Rogers, product specialist at Tire Rack. “Hopefully there will be a resurgence of matching tires for these fitments, as more cars come out of the woodwork.”

Some automakers are working on modern solutions. Porsche, for instance, periodically tests new tires on its museum cars and has recommendations for everything from the 356 to the Carrera GT. Pirelli and Michelin have started reproducing greatest hits such as the MXW (original equipment on the Renault Alpine A310 V6) and the Cinturato P7. Yokohama announced in late 2017 that it would reproduce its Advan HF Type D rubber for several ‘80s and ‘90s Japanese sports cars. McLaren will not only replace tires on the F1 road car but makes sure to scrub them on a test track.

No surprise, these efforts are mostly reserved for high-dollar cars, something the first-generation Miata, despite climbing values, is certainly not. Mazda and Bridgestone say it’s about more than money. “The big purpose of the new tires is we want customers who don’t know the driving feeling of the original NA Miata to experience that,” explains Nobuhiro Yamamoto, Mazda’s spokesman for the restoration program (and an engineer for the current, fourth-generation Miata).

That means all of us Miata owners in the States—where Bridgestone has no plans to market the tire—will have to lay awake at night knowing our cars could be infinitesimally more pure and fun. Imagine that. 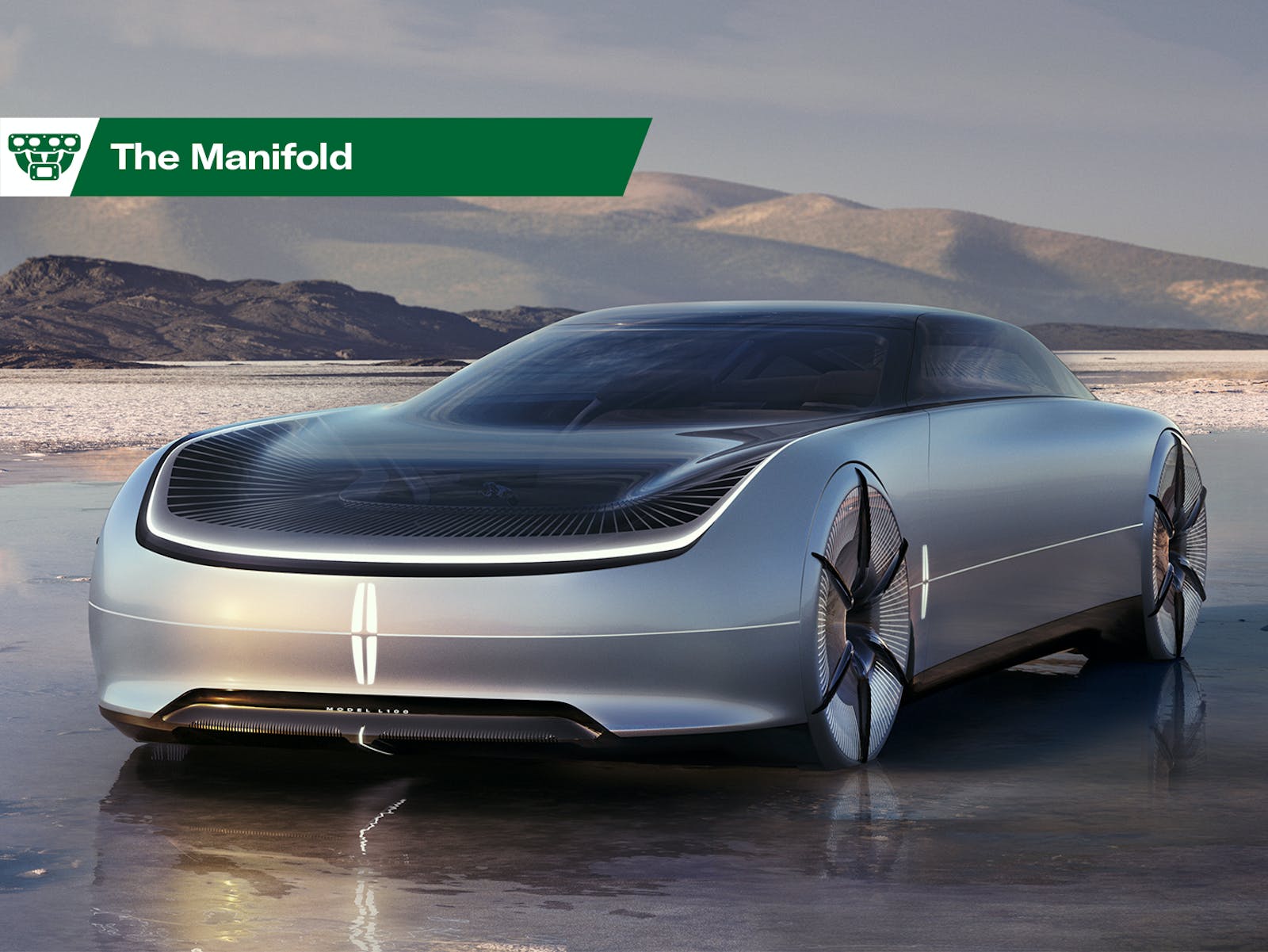