Last month, our own Don Sherman uncovered two of the three reasons for an unexpected delay in the mid-engined C8 Corvette debut. At the time, Sherman referred to the unknown third reason as an “unspecified bone of contention between those who design Corvettes and the development engineers.” Shortly after the article was published, Hagerty was contacted by one of those development engineers. Under condition of absolute anonymity, he gave us the full scoop, including information that we were then able to corroborate in the weeks that followed by speaking to a major Chevrolet dealer principal and a representative for the UAW.

To put it bluntly, the problem is the LT2 engine intended for fitment in base-level C8 models—and our source was happy to assign blame. “The LT1 made 455 horsepower, which was a marketing decision. GM Powertrain couldn’t make that power at the budget they were given. At least not reliably. Which is why so many of the early ones blew up. Now these [expletive redacted] at Marketing say the LT2 has to be 500 horsepower—without any of the titanium hardware we need to run those extra revs. So it’s a [expletive redacted] grenade. And the C8 has a compromised intake path. The mules are doing 330 at the wheels. That’s what the LS3 did in the C6.”

Faced with this issue, Chevrolet executives moved C8 production to Q2 of 2020—but that’s when the union got involved. Our sources say that the UAW contract for Bowling Green specifies no more than 120 days break in production, at which point a “jobs bank” provision kicks in that pays every Bowling Green Assembly Plant employee full wages for doing nothing. “Something,” our source said, “had to be done.”

Thanks to Tim Daland, the slightly-disgruntled dealer principal of a northern Indiana Chevy store who saw the document you are about to see and, as he put it, “lost my freakin’ mind,” we now know what that “something” is—and, again, our insider gave us the full scoop as to how this happened.

For the first 6–8 months of C8 production, there will be a single model offered—Corvette Zora XFE, which uses the corporate “LFX” 3.6-liter V-6 in place of the 6.2-liter LT2. A single transmission will be offered—the 6T50 six-speed automatic developed jointly with Ford and found in both the Flex and previous-generation Traverse SUVs.

“The XFE was developed in-house at the request of senior management, who didn’t want a repeat of the Mark Reuss incident,” our source says, referring to an incident where the General Motors president looped a new ZR1 into a retaining wall on national television, apparently due to the car’s massive power and the unexpected presence of a bump on a Detroit-area roadway. “The idea was that we’d give the car to Mark and just not tell him there was anything different. Believe me, this was a very popular idea.”

The minute the first development mule hit the track, though, the engineers were enchanted. “We’d long wondered how we could match the Lotus Evora’s balance and sweetness… It turns out that all we needed to do was match the Evora’s basic powertrain layout.” Around the “Lutzring” development track, the LFX-powered C8, dubbed “Blue Flame” in project documentation, easily beat the laptimes of the Lotus Evora, the first-generation Acura NSX, and the Scion FR-S.

The Blue Flame was even taken to the Nurburgring—but there was a little matter of having it make the proper noise. “We recorded a C6 Z06 and played it back through a pair of high-performance speakers pointed at both sides of the track, using two Rockford Fosgate ‘Punch 45’ amps wired in series,” our source said. “The magazines ate it up.”

With LT2 development stalled, the team had no choice but to turn the Blue Flame into a production-ready reality. All it needed was a name. Luckily, Chevrolet has almost a century’s worth of heritage on which to draw.

“We had a sack full of Cobalt XFE badges that never got thrown away because picking up trash bags heavier than 10.2 kilograms is a union-protected job, and we had no union people in the department,” our source told us. “We’re going to use those.”

XFE, which stands for Xtreme Fuel Economy, will be the Zora’s new mission, one aided and abetted by electric shutters in the radiator grilles. “We can close them for up to 4.2 seconds before the engine overheats and throws a rod through the partition between the engine and the driver,” our source said. “Or was it 3.2 seconds? Hold on—I gotta call you back.” In “Eco” mode, the C8 returns 41 miles per gallon in EPA highway testing.

Asked about customer reaction to the Zora XFE, City Chevrolet owner Tim Daland was emphatic. “This is the dumbest thing GM’s done in… aw, hell, at least since the new Silverado,” he said, speaking to us from Charlotte Motor Speedway, where his #46 NASCAR team was planning a test with a USAC driver from California. “And get this—if you have a deposit in for a C8 and you refuse to take an XFE, they put you to the back of the line! I got people who won’t get a real V-8 car until 2021!”

Numerous calls from Hagerty to General Motors PR went unanswered before we were contacted by a person who would only identify himself as “T-Dawg Radberry,” possibly because the call occurred at 11:20 PM on St. Patrick’s Day. “What… are you shpoiled brats complaining about,” he slurred, as Whiskey In The Jar played in the background. “You’re lucky… we didn’t put it on the Bolt platform… that’s what Mary wanted… shix shylinders is enough for anybody…  Hertz is gonna buy ’em if the dentishts don’t… if you want a fast car, buy that new Mushtang GT500. And please shtop writing about the old Shilverado already.”

According to our sources, there has been only one voice to speak out against the Zora XFE—former GM executive Bob Lutz, who drove a pre-production prototype and called it “a God-dammed disgrace, a complete repudiation of the dynamic changes I made in product quality during my time with the company, and a desecration of Zora’s memory.”

“Oh, don’t listen to Bob,” our source said. “So he can pilot a jet fighter—so what? We got a guy on staff who got a perfect score on 747 Flight Simulator, Free Edition. Plus, he’s not exactly firing on all cylinders nowadays, if you know what I mean. He told us to bring Pontiac back, so we swapped the logos on an E60 535i and told him it was a Grand Am. He’s been driving it for years.”

“That’s a lie,” Lutz told us, when contacted on the subject. “I worked for BMW for years. I know what a BMW is supposed to be. That car in my driveway—the one with the Eye-Drive—that’s definitely a Pontiac.” 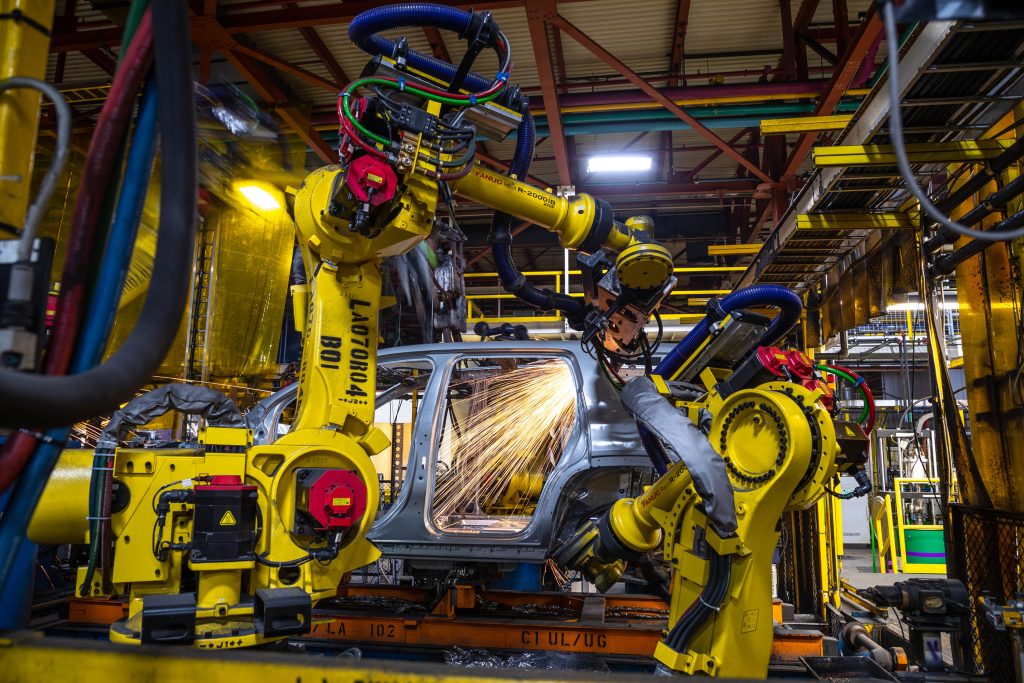 News Spring Hill, once home of Saturn, reaches into the future with shift to EV production
Phillip Thomas 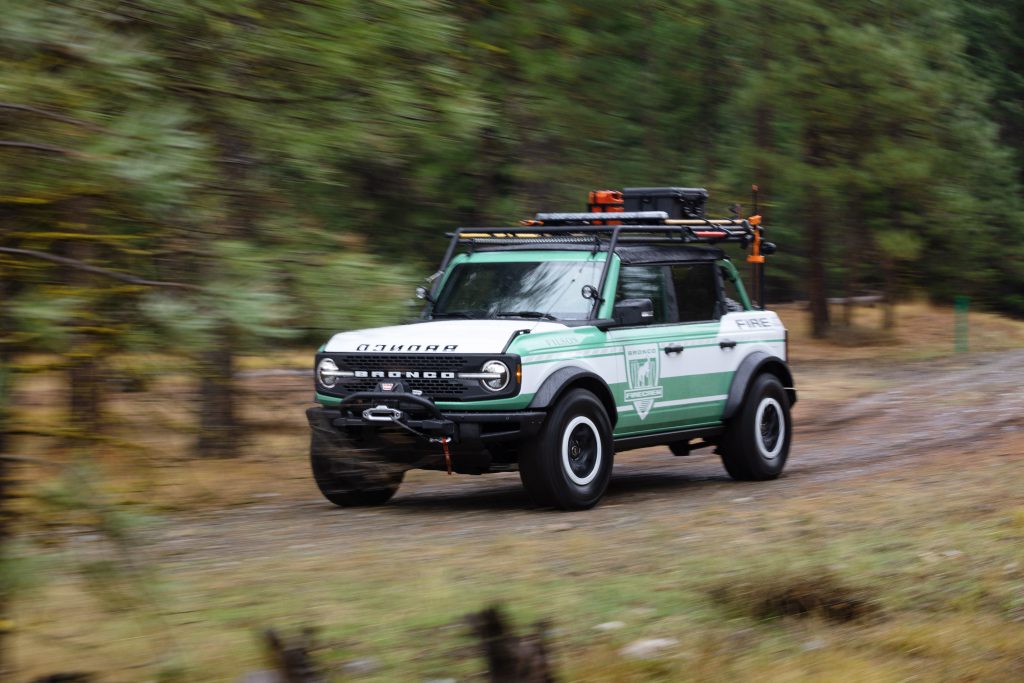 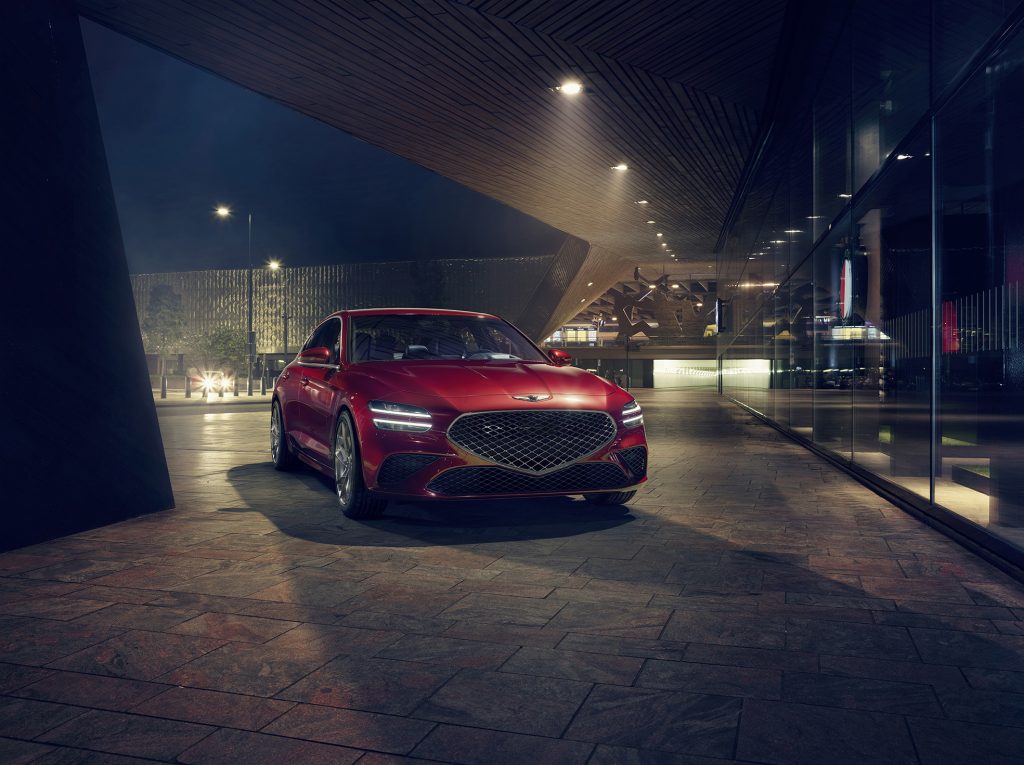