This is the only Corvette that matters. This one, right here. Not in the sense that the Clash was once “the only band that matters.” Quite the opposite, in fact. People used to say that about the Clash so you understood they were too sophisticated to listen to Led Zeppelin or Boston. (While at the same time not being sophisticated enough to listen to Ornette Coleman or something like that.) It was meant to be a marker of superior discretion, albeit not that superior. Snob appeal for Main Street, if you will.

By contrast, this 2LT Coupe, an all-American mid-engined supercar that gives you 94 percent of a Ferrari 458 Italia for 40 percent of the MSRP, is the only Corvette that matters because it has no snob appeal, no extra street cred. Six months from now, it will attract about the same amount of cars-and-coffee attention as a 2007 Mustang GT. If you buy one and try to sell it after five years, you will find yourself saying “Uh, no” again and again to pitiless inquisitors:

Which is precisely what makes our test car so important. It’s the base model, the one that will find homes with those people long considered to be traditional Corvette buyers. Blue-collar retirees. Military officers. Slightly frustrated fellows with no previous sports-car ownership history who realize at the age of fortyish that they should maybe do something about that. Those folks. The ones who spend more money on Zaino polishing compounds than on Hoosier R7 tires. Year after year, the majority of Corvettes are sold to people like them, configured like this one.

When I saw the mid-engined Corvette for the first time, I was more than a little concerned that Chevrolet had left those buyers behind in the interest of doing more business with the Z-whatever crowd. It seemed obvious that a mid-engined, supercar-proportioned vehicle couldn’t possibly serve its most loyal buyers as well as the entirely conventional C7 could and did. When this unassuming $72,000 coupe on all-season tires showed up, my concerns went nuclear. How could something that looks and goes more than a little bit like a Ferrari meet the needs of the trad-Vette crowd?

Good news, retirees and racetrack-allergic show-and-shine participants: You’re about to buy the best Corvette ever made, and it feels like it was designed just for you. I mean that in a non-snobbish way. All the things you need out of a Corvette—room, comfort, usable controls, and a thunderous 0–45 stoplight sprint—are present and accounted for, in greater volume and finer quality than ever before.

Let’s start by addressing the elephant in the room: Can I get in and out of the thing? Your humble author is a relatively youthful 48 years old, but I have had multiple surgeries on both legs thanks to a spectacularly unsuccessful cycling career, so I’m a good measure of entry/exit. It’s super easy. Easier than a C7. The door sill is so low as to not exist. The door opens wide and the aperture is big-bore, to say the least. I was able to get out using just one leg by gripping the raked A-pillar. Compared to something like a Huracán or Lotus Evora, this is a Dodge Caravan in terms of accessibility.

Once you’re in, you’ll realize that 2LT is probably the minimum Corvette interior you want. 1LT is the $59,995 price leader, and 3LT adds some nifty interior fabrics, but 2LT is the package that adds all the good stuff. 14-speaker sound, heated/ventilated seats, navigation, and the all-important Rear Camera Mirror. More on that in a minute. It will cost you $7300 to make the move to 2LT. You should do it.

While you’re at it, go ahead and spend $1495 for the Front Lift Package, which will ease your nose over driveways and parking-garage ramps. One drawback of looking like a Ferrari is that you have Ferrari levels of ground clearance. If you’re too cheap to do that, you can take some heart in the fact that forward visibility is just outstanding. This is the same big-windshield, zero-visible-hood sight picture you get in the modern exotics. I suspect this is the reason many drivers are already posting faster lap times in base C8s than they did in identical C7s; it’s easier to place the car in a corner at high speed. Around town, the payoff is that you are unlikely to bop a curb or a parking pole.

Chevrolet resisted the temptation to make the side windows too short, so drivers who are least five-foot-two should be fine in that respect. To the rear? Well, that’s where the Mirror Camera comes in. Flipped up with a dimmer-style lever, it shows you the relatively narrow field of vision through the rear engine cover. Flipped down, it’s a wide-angle view from side mirror to shining side mirror. This completely eliminates blind spots. After ten minutes, you’ll wonder why your Silverado doesn’t have it.

Our test car came with $1495 worth of fancy wheels and all-season tires. You’ll need to risk life and limb to get near their limits, and the payoff is outstanding behavior in nightmare (or night-time) rain. Please resist the impulse to choose “Track” mode for the street; “Sport” makes the car hellaciously loud on startup, which is what you want, while preserving the electronic safety net. On the move, it’s once again obvious what an improvement the C8 is over the C7. It’s faster, thanks to a little more power from the new LT2 and the speed-of-thought dual-clutch transmission. The “automatic” programming of that is pretty faultless, with one big exception: If you’re really being irresponsible with your corner entry speeds, you’ll see the occasional unannounced downshift on the way into the turn, which can give that electronic safety net a moment to shine on your behalf. Any plans to triple the listed corner speeds on your back road should probably include hitting the “M” gearbox button, for manual selection.

Steering is a modern high point for Corvettes; the brakes are considerably better than the no-talent clown clamps fitted to base and even Z51 C7 models, partially due to a little more swept area and partially due to the advantages of mid-engine weight balance. A quick jaunt through Ohio’s Hocking Hills proved that the C8 has major-league ability to cover ground; you would need a stopwatch to tell the difference between this and, say, the Ferrari 458 Speciale I took through these same roads five years ago. The C8 doesn’t have the same audio drama, but it will also have a considerably longer engine service interval. Pay your money and make your choice.

Removing the roof doesn’t have any tangible effect on body rigidity or cornering balance, although it does mean that you’ll be limited to the “frunk” for storage, which can hold one gym bag or two sets of Red Wing work boots but not much more. This is one area where the C7 has it all over its successor; that big-hearted coupe was also insanely generous with hatchback-covered cargo area. Current owners should be aware of the difference. More troubling is the general lack of in-cabin stow space. In the last six generations of Corvette coupes, you could simply throw something behind you if you didn’t want to hold it on your lap. Since the engine sits there now, all Corvettes now have the same hard wall behind the seats that was once a convertible-only feature.

That’s a minor gripe for most buyers. The infotainment system and infamous “Chiclet line” center console, which has generated so much negative press lately? It probably doesn’t even rate that high on the annoyance scale. After three days of use, I could find pretty much everything I needed without too much looking around. Real owners, as opposed to short-term press testers, will become perfectly familiar with the climate and seat controls in short order. Once you get past the looks of it, you realize how much thought has been put into making most needed features immediately accessible. The 2LT stereo is better than anything available in previous Corvettes. The heads-up display, as well, seems to work a little better, although that could just be a function of windshield rake.

Would this Corvette be more enjoyable with a clutch pedal? Yes. Can you have one? No. Buyers for whom that is a deal-breaker should find a C7 Grand Sport, which is a more serious performance vehicle than this base C8. Everyone else will like this one better. The obvious excellence of the base car has the track junkies drooling at the thought of future cars. Wider front tires, with 100 treadwear at most? Flat-crank V-8? More aero—like, a lot more? Your humble author is filled with joy at the thought of such things. I liked the outgoing ZR1 more than any Corvette in history. There is no such thing as “too hardcore” for me …

… but I’ve owned precisely one Corvette in my life, and probably won’t have another one. So you can ignore what I have to say. The real buyers, the people who spend their savings on Corvettes, are going to love this car just the way it sits. It’s just right for them. Chances are it’s just right for you, as well. The only Corvette that matters is better than ever.

Pros: Better in every respect than an automatic-transmission C7, and better in many respects than the mid-engined exotics selling for three times as much. Outstanding real-world usability and stunning performance.

Cons: Would be nice to have a manual option, would be even nicer to have 40 mm added to the width of each front tire, your HOA is going to write you a letter the first time you start it for the morning commute.

Summary: The best Corvette yet, from a company that didn’t forget about its most loyal buyers. 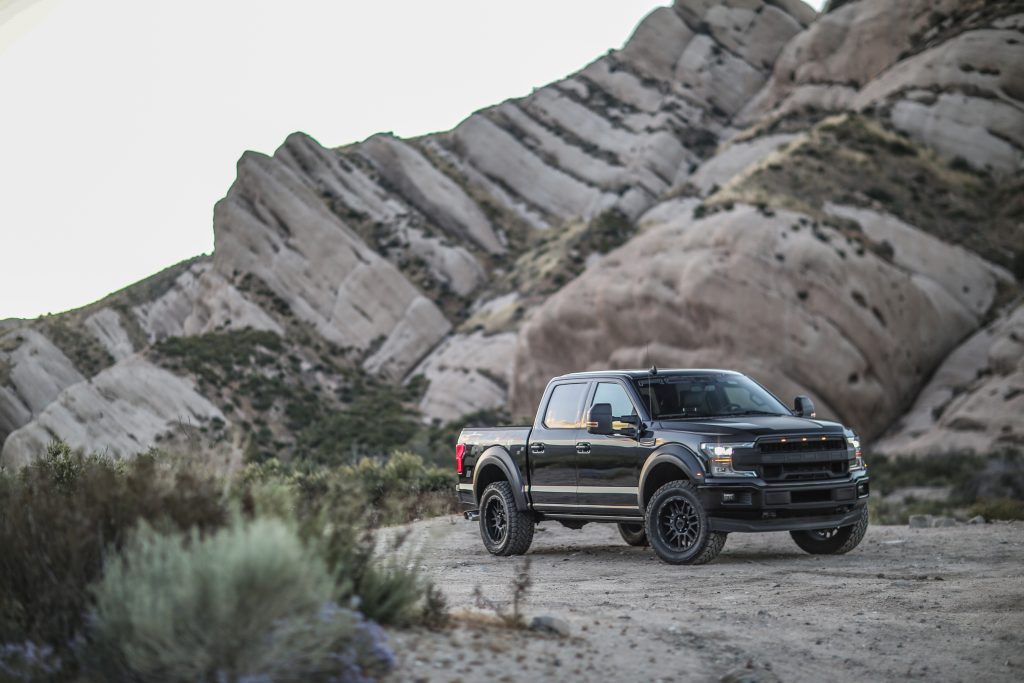 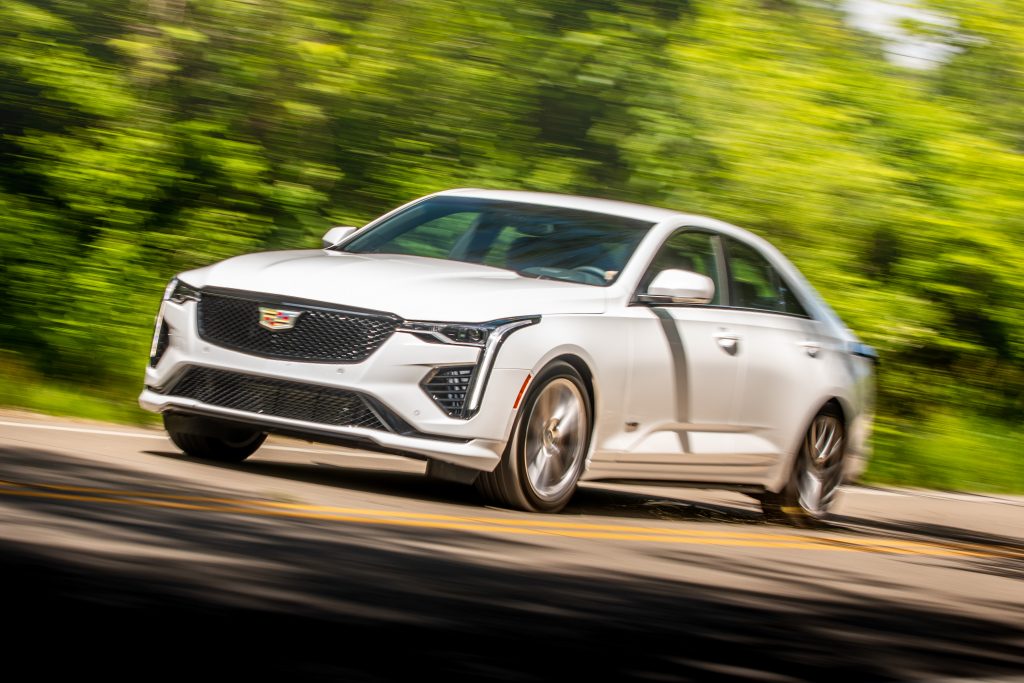 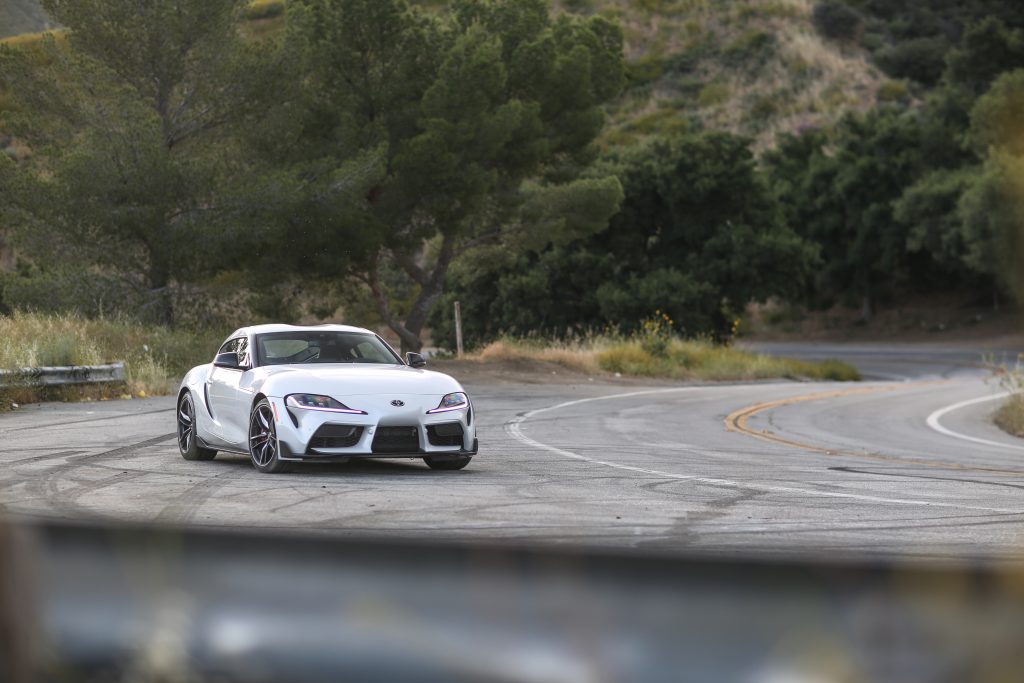 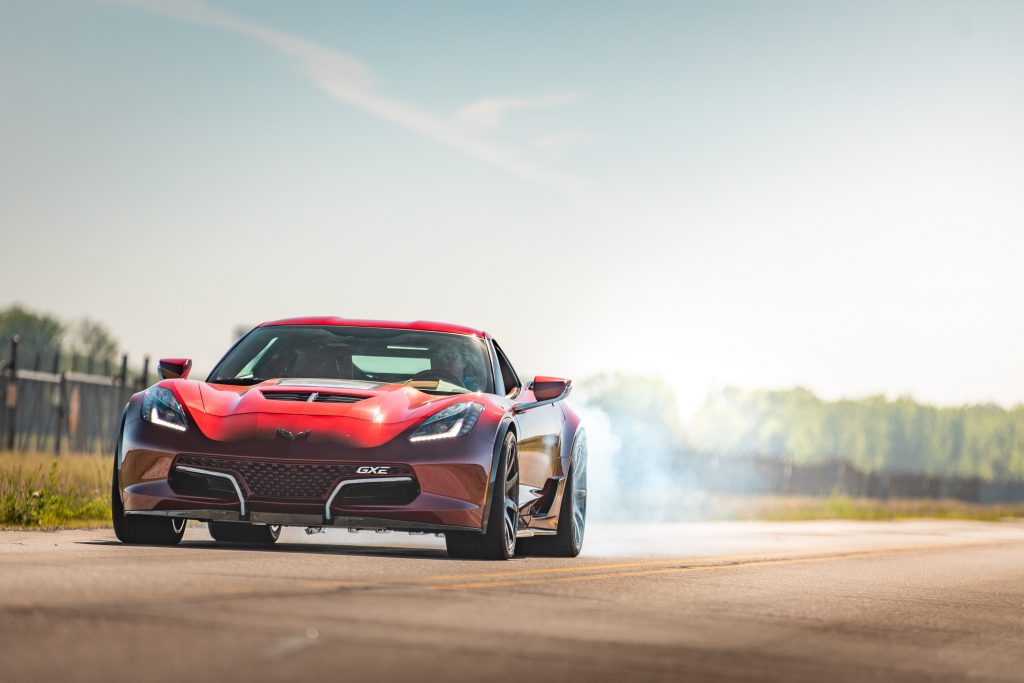 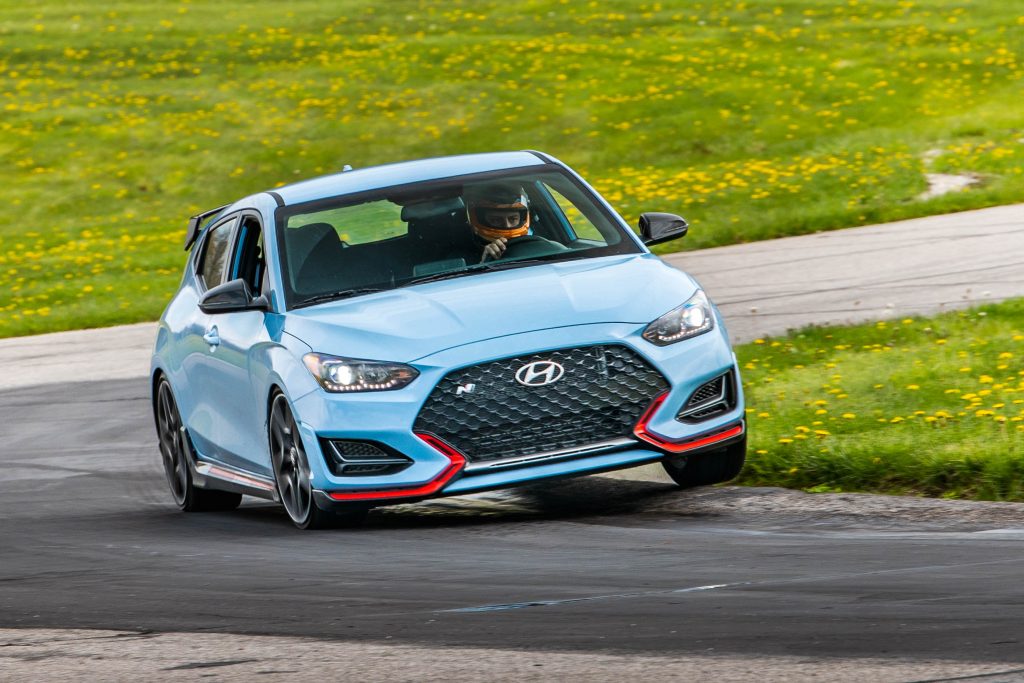