Southern California car lover Bruce Meyer has an eclectic palate. His stable includes everything from motorcycles and ’30s luxury touring cars to late-model GT race cars. It turns out that speed and competition truly are his passions, and his stewardship of some of the world’s most important racing cars is testament to his love of auto racing.

A selection of his cars are currently on display in the Petersen Museum in a collection titled “Never Lift.” The cars run the gamut, from seven-second dragsters to 24-hour endurance GTs, but they all embody the competitive spirit that has driven so much innovation. Here are five of our favorites.

In the early days of dry lakes and Bonneville racing, roadsters ruled. Without a top, they offered less drag than coupes, which didn’t even have their own class to race. The Pierson Brothers coupe changed that. Bobby Meeks recruited the brothers and their car to be sponsored by Edelbrock and use the company’s speed parts to set records.

Meeks knew that the roadsters were using hopped-up flatheads with Edelbrock parts, so they’d need any advantage they could get. It doesn’t take a wind tunnel to figure out that a vertical windshield isn’t doing you any aerodynamic favors. Armed with a torch and a will to make a ’34 Ford faster than it had any right to be, Meeks chopped the top nine inches, laid the windshield post back, and created the template for land speed racers to follow.

The coupe raced successfully, through a number of owners, until the vintage build was retired in 1991. Although the coupe raced in excess of 200 mph later in its career, Bruce Meyer had Pete Chapouris restore it to its 1950 livery to honor when it represented the cutting edge of land speed racing.

There’s perhaps no other shape that better symbolizes Southern California dry lakes and Bonneville salt flat racing than the belly tank lakester. This one, built by So-Cal Speed Shop’s Alex Xydias, is the most famous. In 1952, it used three different Ford flathead V-8s to set five speed records, running a best flying mile of 198.340 mph. Its two-tone paint scheme has been copied by numerous other racers, yet this iteration remains the most memorable.

In the late 1950s, Zora Arkus-Duntov wanted Corvette at Le Mans. GM brass did not. A deadly crash in 1955 led many manufacturers to shy away from racing and the bad press that could follow such a horrible loss of life. Undaunted, Arkus-Duntov decided that the next best thing to a factory-backed Corvette team was a factory-assisted privateer team. Briggs Cunningham had recently stopped production of his own race cars and had adopted Jaguar as his ride. Arkus-Duntov convinced him to switch to Corvette. Cunningham purchased three 1960 Corvettes equipped with fuel injection and prepared them to race at Le Mans.

This car, driven by Dick Thompson and Fred Windridge, did not finish the race. It suffered body damage early, putting it behind the lead pack, and a fire 207 laps in ended it. Thompson and Windbridge’s teammates, John Fitch and Bob Grossman, finished eighth overall behind seven Ferraris and an Aston Martin, taking home the GT 5.0L class win. So although this car isn’t a champion, it does mark the first chapter of Corvette’s successful endurance racing history.

Every V-12 Ferrari is special, but even among those handcrafted and rare machines, the factory hot rods that took on Le Mans in 1961 are in a class of their own. Stripped of any amenities and fitted with the Tipo 168B/61 V-12 with six Weber carbs and 300 horsepower, three of these GTs swept the podium at LeMans in dominating fashion. This car finished third in that race, but it would go on to several class wins and overall wins at the 1961 Coppa InterEuropa at Monza and the 1962 Coupes de Bruxelles. In case you were wondering, SEFAC stands for SpA Esercizio Fabbriche Automobili e Corse. It just rolls off the tongue, doesn’t it?

For two years, the Greer-Black-Prudhomme fuel dragster dominated the sport. Financed by Tommy Greer, Kent Fuller built the short-wheelbase chassis and Wayne Ewing added the distinctive body. The clutch and engine work was by Keith Black, who would later become synonymous with drag racing engines, particularly aluminum big blocks. Don “Snake” Prudhomme drove the car. Before he became one of the most feared drivers in drag racing, Snake was an accomplished automotive painter, so he applied the original orange paint. It’s perhaps best known for its yellow iteration, in which it ran a 7.77 elapsed time in 1964 using a blown 392 Hemi topped with its signature scoop. 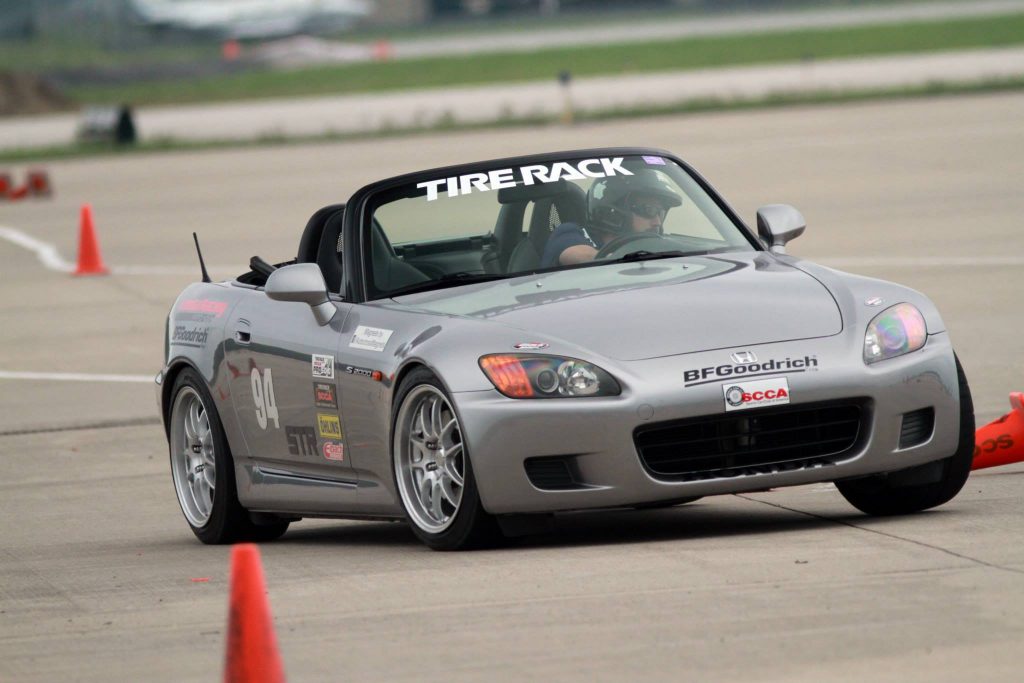