Which 1990s supercar is making the biggest waves?

If you take any stock in current trends in fashion and music, the 1990s are back in a big way. Popular culture is welcoming back jelly sandals, acid wash jeans, and enough furry bucket hats to choke a Gen-Z influencer. The trend applies to ‘90s cars, too, and not just the iconic Japanese sports cars that have been climbing for the last several years. According to the data from our latest update to the Hagerty Price Guide, many of your favorite ‘90s supercars are rising higher than they ever sat on your bedroom wall. Five of these exotic performance machines stand out from the rest in terms of value increase since the last HPG update four months ago, but one in particular is searing hot. We saved it for last.

Historical perspectives on the Jaguar XJ 220 are rather tricky to unravel. On one side of the cylinder bank, the long-‘n-lithe Jag was briefly the fastest production car in the world, cracking a 217 mph top speed when the fastest Ferrari struggled to crest 200 mph. Conversely, the XJ220 overdelivered in performance but arguably under-delivered on the technological and experiential fronts. Jaguar debuted the original prototype XJ220 with a naturally aspirated V-12 and all-wheel drive; what was delivered to customers carried a twin-turbo V-6 powering only the rear wheels.

Excited customers felt burned, with many pulling out. Then, the same financial crisis that slaughtered the EB110 snuffed the Jaguar, along with dramatic improvements in livability and manufacturing quality in newer supercars from Ferrari and Lamborghini. So, like the EB110, the XJ220 pickled and stewed in relative obscurity until the mid-2010s.

Of course, enthusiasts have come around to the Jaguar’s stunning looks and potent performance, and values of the intriguing XJ220 continue to rise. This round of HPG sees the average value of a #2-condition XJ220 jump to $586,000, a non-trivial step from $488,000. That’s still light-years behind the McLaren F1—same as it ever was for the slinky cat.

Unlike the EB110 and Diablo, the Ferrari F355 never saw a dip in collector interest. From the moment that five-valve 3.5-liter V-8 cleared its throat, the F355 cemented itself as one of Maranello’s all-time modern greats. Many consider this to be one of the most proportionally “correct” mid-engine Ferraris, blessed with buttery handling and excellent day-to-day usability.

Despite near-universal acclaim and appreciation, values of the F355 remained in in the affordable-ish realm for nearly a decade. Contrasting the sweetness of operation is the bitterness of maintenance; though the F355 was Ferrari’s direct answer to the reliable, livable Acura NSX, the F355 is the final mid-engine Ferrari to require the infamous engine-out service for belts and pumps. The interior also has its fair share of issues, with dashes prone to warping and controls that turn sticky and gluey with age.

Suffer for beauty, but don’t suffer depreciation. With prices higher than they ever have been before, more collectors find the F355’s mechanical malfeasance easier to swallow than when the car was worth around $70,000.

As always, stick with the gated six-speed manual, lest your finicky paddle-operated F1 automated manual transmission drain your maintenance fund with replacement pumps, to say nothing of the 20-percent hit in value against the equivalent three-pedal car.

What we have here is yet another under-appreciated supercar. By all accounts, the 512 TR and later F512 M were significant upgrades both dynamically and ergonomically over the blocky and brutish Testarossa. And though these successors are technically ’90s cars, there’s no hiding their 1980s roots. Aesthetically, the 512s could never shake the Miami Vice vibe; a selling point to some, and a turn-off for others.

The 512 TR remains the best buy, with a significantly improved driving experience over the Testrarossa and only a smidge less performance than the later M. A TR will set you back $281,000 in #2 (Excellent) condition, with the rarer Ferrari F512 M in equal condition claiming a gut-busting $440,000. That’s a hefty premium, and ’90s lovers might prefer the TR’s cleaner look and pop-up headlights.

Ever in the shadow of the Countach and the later Murcielago, the Lamborghini Diablo continues to scooch out into the sunlight. These are striking machines to behold in the metal, not to mention the angry bark of the 492-hp V-12. Despite the difficulties of keeping a Diablo in great shape—between engine-out services, delicate rubber bushings, and unobtainium engine computers, values of Sant’Agata’s best-named supercar bumped an average of 15 percent across the board; the “cheapest” Diablo now requiring a minimum sacrifice of $237,444 for a base Diablo in #2 (Excellent) condition, up from $198,000. Values climb substantially from there, with a #2-condition Diablo SV now running $348,000 (a boost from $294,800) and the VT 6.0 SE commanding $461,000 on average compared to the prior $439,000.

We’re aren’t surprised that the rarified and enigmatic Bugatti EB110 tops the list of gainers. Launched to much fanfare in the early 1990s, Bugatti Automobili S.p.A’s techno tour de force was a supercar playing chess while other contemporary supercars were playing checkers. In an era where most top-tier supercars roared around with aluminum or steel subframes, natural aspiration, and rear-wheel drive, the EB110 eviscerated production performance records armed with carbon-fiber monocoque construction, a proprietary 3.5-liter quad-turbo V-12, and a complex all-wheel drive system.

It was, without any pretense, a landmark car. Alas, the EB110 arrived just in time for a global financial crisis, with the arrival of the indomitable McLaren F1 landing the killing stroke amid the financial turmoil. Grand plans for large-scale production were stunted; when the doors closed for the final time at the gorgeous Campogalliano factory, only 139 EB110s had made it out.

Prior to an uptick in values in the past five years, the EB110 long languished as one of the most undervalued supercars from any decade, with values dipping to a floor of around $250,000 in the early to mid-2000s.

Modern collectors are a keener bunch, now recognizing the EB110 for its technologic innovations and baked-in rarity. As a result, values of this obscure-ish supercar continue to balloon rapidly into the seven-figure realm previously enjoyed by the much newer Bugatti Veyron. Last year marked the 30th anniversary of the EB110, and recognition and commemoration from Bugatti may have played a role in the 50-percent boost in values for the standard EB110 GT, compared to the last HPG update. 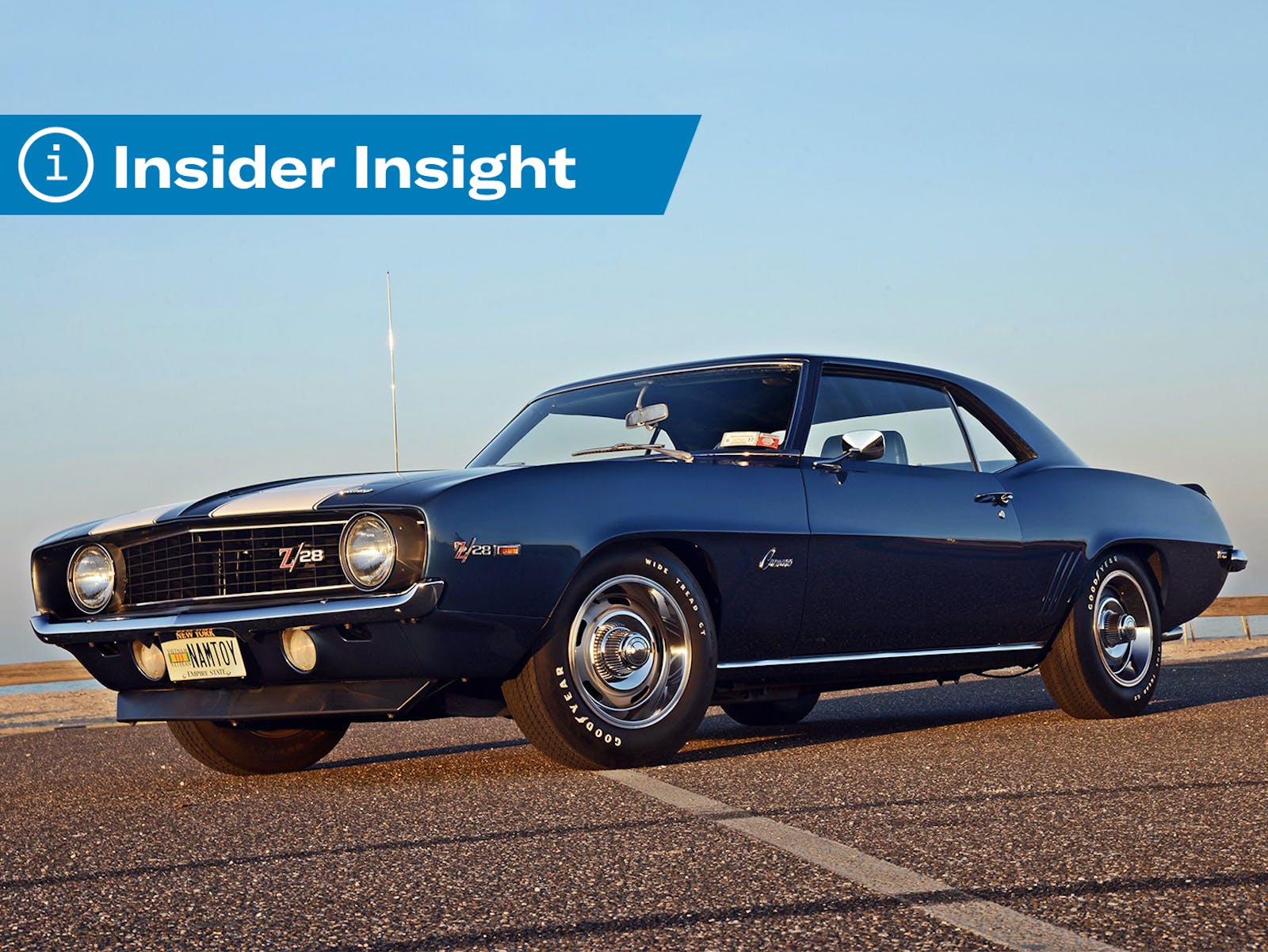 Get an insurance quote
A Story About
Share Leave comment
Read next Up next: MG enthusiast unearths photos from Abingdon factory’s final days