This is how air conditioning became cool

Global warming may not worry you until you’ve climbed into your car after it’s been baking in the summer sun. According to the American Automobile Association (AAA), your vehicle’s interior reaches between 131 and 172 degrees when parked in the sun and the outside temperature is in the low to mid-90s. This wasn’t always an issue for one simple reason: we were once accustomed to sweating a lot in the summer.

Among the earliest attempts was attributed to William Whiteley in 1884. Two years after the Crocker & Curtis Electric Motor Co. produced the first electric fan, Whiteley invented the “All-Weather Eye,” an invention that placed trays of ice under horse-drawn carriages. Fans were attached to the carriage’s axles that in turn rotated the fan blades. This produced cool air that was directed into the carriage. But the system proved impractical, needing hundreds of pounds of ice per hour to work.

Perhaps it wasn’t such a bad thing that the earliest automobiles were open to the elements; catching a breeze was easy. In 1908, that changed once the closed car was introduced. Suddenly keeping cool on a hot day was just as challenging as ever, even though Willis Carrier’s new invention, the mechanized air conditioner, was already six years old.

Manufacturers did equip their closed cars with roll-down windows or windshields that tilted open slightly. And, by the 1930s, many vehicles also had pop-up vents ahead of the windshield to funnel air to the cabin. But the air was hot, and filled with dirt, pollen and bugs. Coupled with the engine heat radiating through the floorboards into the metal-and-leather trimmed interiors, it was hot enough to melt your enthusiasm.

There were experiments to cool car cabins, but none took hold until 1930, when General Motors Research Laboratories imagined cooling the air using R-12 refrigerant. Not surprisingly, it took two more years until the proposal reached management for approval, and another year until work commenced, albeit with help from GM’s Frigidaire division.

Initially, engineers proposed cooling a car’s interior by a mere 10 degrees, as it was feared that any greater cooling would cause passengers to experience thermal shock when stepping into the hot sun from a cool car. Early experiments included using liquid nitrogen, a vapor system that used a water-alcohol mixture, a turbine-powered compressor system and a gasoline vapor system that guzzled only 26 gallons of gas every hour.

Six years later, a prototype system was fitted in a Cadillac’s trunk.

As GM dithered, Cadillac’s rival, Packard, unveiled the Weather Conditioner manufactured and installed by Bishop and Babcock, as a $274 option ($4751.40 in 2016 dollars) in 1939. Packard offered air-conditioning between 1940 and 1942. Cadillac’s system finally appeared as an option for 1941, while a year later, Chrysler followed with its AirTemp system a year later, although few, if any, cars were sold with it.

The lackluster response was due to the new technology’s compromises:

It’s estimated that about 3,000 cars were fitted with air-conditioning before World War II, with most being sold – not surprisingly – in the Southwest.

Given these systems’ problems and cost, it’s a wonder that any were ordered. Instead, many drivers used swamp coolers, a window-mounted metal tube that would be filled with ice. As a fan blew air blew over the ice, it was cooled and funneled inside. The fan was plugged into the car’s cigarette lighter.

Air-conditioning would not become a truly viable option until 1953, when GM, Chrysler and Packard introduced new air-conditioning systems. The GM system was made by Frigidaire, and available in all Cadillac and Oldsmobile models, as well as Buick Roadmasters and Supers. Chrysler’s AirTemp system was optional on the Imperial, while Packard’s unit was available on Cavaliers, Patricians, and Derham-bodied sedans.

But units remained in the rear of the vehicle until GM’s Harrison Radiator Division conceived a system that fit in the engine compartment. It was a Pontiac option for 1954. Others marques followed, and by 1956, all major American car companies offered air-conditioning as an option.

The following year, Cadillac became the first marque to offer air-conditioning as standard equipment on the Cadillac Eldorado Brougham.

Even so, across the automotive spectrum, cars with factory air were still uncommon.

With an average price of $435, just 3.7 percent of cars had it, but that would grow significantly over the next decade as the price dropped. By 1969, more than half of all new cars came with air-conditioning. For those who couldn’t afford factory-installed units, aftermarket units installed under the dashboard were common. Still, even by 1977, of domestic brands, only Cadillac and Lincoln had standard air conditioning across their lineup.

But its popularity was growing, especially after the introduction of Comfort Control in 1964 Cadillacs. Like other systems, incoming air was cooled and dehydrated by passing over an evaporator. But uniquely, this system could regulate air temperature by channeling some of the cold air to the heater core. By mixing hot and cold air, the system could deliver a set temperature, allowing for the first automatic climate control.

But another problem soon emerged in the 1970s, when scientists discovered that air conditioning’s main ingredient, chlorofluorocarbons, or CFCs, were depleting the earth’s ozone layer. A replacement was needed.

It was no small matter. In 1980, 72 percent of all new cars had air-conditioning. By 1990, 94 percent of cars had it. And all of these systems used R-12, also known by its DuPont brand name Freon, the most common CFC.

Preliminary tests on a suitable replacement, R-134a, began in 1978. Once it proved satisfactory a decade later, car manufacturers were required by the U.S. government to switch over to R-134a by 1996, replacing Freon. It is still in use, but is being replaced by R-1234yf, a refrigerant developed by Honeywell and DuPont. The new coolant has a global warming impact that’s 99.7 percent lower than R-134a.

Today, almost every car and truck is equipped with air-conditioning. And while finding a car with standard air-conditioning is no sweat, a lot of it was shed to keep you cool. 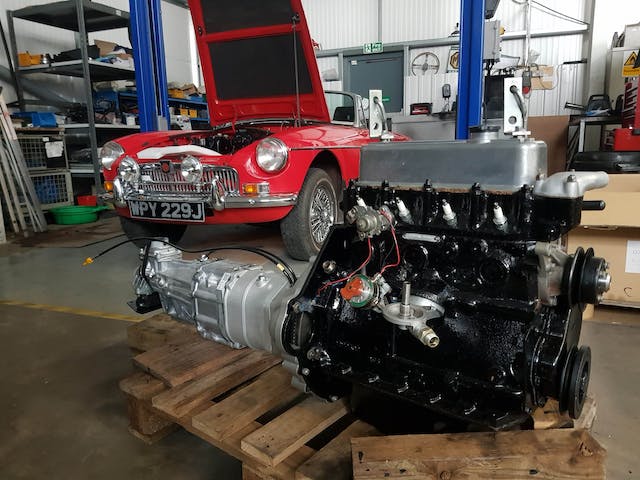