8 tips to hone your ice racing (and winter driving) skills

They say that practice makes perfect, but when it comes to driving, nothing focuses the mind more than wheel-to-wheel competition. Here in Canada (and in some of those frigid northern states), we host what could be the ideal form of motorsport: ice racing.

On a road course, you might average 80 or 90 miles an hour per lap. With ice racing, you might top out at 40. There aren’t immovable barriers waiting for you just off the racing surface, either. After a terrible mistake, you might find yourself heading into a soft snowbank rather than a concrete wall.

Over the years, I’ve done some one-off ice races—and no matter how polished my racing skills may be, by the time I turn into the first corner, I’ve screwed it up and am immediately humbled. Since we’re at the height of winter, I thought it would be prudent to pass along some of the ice-racing tips and tricks that I’ve learned.

To round out this list, I spoke to the chief honcho of Driveteq, a performance driver-education company that has now branched out into the wintry stuff. Rick Morelli’s been in the business for years and this winter marks Driveteq’s second cold-weather driver-training program.

The program isn’t just for those who spend their weekends on closed ice-racing courses. It’s invaluable for tackling winter driving on public roads, whether you’re playing with a little power-on oversteer or suddenly encountering that dreaded black ice.

Just like driving on a racing circuit, ice racing is all about how you use your eyes. It’s not only where you look, it’s about when you look. On ice, vision is even more important because three degrees more steering input can set you understeering into a snowbank. Two percent more throttle easily triggers oversteer.

The trouble comes when you’re wheel-to-wheel and in the middle of the pack. You can’t see. If you’re not at the front, snow is flying from the other racers and obscuring your vision—only if you’re lucky will you be able to see the competitors around you. These conditions are often worse than racing in the rain, so I asked Morelli for his advice.

However, racers are racers and they don’t always choose the most prudent option.

Straight-ahead visibility isn’t all you have to worry about, either. Unlike road racing, competition on ice is one form of motorsport in which you’ll regularly experience excessive oversteer. “The yaw angle of the vehicle can be often in excess of 25 degrees,” Morelli says. “You will find opportunities where you’re actually having to look out your side window because that is actually the direction of the road. Driving on ice is an excellent opportunity to challenge your discipline and vision.”

Tires are also everything

Like all forms of motorsport, any ice-racing league you choose will have tire regulations. There may be classes for studded and non-studded, perhaps even spec tire rules. If you’re given a choice, however, you’ll have to find the best tire and that knowledge is going to rest with the fast drivers.

Any form of motorsport always has its own brand of insider baseball, but with some kindness from drivers at the sharp end of the grid, you can determine which tire will at least get you on a level playing field with the competition.

When you’re racing on ice, the low-grip surface magnifies and amplifies everything you do behind the wheel, whether that’s throttle, steering, or brake inputs. Each promptly results in a change of your car’s attitude. As Hagerty’s Kyle Smith recently discovered (on two, rather than four wheels), you’ll quickly realize that you’re perhaps not as deft a driver as you thought. It’s the immediacy of the car’s feedback, not the all-out pace, that makes makes ice racing so addictive.

“With performance driving on ice,” Morelli says, “The sensitivity of your inputs is critical. Sometimes you need a little bit of throttle to rotate the car just a little bit more. The slightest amount of just too much throttle will spin the car right around. It becomes very clear very quickly if you’re not able to modulate and manage your inputs in incremental ways.”

Braking distances on ice, Morelli estimates, are a conservative three to four times those on dry pavement. If you don’t have ABS, you’ll learn even quicker to modulate the brake pedal and understand what’s actually happening underneath you. Morelli adds one more important point: “Under braking on ice, your ability to turn at the same time is severely challenged and considerably less than on dry payment.”

We’ve all gotten our kicks with power-on oversteer in the snow, but racing a rear-driver on ice is a recipe for perfecting your drifting skills. In rear-drive classes, oversteer is the fast way around and, just like your favorite rally drivers, you have to learn how to link corners together.

Drifting through a single corner is child’s play for many of us, but what happens when you encounter a right-left combination? Braking, steering, and throttle all have to be applied in precise amounts and timed to perfection. There’s nothing more rewarding than oversteering perfectly through a set of corners and, as I’ve learned firsthand, when you do screw it up, there’s always the snowbank there to catch you.

Relative to rear-drivers, front-wheel drive cars have always caught a little shade, particularly when it comes to performance driving. When it comes to ice racing, they have one significant advantage: traction.

With the entire drivetrain sitting above the driven wheels, an old VW Rabbit will accelerate quicker on ice than a BMW E30 sedan will (not that anyone will want to take their E30 ice racing, given current values). Trouble is, of course, that the Rabbit has a propensity to understeer when you roll back into the throttle, while a rear-wheel drive racer will deliver some delightful oversteer.

An old adage about racing with front-wheel drive is that the rear wheels are simply there to hold up the back of the car. In ice racing, that dynamic is amplified, giving drivers a completely different set of challenges and forcing them to hone a different set of skills. Don’t discount “wrong-wheel drive.” If you happen to have one hidden behind your garage, it might just make a decent, cost-effective ice racer.

When it comes to steering, less is more

When you’ve spent all spring, summer, and fall driving on the open road, you’re accustomed to the responsiveness of a rubber tire on asphalt. On ice, it’s a different game altogether. When you provoke understeer and the car no longer responds to steering inputs, what should you do? Your reflex will be to twist the wheel even further.

“This is probably the single greatest challenge for most people,” Morelli says. “Most times, [putting in more steering lock] will not solve their problem and will actually exacerbate it.

“If and when the car does gain traction, they’ve now got a much bigger problem because they’re not ahead of the car. Then, the front end will find some grip, but then the rear end is coming around … and they’ve got another set of problems.”

Drivers can avoid this scenario by anticipating what the car’s going to do, which leads us into our last tip.

“Most people don’t anticipate the inputs they make and don’t really understand what that input is likely to produce,” Morelli says.

“The consequences of that are that they’re not really driving the car anymore. They’re now a passenger and they’re along for the ride. We try to teach people how to drive the car so they can try to anticipate what the car is going to do in given circumstances before it actually happens.”

One of the things I like about Driveteq’s winter driving program is that it’s a full-service solution. Based at Pinestone Resort in Haliburton, Ontario, a solid two-hour drive from Toronto, it offers dining and accommodations so you can enjoy a relaxed weekend of performance driving on ice. If you don’t have a suitable car, its partners at SportCup can even supply you with an ice driving-ready Lexus IS 300 on studded tires for a complete arrive-and-drive experience.

Morelli revealed that if Mother Nature cooperates this winter, it may be able to hold the first Driveteq Winter Challenge ice racing event, which will be a spec series based on the SportCup Lexus IS 300. I’ve raced them a couple of times in the past and there’s nothing else I’d rather do this winter than race these cars.

What say you? Share your winter driving tips with us below. 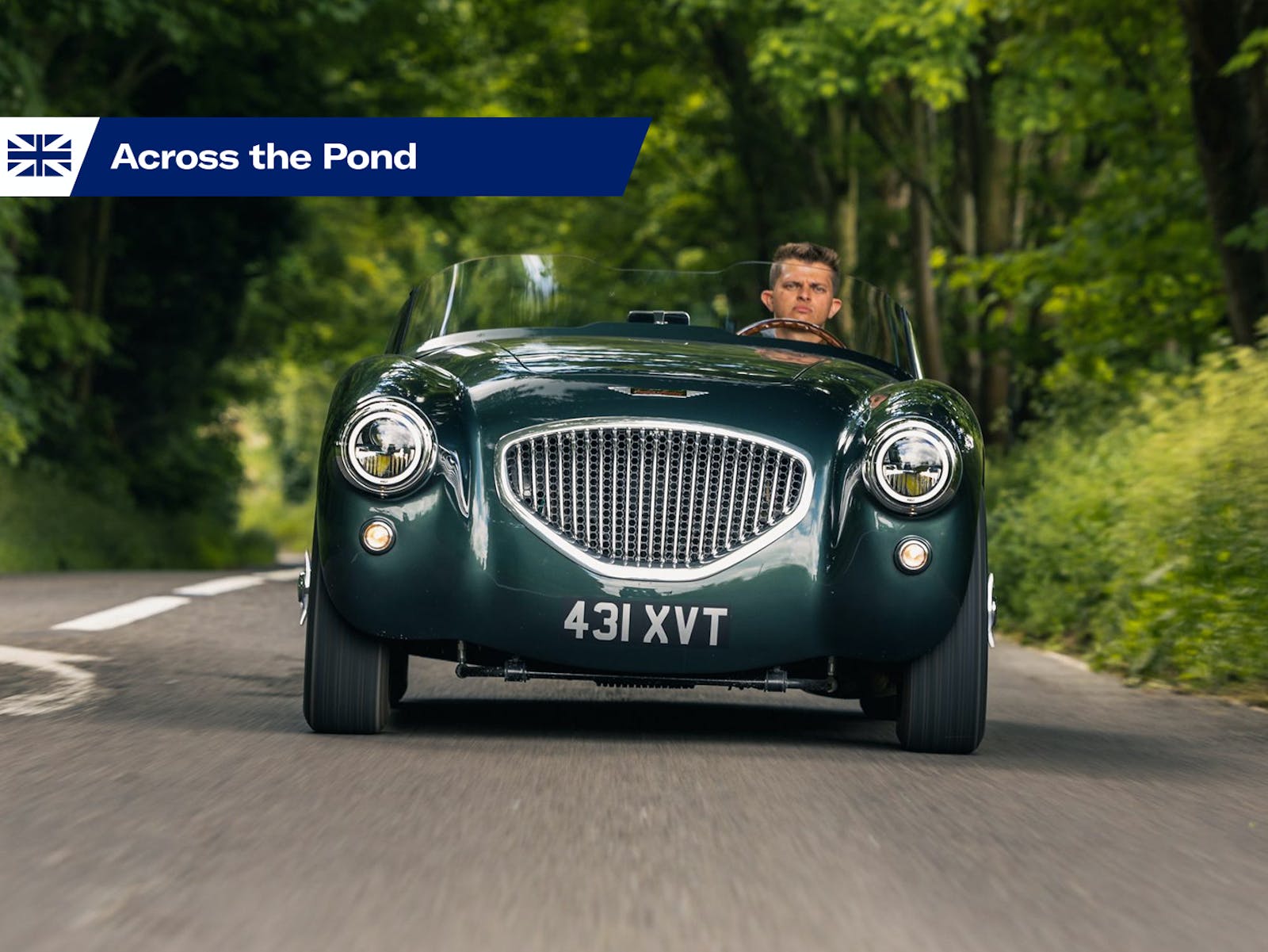 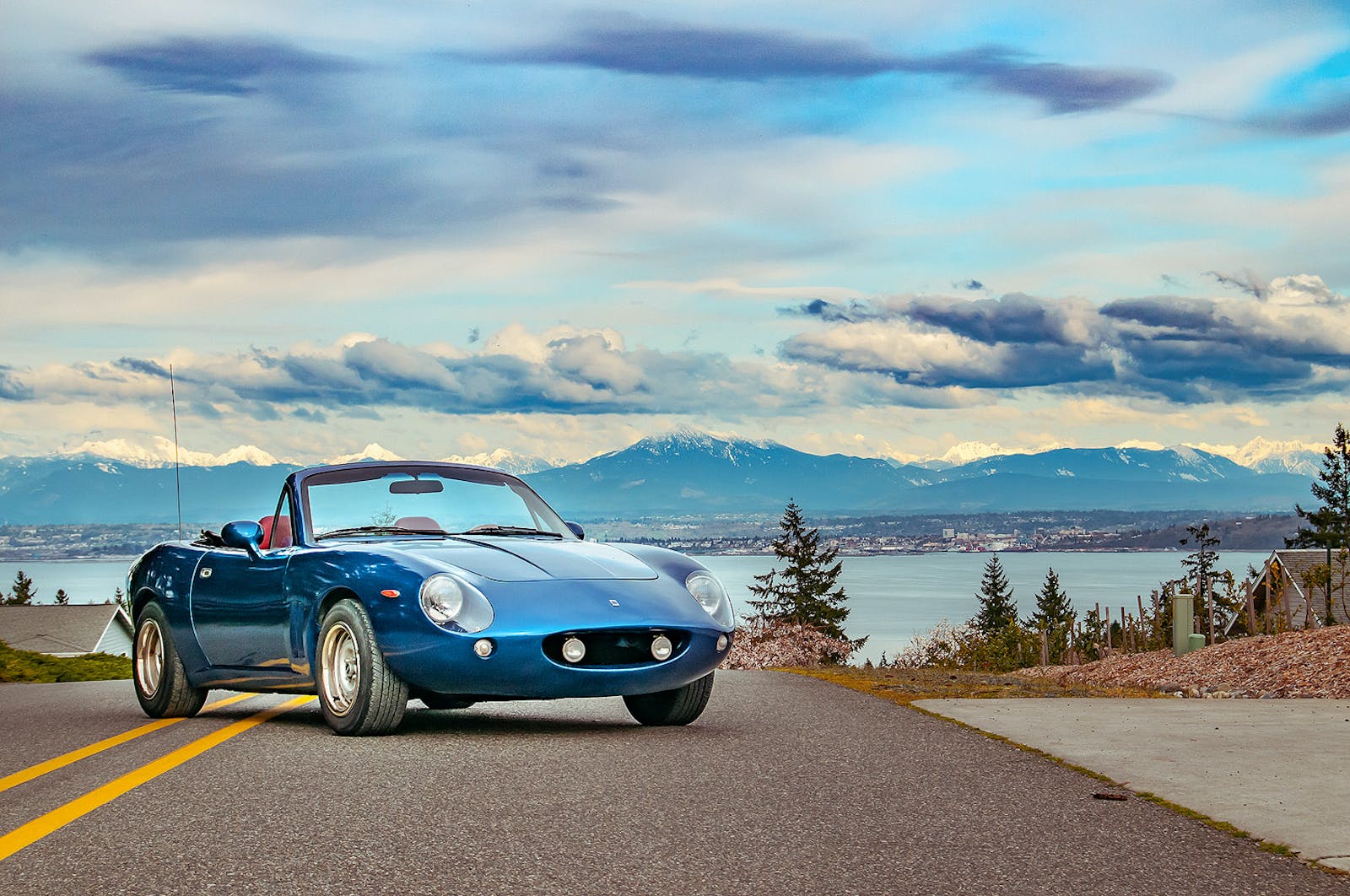