Each year, gearhead writers at media sites all around the world cook up fake future automotive products for April Fools’ to rile up their readers with either ridiculously good or shockingly bad news. You know the type: That erstwhile automatic-only enthusiast model will finally come with a manual, or vice versa. We initially thought about going down that path but realized most of our ideas were just daydreams about vehicles and variants we’d love to see in reality.

Rather than try to fool our readers, we decided to choose some dream scenarios for vehicles that could be—but likely never will. These five headlines are technically possible, but, for a variety of marketability reasons, highly unlikely to ever become reality.

GM builds a 6.6-liter gasoline engine for heavy-duty pickups that’s a lot like the 6.2-liter LT1 with which we’re familiar. The difference is that the 6.6 uses an iron block, about an extra quarter-inch of stroke (3.86 inches vs. 3.62 inches), lower compression, and a camshaft meant for low-end power. The result is a 401-hp stump-puller that makes towing a breeze. However, we can’t help but wonder what Chevrolet could do with that kind of displacement in a performance application.

The power curve from the C8 Corvette’s LT2 shows that power is still headed up as the engine hits its fuel cutoff, so unless Chevrolet ditches its variable displacement system to let the engine rev, a cam with more duration won’t add more power at the top end. However, toss that forged 3.86-inch-stroke crank and some new rods into the LT2 and suddenly you’ve got more torque available everywhere.

A 6.6-liter “LT3” should be able to produce around 500 lb-ft of torque and, assuming the same camshaft, hit its power peak at a lower engine speed. With just a bit more duration to raise the power peak to the same point the LT2’s, 550 hp doesn’t seem like much of a reach, even for a factory tune. That’s not a huge jump over the LT2’s 490, but such a mill could be perfect for a future Grand Sport. It would also make an ideal midpoint in the Camaro lineup in an SS396, between the standard 455-hp SS and the 650-hp ZL1.

Before someone mentions it, yes, we do realize the new 6.6-liter displaces more than 396 cubic inches, but the big-block displaced 402 cubic inches for the last three years it was produced and Chevy had no problem keeping the 396 moniker back then.

While the original R8 had a lovely 4.2-liter V-8, these days the V-10 reigns supreme in Audi’s handsome supercar. Of course, commonality with the also-excellent Lamborghini Huracán renders the R8 a little less special, so why not wedge into this wedge an Audi-exclusive engine with a signature sound unlike anything else on the road?

We’re naturally eyeing the RS3 and TT RS’ turbocharged 2.5-liter inline-five. 400 hp and 354 lb-ft of torque might sound like a notable drop from the V10’s 532 in the rear-drive R8 (and 602 in the AWD Performance model), but so what? No doubt some simple ECU tuning from a respected outfit like APR could coax a bunch more out of the inline-five. Naturally, we’d suggest rotating the transverse 2.5 TFSI engine so it fits longitudinally in the R8 behind the seats. And while a rear-drive model would reduce weight some, quattro is essential if our goal is to dream up an R8 with maximum Audi flavor.

Ford, GM, and Mopar have all developed fantastic off-roader pickups in the last decade that let buyers drive an offering off the dealership floor and head straight to the nearest desert or trail. The Raptor, ZR2, Power Wagon, TRX, and Gladiator Rubicon each tackle off-road terrain in a different manner, but what about fans of the performance street truck?

From the ’90s through the 2000s we had the Syclone, 454SS, Lightning, and SRT10, just to name a few. Today, even the average mid-range pickup has more power than many of those former performance models, but the most powerful engines only come in crew-cab configurations; Ford is the only manufacturer still offering a regular-cab, short-bed option. Ford offers its fabulous 5.0-liter V-8 in XL or XLT trim, so the performance is impressive, but the upscale grilles and fancy interior goodies of the upper trims are not.

This market segment is admittedly small, as regular-cab pickups are not as versatile as family-hauling crew-cabs, and those that want sporty handling and speed on a modest budget are served with the current crop of pony cars. Still, Ford has all of the pieces to offer a sport truck with the 450-hp 3.5-liter EcoBoost that was employed by the Raptor and F-150 Limited. If there were a way to package the requisite batteries in a short-wheelbase F-150, then the Lightning could also make a comeback as an electric-only performance model. It’s easy to see that a niche sport truck might not be worth the effort, but as enthusiasts, it’s tough to look at all of the options in the parts bin and not want to assemble a sport truck with the best pieces.

Subaru makes its bed, bringing Baja and Brat pickups back from the dead

When the Subaru Baja debuted in 2002 it was the only car-based sedan utility in the U.S. market. Initially available with odd cladding, the strange-looking vehicle was not a sales smash—yet its owners loved them. Wait, are we talking about the Pontiac Aztek here?

With Ford’s Courier set to be revealed shortly and Hyundai Santa Cruz soon due to challenge the Honda Ridgeline, unibody pickups might be a hot segment soon. The new Baja, which, like the original, could be built using the Outback, would be able to tackle any dirt road and have the capacity to haul four adults and their mountain bikes. A more compact version could be built on the Crosstrek platform. If it were a two-door, the pickup wouldn’t even need a different wheelbase or longer rear overhang. Build both, call the smaller one Brat, and the two-door model would literally sell in the dozens. The owners would be happy, though.

Chevrolet and GMC both offer half-ton pickups with a power-dense 3.0-liter inline-six turbodiesel that churns out 277 horsepower at 3750 rpm and 460 lb-ft of torque at just 1500. The six’s low-rpm power is impressive and allows the Silverado and Sierra to accelerate smoothly and briskly—almost as quickly as their 5.3-liter gasoline counterparts, which have much better peak power numbers.

The 3/4- and 1-ton Sierra and Silverado also have a Duramax, but it’s a 6.6-liter V-8. Output is 445 horsepower at 2800 rpm and 910 lb-ft of torque at 1600. Compared to HD diesel engines from just over a decade ago, it’s a monster. Compared to the inline-six, however, the Duramax V-8 has a narrow operating range between peak torque and peak power. Chalk that up to the inline engine’s DOHC architecture and a host of technological improvements.

What would happen if GM built a V-12 version of the 3.0-liter and created a 6.0-liter HD truck engine? Of course, engine development isn’t as simple as copy and pasting the CAD files, creating a mirror-image of the current cylinder head, and expecting it to work in heavy-duty applications. But just imagine the pulling power of a Duramax that made twice the torque and power of the 3.0-liter. At 920 lb-ft, the 10 lb-ft torque increase wouldn’t be noticeable; engineers could likely retain the current drivetrain without worrying about additional twist breaking U-joints. The 550+ horsepower, however, would be a huge towing win. The engine could stay in a lower gear longer, since the engine would have almost an extra 1000 rpm to work with. We admit this one is not at all feasible, but it’s fun to think about.

So far Mopar’s big, bad, blown V-8 is available in the Challenger, Charger, Grand Cherokee, Durango, and Ram. At the current rate, this headline might actually be true in about 18 months. We wouldn’t put it past those Hemi-huffing maniacs.

Are there any new vehicles that you would cook up, if given free rein with your favorite manufacturer? 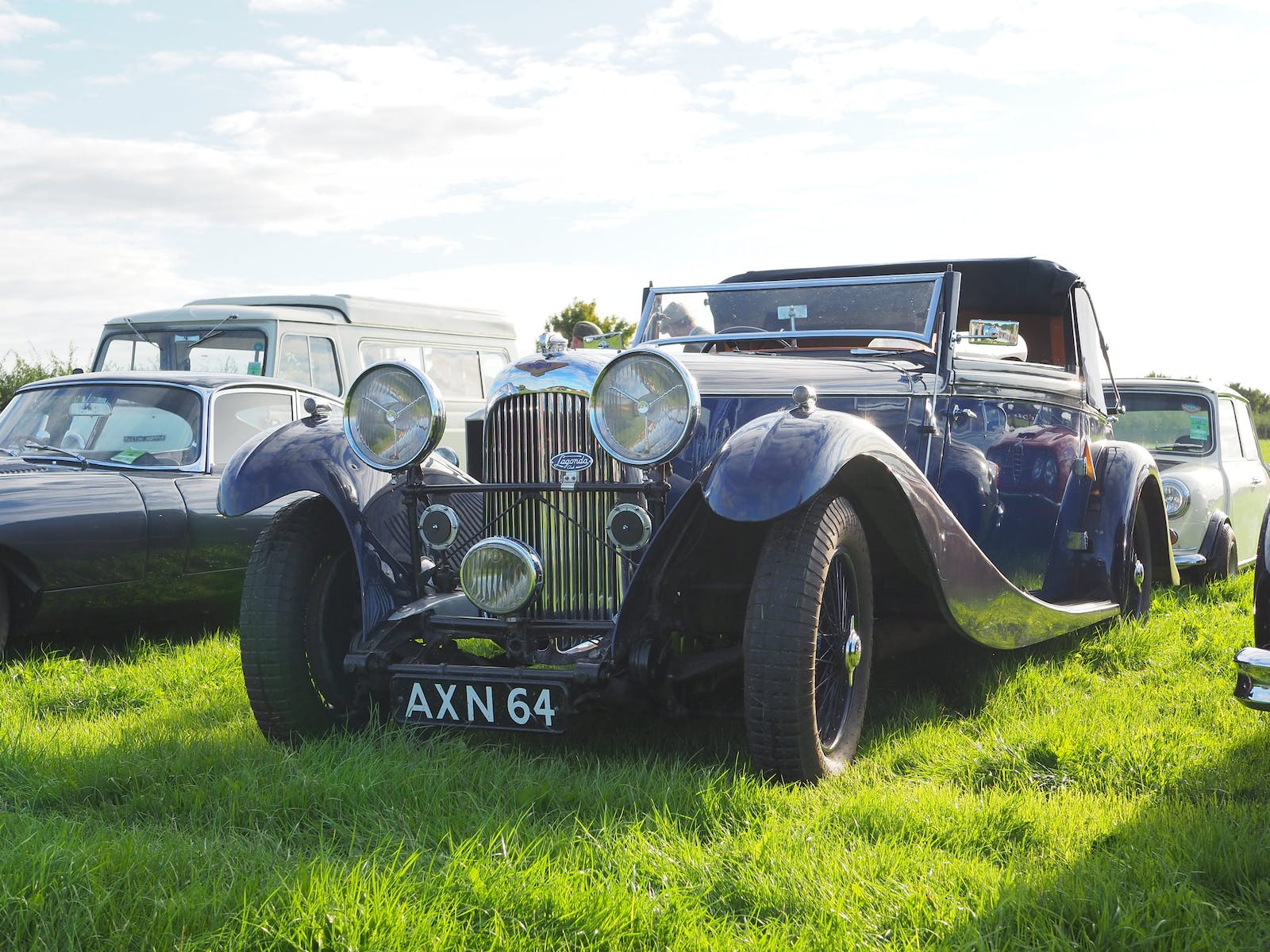 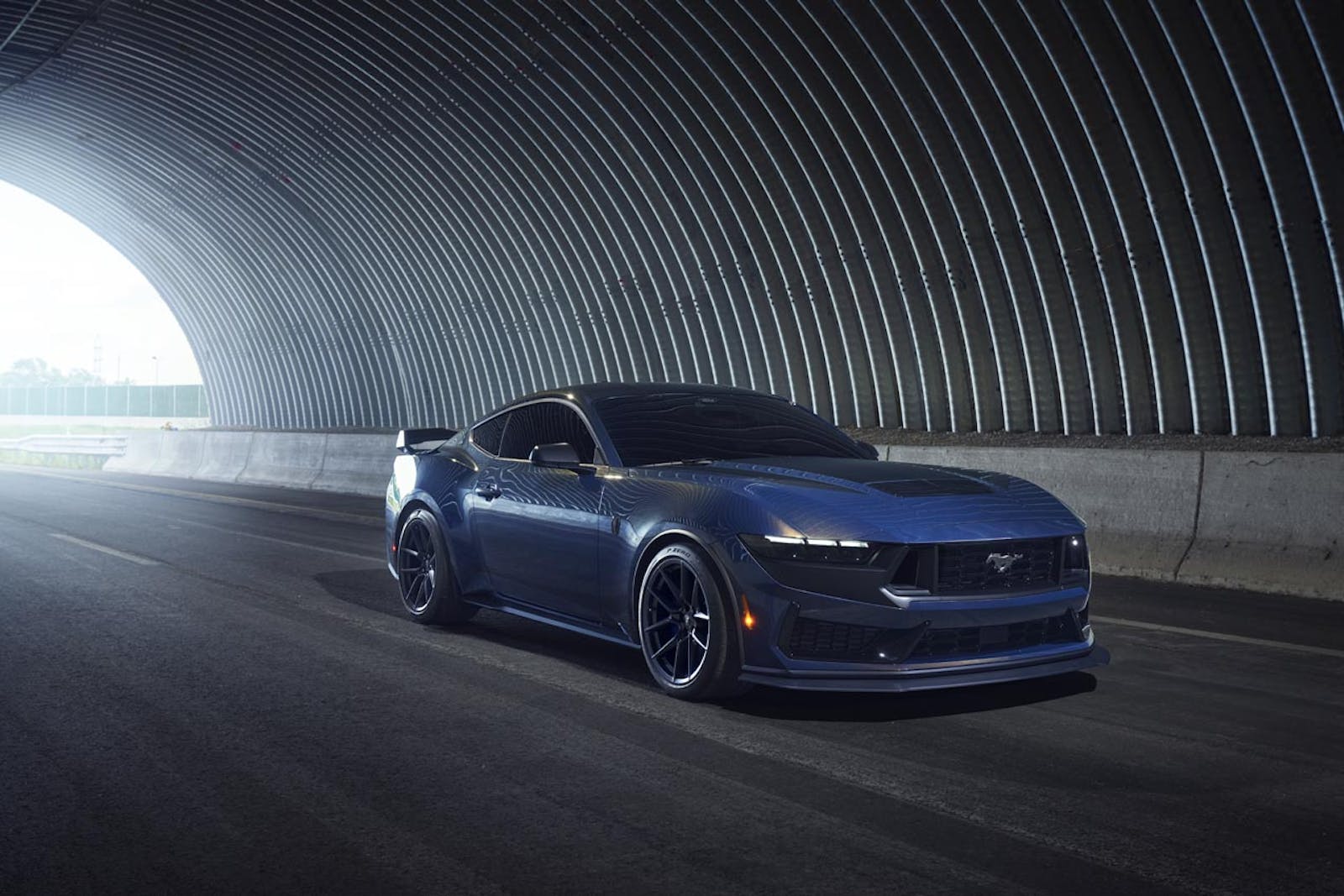 Get an insurance quote
A Story About
Share Leave comment
Read next Up next: In this long-lost interview, Steve McQueen talks “Le Mans,” “Bullitt,” and Gulf blue