For “The Lincoln Lawyer,” the land yacht is both office and memento

The character of Michael “Mickey” Haller was born at a Dodgers game on opening day in 2001. On that day, crime fiction writer Michael Connelly met a defense attorney named David Ogden. Ogden was unusual. He explained to Connelly that his car was his office, his trunk was his filing cabinet, and his chauffeur was a client working to pay his legal fees. He chose either a Lincoln Town Car or a Crown Vic to shuttle him from courthouse to courthouse. It was convenient, allowing him to serve clients all over Southern California, but he also liked that the car left an impression. Connelly left the game that day with a nascent idea for a character: a lawyer who works out of his backseat “not because he was a bad lawyer, but because he was good at it.”

Ten years later, Michael Connelly had written four novels about Haller (with two more to come), and the first had become a film: 2011’s The Lincoln Lawyer. In Brad Furman’s adaptation, Matthew McConaughey’s Haller works out of the backseat of an ’86 Lincoln Town Car, driven by his chauffeur and client, Earl (Laurence Mason). At first, Haller operates like a businessman; his relationships with his clients feel transactional, cynical, driven entirely by money. The Town Car serves as a traveling office, giving him freedom, mobility, and, with his preference for surface streets, the ability to enjoy the view. He even takes meetings in the car.

In a city like Los Angeles, where our hours are regularly wasted driving ourselves to and from work (and wherever else) in increasingly chaotic, maddening traffic, Mickey is living the dream. And he’s chosen the perfect car for it. Enormous and roomy, this luxury sedan is more land yacht than automobile. Built on the Ford Panther rear-wheel-drive platform, it was Ford’s longest car during its run from 1980 through 2011, and for a while there, it was the longest car you could buy, period. It’s a cruiser, a luxobarge that evokes the comfort and luxury of a limousine (and is often used as such), only smaller and more affordable. The Town Car was not a sports car—its 5.0-liter V-8 engine initially had only 130 hp, and by 1986, was up to 150 hp with port fuel injection. But it’s really about comfort, reliability, and a smooth ride. The car’s easy handling and cushy suspension combine for a floating sensation.

It’s about the way things used to be. And Mickey clearly takes great pride in his old-fashioned car, keeping it in pristine condition so that the Town Car looks cared for. His clients expect the same treatment.

The Lincoln Lawyer series, which premiered this year on Netflix, is an adaptation of Connelly’s second Haller novel, The Brass Verdict. It’s set several years after the film’s events, and Mickey has been through the wringer. He’s been humbled, grown a conscience. In the years since we last saw him, Mickey has married and divorced his office manager Lorna (Becki Newton), giving him another ex-wife, along with deputy district attorney Maggie (played by Neve Campbell). Eagle-eyed viewers will also note that Haller is no longer played by Matthew McConaughey but Manuel Garcia-Rulfo—great casting not just because Michael Connelly’s character is actually Mexican-American, but because the Mexican actor shares McConaughey’s easy charm.

A surfing accident nearly killed Haller, leaving him with a crippling addiction to painkillers and the inability to practice law. At the start of the show, a defense attorney and acquaintance of Mickey Haller named Jerry Vincent is murdered and has inexplicably willed his practice to Haller. This means new clients, a new (non-mobile) office, and new problems. Recently sober, the turn of events gives Mickey a much-needed second chance.

When Mickey returns to his beloved Lincolns, we know he’s beginning to come back to himself. They’ve been in storage, but Lorna commands him to get them out. “The Lincoln becomes you,” she says. Turns out, he has a stable of them, three Lincolns total. (Which may seem excessive, but in the books, Mickey has four Lincoln Town Cars.) The first he chooses is the most beautiful by far: a gorgeous blue ’63 Lincoln Continental convertible, outfitted with the classic NTGUILTY vanity plate. The boat-like, massive Lincoln often takes up most of the frame and looks wonderful onscreen and on the streets of Los Angeles. It’s his car of choice for the pilot, but it’s replaced in subsequent episodes by the roomier, newer Lincoln Navigator SUVs when he finds a new chauffeur: Jazz Raycole’s Izzy Letts, one of Mickey’s clients. (These cars have equally cheeky license plates: DISMISSD and IWALKEM.)

Like Mickey, the Lincoln Continental had its own comeback story. In 1958, Lincoln made massive changes to their offerings. It eschewed hand-built construction and invested in a new Wixom Assembly plant as well as a complete overhaul of its cars. The Mark III, IV, and V Continentals were now furnished with a new suspension, a new engine, new body, new transmission. The cars were huge (about a foot longer than rivals at Cadillac), but they were also loud and suffered some quality control issues as well as engine problems. It wasn’t the revamp the company had hoped for. Coupled with the catastrophe of the Edsel brand, Ford had not one but two massively pricey failures on its hands. During the 1958–1960 era, Lincoln lost millions. From 1953 through 1955, Lincolns actually sold better than the “improved” models of ’58 through ’60. For consumers, Lincoln just changed too much at once. To rebound and to succeed, they needed continuity.

Thankfully, 1961 was a pivotal year for Lincoln, marking the beginning of a slow but steady rise for the company. What was initially Elwood P. Engel’s redesign for a Thunderbird became the 1961 Lincoln Continental, an influential design as well as a legit competitor for the top rivals, Imperial and Cadillac. Though the increase in sales was modest, it was promising.

It wasn’t until 1963 that Ford’s market evaluations revealed that owner satisfaction had improved drastically, and that Cadillac and Imperial owners were swapping out their rides for Lincolns. Hard work paid off, and the Continental picked up an award from the Industrial Designers’ Institute and the Car Life 1961 Engineering Excellence Award, receiving critical acclaim for its aesthetic, its comfort, its reliability, its longevity. It was unique, too: no one else had a four-door convertible. (It’s also a historically significant American car, as Kennedy was assassinated in a ’61 Lincoln Continental in 1963.)

In the early ‘60s, “no change for the sake of change” had become Lincoln’s new motto. They made minor changes to the car’s look, and major changes in quality. One of their ads read: “Its classic look scarcely changes from year to year. But for 1963, you will experience several significant refinements for even greater comfort, safety, and roadability.” These cars came with exhaustive testing, even a two-year warranty, a novelty then that garnered quite a bit of attention. Lincoln was the first American car to offer a total-car warranty of either two years or 24,000 miles. While the Town Car of the 1980s offered similar performance in a less is more fashion, the Continental’s hefty 4950 curb weight still shuffled along nicely with 320 horsepower.

The Continental of the early ‘60s was also a quieter car—perfect if you’re using it as an office and need to be able to focus on your work. And they increased both leg and trunk space. So the fourth-generation Continental wasn’t just elegant, but pragmatic, too. When Chris Browning’s Teddy, a member of the motorcycle gang Road Saints as well as Mickey’s client, asks his lawyer how he likes his steak, Mickey says medium, and Teddy seems disturbed but unsurprised: “I figured. It’s practical, like a Lincoln.” But that’s not the only reason Mickey loves them.

Mickey uses the Navigators frequently to get around town with Izzy, but the Continental is special to him, and he drives it himself. After the pilot episode, the Continental disappears for a while but fortunately returns in the second half of the season. This is also when it becomes increasingly evident what a huge influence Mickey’s father was on him, as a lawyer and as a man. Mickey’s father was a legendary defense attorney, and he aspires to be as good as his father was. The Continental was his father’s car, a family heirloom (just like the Colt Woodsman .22 that got him into a little bit of trouble in the 2011 film). So the convertible is not just a stylish, elegant ride for Mickey, it’s also sentimental. He drives it to think, to clear his head, to regain his confidence. He has what might be his biggest breakthrough of this season in the car as he cruises along Hollywood Boulevard at night. It allows him to feel closer to his father, and it helps him answer an important question: what would his father do in his situation?

To be a good defense attorney, Mickey Haller has to scrutinize every aspect of his clients’ cases. “Being in motion helps me do that. I don’t know why,” he says. There is something undeniably clarifying and meditative about a long drive, whether you’re driving or being driven. Mickey explains to Izzy, “I like a long car ride. It’s where I get my best work done. No distractions, forward motion. Learned that from my dad.”

For Matthew McConaughey’s Haller, he picks a Lincoln because it’s practical, but the series digs deeper and reveals an emotional truth: that we often choose our favorite cars not for their functionality or out of pure pragmatism, but because of nostalgia. Our appreciation of cars is often intergenerational, passed down from parent to child, a family tradition. They remind us of important times, places, people, and they bring us closer to our loved ones. Mickey Haller’s relationship with his Lincoln speaks to something most gearheads relate to: the cars we love are more than machines. They’re mementos. 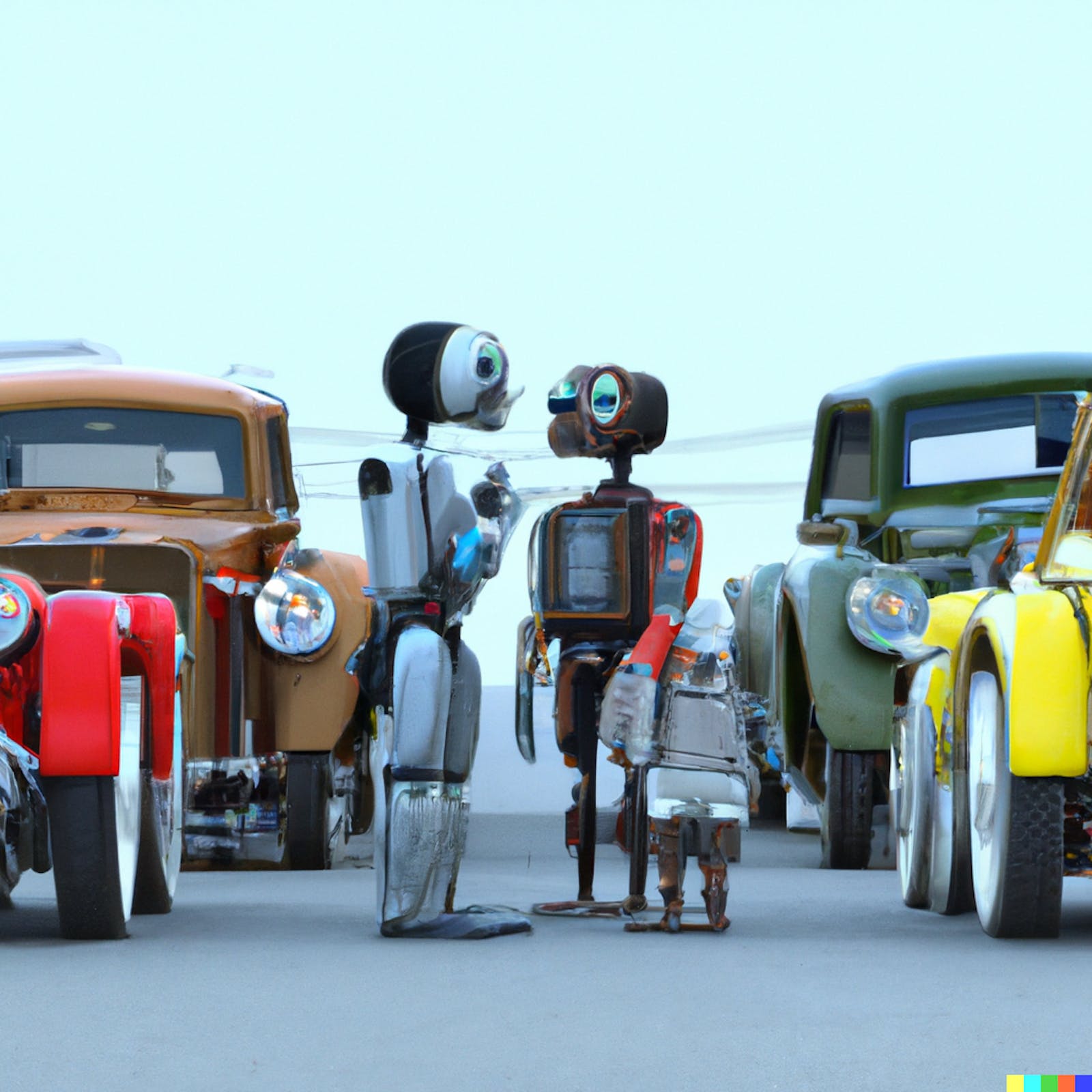 Get an insurance quote
A Story About
Leave comment
Read next Up next: 499P Le Mans racer is Ferrari’s “dream come true”

We really enjoyed the Netflix series of Lincoln Lawyer. Any idea if another season is in the works?

Seems like an interesting series. I don’t have a Netflix subscription so I may have to wait on this one a while.

Interesting since the Amazon series Bosch is based on a detective who is Haller’s half brother. Will the Lincoln Lawyer ever include an episode that includes Harry Bosch?

A couple of Connelly’s novels have, whether Lincoln Lawyer or Bosch series. I don’t believe there are any that have included Renee Ballard, but anything is possible.

You don’t have to be “eagle-eyed” to notice a change in casting of the lead character. That being said, I’m ready to check this one out. Of course, I’ll start with the movie. I’m not a Ford fan, but the Mark II was one of the most beautiful cars Detroit ever produced. Any drama with a car as a character is for me.

Brilliant literary series, as is Mr. Connelly’s main literary character, Harry Bosch (step-brother to Haller). And I concur on the nostalgia as I have a c3 Corvette handed down from my father. The Coke bottle lines, the leather interior, the pop-up headlights are all nostalgic from my childhood, and this is nostalgia is the primary reason I maintain her. It’s not as enjoyable to ride in as i dont quite fit; too tall. I only fit in the driver’s seat with the smoked-glass t-tops otherwise it’s a cramped fitting.