7 of our favorite movie cars

We love to trace the myriad ways that cars (and trucks!) permeate our culture and our lives. When we’re not documenting our own adventures or analyzing the collector market or swapping an engine in the garage, we’re digging through the never-ending treasure trove of automotive movies. Though we’ve unearthed some obscure titles in recent months, our own Brad Phillips and Colin Comer decided to spend some time debating the all-time greats movie cars in a recent livestream.

Cars can be escape vehicles, personal champions (rather bloodthirsty ones, in Christine’s case), or symbols for causes—just take a glance at 1976’s Gumball Rally protesting the national 55-mph speed limit. They recreate days gone by for those who never lived through them: some of our favorite flicks conjure up the muscle car days of air shocks and Cragar wheels, showing what these cars looked like rolling down the road, not simply sitting on a concours lawn.

Our obsession with movie cars even follows them off-set. What happened to the hero car? Was it smashed, sold, replicated a thousand times? Did a mysterious curse seem to dog its tracks? Our picks below have triggered all these questions and more. Dig into this list and see whether your on-screen automotive hero made the list. If you’re left wanting more, check out the full-length, hour-long livestream for more cars than we could cram into this list!

This first candidate makes both Comer and Phillip’s lists. “How magical would it be to buy a cruddy old car and have it restore itself in front of your eyes?” says Comer. “You wouldn’t have to do any body work or paint work or anything!” It’s abundantly clear this sinister, nasty car only likes one person in the world—the guy driving it—but a car defending its owner against their enemies has a certain ring of justice and camaraderie to it.

However, the spooky factor managed to follow the actual hero car of Christine off the set. “They gave the car away in a contest after the movie was over,” Comer says, “and the guy who won it had all this mysterious, bad stuff happen in his house.” The same day the two-door Fury parked in his driveway, the new owner’s water heater exploded.

The AMC Pacer in Wayne’s World

On a more lighthearted note, we present the AMC Pacer from the wonderfully wacky 1990s flick Wayne’s World. We love to have fun with cheap, funky cars—just check out the Concours d’Lemons the next time we all get to congregate at a major concours. Even the craptastic “Mirthmobile” has a spot in our hearts, and this flame-decaled Pacer was type-cast for the escapades of Wayne and Garth. They don’t need a Countach and a country club, like one less-wholesome owner on this list; they just hop in a Pacer and cruise around at night, eating red rope licorice and headbanging to Bohemian Rhapsody. We approve entirely.

Mercedes Benz 600s were owned by a cadre of terrible people, prompting Comer and Phillips to speculate on what percentage of these imposing saloons had bulletproof glass installed to protect the dictators and mobsters they so frequently carried. The Witches of Eastwick, sadly, does little to redeem that portrait of 600 owners, but the car itself is magnificent. It packs a 6.3-liter motor and a load of presence, and with Jack Nicholson as the Devil himself behind the wheel, it’s positively menacing.

Despite its spark-filled antics in at the hands of the Devil, this car has been to several historic rallies and currently resides at the Petersen Museum. “It still exists, it’s well-worn, and it’s so cool to see it out there in the real world,” Phillips says.

You think you hate it now—wait ’til you drive it!

While some of these movies depict dream-worthy scenarios (and a few nightmarish ones), Vacation keeps things real. Sometimes painfully so, from the envious glance at a passing Ferrari to an infinitely frustrating used-car dealership experience.

The Wagon Queen Family Truckster spawned a flock of replicas, including one example built by a family who then recreated the movie in a journey across America. The family’s last name? Griswold, of course.

“It was hard to pick between a split-bumper Camaro and a Ferrari Daytona Spyder,” Comer admits, “but I couldn’t stray from the 427 Cobra.” For Comer, The Gumball Rally ranks among the greatest car films of all time. That’s not an empty claim, either—Comer’s owned the very car shown in this screenshot. “This is still how it looks today—same color and everything,” he says. The Gumball Cobra’s current owner is a friend of Comer’s, and, since the 427’s nose got slightly banged during the water shots in L.A., it’s missing its proper fog lights. The Cobra has an advocate in Comer, however, who says he’s bugging his friend to put the correct “dragon” lights right in the nose. Appropriate fog lights aside, we think that owner’s a pretty lucky guy …

“You’ll notice I say Mach 1, not Boss 429,” Phillips points out when introducing John Wick’s Mustang. Though a Russian mobster does refer to the action hero’s beloved ride as a Boss 429, Phillips insists that this was a deliberate mistake written into the script, one that John Wick simply does not deign to correct. (Russian mobsters, you know.) We’ve noticed some anachronisms about this car’s exterior before—our best guess is that it’s a Mach 1 dressed up to look like a Boss 429.

In either case, the car’s persona is boosted by the actor who drives it—Keanu Reeves is a genuine gearhead. Motorcycles are his particular passion, and he’s owned everything from a Kawasaki 600 Enduro and a Suzuki GSX-R750 to a Harley Shovelhead and a Moto Guzzi.

“As a lover of automotive history and preservation … I’m realizing none of my picks got out of any film unscathed,” Phillips says. However, he and Comer agree that, while Wick’s Mustang takes a lot of abuse, it’s portrayed as a loyal companion that gets him out of many scrapes.

“This movie is absolutely deplorable and depraved and one of my favorite films ever created,” Phillips says of 2013’s The Wolf of Wall Street. While we roundly condemn the anti-hero’s behavior while driving—or should we say, smashing—this 1989 25th Anniversary Edition Lamborghini Countach, we can have a laugh or two at the movie’s expense. Phillips says he liked the early Countaches so much and thought these 25th Anniversary cars were so aesthetically over-wrought, that he was happy for such a garish example to be the victim of Jordan Belfort’s exceedingly impaired judgment.

Fun fact: This an actual Countach, not a stunt car, but the production crew was very careful not to total it. Though we don’t know its current whereabouts, the spaceframe wasn’t damaged and it could have been restored. Got any clues? Let us know! 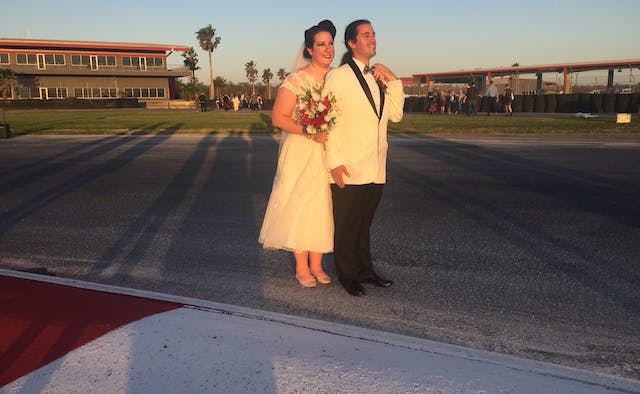 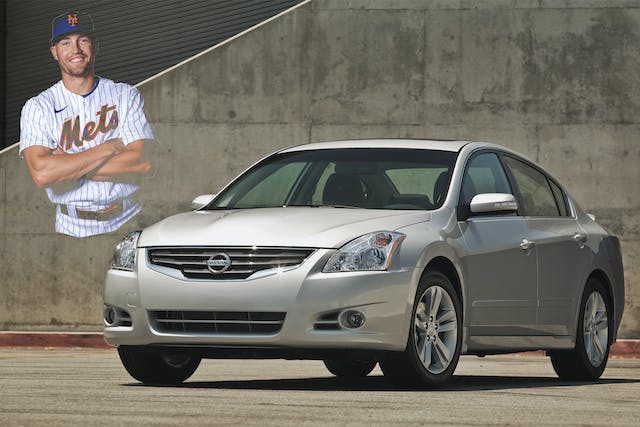 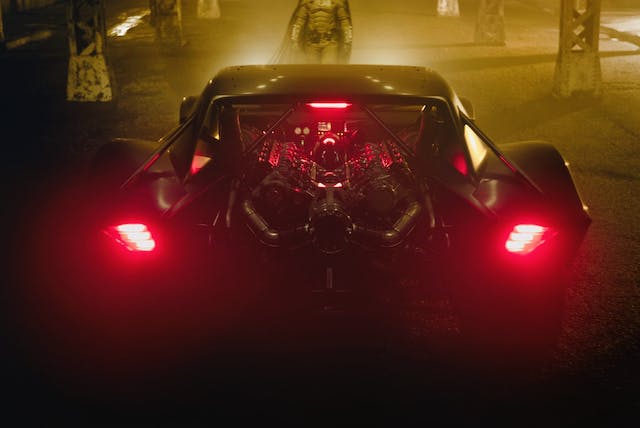 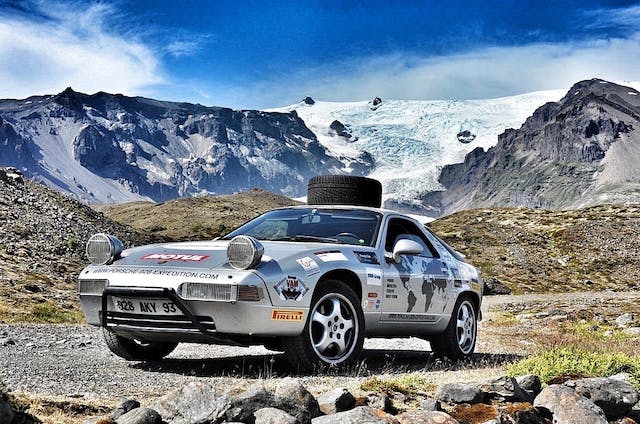 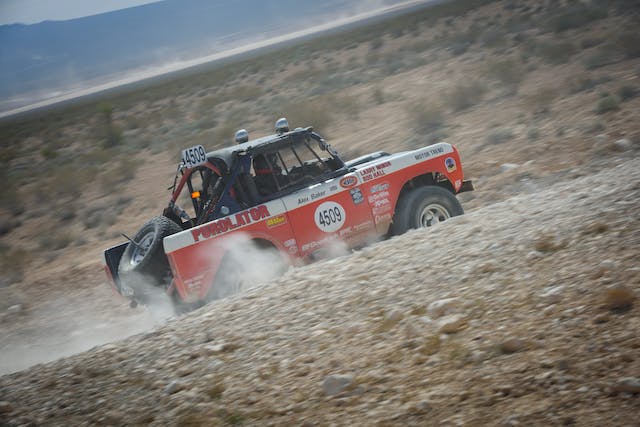