Hatchback? Shooting brake? Wagon? How best to describe the Volvo 1800ES? The truth is it’s all of those and more, and it set a unique style that the Swedes loved so much they tried repeatedly to emulate it for decades afterwards.

The P1800 coupe had already been on sale for almost ten years when Volvo had a brilliant idea to extend its life: Extend its roofline and turn into a practical car for outdoorsy types.

The execution was elegant, somehow keeping the P1800’s fine rear fins and integrating a wonderful one-piece glass tailgate. The rear seats folded flat to provide a space large enough for golf clubs, skis, or perhaps even a small boat (we suspect the one below is inflatable).

Unveiled in the fall of 1971, production began in 1972 when it was built alongside its coupe cousin, with which it shared running gear. That meant a trusty 127-hp, fuel-injected four-cylinder displacing 1986 cc and mated either to a four-speed manual transmission or a three-speed column-shift auto. All configurations were rear-wheel-drive.

The design was born out of a competition between Italians Sergio Coggiola and Pietro Frua, who had overseen the original P1800 design at Ghia, and in-house designer Jan Wilsgaard. Wilsgaard’s approach was more conservative, but it ultimately won out.

The theme, though, was one to which Volvo would return again and again.

In 1979 Volvo once more sought Italian inspiration for the striking 343-based Tundra. Designed by Bertone, this three-door coupe was most notable for its extensive use of glass—especially the rear tailgate, which was a single piece—just like the 1800 ES.

The Swedes’ next concept would go further, updating the long-roof approach in a small car designed around ultimate efficiency. The 1983 LCP (Light Component Project) 2000 was a wedgy hatchback designed to carry up to four people, achieve an equivalent of 58.8 miles per gallon (U.S.) and weigh less than 1543 pounds. To achieve these amazing figures, engineers made liberal use of exotic materials such as carbon fiber, aluminum, and magnesium. Volvo even developed a special engine for the project: a 50-hp, 1.3-liter three-cylinder with a magnesium block. The giant glass hatchback provided access to a rear-facing bench seat, maximizing the car’s interior space as well.

The LCP might have been too ambitious for production, but its styling certainly influenced the 480 ES, which made its debut two years later. Volvo’s first front-wheel-drive car was a sporty little number, with pop-up headlamps (obligatory for the ’80s), two doors, a lengthy roof, and a near-vertical glass hatch. Power came from a 1.7-liter four-cylinder engine offering 108 hp, while a turbocharged version came later, boosting power to 118 hp. Volvo built the 480ES in the DAF factory in the Netherlands and had big plans for it, aiming to sell 25,000 cars a year, but thanks to a decision not to import to the U.S.A the final numbers were rather lower. In a decade of production 76,375 cars were built by the time the last one rolled off the line in 1995.

Volvo was undeterred by the 480 ES’ lukewarm success and determined to have one last go. Making its debut at the Detroit Auto Show in 1991 was the Volvo Safety Concept Car, which was packed with electronic driver aids and crash protection features but with styling that still managed to harked back to the brand’s best shooting brakes.

Over the next five years Volvo would further develop the SCC, even releasing a racy, nitrous-enhanced concept at the 2006 SEMA show. The production version, called the C30, appeared late in 2006 with a range of diesel and gasoline engines, including a rather exciting 2.5-liter turbocharged T5 version. 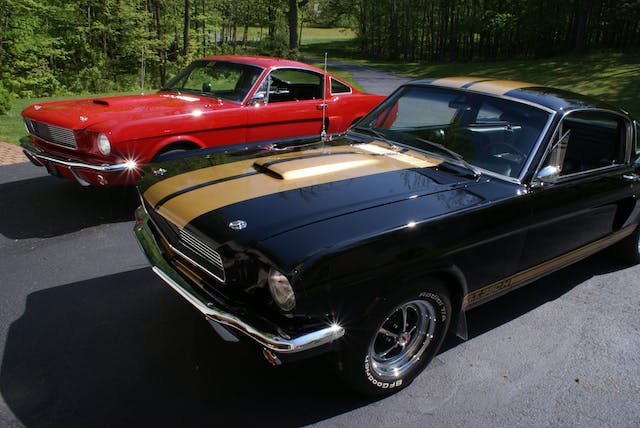