Much has been written of President Joe Biden being a “real car guy,” with his love for Corvettes and his habit of doing acceleration tests with new EVs. But he’s far from the first politician with an affinity for automobiles. Harry Truman was a Chrysler man. Trump collects expensive exotics. Ronald Reagan had multiple Jeeps and a Subaru Brat at his California ranch. Lyndon B. Johnson famously loved driving his Amphicar into lakes without telling his passengers beforehand that it was also a boat.

Of course, cars are also political. Richard Nixon touted owning an Oldsmobile to bolster his middle-class credentials. Ron Paul used his Chevette to protest Tip O’Neill’s personal use of taxpayer-funded, “free” gasoline. John McCain took heat on the campaign trail for owning foreign cars. Not to mention, there has been constant fighting over government regulation of the automobile essentially since its invention.

But for a brief period of time, there was one vehicle that almost all politicians, regardless of party, seemingly couldn’t get enough of: the Ford Escape Hybrid.

Revealed at the 2004 New York Auto Show as a 2005 model, the Escape Hybrid made history as the first hybrid SUV and as the first hybrid vehicle built in America (unless you count the 2004 Silverado/Sierra mild hybrids). With a 2.3-liter Atkinson cycle four-cylinder, a 75-kW electric motor, a nickel-metal hydride battery, and an “eCVT,” the front-wheel-drive Escape Hybrid achieved an EPA miles-per-gallon rating of 36 city/31 highway. These numbers were significantly higher than those of the conventional Escape and overall incredible for any SUV at the time. (MPG ratings for all vehicles fell significantly after the EPA readjusted its testing methods in 2008.)

As it happened, Ford’s timing was perfect. Gas prices were on the rise, and Al Gore’s famous (or infamous) climate-change documentary, An Inconvenient Truth, would debut the following year. Environmentalism was having a moment, and socially in-the-know people were all about demonstrating their “green” credentials, regardless of whether they actually lived them out. Toyota’s groundbreaking Prius hybrid had become a bit of a status symbol with eco-conscious types, and there was public sentiment that American car companies were stuck in the dark ages building gas guzzlers and would never catch up.

Now, not only had Ford beaten GM and Chrysler to build the first American hybrid, it had also managed to wrap the technology in mini-SUV styling that looked way cooler than that of the Prius. (Nevermind that the Prius got considerably better gas mileage.) Ford did license a number of patents from Toyota to expedite the development of the Escape Hybrid. However, lest anyone accuse the Blue Oval of reverse-engineering its powertrains, the majority of the engineering was still done by Ford and its suppliers.

The Escape Hybrid went on to win the 2005 North American Truck of the Year, and a few years later in a “peak-2000s pop culture” moment, Ford gave away Escape Hybrids to American Idol contestants. Even Kermit the Frog endorsed it during a Super Bowl commercial:

Despite its popularity in Hollywood, the Escape found even more success in politics. Ford showed off an early prototype to President George W. Bush at the White House before the SUV even went on sale. The Bush administration at least put some effort into environmental issues, and reducing U.S. dependence on foreign oil became a big talking point. Several years later, President Bush even toured the Claycomo, Missouri, plant where Escape Hybrids were built.

In 2007, Mitt Romney announced his presidential campaign while standing in front of a Ford Escape Hybrid and his father’s 1964 Rambler Classic. As a son of the former president of American Motors Corporation, Romney mentioned their shared love of cars and his father’s passion for fuel efficiency. He drew parallels between the old Rambler and the new Ford, praising the innovative hybrid technology and calling it “the first giant step away from our dependence on the gasoline engine.”

While Romney posed with an Escape, other politicians went a step further. By 2007, no fewer than three presidential candidates claimed to own Escape Hybrids, including Hillary Clinton, Christopher Dodd, and John Edwards. By this time, Ford’s Mercury division also offered a hybrid version of the Escape’s twin, the Mariner, and former President Bill Clinton had a custom version delivered.

Other candidates owned Toyota Prius or Honda Civic hybrids, but as the only American-built options, the Escape and Mariner were the clear choice for savvy politicians. Soon a rising star named Barack Obama jumped on the bandwagon, after he caught flak for criticizing the inefficiency of American-made cars while simultaneously owning a Chrysler 300C. He quickly traded the Hemi V-8 for the electrically assisted four-pot of the Escape Hybrid, and later his old car showed up on eBay for a cool $1 million.

The Escape Hybrid continued to attract attention as Ford welcomed politicians for factory tours and teased prototypes of a plug-in hybrid variant. But perhaps its most critical public showing came in December of 2008, when years of mismanagement, combined with global financial crisis, brought the American auto industry to its knees, and the CEOs of GM, Ford, and Chrysler were reduced to begging the U.S. Congress for money.

Their first trip to D.C. a month before had been a PR fiasco, as the executives’ use of private jets to travel to and from Detroit sparked outrage among representatives and voters alike. The irony of car company CEOs spending thousands on luxury air travel while requesting billions in public funds was not lost on lawmakers. But GM and Chrysler desperately needed help, and while Ford claimed to be in better financial shape, it wasn’t going to turn down government support, either.

So for their second trip, the executives and their entourages drove in caravans of the most fuel-efficient vehicles each company could muster. Outside the Capitol building, Chrysler CEO Bob Nardelli was dropped off in a prototype Jeep Wrangler plug-in hybrid, GM’s Rick Wagoner drove up in a modified Chevy Cruze with a Chevy Volt powertrain, and Ford’s Alan Mulally stepped out of a trusty Ford Escape Hybrid.

It’s worth noting that the cars with which they greeted Congress weren’t exactly the same cars in which they made the journey, as Rick Wagoner actually traveled most of the way in a Malibu Hybrid, and some very unfortunate GM employees had to spend the whole trip in bare-bones Chevy Cobalt XFE.  Regardless, the automakers’ dog-and-pony show worked, and the U.S. Government eventually bailed out GM and Chrysler and gave Ford a hefty loan.

However, the Ford Escape Hybrid’s time in the sun was coming to a close.  The rest of the Escape line remained strong sellers, but after a few years on the market, the novelty of the Hybrid version began to fade.  Competitors had launched their own hybrid SUVs, and gas prices were going back down.  The Chevy Volt that GM had shown off that day in Washington D.C. had become the new darling of environmentally conscious celebrities and politicians, with President Barack Obama himself promising to buy one (although he never did).

But unlike the Escape, the Volt soon became a political litmus test. Democrats claimed it was a triumph of American engineering that would solve climate change and provide millions of jobs; Republicans claimed it was a failed product of government overreach that would either electrocute its owners or leave them stranded. Of course, none of those assertions were accurate, and since then people’s opinions on the auto industry have only further served to divide our increasingly polarized country.

The Escape Hybrid disappeared after the 2012 model year and didn’t return until 2020. After years of teasing prototypes, Ford finally offers a plug-in hybrid version, but now there are plenty of SUVs with that feature. As for environmental virtue-signaling, a growing number of full EVs have displaced hybrids as the chic transportation choice for the eco-conscious.

Looking back, that groundbreaking little crossover did have real substance behind all the greenwashing. The hybrid powertrain proved to be efficient and reliable. Ford gained legitimate experience with the technology, which no doubt helped lead to its current success with vehicles like the Maverick, Mustang Mach-E, and F-150 Lightning. Perhaps Ford also learned some valuable lessons in image-management, as its public-relations team has done a bang-up job rebranding it as a green-thinking company, despite keeping the company in the black by selling a lot of trucks that will never see north of 22 mpg.

That period in the mid-2000s was truly a unique time. Although they disagreed on how to address it, both political parties at least pretended to care about climate change and alternative energy. Part of an effective political strategy included driving the right car, and due to a very specific confluence of events, the Ford Escape Hybrid was the only one that fit the bill. It was every politician’s dream car. They could tout it as a brilliant combination of capitalist innovation and government encouragement, wrapped up with a “Made in America” bow. How could anyone find fault with owning an American-made, union-built, hybrid SUV?  Like baseball or apple pie, it was appealing enough for most people to enjoy yet inoffensive enough not to cause controversy. For a brief shining moment, the Ford Escape Hybrid brought us together. Perhaps someday another vehicle can do that again. 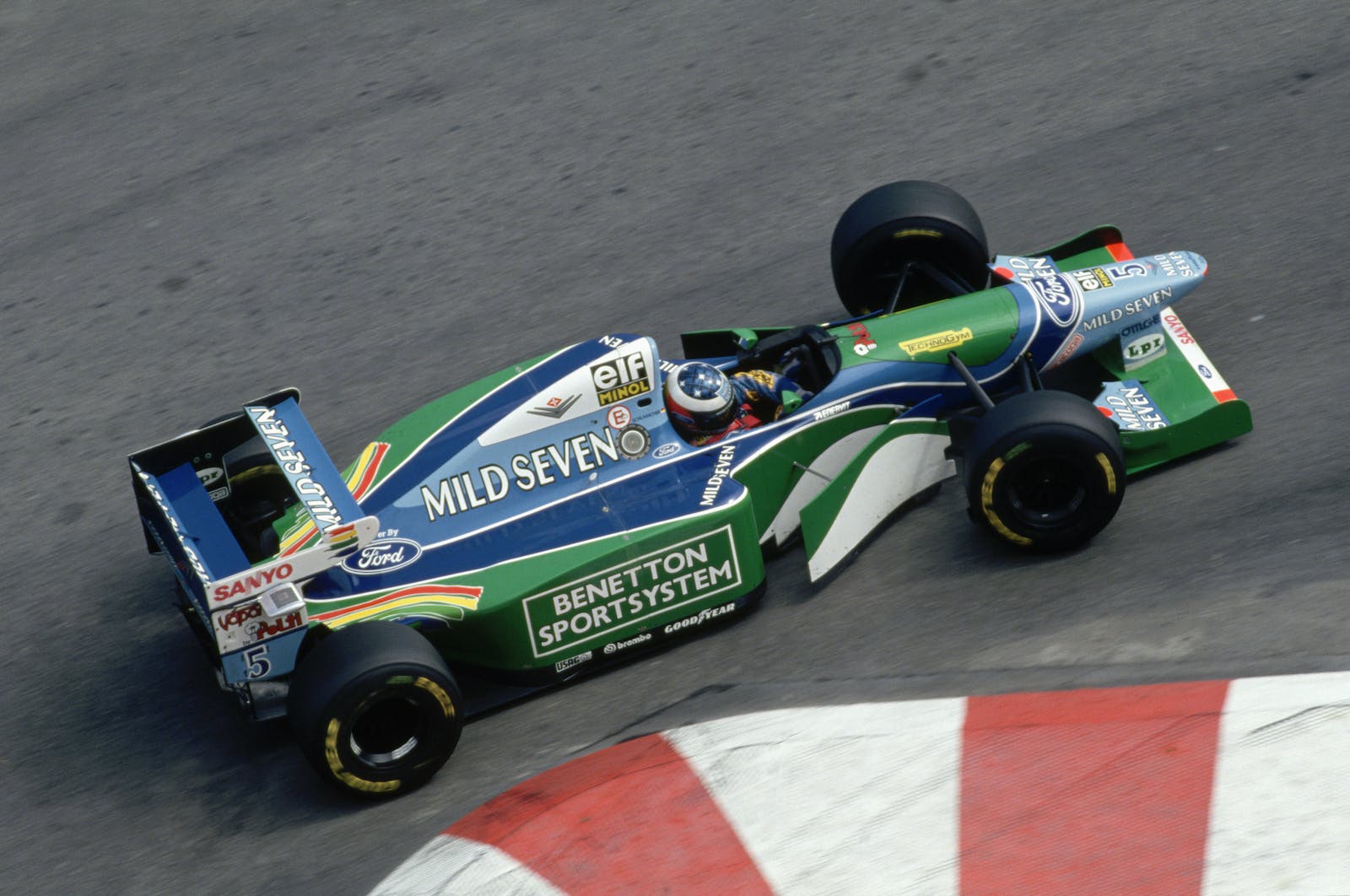 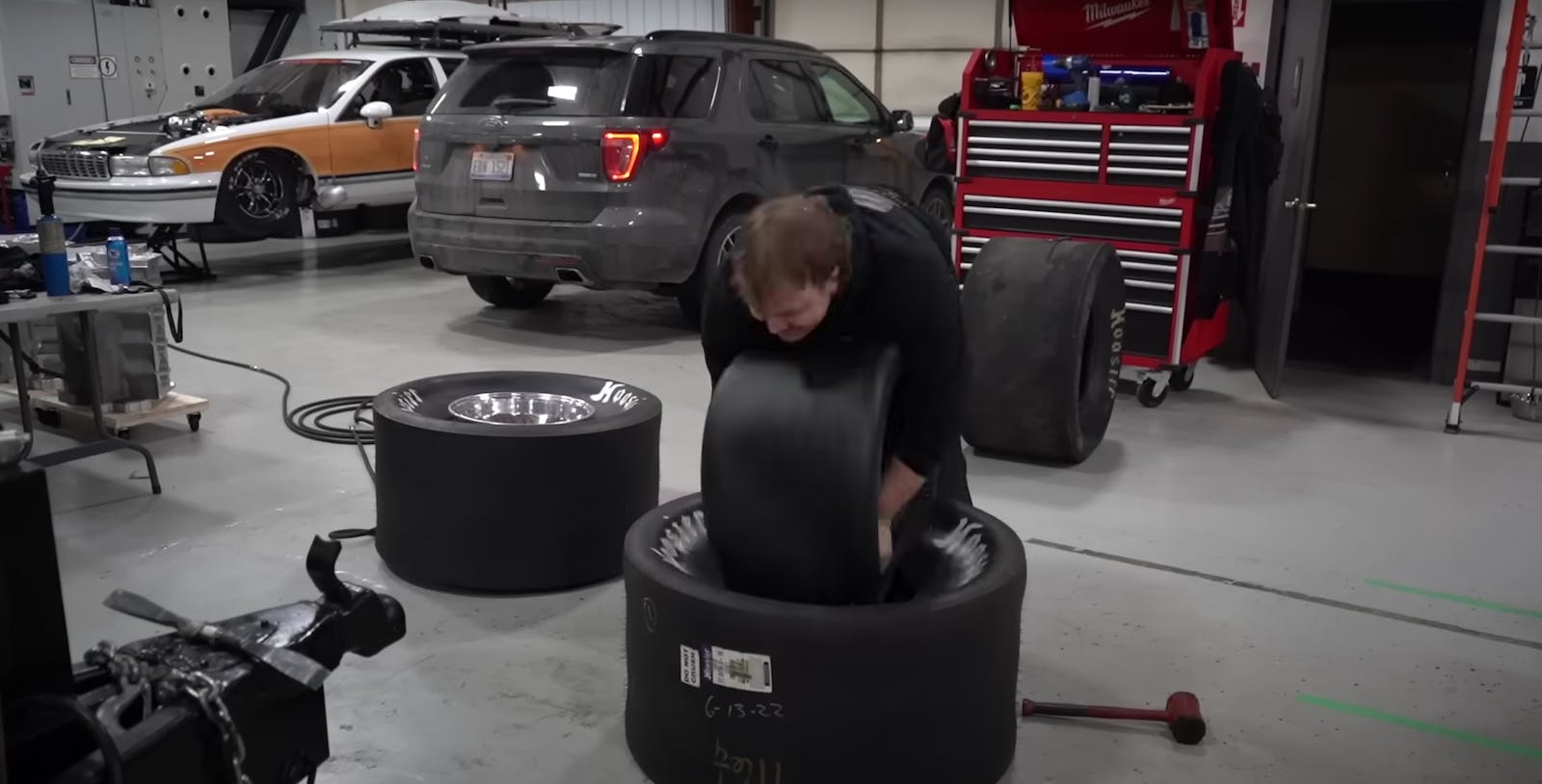 Get an insurance quote
A Story About
Leave comment
Read next Up next: DeTomaso’s rare, forgotten Vallelunga was the Pantera’s rough draft