There’s a chance you, dear reader, haven’t driven a Tesla yet, but odds are you’ve spent some time in a Ford F-series. The Ford F-150 is all things to all people; the market leader in a field of also-rans. This YouTube of vehicles offers a seemingly endless combination of bed, powertrain, interior and technology options to suit almost every need, and there’s always a dose of YouTubian controversy from onlookers or know-it-all media types. No matter, it was only a matter of time before the ubiquitous Ford broadened its reach to the realm of (the subscription only) YouTube TV, that ivory tower where EV automakers enjoy relative comfort and more than a little smugness.

The game has now officially changed, or at least taken a turn. Established EV brands no longer have safety and exclusivity in their premium business model; they must do battle with the vehicle they wanted to emulate. (Well, at least in terms of sales volumes.) But that battle isn’t happening on their timeline, as the best selling vehicle for 40-something years is now playing on their turf, at prices ranging from reasonable ($39,974) to top-tier luxurious ($90,000+).

Before this YouTube metaphor goes completely off the rails, let’s just admit the Lightning EV isn’t for everyone. It’s for almost everyone, and I’ll prove it to you. The Lightning ensures the F-series continues to attract more followers across the buying spectrum. Once you try it, you appreciate it. Heck, you might even get sucked into a YouTube-worthy wormhole and convince yourself you need to buy one.

My time with the F-150 Lightning at Ford’s press event in San Antonio, TX involved every trim level on a variety of roads in the Texas Hill Country. Most obvious is the stunning power output, as even the smaller 98-kWh battery pack has 452 horsepower, with a range of 230 miles. The bigger battery (131-kWh, 320 mile range) has 580 ponies, but you get 775 ft-lbs regardless of which battery you choose, and four wheel drive with an e-locking rear differential as standard equipment. Acceleration to 60mph happens in a claimed 5 (small battery) or “mid 4” (big battery) seconds, which seems close to the truth. Acceleration times when towing a 9500lb trailer were disturbingly quick, so there’s no doubt that motivating the 2,235 pounds of maximum available in-bed hauling capability will be trivial. But what truly amazes here is the handling, NVH control, and general attention to detail.

The Lightning ain’t no tech-bro Tesla, either. It’s dead quiet and possesses a far superior level of fit and finish, at least in my sampling of PR-curated units. The cabin is so isolated at full throttle that the powertrain is quieter than a $169,000 Lucid Air Dream Edition, and is basically silent compared to the motor whine of a Rivian pickup. Reaching go-to-jail speeds happens in milliseconds, and your only indication of errant speeds are the dropped jaws of your fellow Texas truckers, none of whom can believe how effortlessly their clocks were cleaned by the electric Ford. Which is a thrill, but it’s also a stress free endeavor.

No longer is the F-150 struggling between ideal gear selection and turbo boost curves, as the Lightning’s instantaneous rush of electric torque is in a different league compared to the 10-speed automatic, Eco-Boosted truck that many of us know. With the Lightning, the F-150 now knows what each hand is doing, and these perfect dance partners do not disappoint in the twisties, too. With four-wheel drive, massive torque, a fully independent suspension and weight transfer worthy of a mid-engined McLaren, the Lightning corners like, well…a McLaren. Or perhaps a McLaren with four doors, a bed, and enough ground clearance for light trail use.

That’s light trail use, mind you. My experience on Ford’s off road course was a bit surprising. My spotter lined me up to crawl over a coupla rocks, and as the front wheels passed the obstacle, the truck subsequently smacked its skid plate/belly pan. (I wasn’t the only one to feel this, by now there must be a YouTube video published from the content creator who encountered the same rock and gleefully filmed the aftermath.) The locking rear diff did come in handy, but this ain’t no off-road beast. Be patient, as the aftermarket will have a lift kit for this F-150 in a matter of months, so let’s get back to that four-door McLaren analogy…

My goodness, this 6100-6500 pound rig hurls itself into a corner with passion and more than a smattering of grace. Thanks to a surprising amount of aluminum (control arms, knuckles, motor subframe, and the entire body), two low-slung motors at each axle, a battery pack that’s both underneath the cabin and grows in girth after crossing the driver’s seat, and a brilliant quartet of coil springs and dampers, the Lightning rockets out of corners with little more than an occasional tire chirp from the outside turning wheel. Sport mode tightens up the throttle mapping and firms up the tiller, which only adds to the fun offered by Ford’s trucky EV.

The ride is still big truck cushy, and the one pedal driving mode is tame enough to ensure spines won’t be thrusted forward due to inexperience. This rig would be absolutely bonkers with a set of Cayenne-worthy performance summer tires, but even the stock rubber held its own, both on the road and the small rallycross provided to us by our Blue Oval hosts.

That said, all it takes is one prolonged push of a button to disable the active handling nannies, which is a joy for those with modest rally experience and a modicum of restraint. The Lightning has no qualms with delivering acres of oversteer, while insincere amounts of throttle ensures a swapping of ends. (Luckily the Lightning’s throttle mapping is more progressive in the off-road mode mandated for our rallycross.) But what if we were left alone to our devices? All this weight, unrestrained torque, and disabled nannies ensures this could be a loaded weapon for the uninitiated or inebriated. A danger not unlike any other vehicle, but perhaps to a greater extent. My sometimes terrifying experiences with furiously-piloted dozers prowling Texas stroads aside, the Lightning’s engineering speaks volumes.

For starters, the in-car technology is nicely sorted, and tailored to several demographics. It’s not perfect, however. Most notably, Ford’s Blue Cruise self(ish) driving system works brilliantly on interstates, but gets a little confused when painted lines turn into Bott’s dots in a construction zone. For the fleet buyers and automotive luddites among us, the Pro and XLT trim levels have more than enough going for them: simple user interface, easy to scan screens, effortless smartphone integration (via Sync 4) and plenty of physical controls for both the audio and HVAC systems. The rest of the interior is pure F-150, a cabin with enough R&D money thrown at it to rival the likes of a luxury car. The Lariat and Platinum models add a 15.5″ center screen reminiscent of the Mustang Mach-E, a fantastic adaptive cruise control system, and two flavors of Bang and Olufsen audio systems with an improved subwoofer. Too bad the Platnium’s B&O setup, even with 10 more speakers than that of the Lariat still has muddy, dirty, unclear audio reproduction in the front half of the cabin. Thankfully the Platinum’s two-toned thrones are Black Label Lincoln worthy, with a diverse set of massaging options to help alleviate the stress induced by Bang and Olufson’s sonic b.o. problem.

Even with unique grille treatments and emblems on the fenders, sometimes its hard to tell which trim level you’re looking at, since all Lightnings come with fancy wheels, aerodynamic enhancements, color matched parts, and can only be had in the crew cab configuration. The Lightning Pro replaces the XL trim level in a fleet manager’s heart, complete with rubber floors and manual seats. The XLT adds stuff like carpeted floors, body colored bumpers, a leather-wrapped wheel, and a Mercury Sable-worthy front light bar. Lariat models have standard leather seats, upholstered/stitched interior panels, a rear heckblende to match the front light bar, and charcoal 20″ wheels. Platinum models have significantly improved interior and seating accoutrements, and have a Ford logo in the steering wheel devoid of blue coloring…sacrilege!

All models sport a variety of features unique to EV propulsion, most notably the massive frunk that swallowed four traveling journalists’ worth of luggage, opening and closing at the touch of a button. More niceties include 9.6-kW of portable power (a.k.a. Ford Pro Power Onboard), an optional interface for powering your home in times of power grid failure (Ford Intelligent Backup Power), and the Lightning can even charge other EVs, provided they have a SAE J1772 charge port. Don’t be surprised if Tesla Service centers buy the Lightning Pro in bulk, and modify the latter to work with a Tesla charge port. Talk about customer service!

Speaking of service, that’s another element that could propel the Lightning to a Built Ford Tough standard never seen before. The extensive dealer network, parts/service availability, and the general popularity of the F-series seemingly ensures the Lightning shall live a stress-free life far beyond the warranty period. That’s partially because the integrated motor/transmission has an amazing service life: 150,000 miles between transmission fluid servicing, complete with an adorable little oil filter that’s surprisingly easy to reach. Brake fluid is changed every three years (an industry standard), and battery coolant is tested for “strength” on an annual basis. Aside from brake inspections, tires and wiper blades, that’s about it. And that’s no joke, especially for fleet buyers worried about ongoing costs in a difficult economy.

Perhaps you could care less about any electrified vehicle, even one based on ICE architecture. There are other reasons to get excited. The American made F-150 Lightning sports batteries made in Georgia, and it’s part of Dearborn’s $11.4 billion investment in battery plants for Kentucky and Tennessee. Regarding the often-sketchy supply chain for battery materials, Ford is working with Redwood Materials to amp up battery recycling efforts. Whether or not these efforts make the Lightning EV “green” enough to turn detractors into cheerleaders remains to be seen, but the capital investment in America is beyond impressive. You won’t see the same from the corporations behind your phone, TV, or any other high tech product.

No matter, the machine speaks for itself: unless you need to tow heavy loads cross-country and/or lack in-home (or fleet) charging solutions, there are precious few reasons not to adore the Lightning. Ford’s own engineers are working on solutions for the long distance towing/charging needs (via Ford Pass app), but no matter, the Ford Lighting is a force to be reckoned with. It’s the Model T, the Mustang, the Taurus, the Lincoln Continental, the Ford GT (yes, really), and every Ford truck wrapped up into a single vehicle, and it is seemingly engineered for the decades to come. Get excited for the present, and be hopeful for the future. 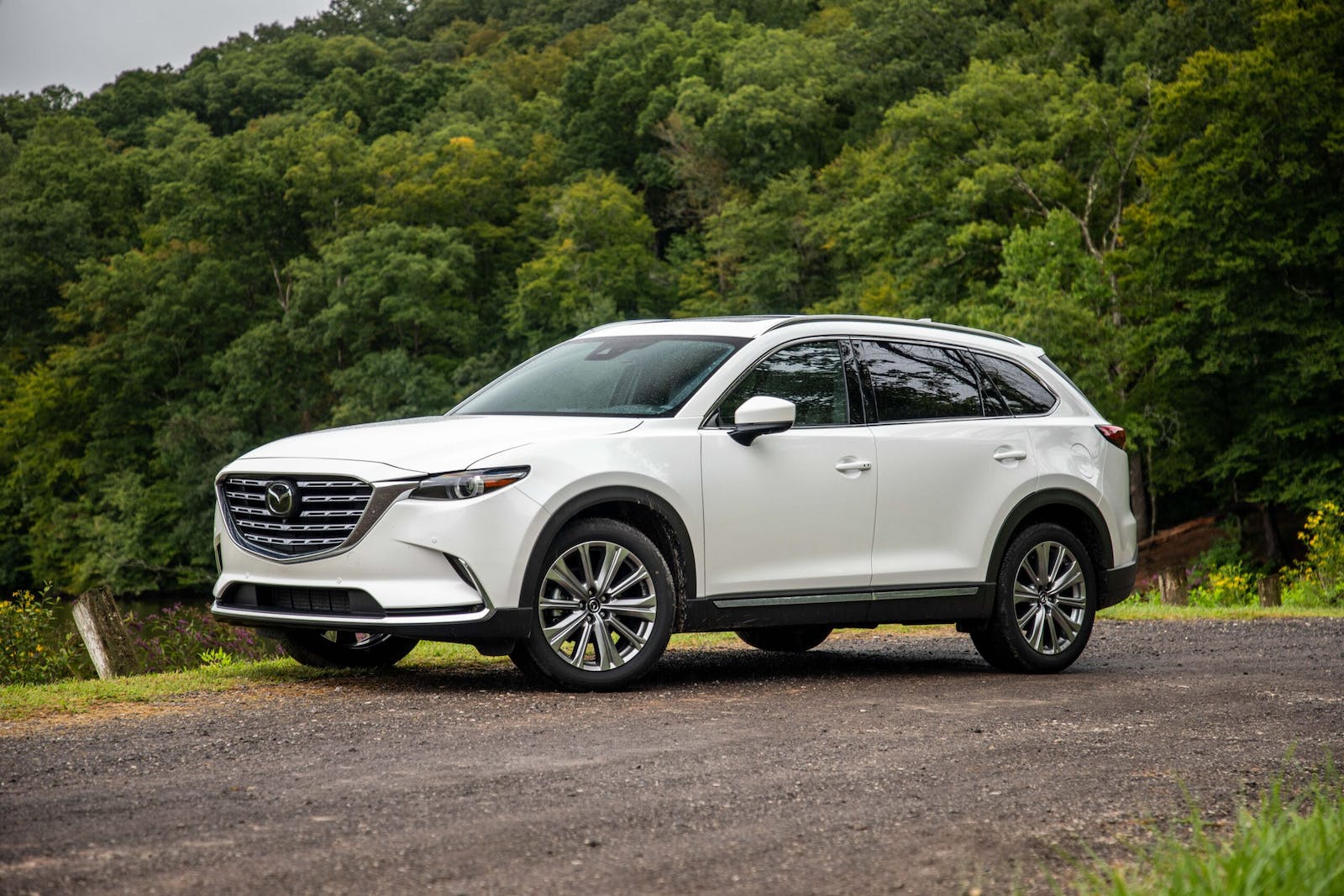 Get an insurance quote
A Story About
Share Leave comment
Read next Up next: Cadillac’s supercharged, $150K Escalade-V is more powerful than your Z06