The most famous prewar cars generally fall into one of two categories: the plain, plentiful, and slow—like Ford’s Model T; or the extravagant, exclusive, and capable—like the Bentley 8 Litre. Jay Leno loves both ends of the prewar spectrum, but in this week’s episode of Jay Leno’s Garage he focuses on a prewar luxury heavyweight.

Founded by Walter Owen Bentley in August, 1919, Bentley Motors produced cars that were both durable and high-performance. The 8 Litre in this episode hails from 1931, an important year for the brand, in which W.O. sold the company to Rolls-Royce Limited. Despite the change in ownership, however, Bentley vehicles showcased consistent quality and attention to detail.

Leno’s blue Mulliner sedan is a prime example of a top-dollar car in the early 1930s. The exterior is subtle; some speculate that Bentley designers intended the 8 Litre to blend in with lower-cost automobiles on the street. In the throes of the Great Depression, gaudy displays of wealth were rarely in good taste, even if you could afford the extravagance.

The Bentley’s powertrain is a stout 8-liter inline-six. Those massive pistons are aluminum—at the time, this construction placed Bentley on the leading edge of engine technology. The twin carburetors are fed fuel by one of the more interesting pieces of prewar automotive tech: a vacuum tank. A small tanks sits on the firewall and uses engine vacuum to pull fuel from the large, rear-mounted gas tank to the small vacuum tank. From there, fuel is gravity-fed to the carbs. The engine makes enough power to push this relatively un-aerodynamic car to modern-car speeds. The four-speed gearbox allows 8 Litre to go surpass 100 mph—a fact Leno claims to have verified with his own GPS.

Leno claims that the interior is akin to a rolling library, and we can’t disagree. The 8 Litre perfectly marries style and performance, and it’s easy to drive. What’s not to love? The price tag, of course. Converted to modern standards, this Mulliner cost nearly $300,000. Luckily, it has aged like a fine wine.

Video Is this classic Dodge the Polara vortex of the 1960s?
Kyle Smith 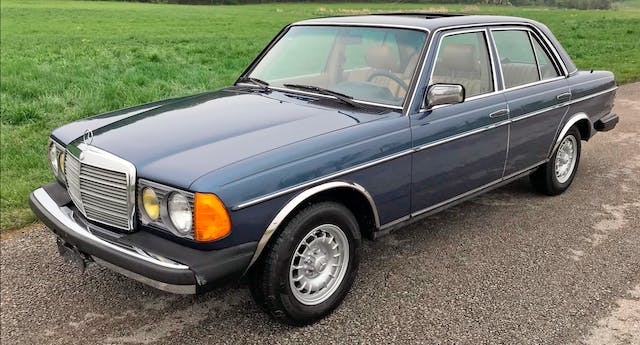