The end of the Model T’s reign was bittersweet

The world-changing Ford Model T was in production for nearly 20 years, and it would have gone on longer if Henry Ford had his way. However, as we learn in the final chapter of The Fifteen Millionth Ford Model T, Edsel Ford persisted—and was ultimately supported by other company executives—until his father finally agreed to move on.

“The End of an Era,” the fourth and final installment of the Historic Vehicle Association’s documentary, was released earlier today as part of the HVA’s Drive History video initiative, which will feature vehicles in the National Historic Vehicle Register, as well as interviews with influential automotive historians and preservation experts. Videos are scheduled to be released every Wednesday.

Part four of The Fifteen Millionth Ford Model T reflects on the car’s world-changing influence, even as other automobiles began to pass it by.

“The Model T had an enormous effect on the world at large. It just hit all the points that people wanted and, bingo, over time they sold 15 million of ’em,” says Bob Casey, retired curator of transportation at The Henry Ford museum. “[But] by 1927, it really was obsolete. One reason [Henry Ford] stuck with the Model T is he didn’t like the idea of people buying all these luxuries that he didn’t think were really necessary. He thought the Model T was all the car you ever really needed.”

“The world had changed,” says Christian Overland, former vice president and chief historian at The Henry Ford. “It’s the Roaring ’20s, and people are now buying cars that reflect their personality, their lifestyle. [And] they were looking elsewhere.”

Matthew G. Anderson, current curator of transportation at The Henry Ford, says the Model T was “the perfect car at the perfect time,” but its time had passed.

“The Model T was in production for nearly 20 years—introduced in 1908, built right up through May of 1927,” Anderson says. “A lot of Ford’s executives and engineers realized, even by 1922–23, that the car was a dinosaur; it was time to be replaced. So Ford finally, and reluctantly, was convinced it was time to let the car go.”

“Within Ford Motor Company there was a realization that this was a special event, the passing of an era,” Anderson says.

“Edsel Ford, Henry’s son, who was officially the president of the company, was driving the car off the line [and] Henry was sitting in the passenger seat,” Casey says. “There’s a wonderful picture of Henry and Edsel; Edsel looks happy—he’s glad to see this car laid to rest. Henry, on the other hand, has this pensive look on his face because he doesn’t really know what the future brings.

“He spent much of his life to [get] to this point, where he’s created this car and this company and this production system, and now it’s all going to have to change.”

Says Anderson, “If we had to describe the changeover that last day when the day the 15 millionth Model T was built … the word would be bittersweet.”

The historic T has been on display at Ford’s Greenfield Village ever since.

“The chassis, the engine, the transmission, the flywheel magneto—it’s all virtually the same as the first Model Ts that were produced in 1908,” Casey says.

Which, Anderson points out, makes it “a window into 1927. This is a preserved example of the vehicle just as it came off the Ford assembly line. Granted, it was a special vehicle and it was the last one, but it’s not as though they did anything different in the production techniques. It was still built in the same way as any of those other cars at that time.

“It’s hard to find original examples of these vehicles, but this is one. So this car becomes kind of the textbook, or the reference source, for people who want to find out, how did they do that all those years ago?”

Watch part four of The Fifteen Millionth Ford Model T below. The HVA is also planning to release all four parts in one uncut, 23-minute video on May 14 so that enthusiasts can enjoy the documentary in its entirety.

Next week, the Historic Vehicle Association will begin its Up Close series of videos about cars it has documented via high-quality studio photography. First up is the 1985 Modena Spyder, the Ferrari replica used in the hit movie Ferris Bueller’s Day Off. 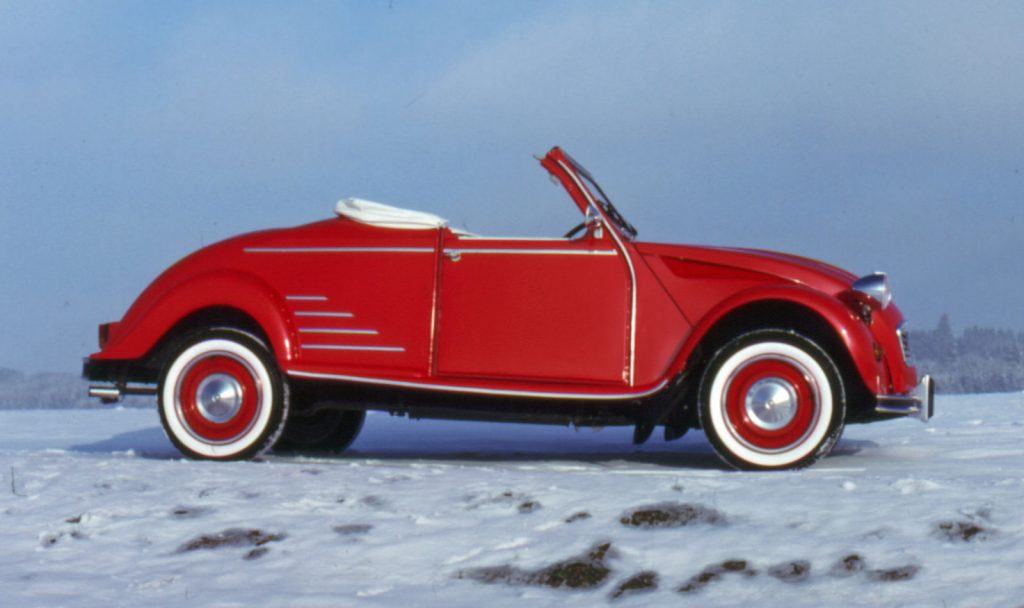 Automotive History At Mitsubishi in the 1990s, a convertible 3000GT was no simple thing
Sajeev Mehta