Can this Datsun 580Z convince you that engine swaps are worth it? 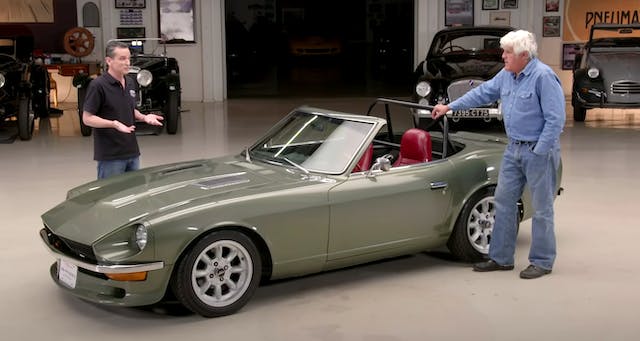 If the first automobile was produced on a Monday, someone was looking to swap another engine into it by Tuesday morning. We jest, of course, but the automotive aftermarket today proves that repowering just about any car is a task that many enthusiasts love to tackle. The powerplant in the car featured on this week’s episode of Jay Leno’s Garage is a polarizing choice for a couple reasons, but Leno finds the combo attractive. Does your magnet have the same polarization as Leno’s?

The Datsun 240Z was a sports car tailored for the American market. In fact, it set a roadmap for successful Japanese imports: comfortable, practical, affordable, and fun to drive. That recipe yields a delightful product, but good enough is not acceptable for some enthusiasts. James Smith is one of those types of people.

James bought this Datsun two decades ago with a lot of the heavy lifting already done. The original 2.4-liter inline-six engine was yanked and in its place sat a Chevrolet small-block V-8. Smith finished up the swap in the years before LS-based engines became so well-supported in the aftermarket, and thus this first-gen engine was warmed over with a few performance parts before being settled into the Datsun’s spacious engine bay. The amount of space available to service the American lump impresses Jay and really makes us wonder what could have been. There is another aspect of this car that makes that argument, too: the roof, or more correctly, the lack thereof.

The 240Z was never offered as a convertible from the factory, but just like those who see an engine compartment as a blank canvas, some see sheetmetal as a thing full of hidden opportunities. The roof was cut off when James purchased the car, but he was surprised at how well the shape of the car worked without the roofline. To compensate for the loss of stiffness, he added braces between the shock towers, both front and rear, along with a sizable rollbar behind the seats. The fit and finish of the conversion is tidy and surely gives the car a unique look, but the arrangement is far from year-round practical. Perfect for SoCal, but less so for many other part of the world.

We think this custom is eye-catching and it certainly looks fun to drive. Kudos to you, James, for finishing this car in a tasteful manner and taking it out to enjoy. Mashups like this don’t always get finished up so nicely, and maybe your project will convince a few folks that swaps and customizations can work.

Is this something you would drive? Let us know in the comments below. 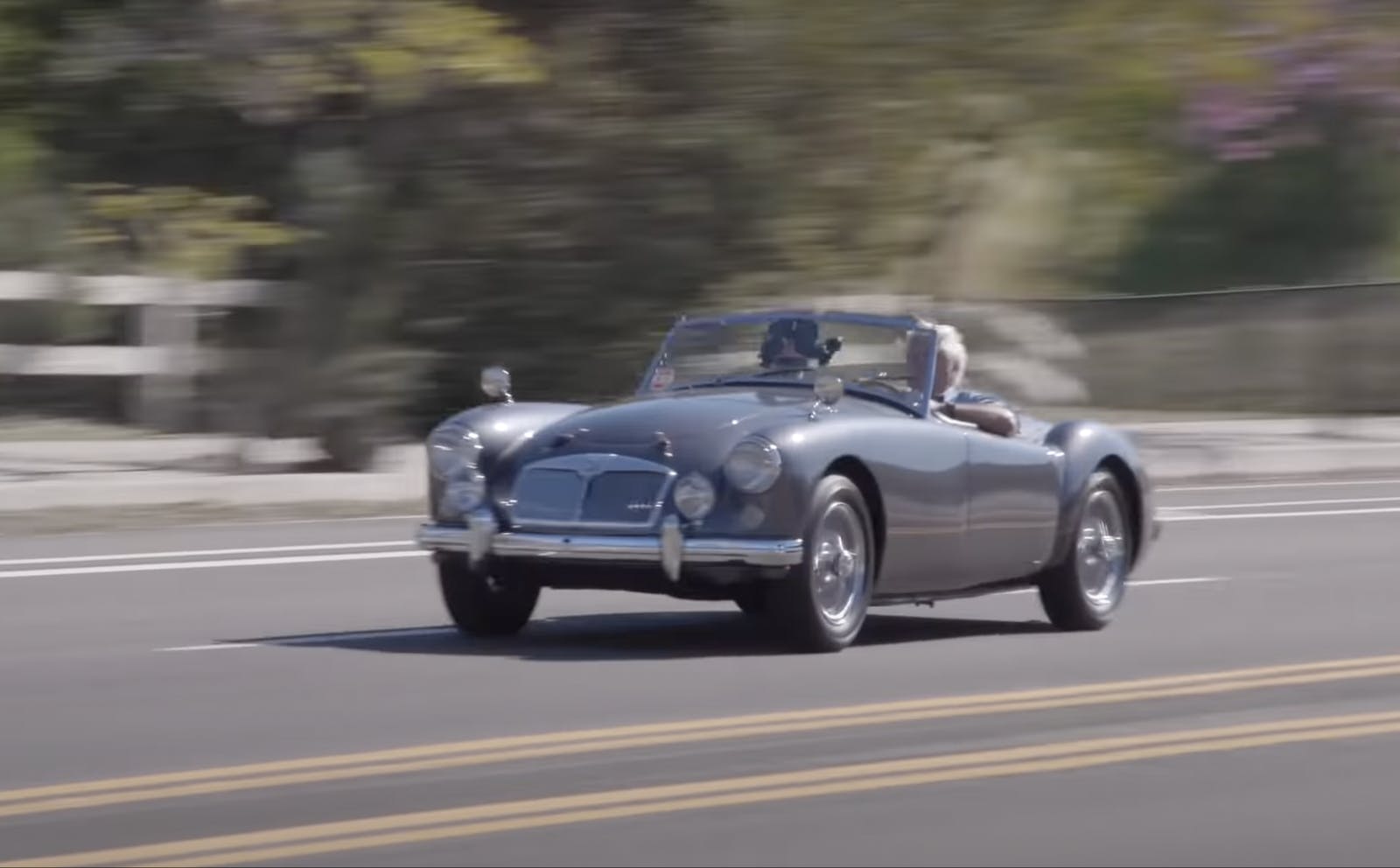