It’s winter, and the machines are rebelling

I’ve written previously about keeping my snowblower running, and how troubleshooting it is almost always simple application of the old adage, “You need spark and gas.” I’ve also expressed the opinion that, in both the snowblower and the cars I store over the winter, I’ve never felt the need to use fuel stabilizer because I’ve never had a no-start or running problem that I correlated with stale fuel.

Hold the hate mail. I’m not an idiot who is in denial about the problems associated with both E10 (10 percent ethanol) gasoline and ancient fuel in long-dead cars. To be clear, I’ve certainly experienced the puffy, degraded fuel lines associated with ethanol, and I’ve drained stinky old gas out of long-dead cars and cleaned the entire fuel system before starting them—including scraping the gooey varnish off the bottom of gas tanks with a spoon. But I’ve never had fuel problems with a car that sat for 3–6 months. I keep the tank full to minimize condensation and try to drive them at least once during the winter. And I run both the snowblower and the generator dry at the end of the season, or at least try to remember to do so, so they don’t sit for nine months with E10 in the tank.

“Well,” you cheerfully offer, “just use ethanol-free fuel.” Easy for you to say. This is not the slam-dunk in Massachusetts that it is in other states. Yes, I know that if you look on pure-gas.org, it lists 31 places in Massachusetts that reportedly sell ethanol-free gas, but I’ve read the list. I’m virtually certain that they’re all airports selling aviation fuel, performance shops selling race fuel, and yard-machine repair shops and marinas selling four-cycle fuel products like TruFuel or VP, most of them in one- or five-gallon containers, and they’re all very expensive. I don’t think there’s a regular drive-up gas station anywhere in Massachusetts where you can fill your car or gas can with the inexpensive regular-octane pump-grade E0 that’s available in other parts of the country.

So, it’s just pump gas for me. With no stabilizing additives. Because I didn’t think I needed them. That is, until this winter, when it came back to bite me. At least it did in the snowblower.

It’s an old MTD 524. I bought it a few years back from a guy in my town who rescues old snowblowers, lawnmowers, and lawn tractors and refurbishes them. I loved his eccentricity and passion and saw in him a kindred soul who, like me, loves old “they don’t build ’em like this anymore” machines. I paid more for it than I should have, but I thought I was buying a one-and-done solution, and I liked supporting him and his little boutique operation. Unfortunately, from the get-go, it didn’t really work out very well, as the snowblower would die while running and then refuse to restart. He insisted that a combination of my working it too hard and friction caused by ice-up on the impeller was causing it to die, and I didn’t think that was the case. The past two winters, I had to drag it into the garage—which is not easy to do when there’s snow in the driveway—to troubleshoot the dies-while-running problem, and never got to the bottom of it. To me, few things say “I made bad choices” like having a snowblower usurp valuable garage space in winter.

Last month, with the first snowblower-worthy storm of the season approaching, I dragged the MTD out from under the back porch and stretched an extension cord to run the electric starter (I’m still a spry 63-year-old guy, but I’m done using my back and my right arm to coax recalcitrant engines back to sputtering life). I got a gallon of fresh gas from the service station, unscrewed the cap off the MTD’s little tank, and was horrified to find it about half full—I hadn’t drained it or ran it dry at the end of last season. D’oh! I emptied it, refilled it with fresh gas, and tried to start it, but it wouldn’t fire.

I undid the shroud around the carburetor, grabbed a can of starting fluid, sprayed it in the throat, hit the pushbutton start, and the Tecumseh engine fired up immediately, ran for two seconds, then died—the textbook symptom of an internal combustion engine getting spark but not fuel. I verified that fuel was filling the float bowl, then dropped the bowl and slid a paperclip up the main jet as I’ve done in the past. When that didn’t bring the vroom, I pulled the carburetor off, took it apart, cleaned out the jets, blew the passages out with compressed air, and put it back together. It made no difference.

I posted this to my Facebook page, and a few friends chimed in that they’ve had good luck with the inexpensive Chinese-made replacement snowblower carburetors sold on Amazon. I searched for carbs for the Tecumseh HSSK50 engine and found pages of them. As I often do, I simply selected the one labeled “best seller.” My $15.87 bought a new “HOOAI” brand (sort of like an Army “HOOAH,” but more self-centered) carb kit that came with a new petcock, push-button pump, fuel lines, and clamps. Undoing the old carb, transferring the choke and throttle hardware to the new one, and installing it was perhaps a 15-minute job, even outdoors with cold hands.

Since, by this time, it was beginning to flurry, I replaced only the carb and left the ancillary fuel components for another day. The MTD started easily and continued running. It was extremely satisfying. So far, the dying-while-running-and-refusing-to-restart problem has not resurfaced.

Given that there’s really not much to these little carburetors, and that I’d blown out the old one and it still didn’t work, a new one fixed the problem immediately. I had to admit that the cause was that likely the old one was internally plugged somewhere, and the cause of that was likely me leaving it full of old E10 gas.

Next—and I mean immediately next, since a blizzard was forecast in the next 12 hours—was the generator. I’ve had this Honda EM2500 generator for 30 years. For the most part, it’s Honda-reliable, but, as with the snowblower, I’m not really the best caretaker. Like the snowblower, it lives under my back porch, and I ignore it until I need it. I have a heavy-duty extension cord running from it to inside the house, connected to one of those no-no adapters with male plugs at both ends that I use to back-feed the house’s electrical panel. When the power goes out (which it does very rarely here in the tony suburbs of Newton), I flip the main breaker to pull the house off the electrical grid and use the generator to keep the heat on and the refrigerator cold until I see the lights in the neighborhood go on.

Having gotten the snowblower wrong, I approached the generator with trepidation, recalling the time about eight winters ago when the power did go out, I’d left the thing full of old gas, and I had to spend several hours with cold hands and a flashlight under the back porch, disassembling the carb and cleaning it. This time, I breathed a sigh of relief when I found that I had, in fact, left it empty. I filled it with fresh gas, tried to start it, and found that the retractor mechanism for the pull-start was sticking and not retracting the cord. I pulled it apart and lubricated it, then bolted it back on. I pressed my son Ethan’s strong right arm into service, but still nothing. I juiced it with starting fluid, and it did just what the snowblower did—fired right up, ran for two seconds, then died. So, like the snowblower, it had spark but no fuel, ergo it had a fuel delivery issue, even though I’d left it dry.

As I began to poke around, I found a disconnected bullet connector. I plugged it back in. Since the generator showed that it already had spark, I wasn’t really expecting it to make any difference, and it didn’t.

Having just gone through trouble-shooting fuel delivery with the snowblower, stepping through it with the generator was almost automatic. This time I found that the float bowl wasn’t filling. I blew the fuel line out, dropped the bowl, exercised the needle valve, and it filled. Unfortunately, when I called on Ethan and his right arm, the generator wouldn’t start. I went for the starting fluid, and to my stunned surprise, this time got nothing for my effort.

What the? How could enabling fuel delivery cause it to no longer fire up on starting fluid? I was mystified.

Then I remembered that I’d plugged in that connector. I looked at it again and remembered why it was disconnected. It was the connector to the oil level sensor. In the past, I’d found that sometimes the generator wouldn’t fire (the spark would be disabled) unless it was sitting on a laser-leveled surface, which the underside of my back porch certainly is not. I pulled the bullet connector back off, gave the pull-start a tug with my geriatric right arm, and was rewarded with an instant easy Honda start.

The third co-conspirator in the troika of revolting machines was the parts washer. I bought it from a local Tractor Supply store nearly nine years ago when I began tearing down the Lotus Europa’s engine. However, following The Law of Horizontal Surfaces, if I’m not using it, boxes tend to accumulate on it. I’m in the middle of refurbishing the cylinder head on one of my vintage BMWs (the subject of another article), so I had a lot of parts that needed cleaning. I cleared the boxes off the parts washer, turned it on, and … nothing. The electric pump had died. It turns out that this is pretty common; Craigslist and Facebook Marketplace are full of $40 Tractor Supply parts washers advertised as “needs pump.”

I suppose that it’s possible to remove the pump without draining the solvent, but the kerosene had been in there for nine years, so I drained it out, opened up the pump case, and pulled out the pump. The original AP2000 pump was no longer available, but the commonly used replacement, the Black Bull PWP40, was. Amazon was out of them, so I put my first-ever order in to Walmart.com. Grainger carried the little square filters.

The online documentation for the pump said to use water-based solvents only. I thought back to why I was using kerosene, and recalled that, before I hung a Modine Hot Dawg heater from the roof of my garage, I used a kerosene-fired torpedo heater. When I retired it, I had a few gallons of leftover kerosene, and, right or wrong, elected to use it in the parts cleaner instead of the water-based PSC1000 solvent I’d bought from Tractor Supply along with the parts washer. I laughed when I looked and found the five-gallon jug of PSC1000 sitting three feet away, covered by boxes. Problem solved.

So, sometime between now and spring, if you see someone driving with his tail between his legs (not that you could actually see that, but you get the idea) to pay exorbitant rates for the finest ethanol-free gas that Massachusetts has to offer, that would likely be me. But at least my parts are clean.

Rob Siegel’s new book, The Best of the Hack MechanicTM: 35 years of hacks, kluges, and assorted automotive mayhem, is available on Amazon. His other seven books are available here, or you can order personally inscribed copies through his website, www.robsiegel.com. 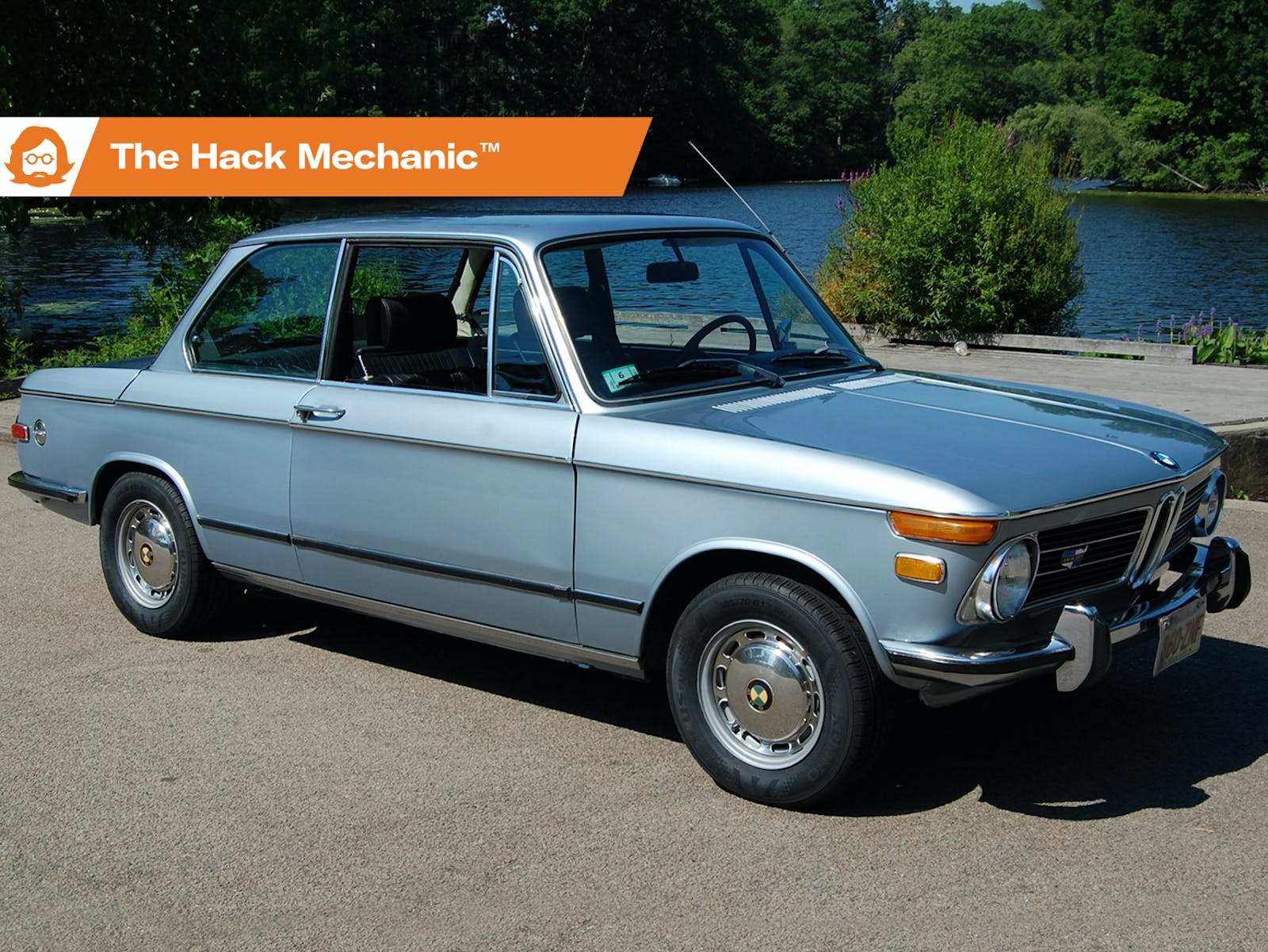 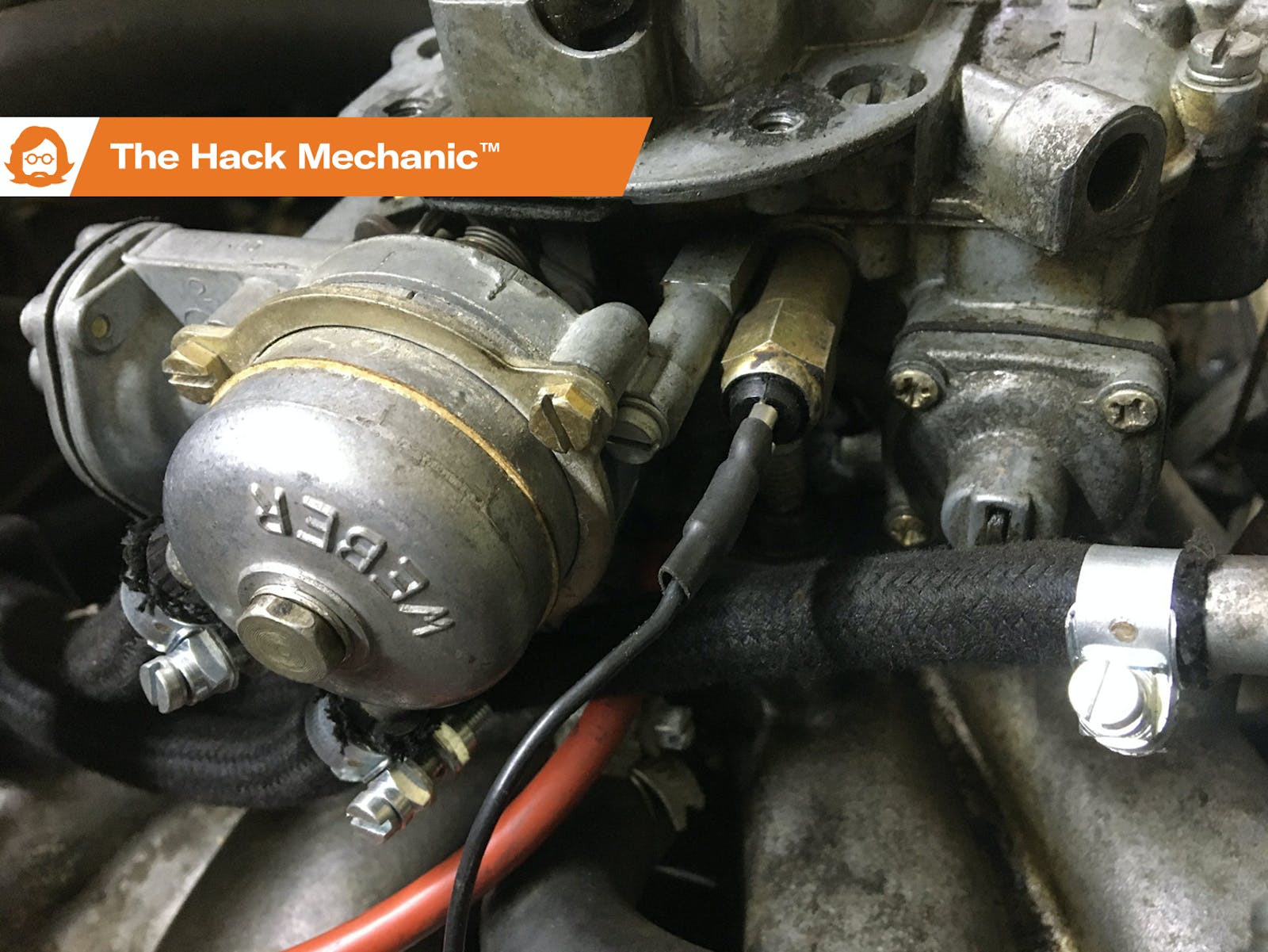 Get an insurance quote
A Story About
Share Leave comment
Read next Up next: Classic Club Coupe marks coming of age for the 996