Smithology: Homebound from the lost and found

I have two children. Little girls, ages five and seven. My sister, a charming, 35-year-old psychopath named Sarah, likes to come to my house and throw cards at them.

The first time this happened, I charted the pattern: The kids walked into the room. Sarah, playing solitaire on the coffee table, arched her eyebrows. She waved the kids over. They took the bait, because they are five and seven. You take a lot of bait at five and seven.

My sister leaned forward, as if sharing a secret.

“Fifty-two-card pickup!” said the adult, rearing back, throwing her hands up like a football referee.

“Hooray!” said the kids, the actual word, despite knowing nothing about cards. In a single grand motion, my sister gathered the deck from the table, a wide scoop with both arms, then threw the cards toward the ceiling, triumphant.

If life were a movie, those cards would have flown wide and high before slowly fluttering to earth like so much ticker tape in old New York. Because life is not a movie, however, the cards flew about a foot before falling straight down, splat and there you go, into a sad little pile on the floor.

Sarah slumped, dejected. “This went differently in my head.”

“Yay!” said the girls, pouncing on the cards anyway.

A smile bloomed onto Sarah’s face. Two kids, lost in the joy of the new and mundane. Because when you’re a kid, everything new is great, even the mundane.

That was two weeks ago. A week later, on a Saturday, I drove into the mountains. While standing at a scenic overlook next to a voting-age Acura Integra Type R, the car cooling and ticking after what was, in retrospect, a long and meandering run through the Smoky Mountains at an obviously legal speed in no way worthy of comment, I said to myself, once more and with emphasis,

And a small part of this vast and often unknowable world came ever so slightly into focus.

Back up a bit. My wife and I moved our family across the country last winter, from Seattle to Tennessee. The move was the kind of grand and unsettling change that leaves your life more than a little fuzzy around the edges for shorter than you expect but longer than you hope. On top of that, shortly after we began to unpack, the world met a global pandemic. Like many people, I spent much of the following months at home. I drove to the store; I drove home from the store; I drove few other places, because the country was mostly closed. The primary exceptions were short day drives through Tennessee’s national forests, chasing preplanned routes laid out online beforehand. Trying, in a car-person sort of way, to make a new place feel like home.

Home is a funny concept—a fixed address but often fungible, perpetually hard to define. So many things to different people. Where the heart is. On the range. A place to which you cannot, as Thomas Wolfe famously noted, go back. But if changing cities every year or three for the last two decades has taught me anything, it’s that you can’t sew up a sense of home from whole cloth. You have to assemble that mix of comfort and the familiar over time, steeping it like tea, even if the end result seems obvious from the start.

Everyone has their way in. My wife joins clubs and meets people. My dad seeks out hardware stores and hobby shops, mapping a new city by its cyanoacrylate and lacquer. My mom used to find comfort in scouting every Target in a new area code, then ranking her favorites.

Like a lot of people, I learned to drive at 16. In the 23 years since, I have lived in nine cities—some more than once, returning after years away. And whenever a place doesn’t feel home enough yet, I gravitate to people. Or at least to where they go. Some folks get lost in back roads to feel at home in a new place. I get comfortable with a new town by poking into its closets and junk drawers, the back alleys and odd neighborhoods. No set route or plan, just motion. U-turns through downtowns and meanders through neighborhoods. Aimless orbits of nearby suburbs.

This move was different. The pandemic happened, for one thing. The world shut down, and when it began to reopen, nothing was the same. You ever visit a restaurant when the place is empty, then go back when it’s full again, tables packed? Ever notice how the food can taste identical, in those two moments, but also entirely different?

So much waiting these days, watching the clock, as the country tries to get its act together. One day last week, it got to me. It began as a trip to the grocery, so I left my phone in the house on purpose, an unplug. Only when I left the store, I left town, turning into the hills. I couldn’t bring myself to go home again, to sit in the house that was both ours and not really, not yet. So many weeks of being there without option, so little time outside. A few bags of food tossed around the trunk, none of it perishable. They could wait.

The car found the county limit. Then the edge of the next county after that. Miles passed, then more still. Houses became scarce. The brakes warmed and cooled and grew a little grabby before finally settling down, scrubbing off glazing and pad deposits left by months of short trips and shorter heat cycles. The road meandered into the mountains and I blinked and we were somehow in North Carolina. A moment later the car was further south, close to Georgia. I thought about stopping but didn’t. Time passed, but I couldn’t tell you how much. The sun moved in the sky.

A left turn at an intersection here, then a right, randomly. That overlook appeared, suddenly, as if someone had flipped a switch and parted the hills, a postcard vista spread out on the windshield. Mountains, a wide valley, a river below. Green and wandering and unfamiliar.

A thought bubbled up and nosed around my skull, looking for purchase. Familiar words, though not ordered so in years:

No idea where I was. Didn’t recognize the landmarks. Didn’t have a phone to save the day. Didn’t know how to get home.

We are so oddly good at engineering our lives to reduce the unexpected. Why do we chase that in the first place? Was life really worse years ago, when none of us carried the world’s map in a pocket? Why is it always so hard to put that screen down, or away, or leave it in another county?

We will probably not miss this feeling when it’s gone. When every phone or car or brain implant has a GPS tag and a navigation system, inescapable and ever-present. We won’t miss it in the same way we don’t miss seeing the country through the windows of a Pullman car behind a steam locomotive, don’t itch to watch the landscape change under the smell of coal smoke. Along the same lines, one day, we will forget that the notion of “lost” existed in the first place, and we will move on, and the collective memory will be replaced by something else.

I thought back to the kids. How the card game was both awful and not a game, but they didn’t care. It was just … new.

The drive back to the house took two hours, or maybe three. At one point, after accidentally crossing into North Carolina for the second or third time that day, I began to follow the sun, heading west. A sign marking the Tennessee border flashed by in the passenger window. The corners came one after the other. I didn’t know where they went. Didn’t want to. It was dark. Time to go home.

Opinion Keep, sell, or toss? Thinning the parts stockpile is like prepping for a garage sale
Rob Siegel 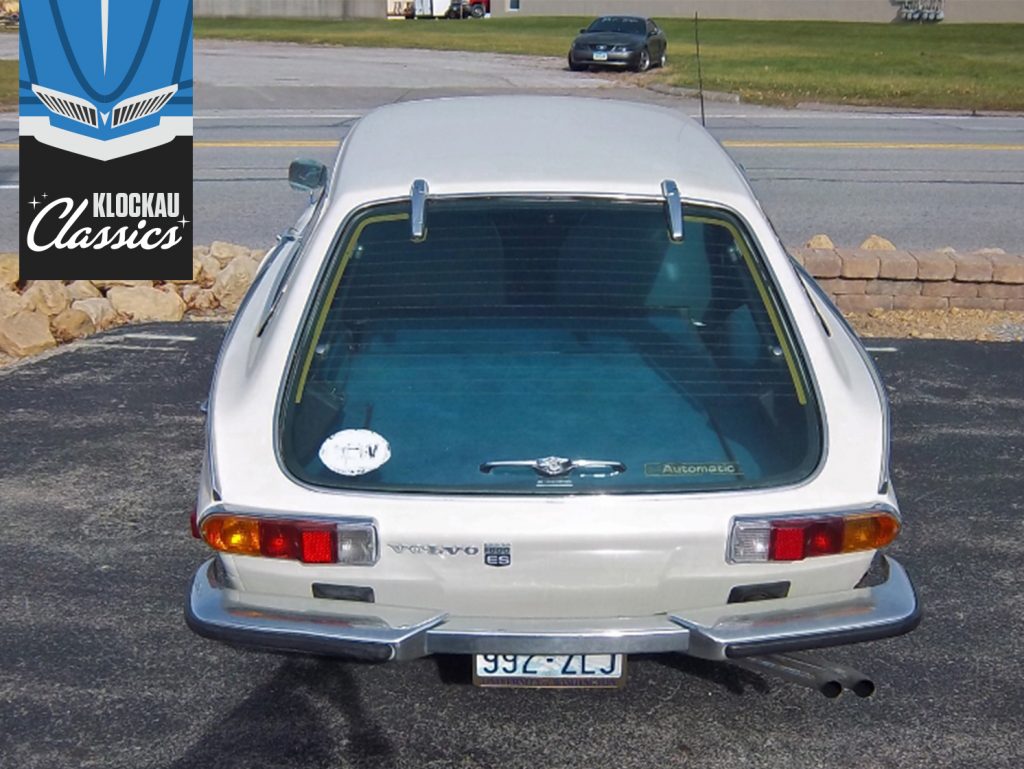 Opinion The most beautiful Volvo ever: 1973 1800ES
Thomas Klockau 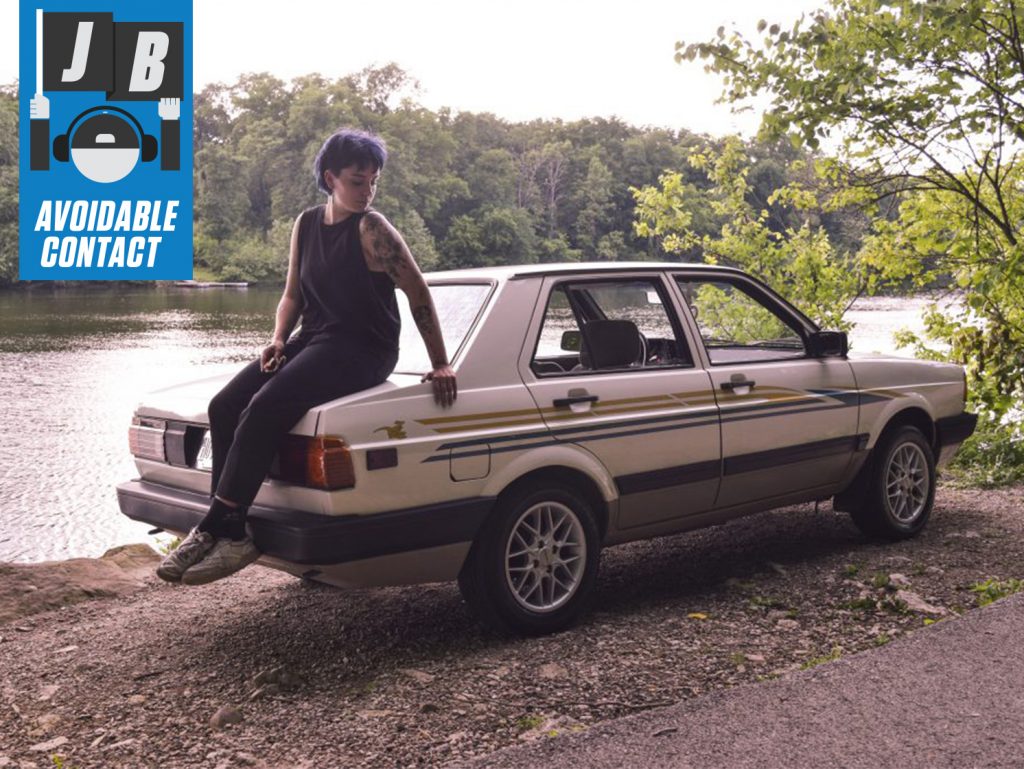